Dozens of posts dealing with the Canadian Centennial definitive issue (1967 - 1973) have been published in the nearly four years Postal History Corner has been on-line. Many of the posts will be revamped. The original post dealing with Centennial period domestic post card rates was published on June 11, 2014. 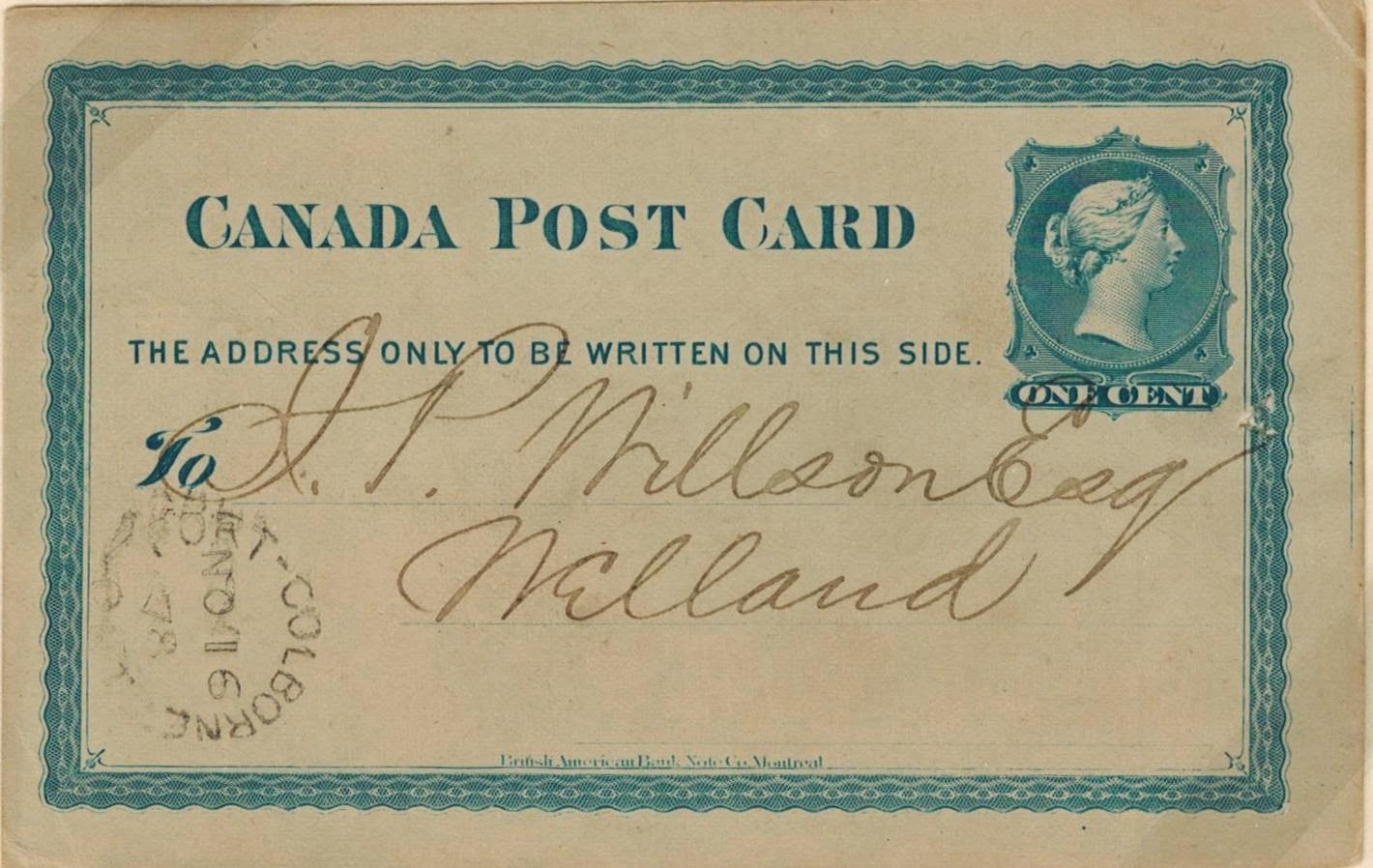 There were four post card rate periods during the Centennial era: 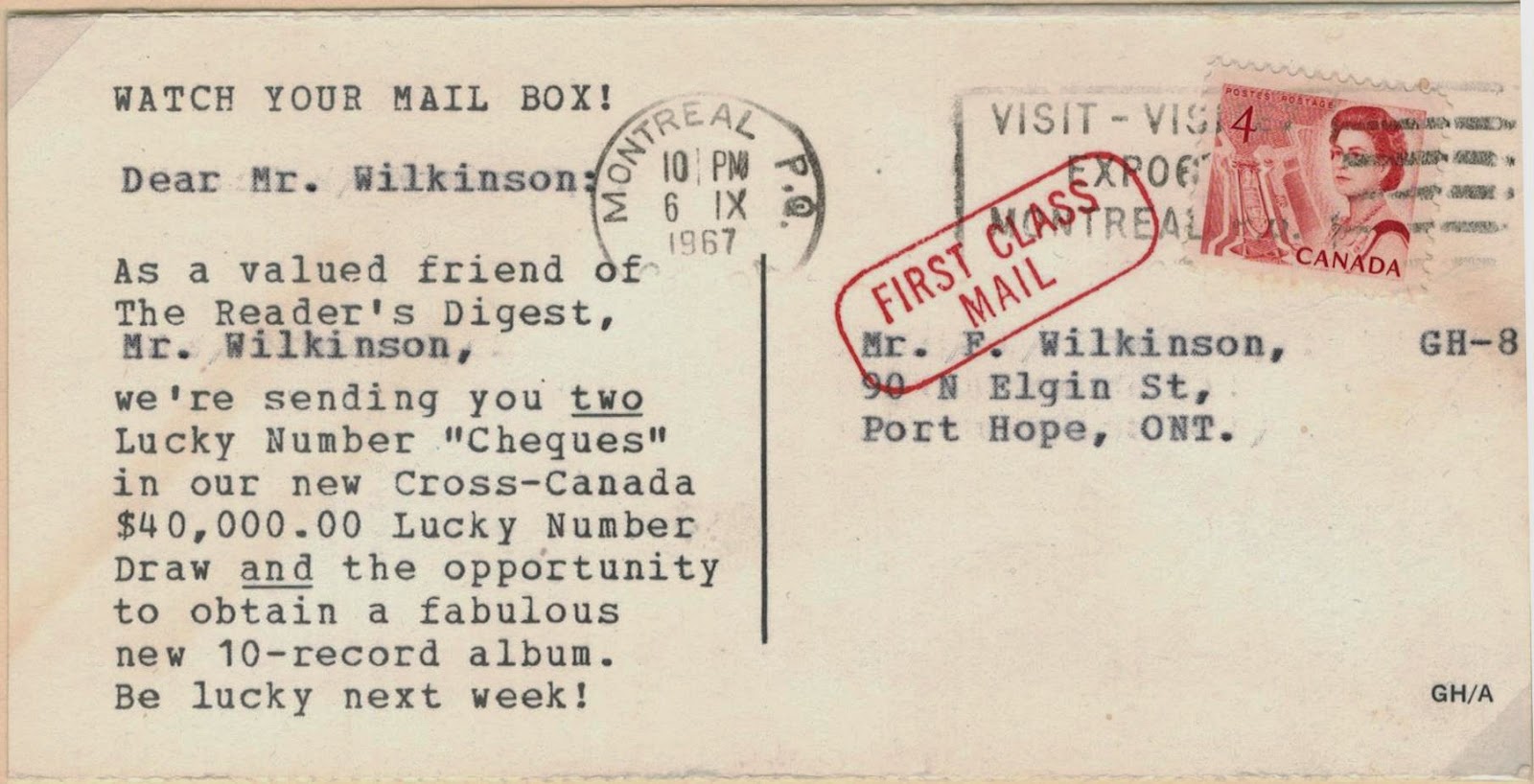 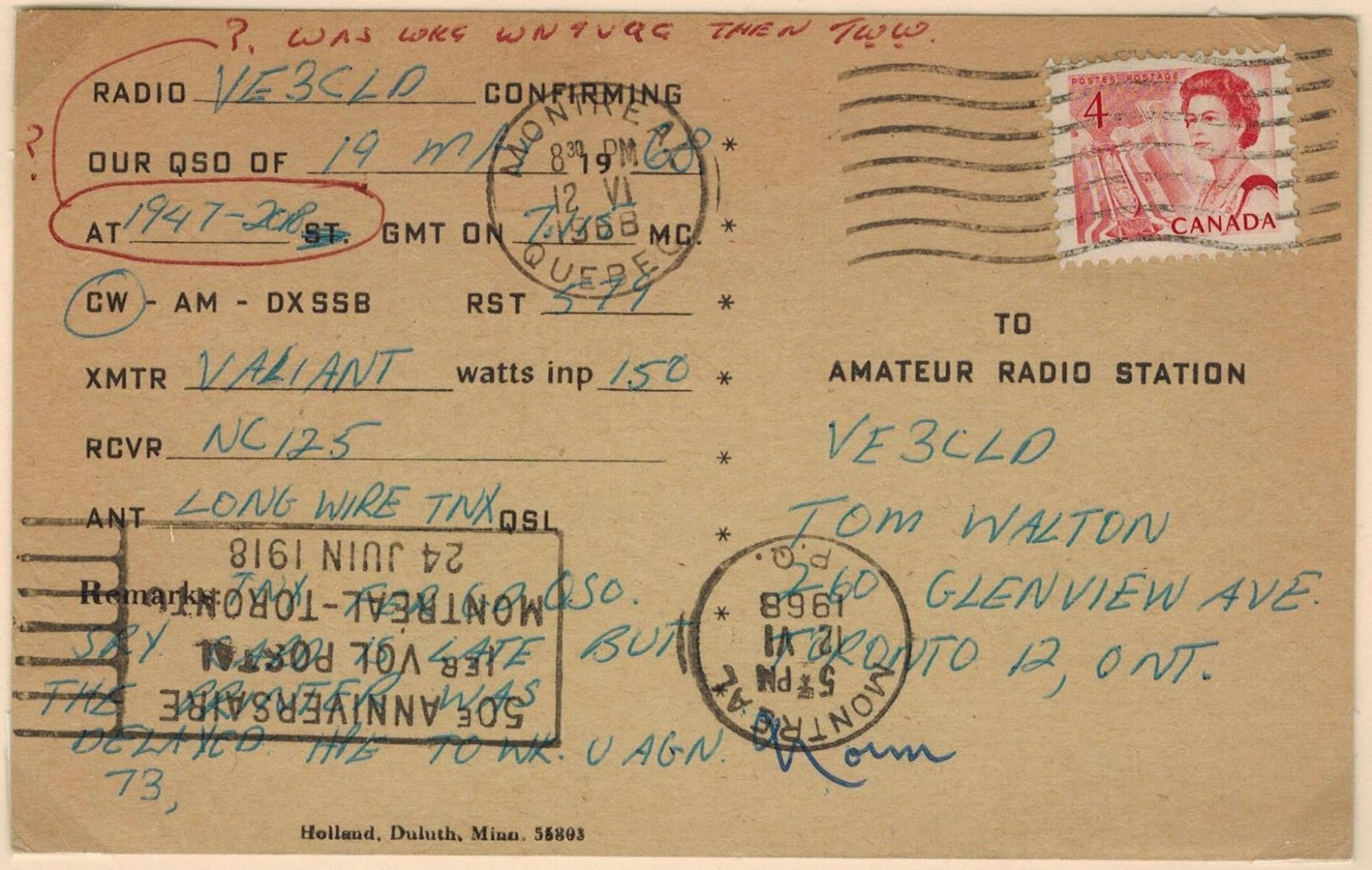 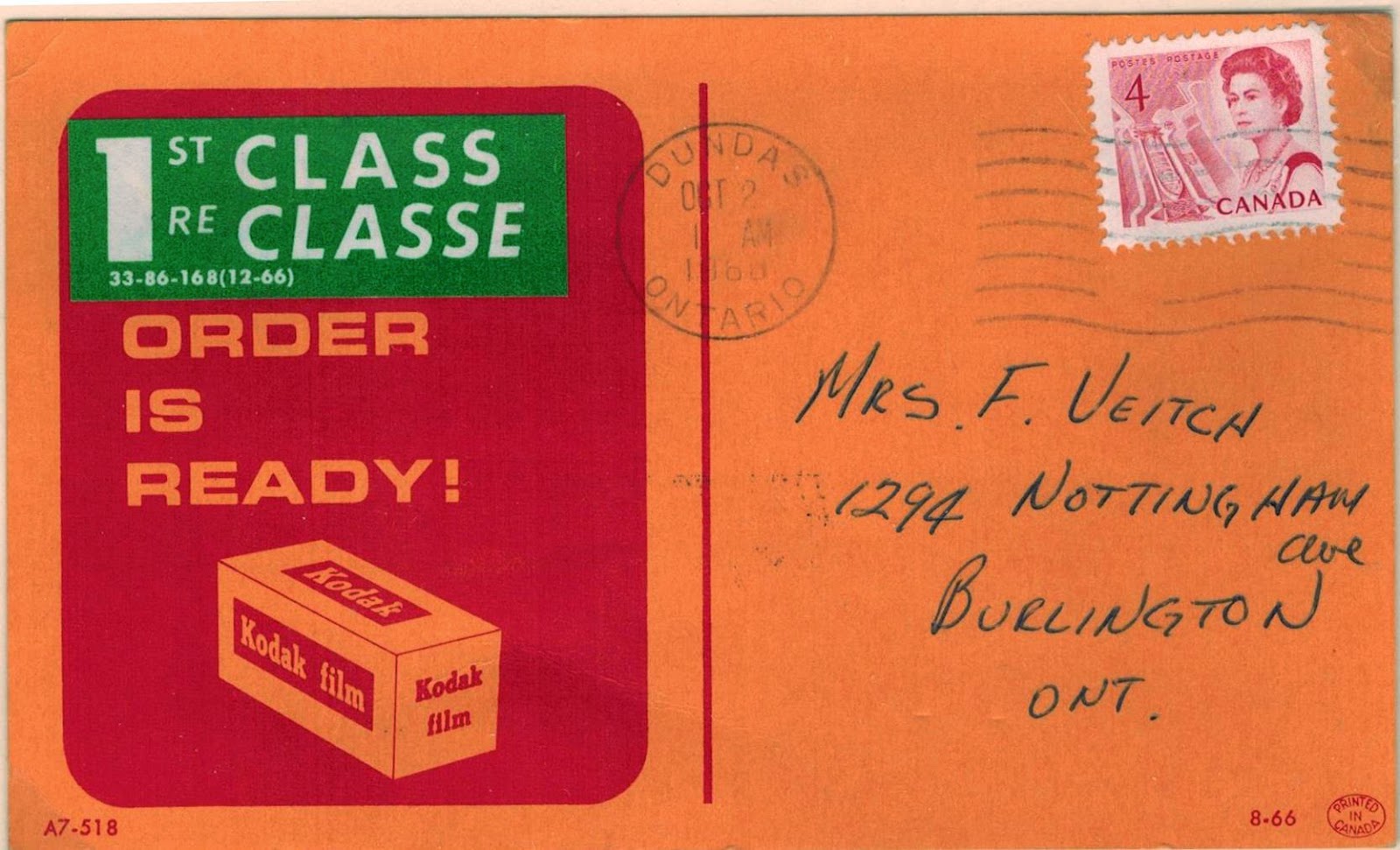 The maximum size permitted was 6" by 4". Cards not conforming to the allowed size were treated and taxed as letters. 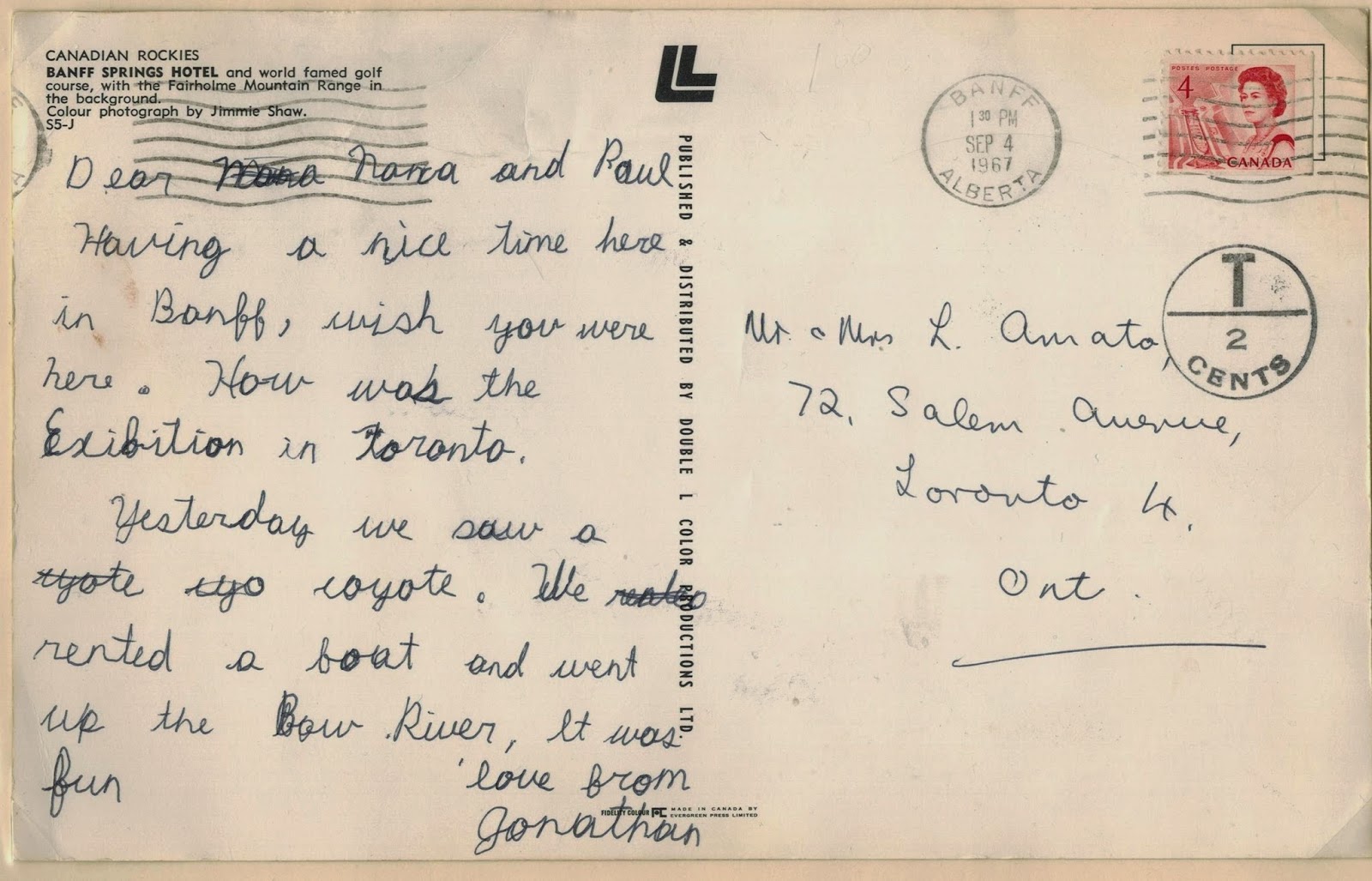 Banff to London, September 4, 1967
4 cents post card rate
Oversized and rated as a letter at the 5 cent rate
Shortpaid 1 cent and taxed 2 cents

Post cards bearing written communications (first class matter) posted unpaid or insufficiently prepaid were forwarded to destination taxed with double the amount of deficiency to be collected on delivery. 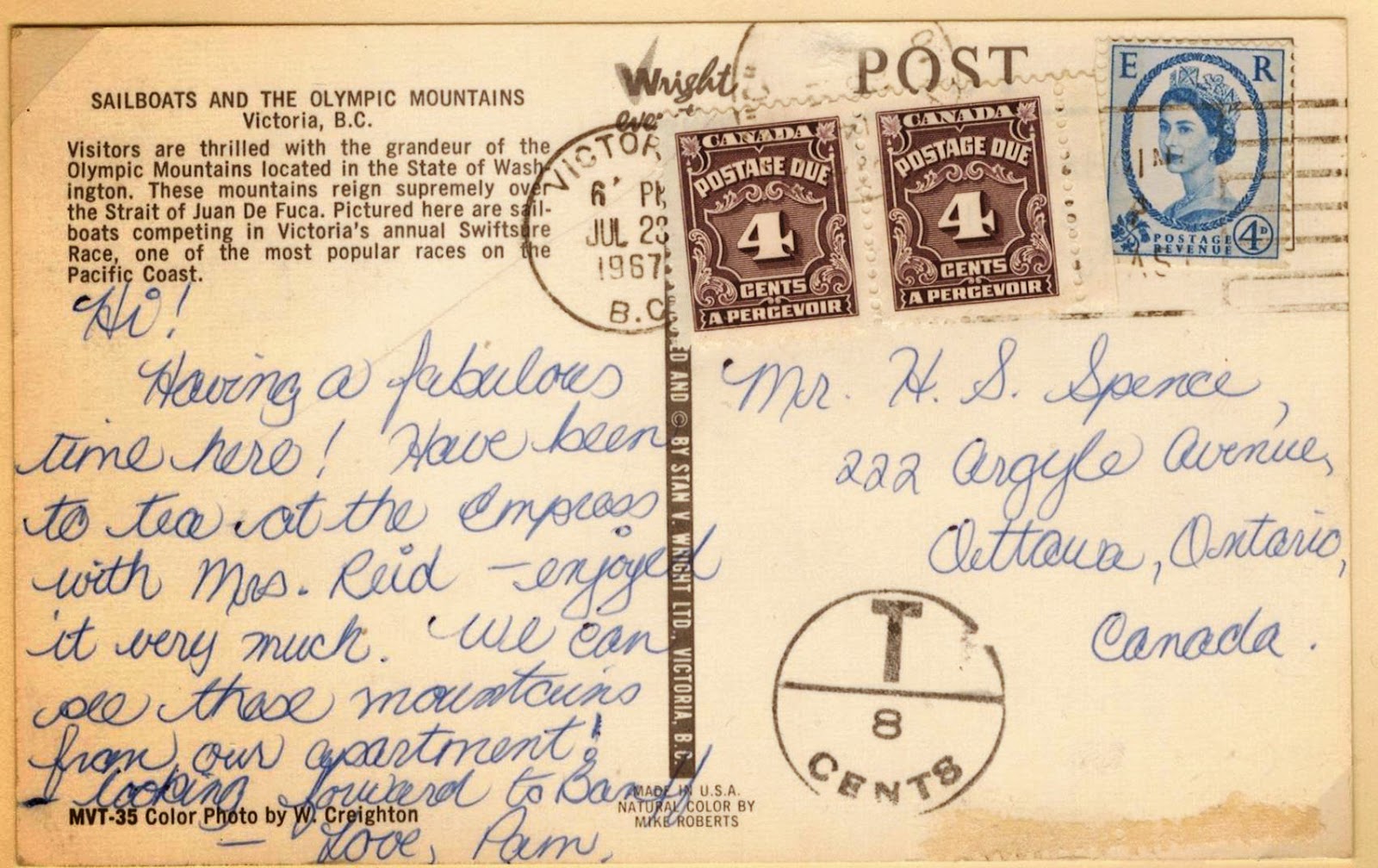 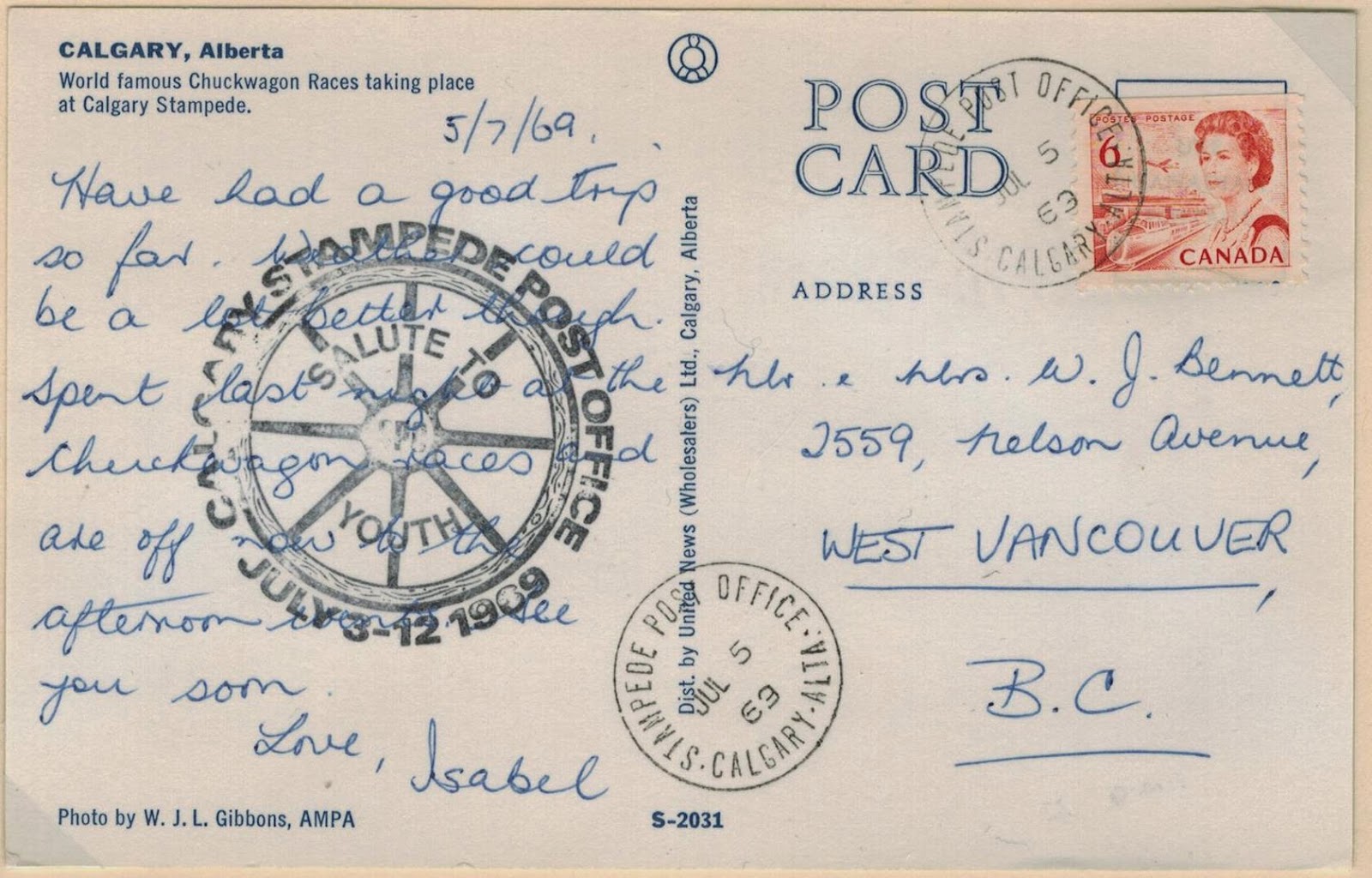 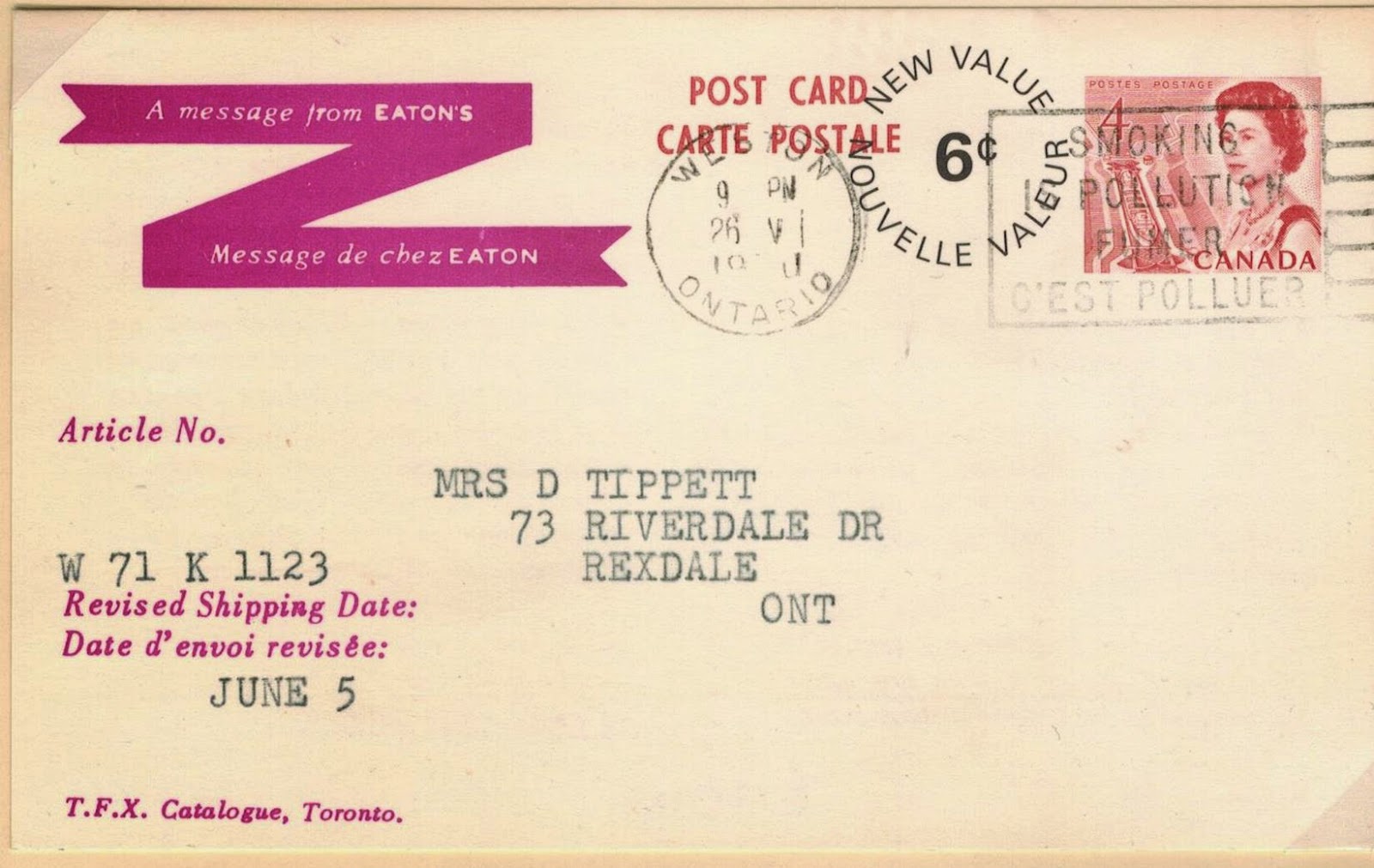 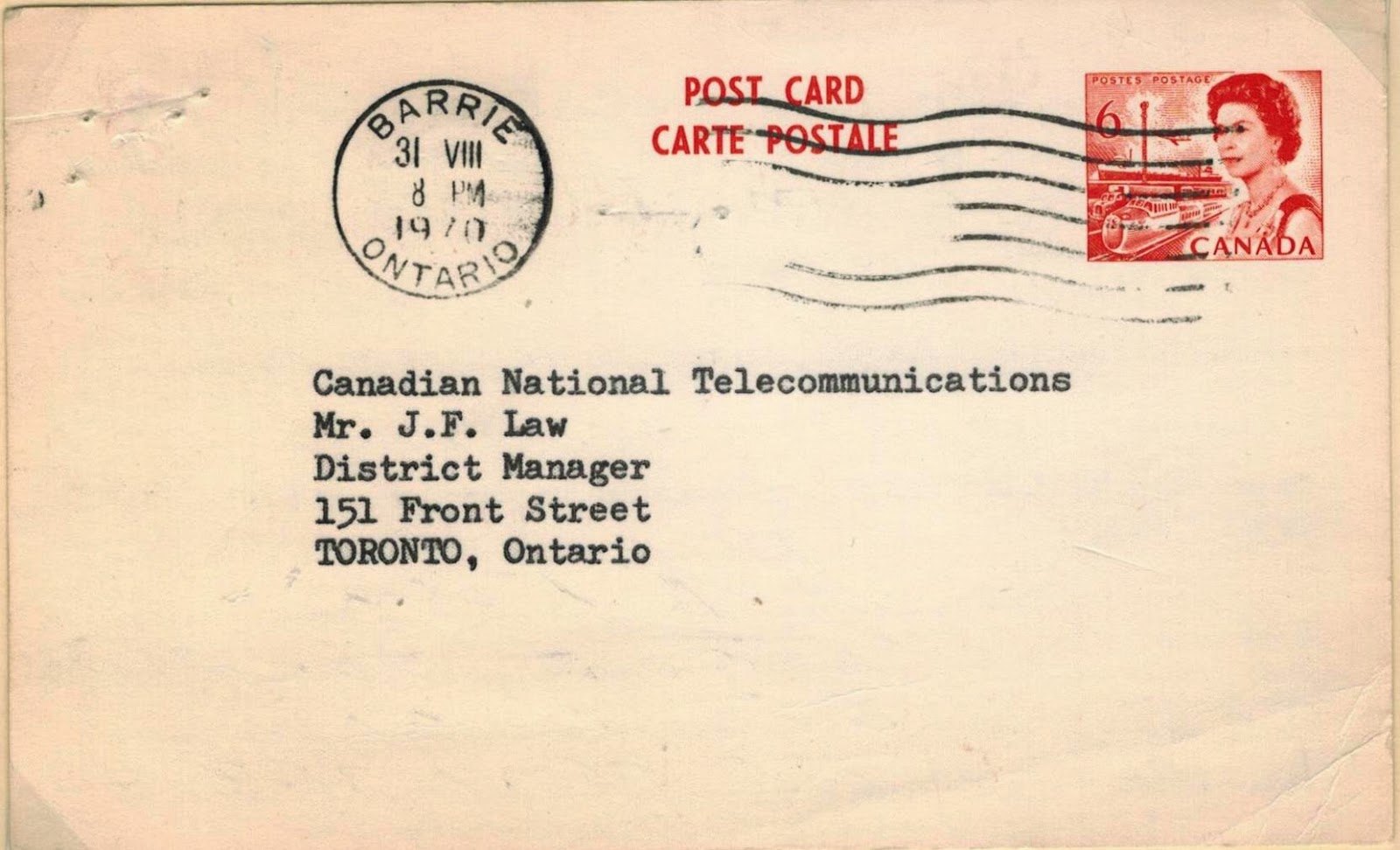 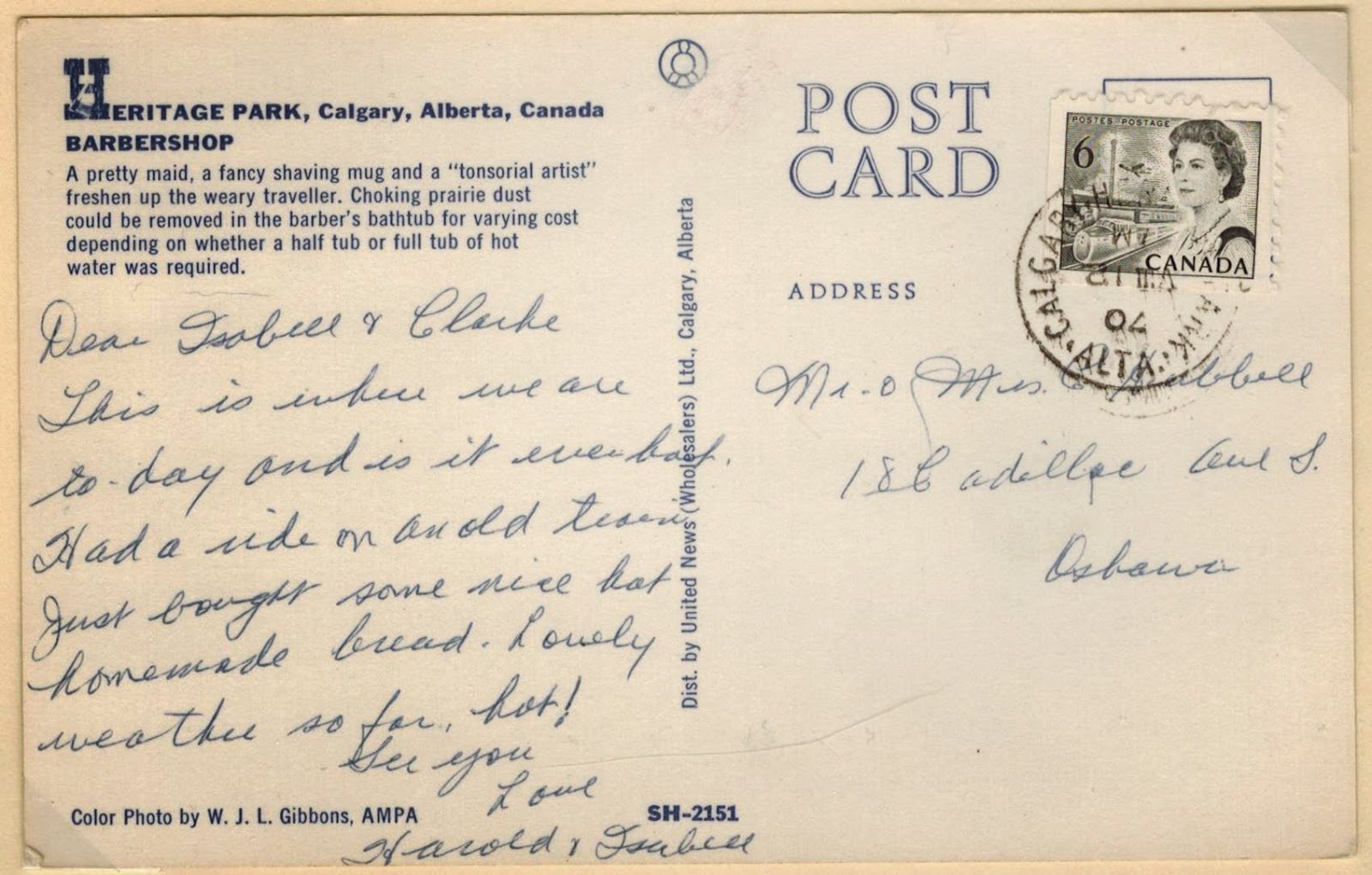 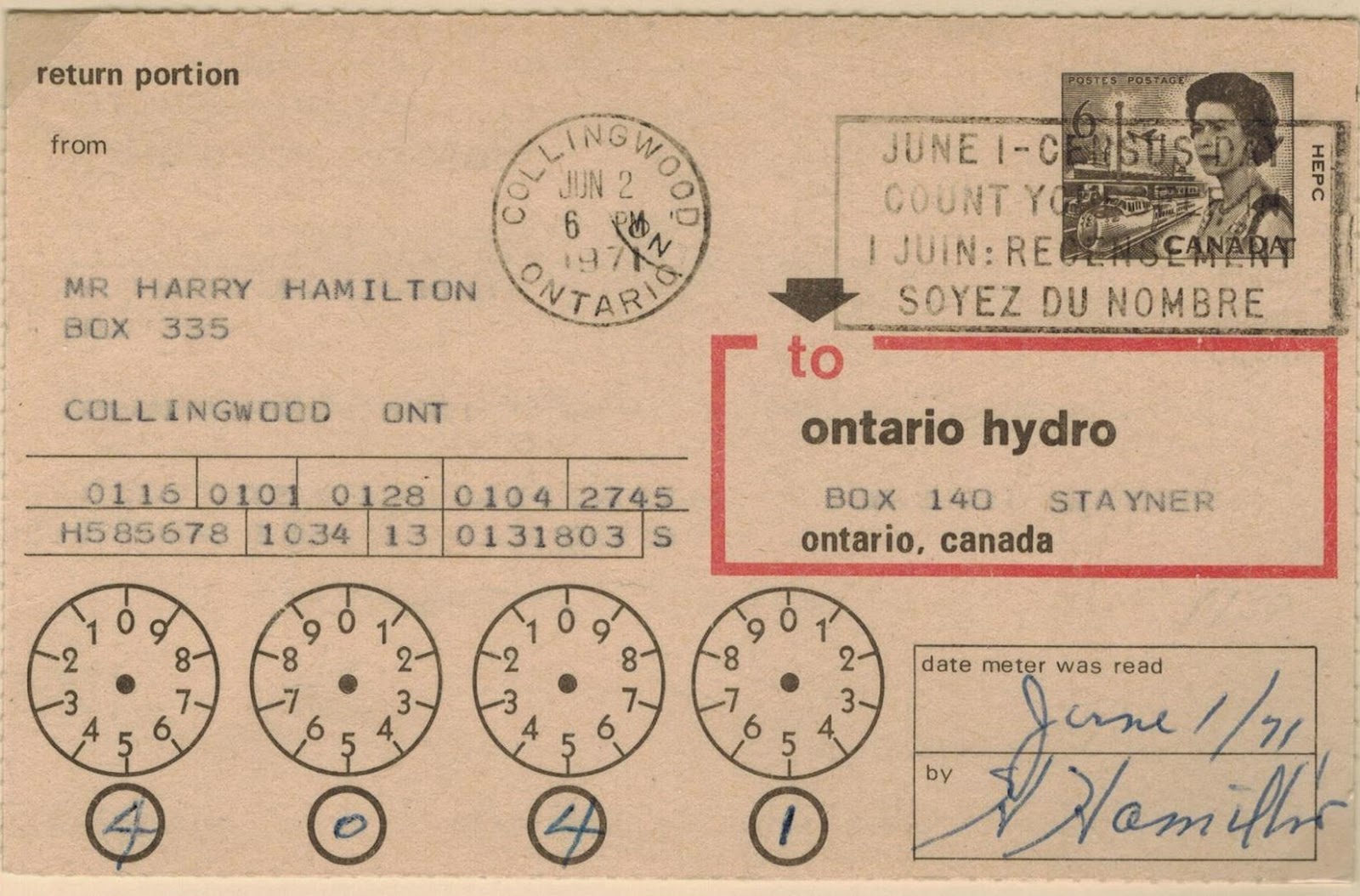 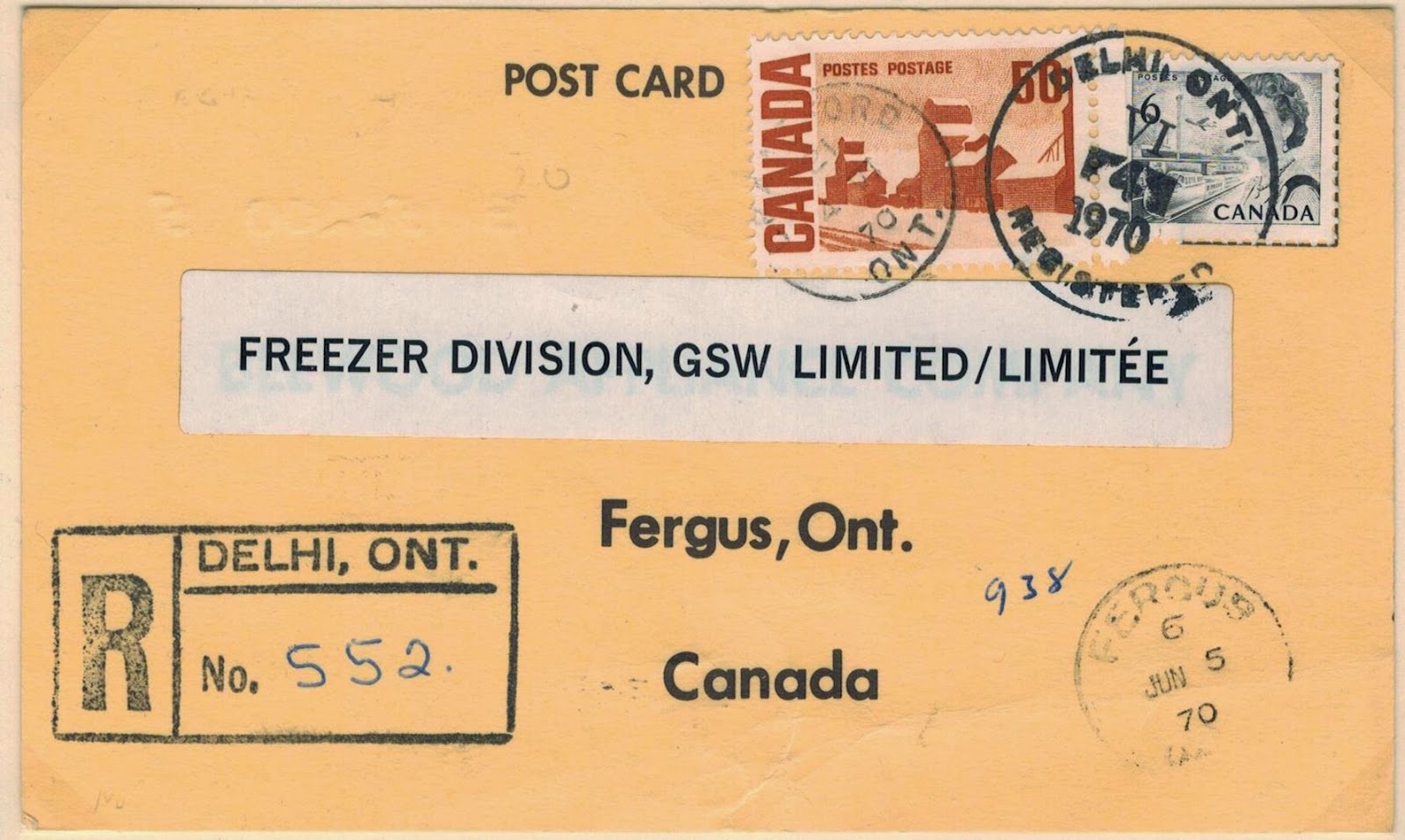 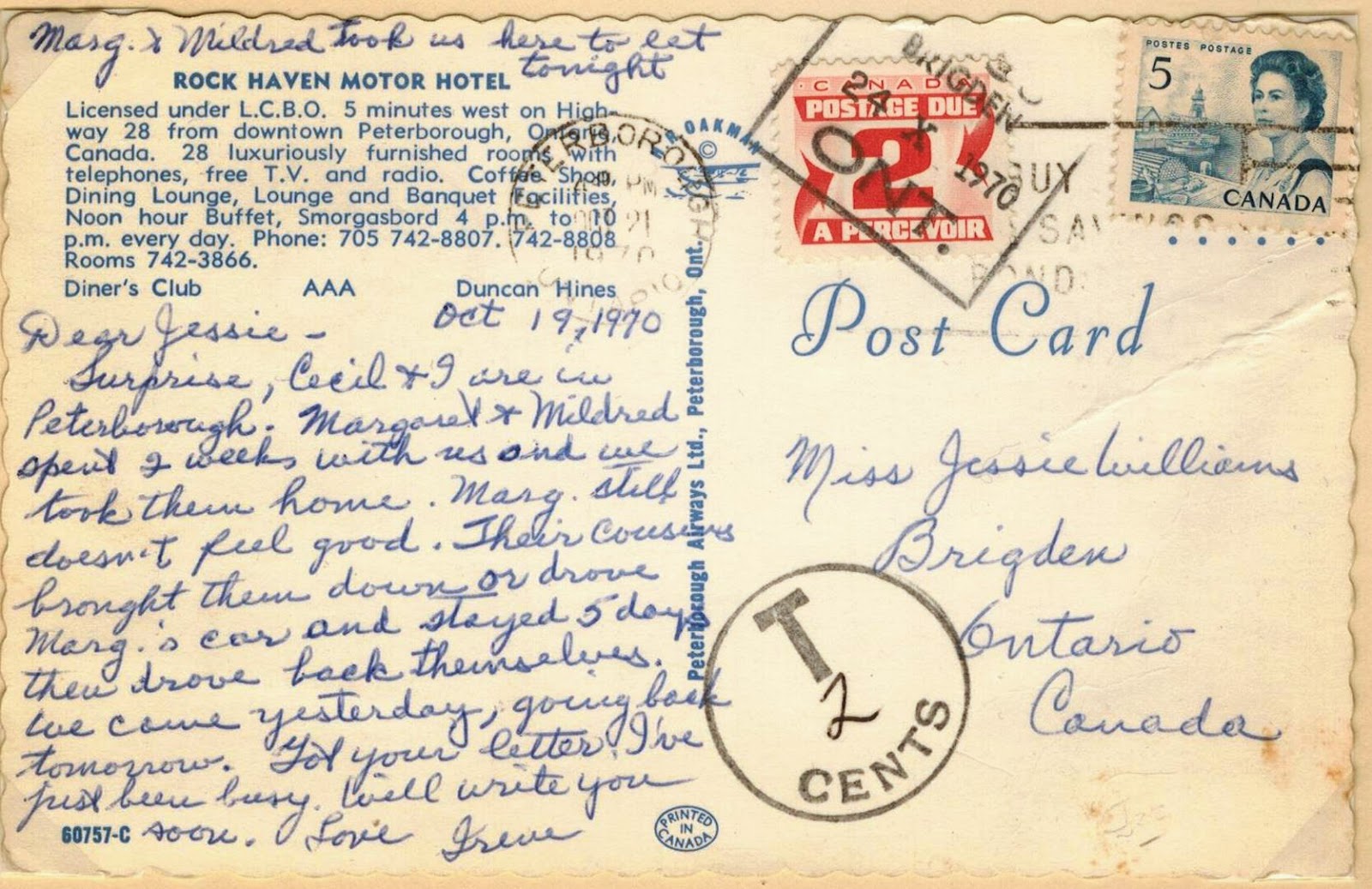 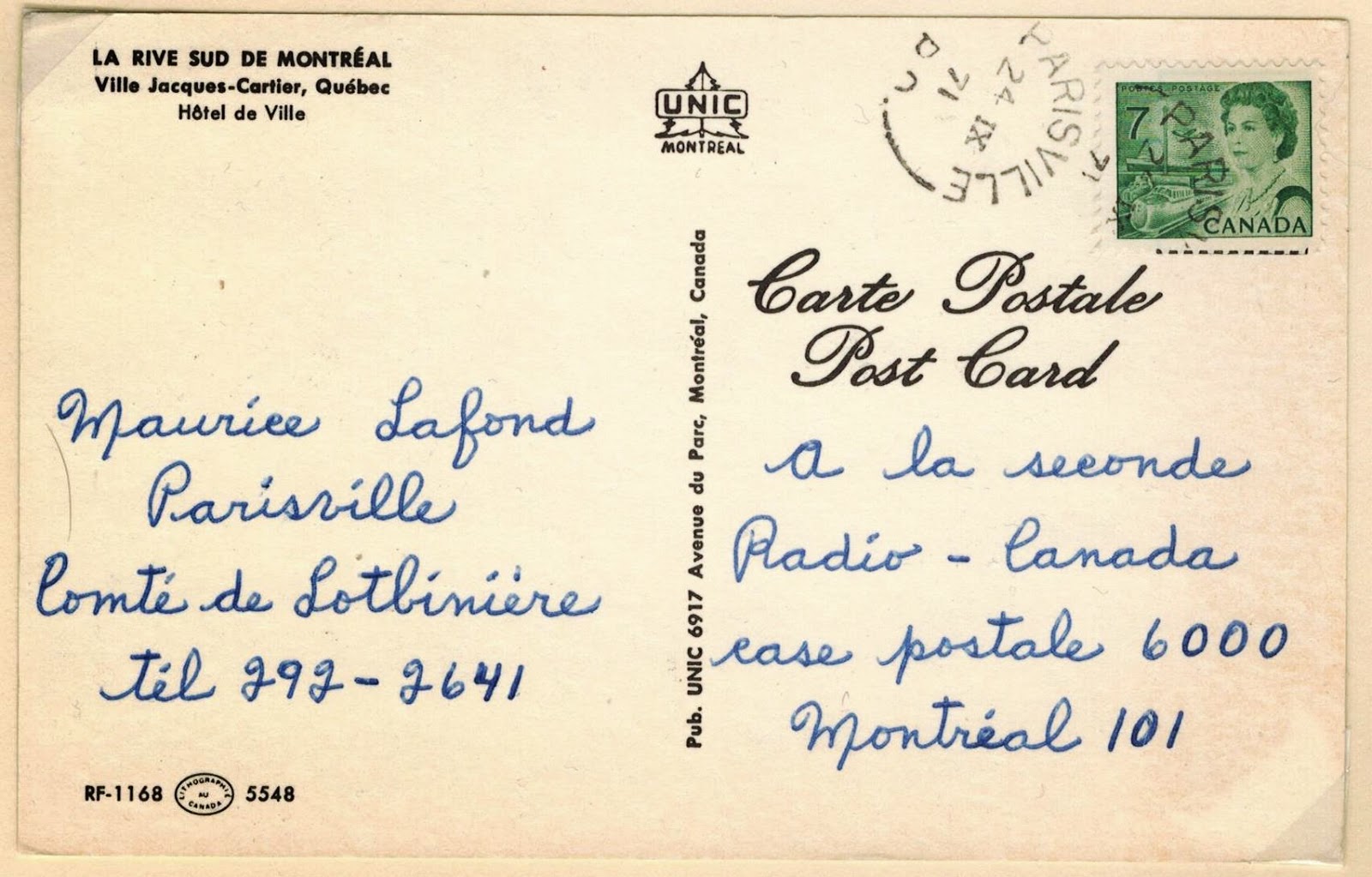 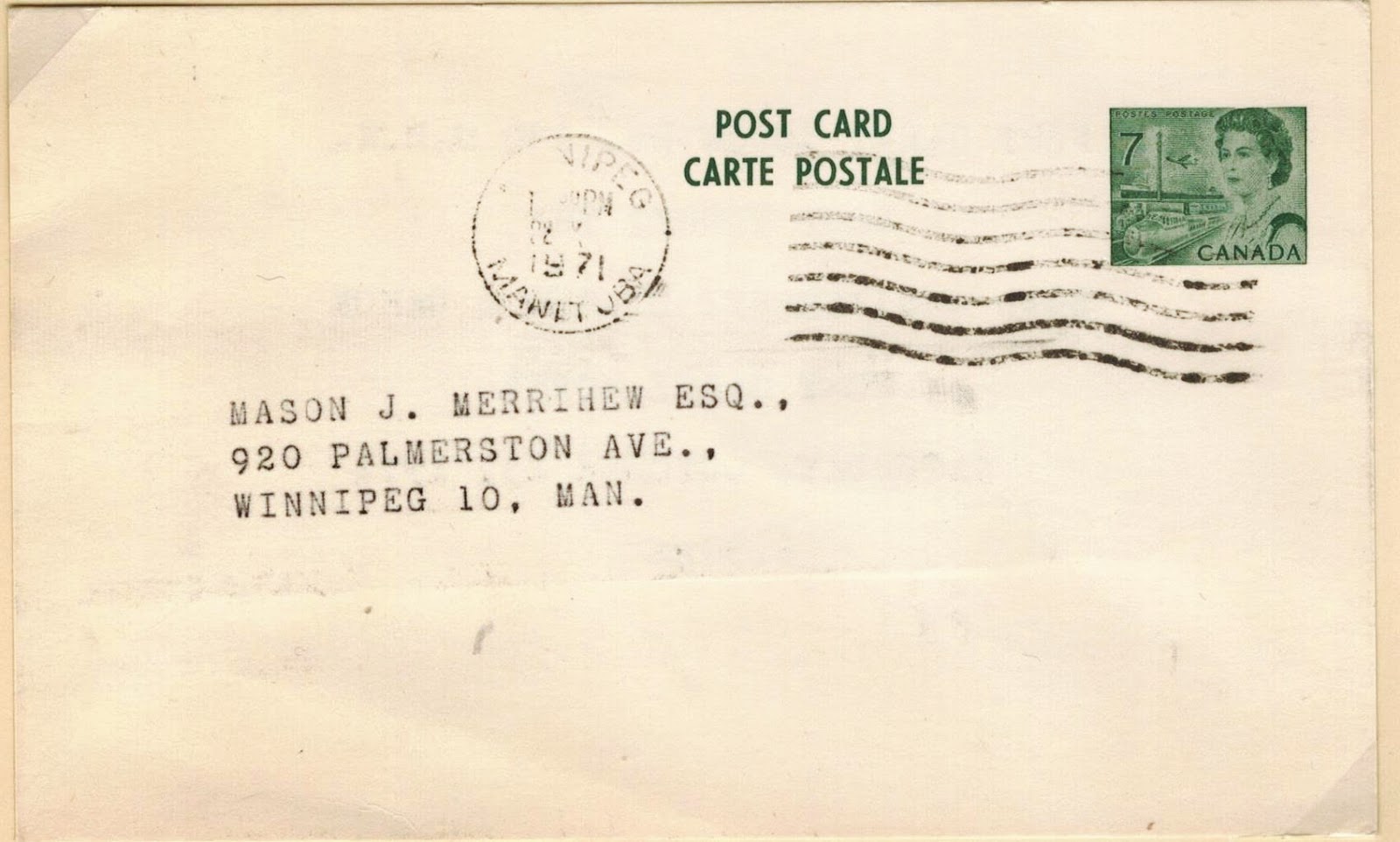 Centennial postal stationery was revalued in 1969 because of rate increases (see above). The printers received cut stationery stock which included coloured divider cards. In the process of printing new values on the stationery, dividers could also be printed, without the original stamp of course. The post card below is an interesting usage of such a divider. The sender "uprated" the card to pay the 7 cents rate. 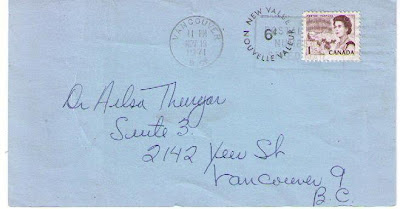 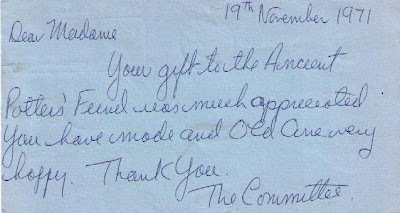 The post card rate was increased to 8 cents. The 8 cent rate remained in effect until August 31, 1976. 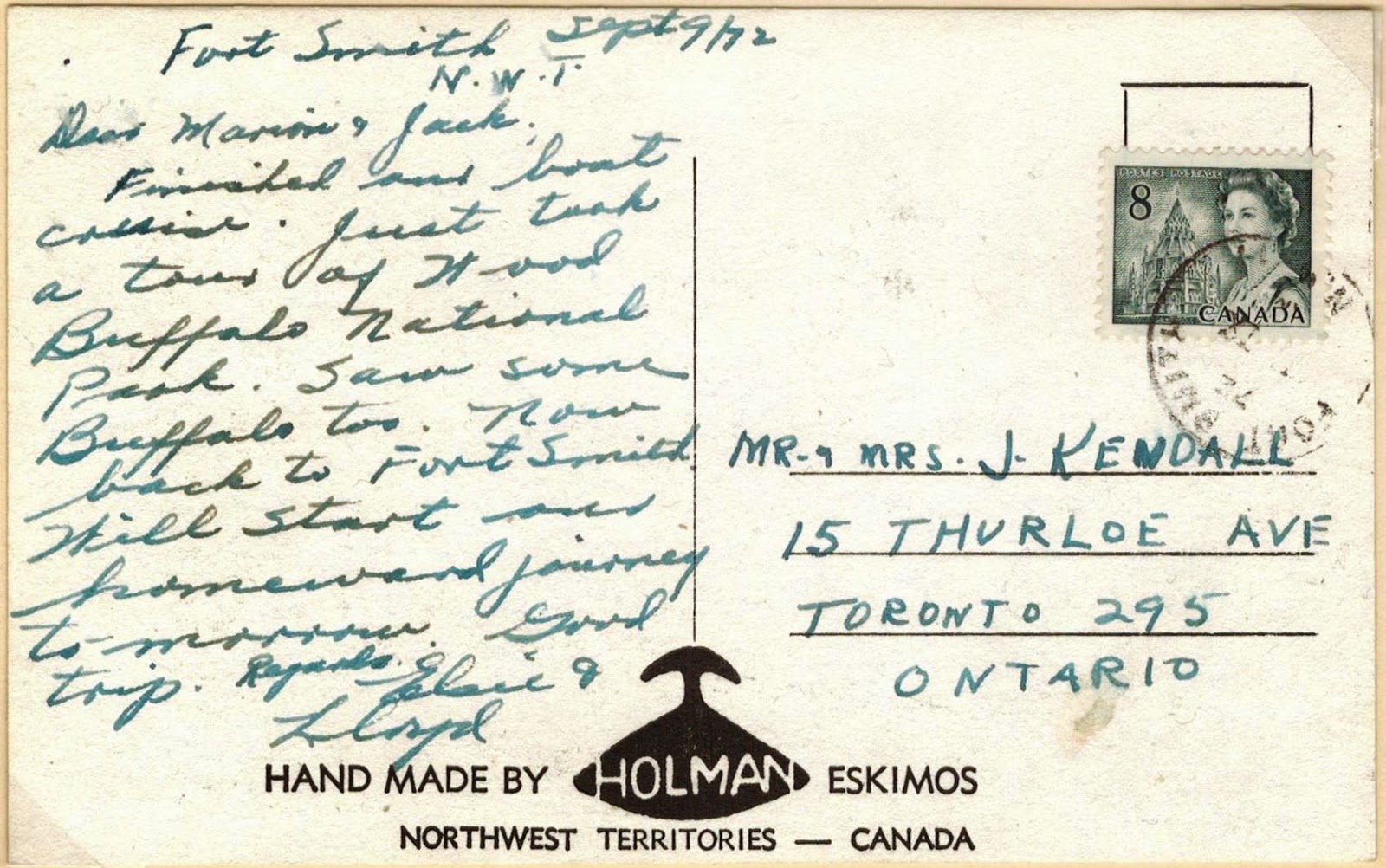 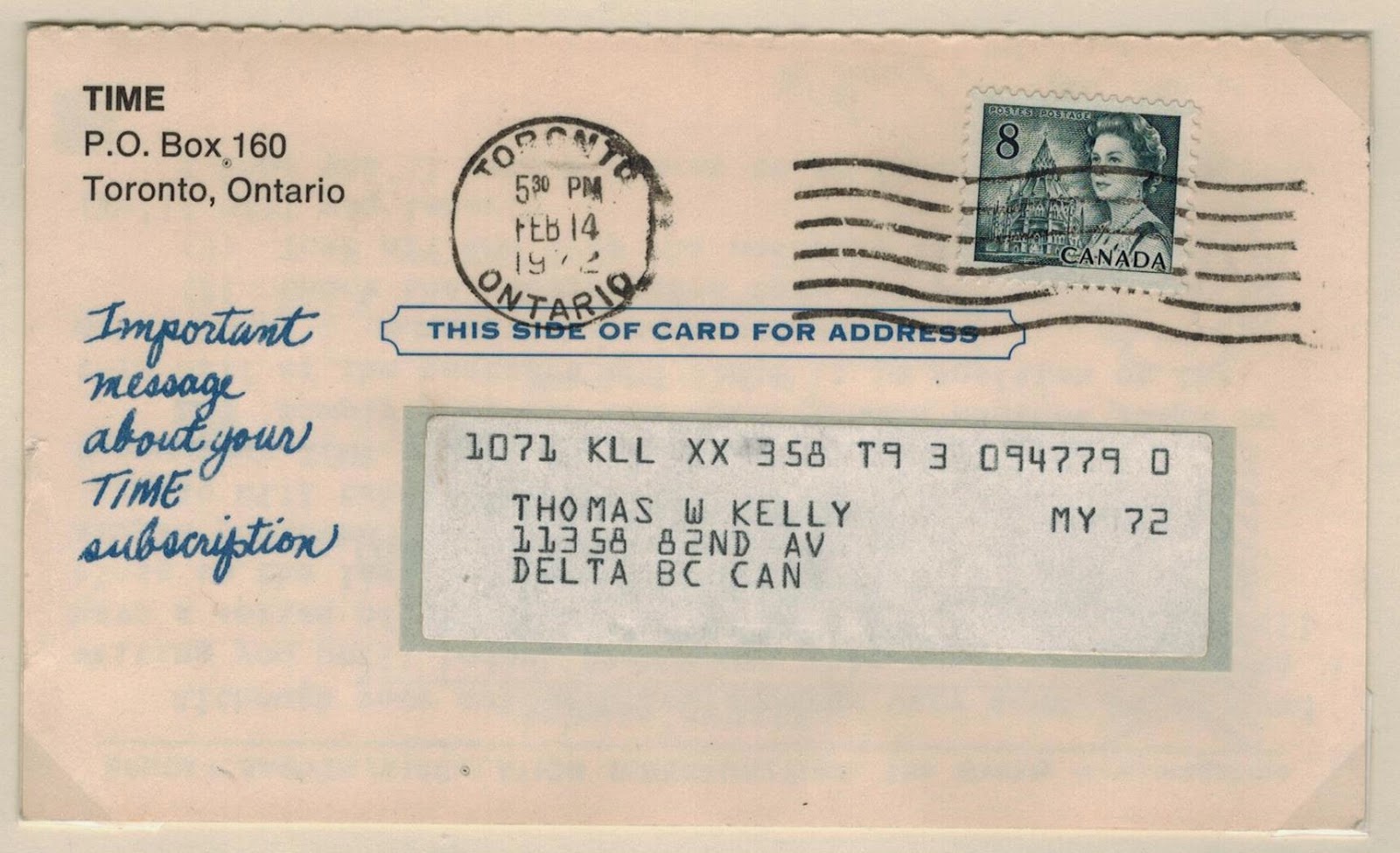 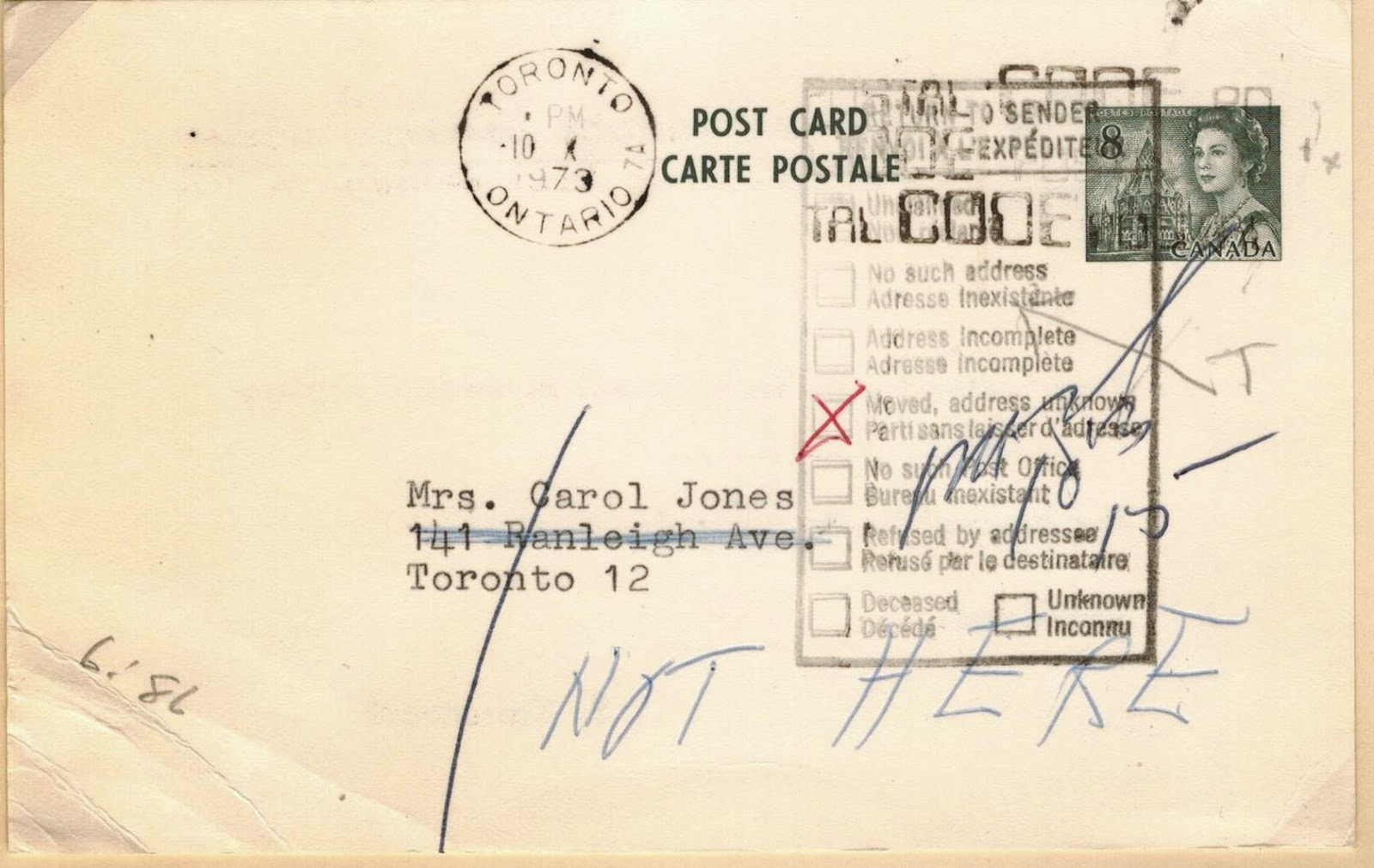 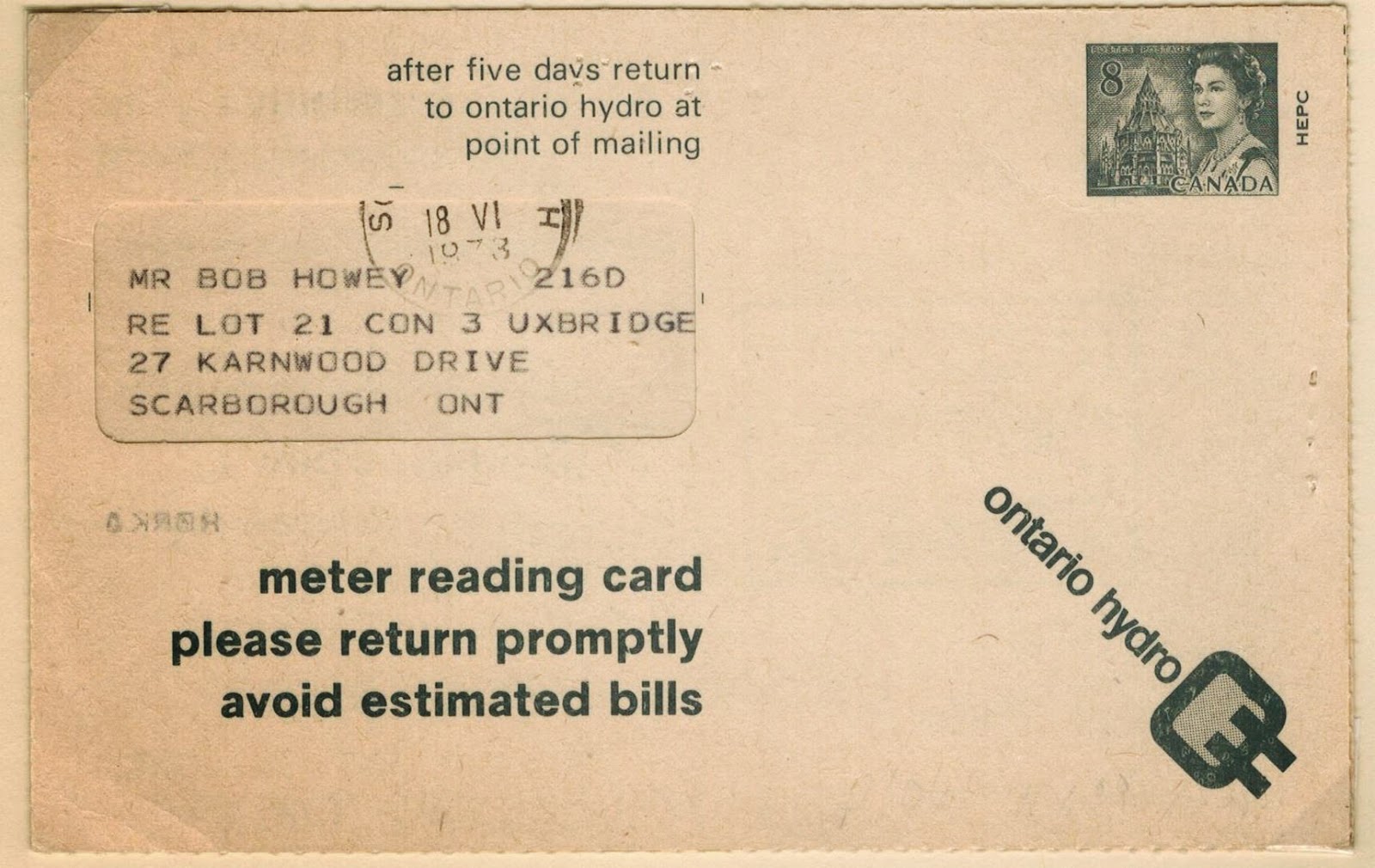 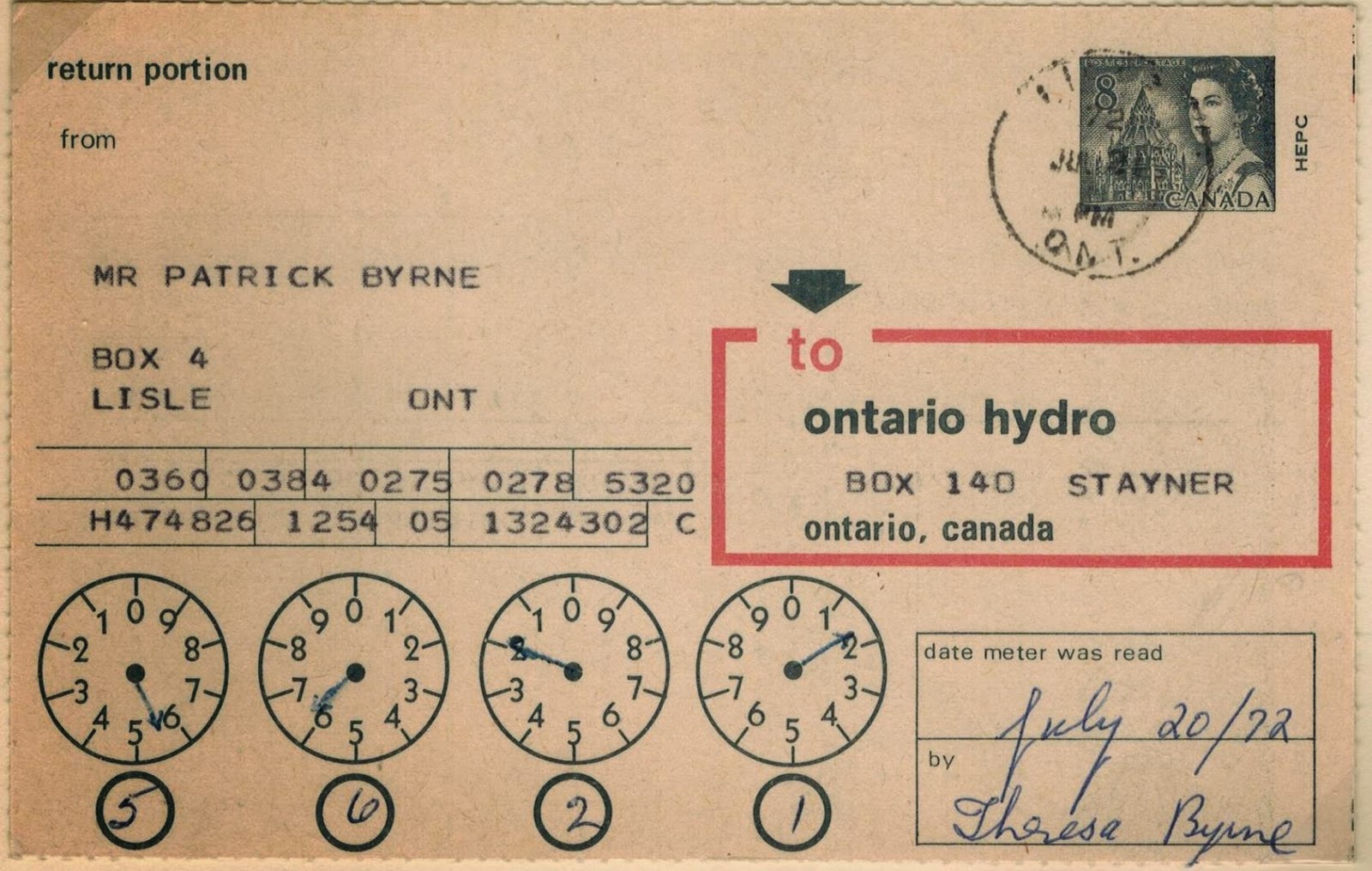 Posted by philcovex at 1:48 PM