Canada Post released 68 stamps in a Millennium book on September 15, 1999, as well as in a series of 17 Millennium souvenir sheets, each depicting four different stamps, starting December 17, 1999 through to March 17, 2000. This article deals with two stamps issued in the first series highlighting pivotal Canadian subjects in the world of entertainment and the arts : Imax Movies and Ted Rogers Sr.

The IMAX system has its roots in EXPO '67 in Montreal. A small group of Canadian designed a new system using a single, powerful projector, rather than the cumbersome multiple projectors used at that time. The result: the IMAX motion picture projection system, which would revolutionize giant-screen cinema. IMAX technology premiered at the Fuji Pavilion, EXPO '70 in Osaka, Japan. 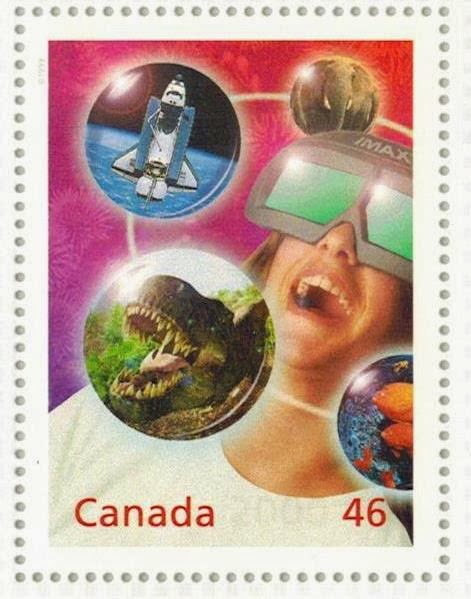 IMAX Corporation produced an envelope with the Millennium series design for its 1999 Christmas card. The envelope and card were also released through the Philatelic Agency in January 2000. 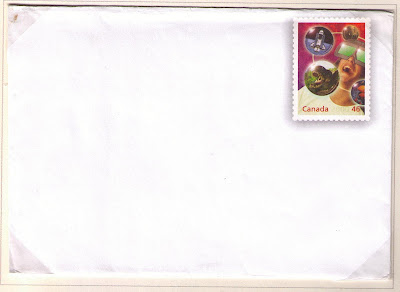 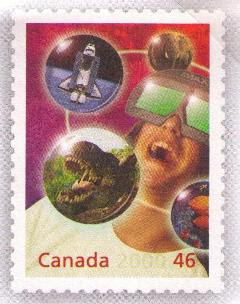 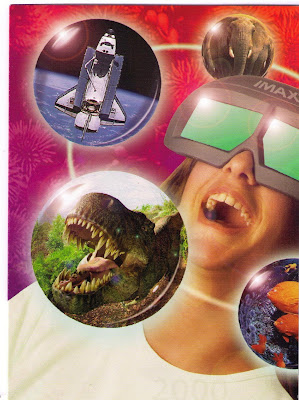 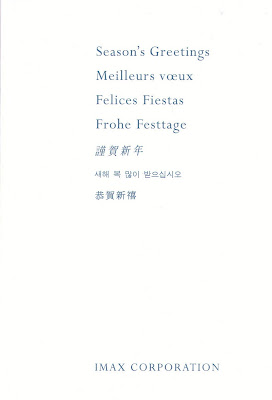 Ted Rogers Sr. invented a tube which allowed hum-free radios to be plugged directly into electrical outlets. His work lives on in his son's telecommunications empire, which spans everything from cable television to Internet access. 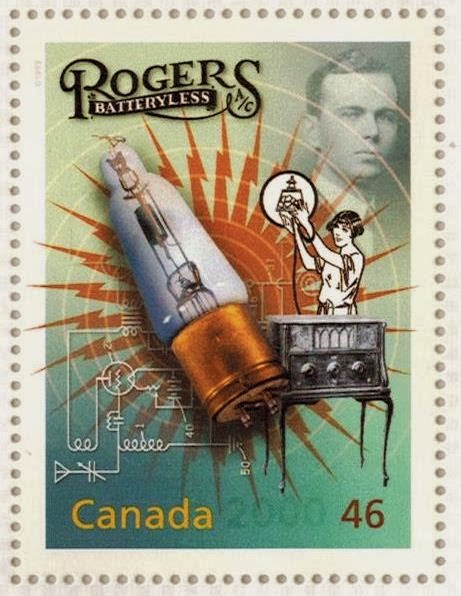 The Ted Rogers Sr. Millennium stamp was reproduced on the front of the July, 2000 Rogers Cable bill envelope. 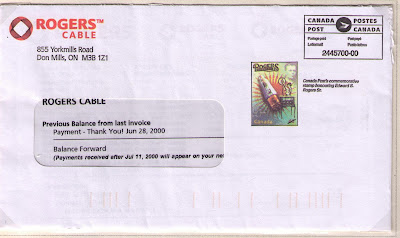 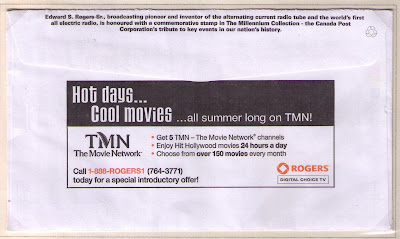 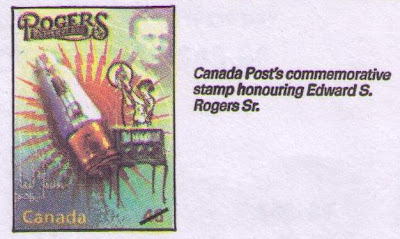 Posted by philcovex at 8:03 AM