In the late 1930s or early 1940s, the Kapuskasing Chamber of Commerce sponsored the publication of a "Souvenir Folder" to promote the Model Town of the North. The folder consisted of 10 panels on a 90 cm piece of paper, accordion folded. Both sides of the strip had pictures printed on each panel, with the exception of two text panels. The strip was sandwiched between thick paper covers creating a postcard folder. 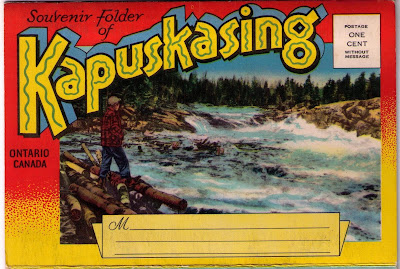 Front cover of the Souvenir Folder

The souvenir folder could be mailed at the 1 cent printed matter rate for 2 ounces provided there was not written message. 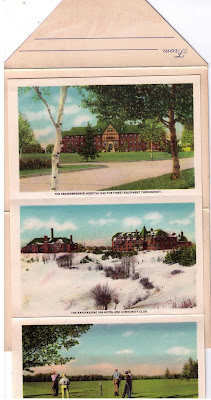 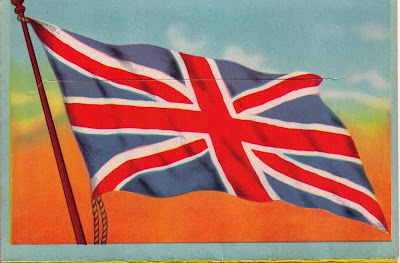 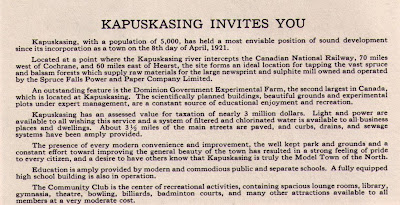 Thirteen pictures used were tinted photographs taken by J.P. Dumoulin for black and white postcards. The remaining pictures were provided by the Ontario government. 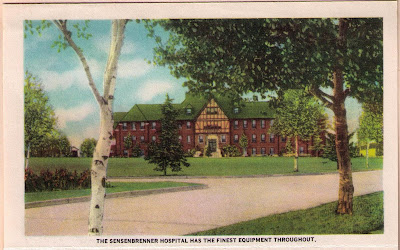 "The Sensenbrenner Hospital has the finiest equipment throughout" 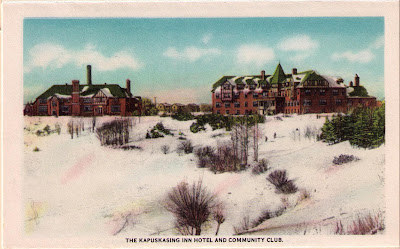 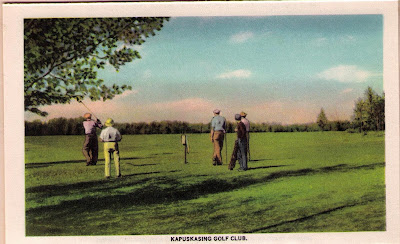 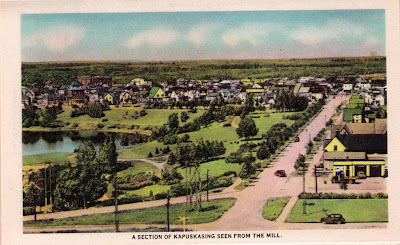 "A section of Kapuskasing seen from the mill" 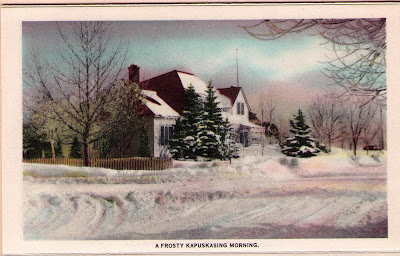 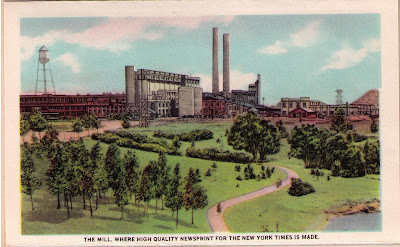 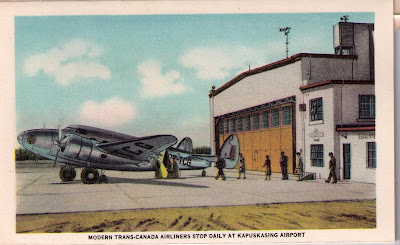 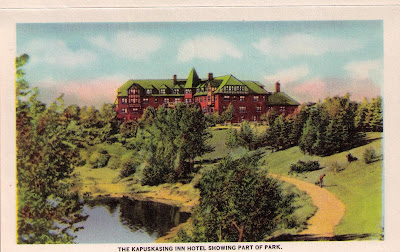 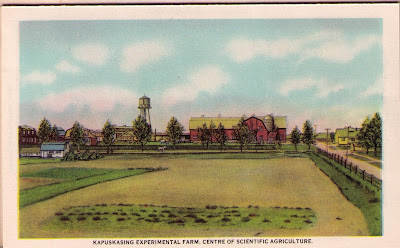 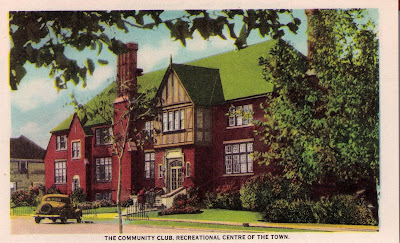 "The Community Club recreational centre of the town" 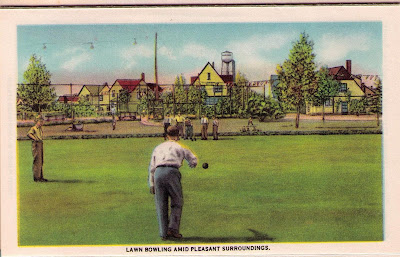 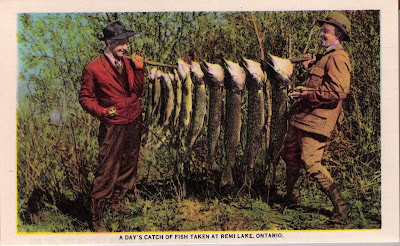 "A day's catch of fish at Remi Lake, Ontario" 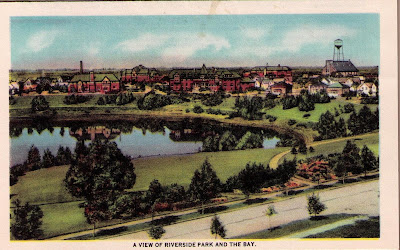 "A view of Riverside Park and the bay" 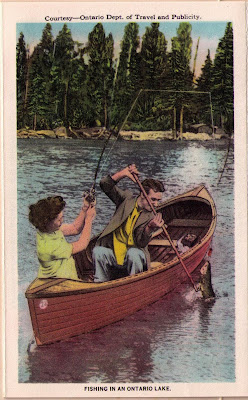 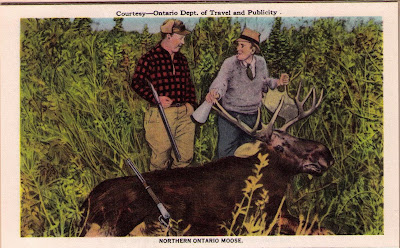 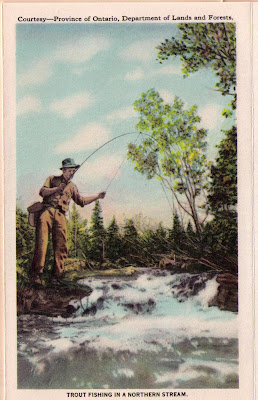 Posted by philcovex at 5:49 PM