Pierre Laporte (1921-1970) , Minister of Labour and Manpower in the Quebec provincial government, was kidnapped and killed by members of the Front de Libération du Québec during the 1970 "October Crisis". 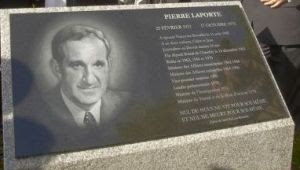 In October 2010, 40 years after his death, Pierre Laporte was honoured with a granite monument in Saint-Lambert near the site of his abduction. Quebec Premier Jean Charest who was on hand for the ceremony underlined the importance of remembering how Laporte died: "Pierre Laporte's sacrifice, his death, was a great injustice and we need to remember that so it never happens again." 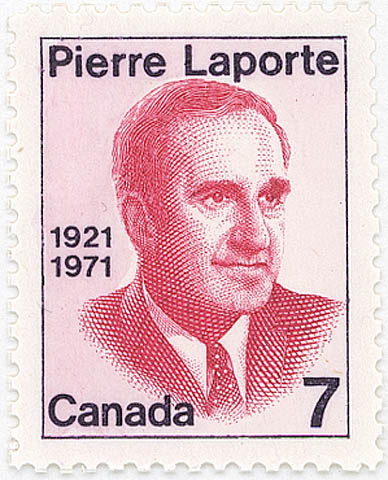 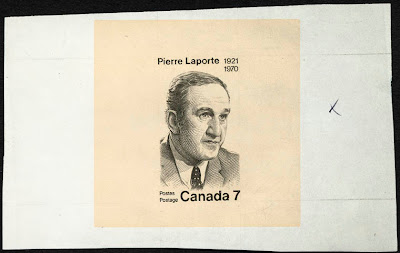 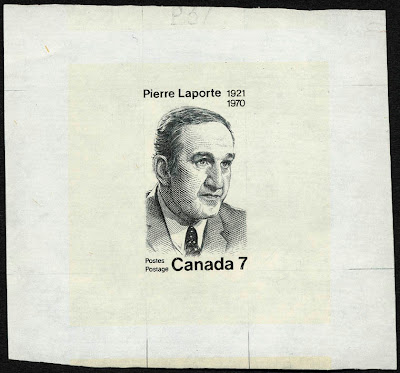 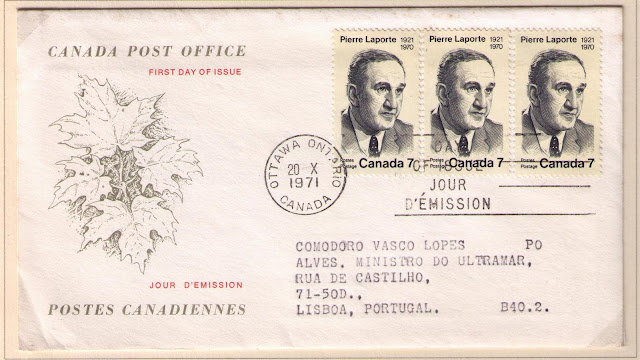 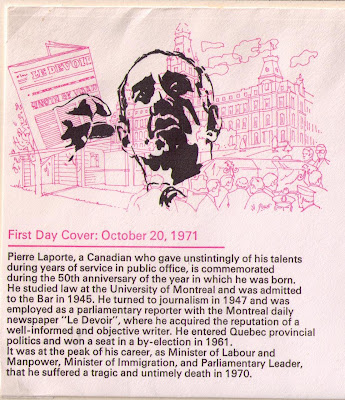 "It was at the peak of his career as Minister of Labour and Manpower, Minister of Immigration, and Parliamentary Leader, that he suffered a tragic and untimely death in 1970."

The October Crisis was a politically sensitive issue when the Laporte stamp was issued and controversy continues to this day. 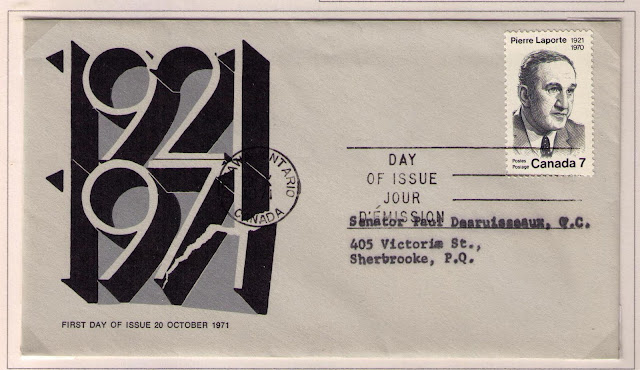 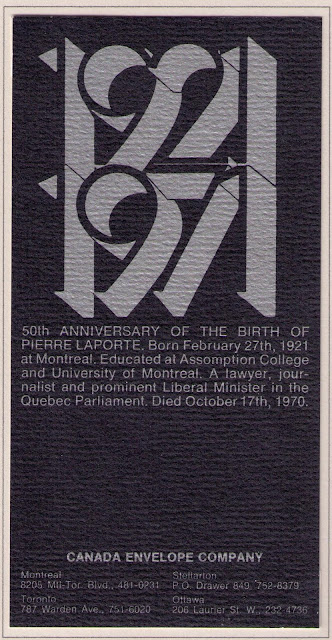 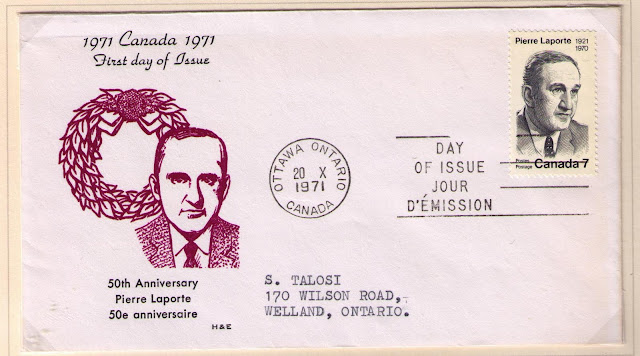 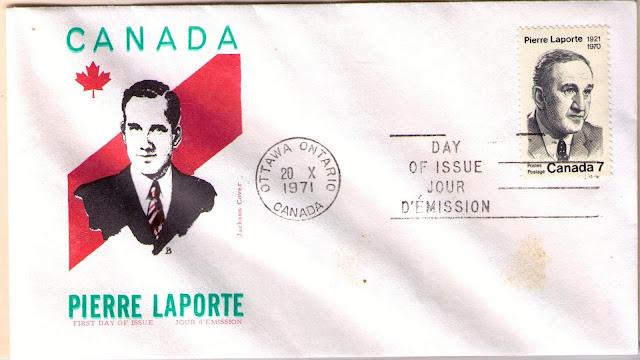 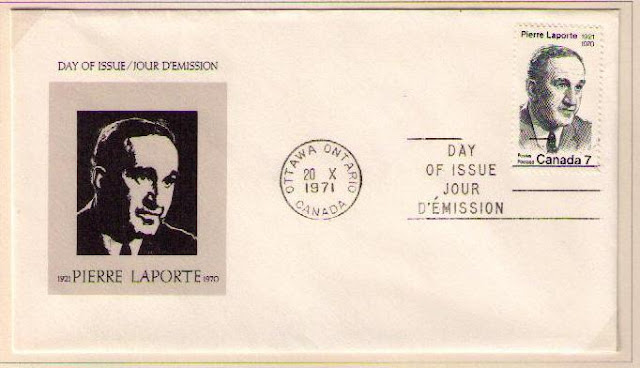 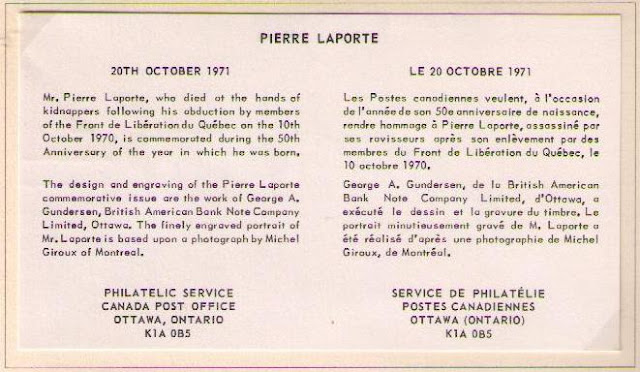 The Canada Post Office insert states that Laporte died at the hands of kidnappers following his abduction by members of the Front de libération du Québec. 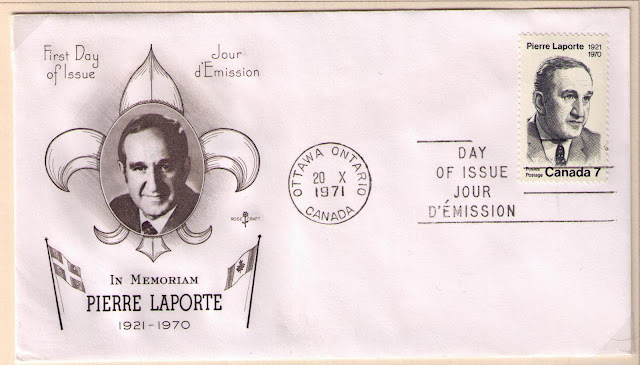 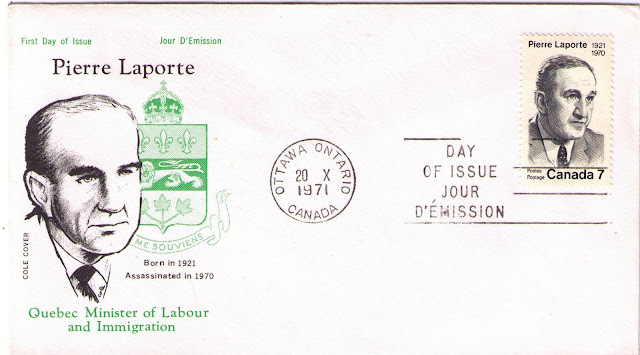 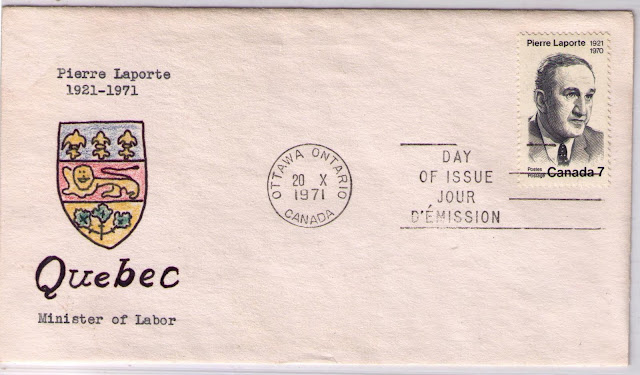 Posted by philcovex at 2:17 AM