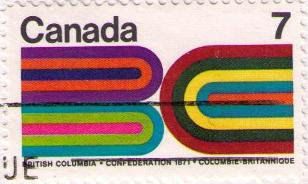 In the spring of 1870, the colony of British Columbia sent a delegation to negotiate union with Canada. The delegates found their Canadian counterparts accommodating, and willing to grant major concessions. The final agreement included provisions for responsible government, pensions for the unelected officials who would lose their positions after union, assumption of the colonial debt, and an allotment of three senators and six members of Parliament. Perhaps most important was the agreement to construct a permanent rail link to the West Coast. These terms were put before the electorate in November 1870. The new assembly passed all the terms of union without change in 1871. British Columbia entered Confederation on July 20, 1871 to become Canada's 6th province.
The B.C centennial stamp, issued on July 20, 1971, was designed by E. R. C. Berthune, a native of Kamloops, British Columbia. Mr. Bethune sought to convey a "now" celebration with inspiration from memories of boyhood days and parades in which bicycles were decorated by strips of coloured paper. His work represented an abstraction of British Columbia joining the new nation of Canada. 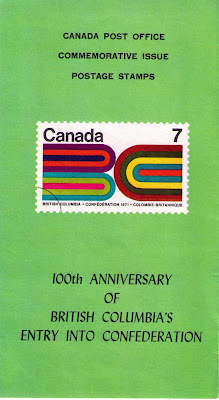 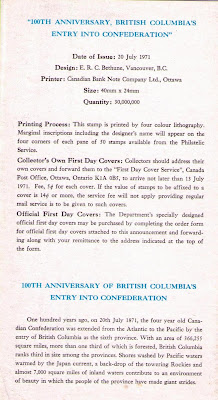 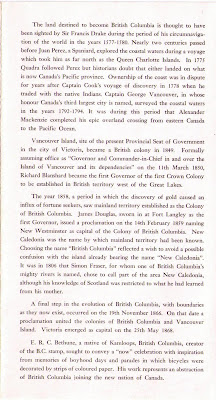 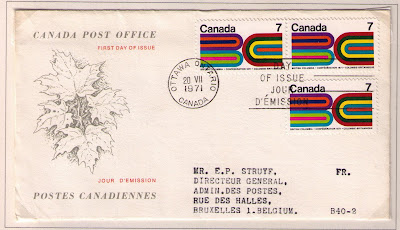 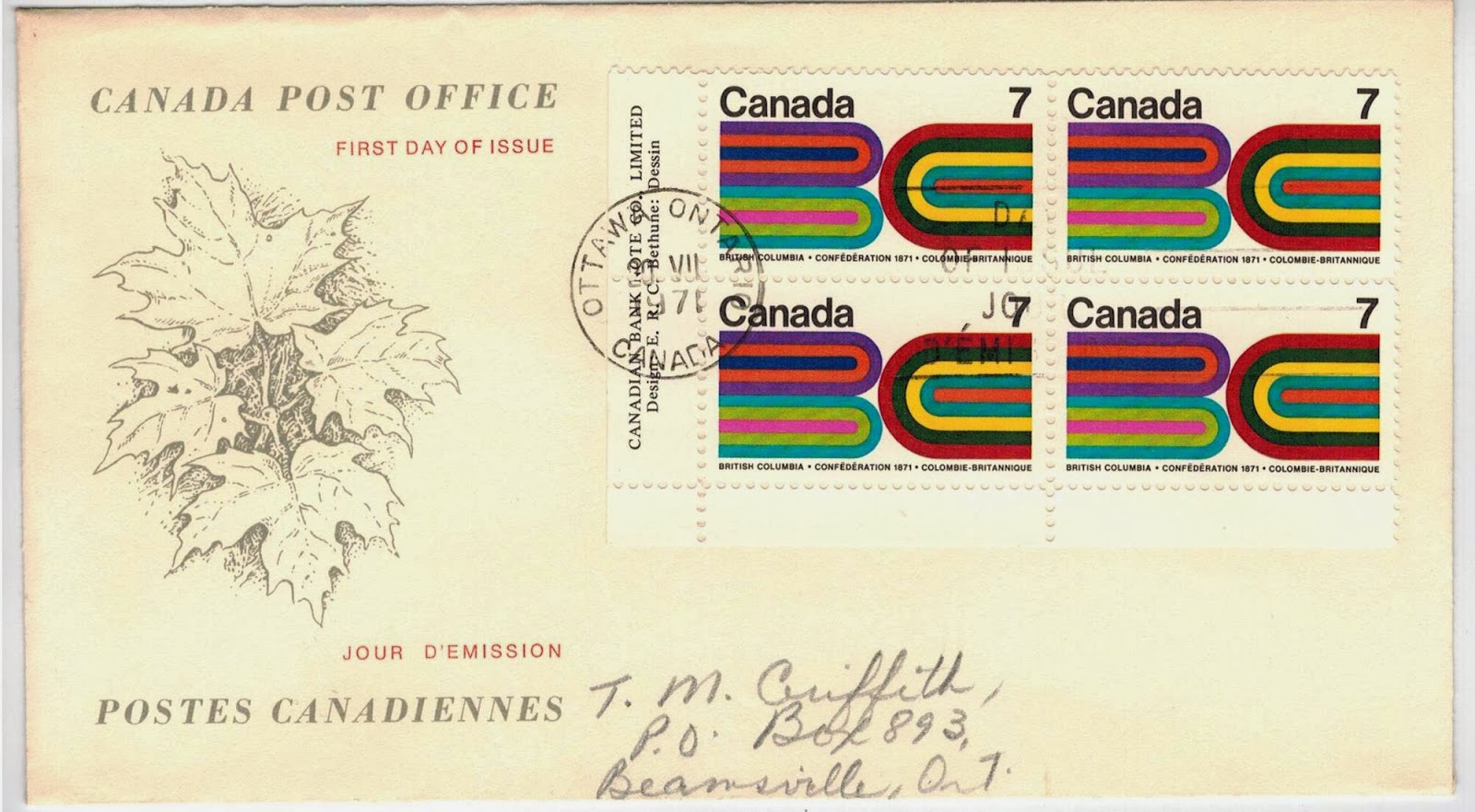 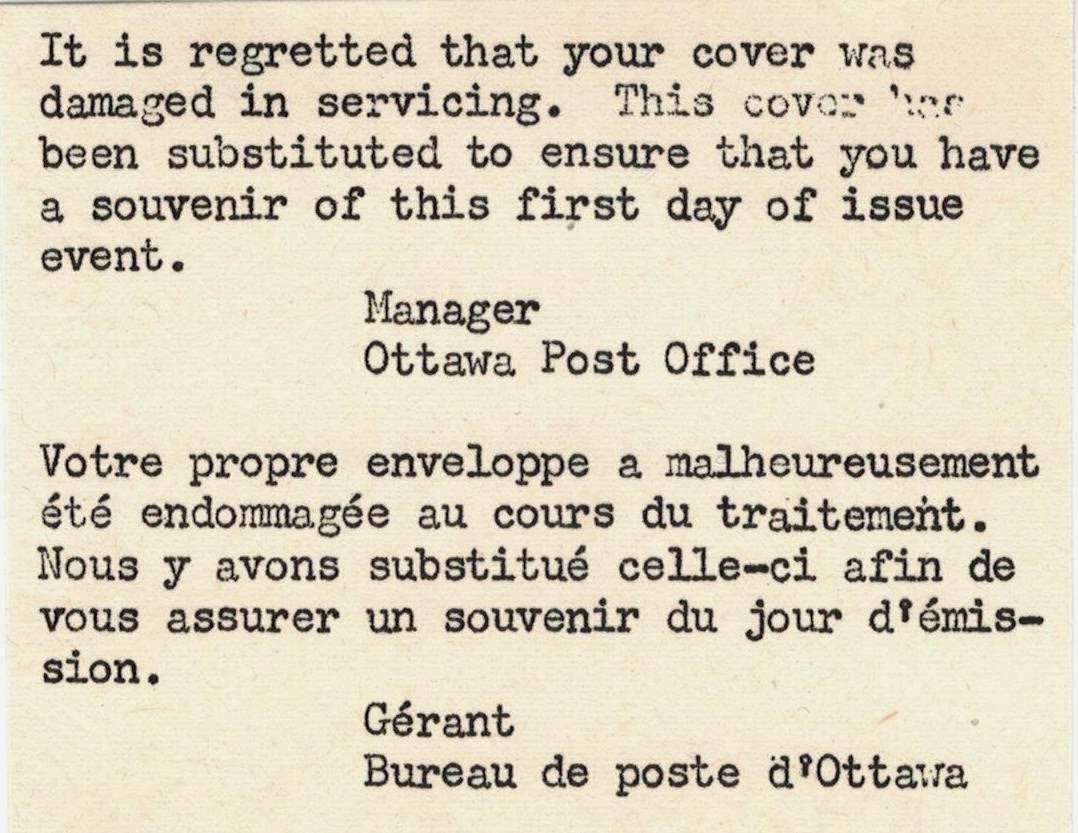 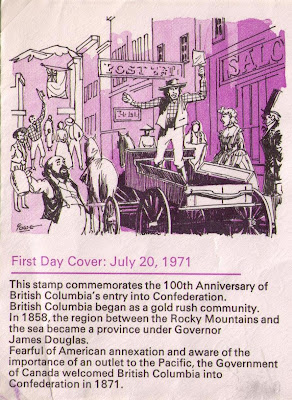 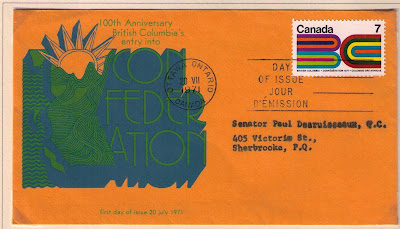 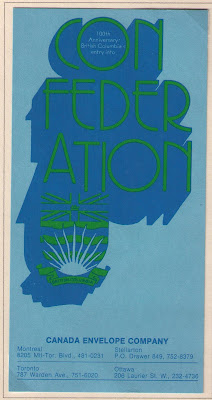 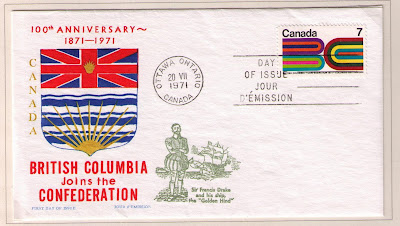 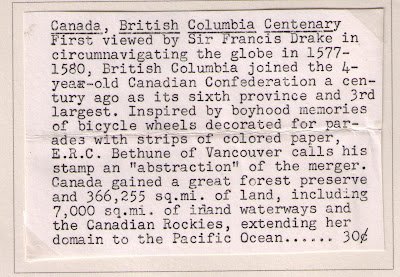 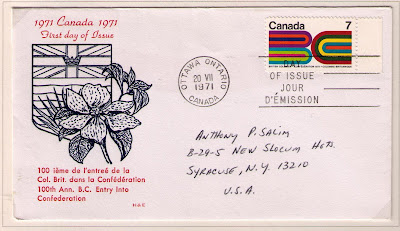 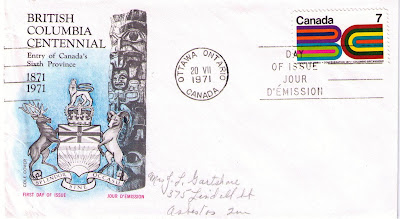 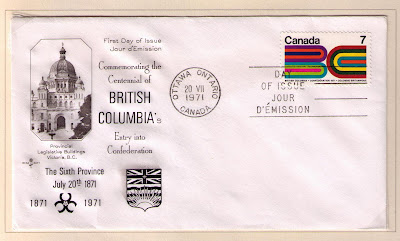 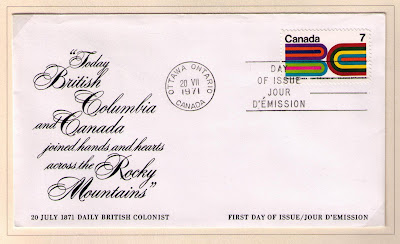 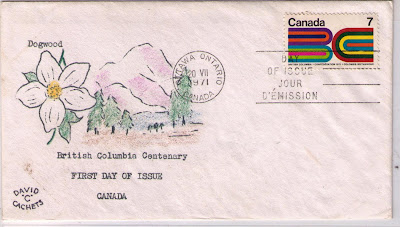 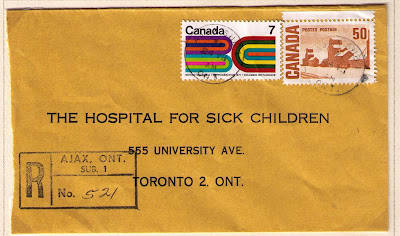 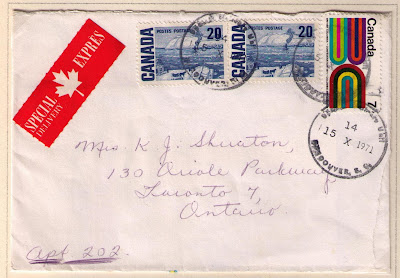 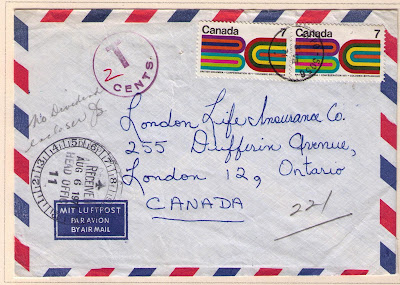