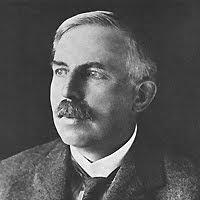 New Zealand-born Ernest Rutherford (1871–1937) was the scientist whose work gave birth to the field of atomic physics. Albert Einstein called him “a second Newton.”

During the nine years he spent teaching and researching at McGill University in Montreal, Rutherford collaborated with Frederick Soddy of the Chemistry Department and showed that elements such as uranium and thorium became different elements (i.e., transmuted) through the process of radioactive decay. For this work, Rutherford won the 1908 Nobel Prize in chemistry.

He discovered alpha and beta rays, set forth the laws of radioactive decay, and identified alpha particles as helium nuclei. Most important, he postulated the nuclear structure of the atom. Rutherford wrote that "the atom consists of a central charge" that is "concentrated at a point" (the nucleus). Compared to the whole atom, Rutherford said that the nucleus was like "a fly in a cathedral".


The Rutherford commemorative stamp was issued on March 24, 1971. 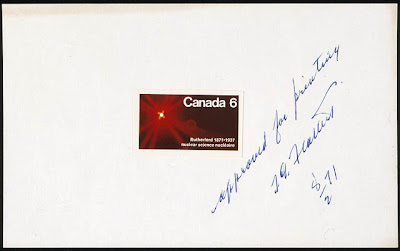 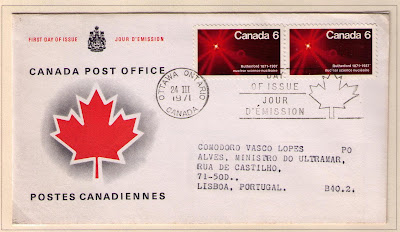 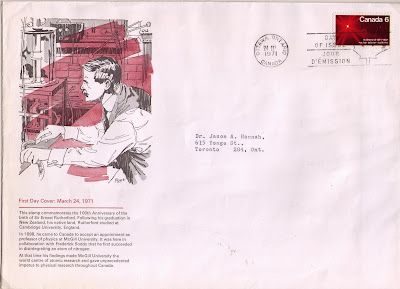 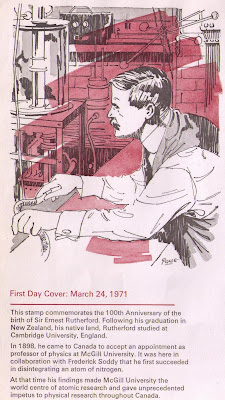 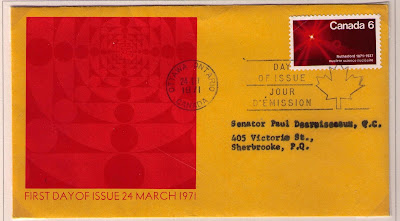 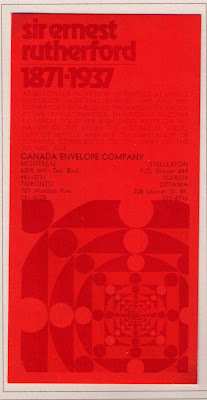 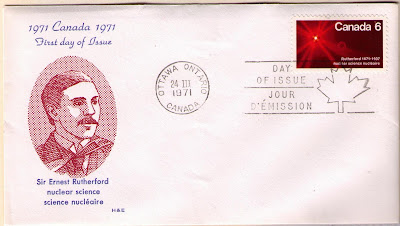 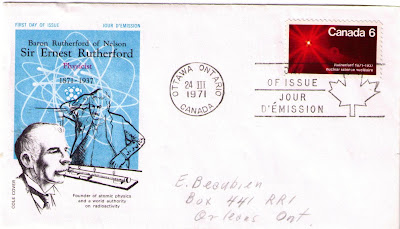 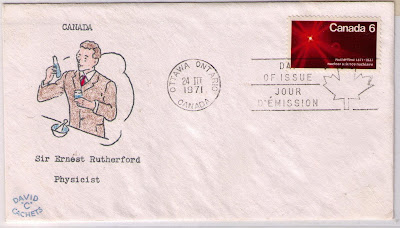 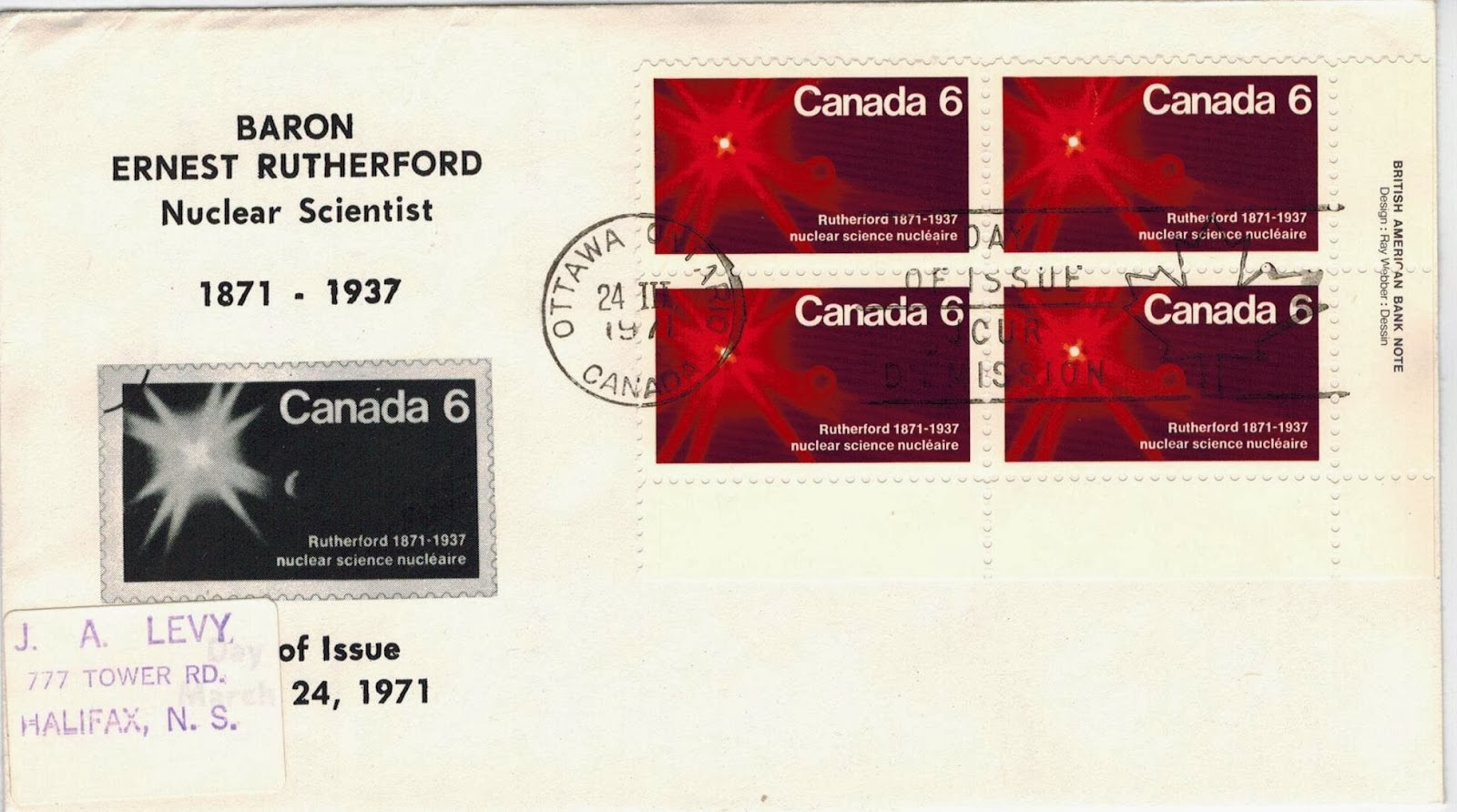 The following covers were prepared by the author. Rutherford's principal discoveries were described in a sequence of covers. 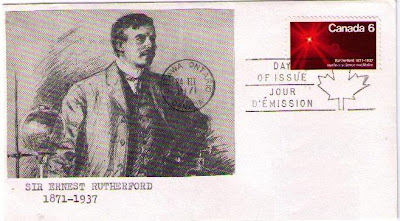 The Nobel Prize in Chemistry 1908 was awarded to Ernest Rutherford "for his investigations into the disintegration of the elements, and the chemistry of radioactive substances". 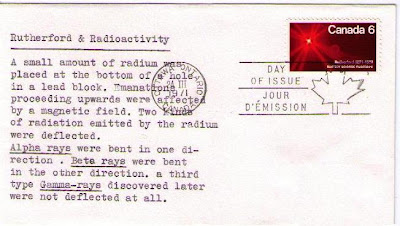 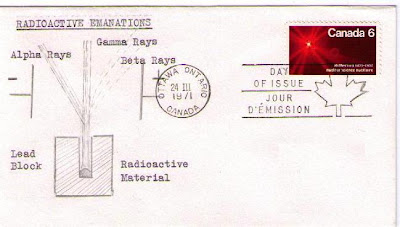 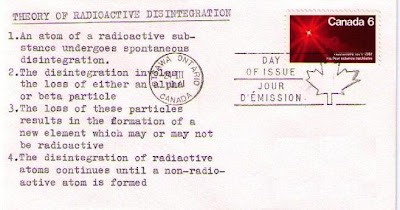 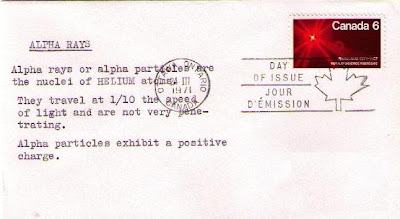 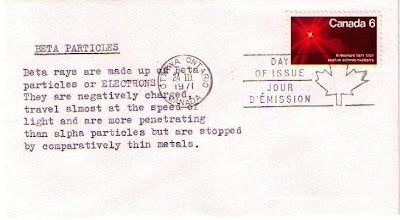 Discovery of the Nucleus 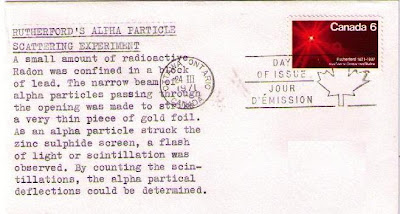 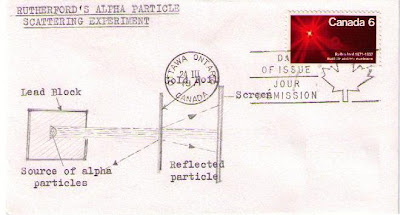 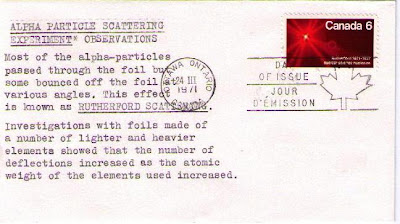 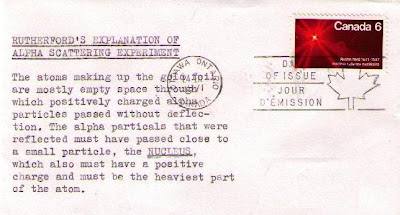 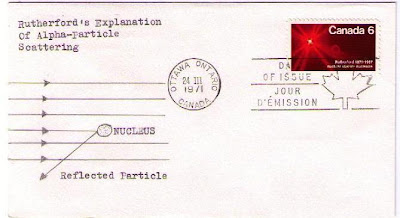 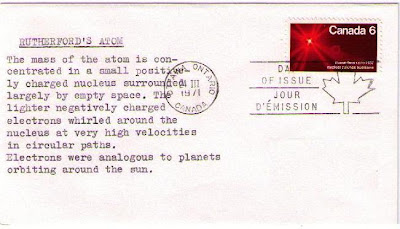 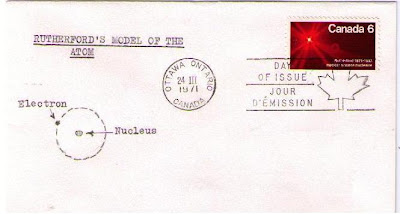 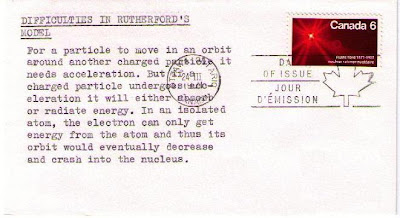 Rutherford is considered to be the father of nuclear physics. 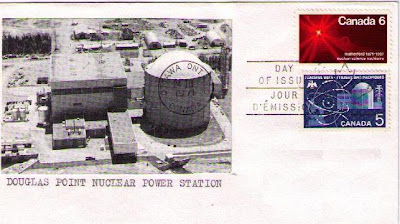