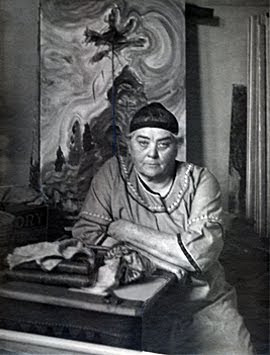 Emily Carr (1871 -1945) established herself as one of Canada's most famous artists with her depictions of native life on Canada's West Coast. One of the first painters in Canada to adopt a post-impressionist painting style, Carr did not receive widespread recognition for her work until later in her life. In 1927, she was asked to lend fifty canvases for an exhibition in Ottawa. Critics and artists, notably Lawren Harris of the Group of Seven, understood her work and liked it. The group's interest gave her new life. She began painting again, her theme all British Columbia. In 1933 she became a member of the Canadian Group of Painters.


Her first book, "Klee Wyck", a series of tales and sketches of West Coast Indians, won the Governor General's Award for non-fiction in 1941.

Commemorating the 100th anniversary of her birth, the Emily Carr stamp, issued on February 12, 1971, reproduced one of her most famous paintings, "Big Raven". 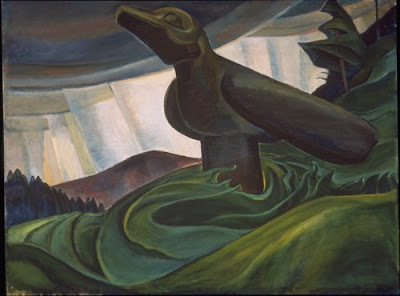 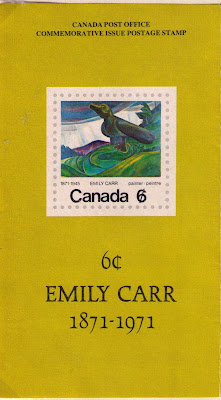 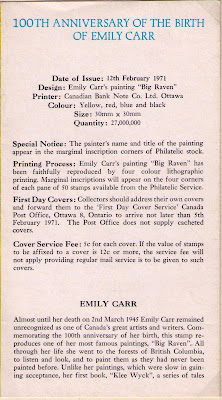 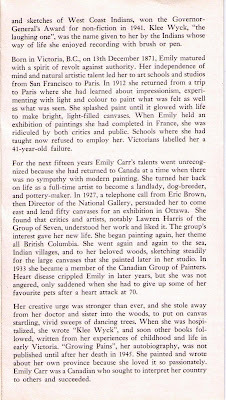 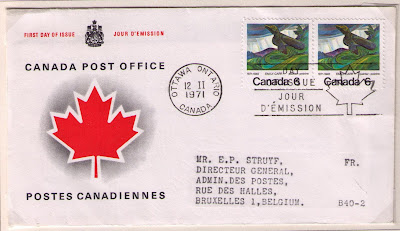 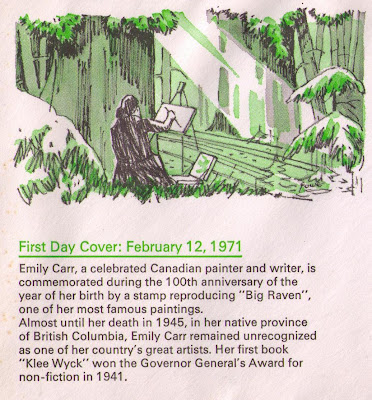 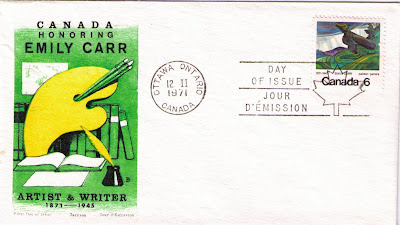 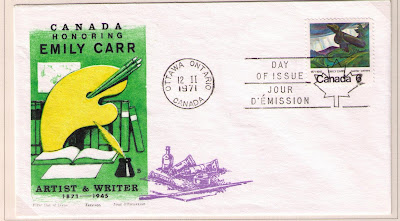 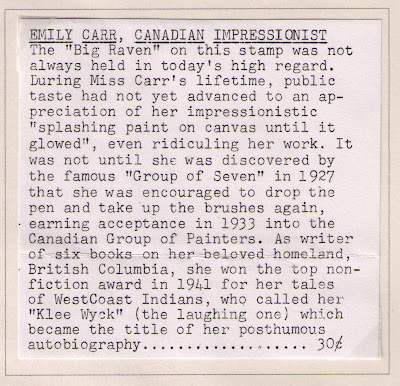 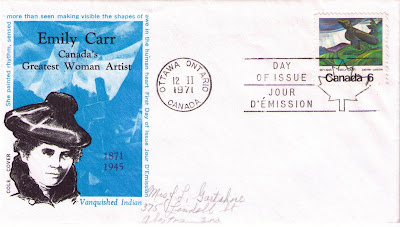 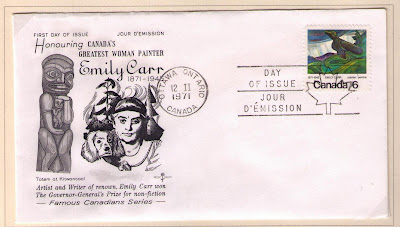 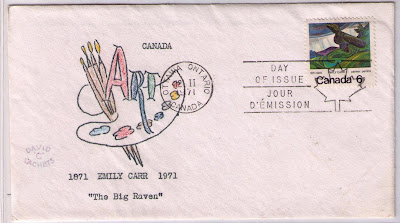 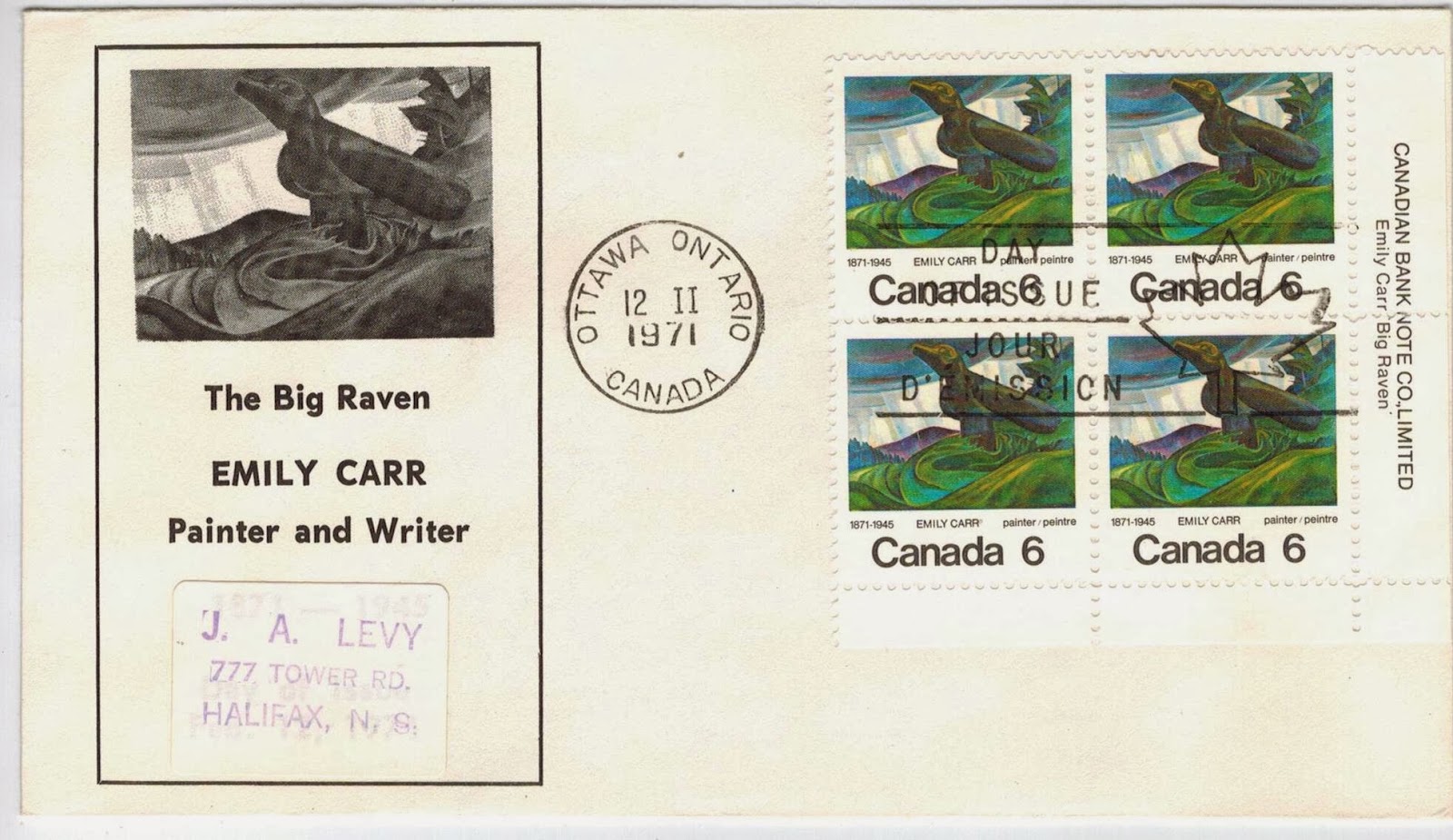 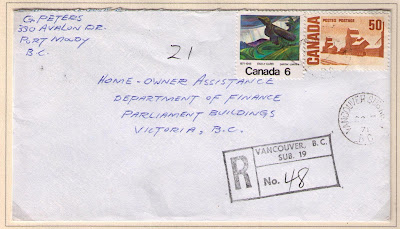