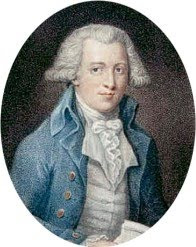 Samuel Hearne (1745 - 1792) was an English explorer, fur-trader, author, and naturalist. He was the first European to make an overland excursion across northern Canada to the Arctic Ocean. 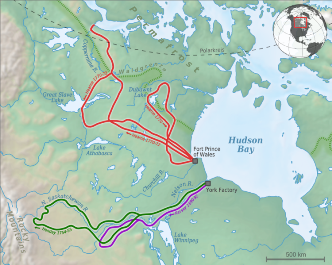 In July, 1771, Samuel Hearne became the first European to reach the Coppermine River and Canada's Arctic coast overland. His carefully written record of his five thousand mile trek, through one of the most forbidding territories in the world, was a great contribution to early knowledge of the northern Indians, Arctic wildlife and geography. In 1774 Hearne built Cumberland House for the Hudson’s Bay Company, its first interior trading post and the first permanent settlement in present Saskatchewan.

The Samuel Hearne stamp was issued on May 7, 1971, to celebrate the two hundredth anniversary of his expedition which reached the Coppermine River and Canada's Arctic coast. 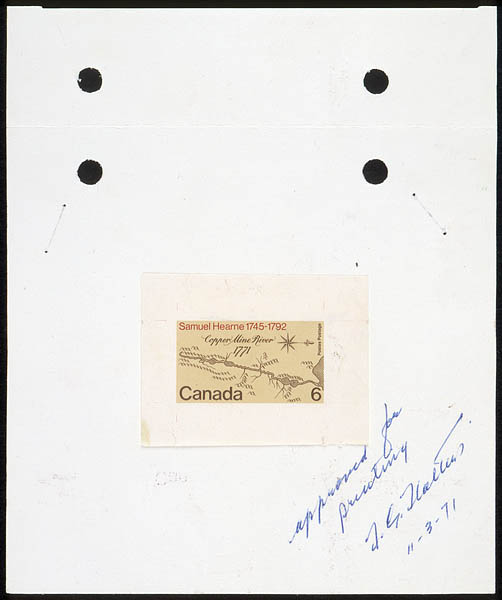 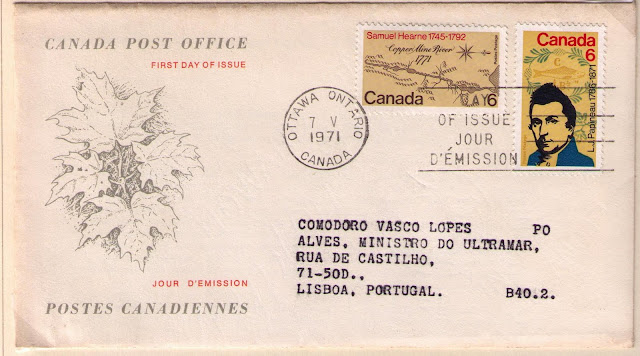 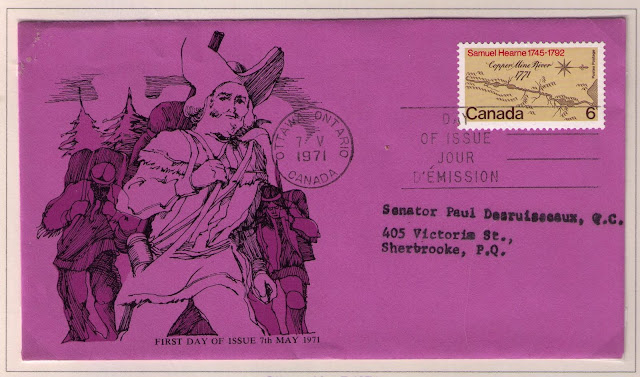 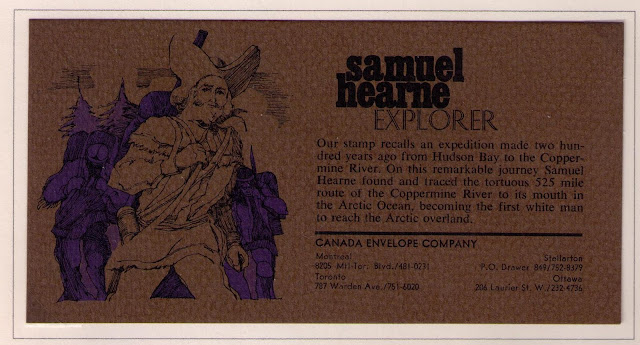 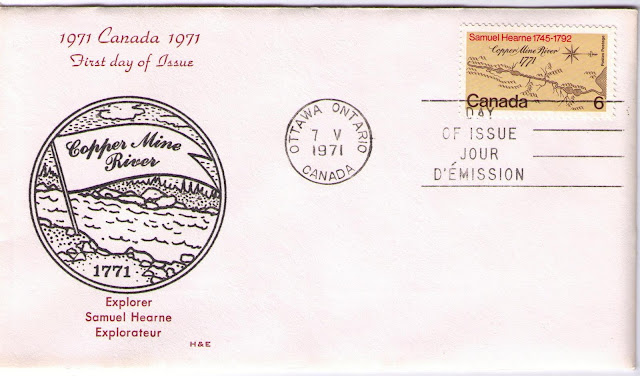 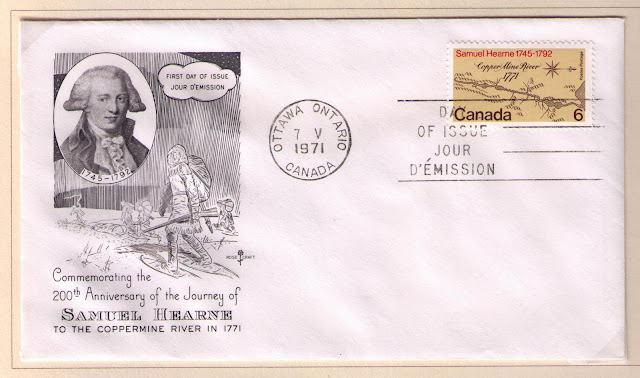 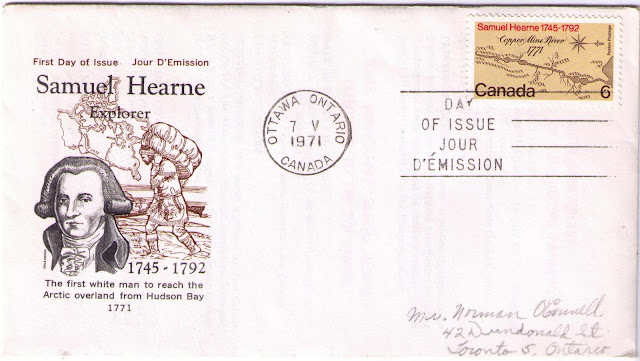 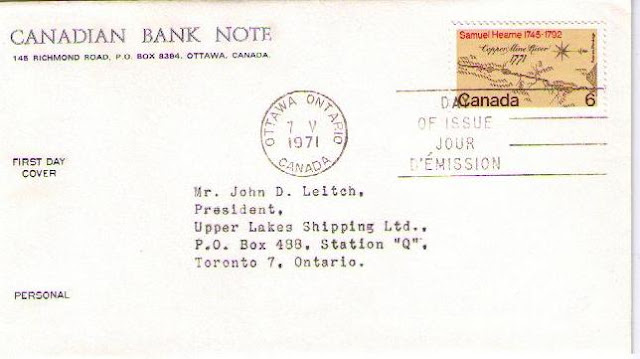 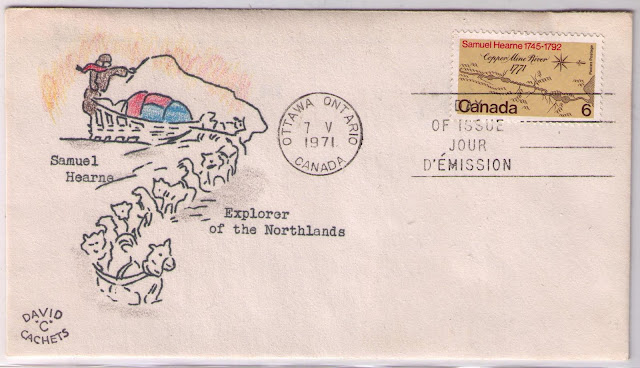 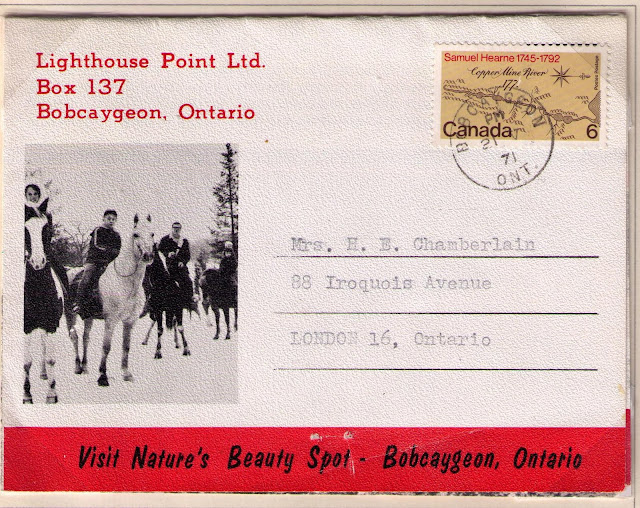 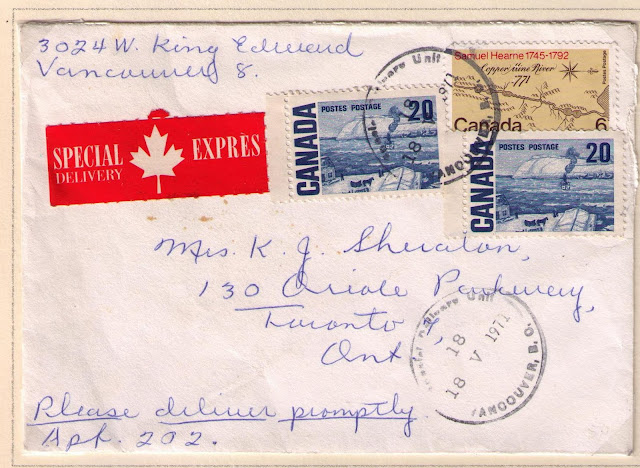