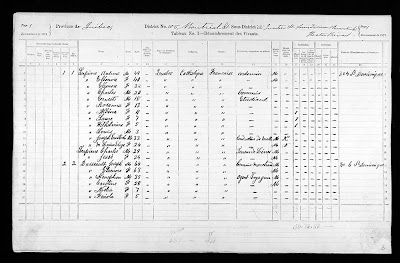 The first census of Canada following Confederation was taken in 1871. Its main goal was to determine appropriate representation by population in the new Parliament. In 1871 the questionnaire covered a variety of subjects, and asked 211 questions on area, land holdings, vital statistics, religion, education, administration, the military, justice, agriculture, commerce, industry and finance. Information was collected in tabular form on population, houses and other buildings, lands, industries and institutions.

Statistics Canada, a Canadian federal government agency, conducts the nationwide census every five years. The 2011 Census will be the fifteenth decennial census, required by section 8 of the Constitution Act, 1867.

Several post offices across the country publicized the 1971 census with a slogan cancellation:

JUNE 1 - CENSUS DAY
COUNT YOURSELF IN 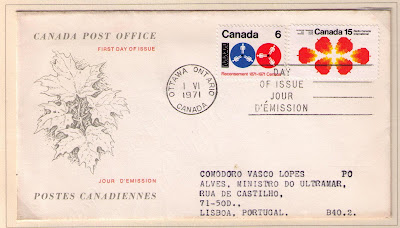 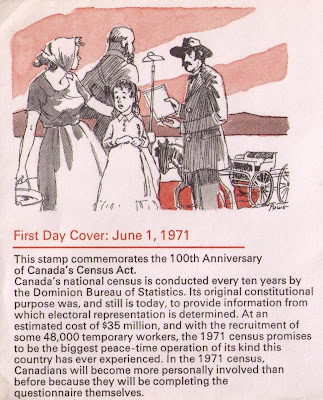 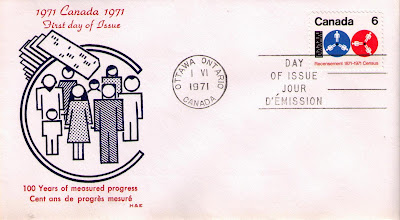 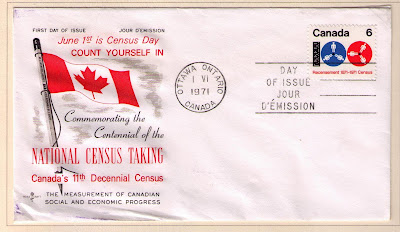 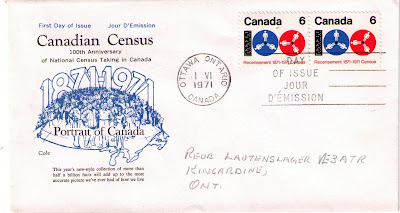 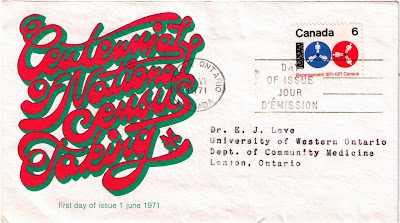 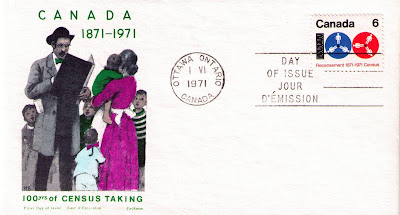 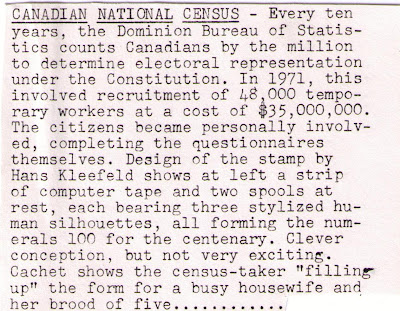 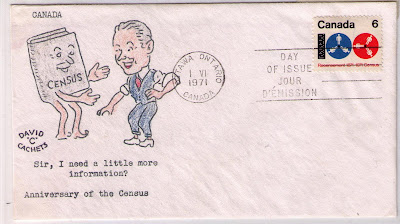 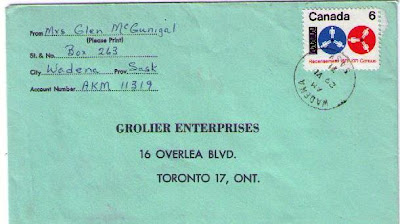