From 1974 to 1981, Canadians were caught in the middle of labour disputes between postal unions and the federal government. There were four major postal strikes in that time, two of them lasting six weeks. This article provides a brief summary of the strikes of 1974, 1975, 1978, and 1981, and shows foreign suspended mail to Canada posted during the strikes. (An earlier post dealing with the 1968 postal strike can be found here)

In the early 1970s, Canada Post Office began implementing its postal mechanization programme. The system was staffed with female postal code machine operators paid $2.94/hour compared to male postal clerks making $3.69/hour. The national office of the Canadian Union of Postal Workers instigated a national illegal strike to bargain for better wages for the new postal work. The strike lasted from April 19 to 26, and ended when the federal government agreed to arbitrate the pay scale for postal coders. An arbitrator awarded female postal coders the same wages as male postal clerks.

The U.S post office temporarily discontinued service to Canada because of the postal strike and returned Canadian-bound mail to the senders. Since post offices supplied their own return handstamps, most return markings are unique to each office. 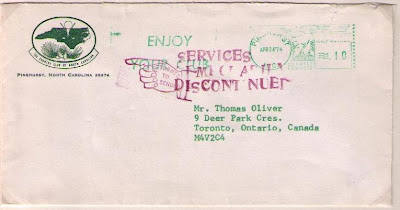 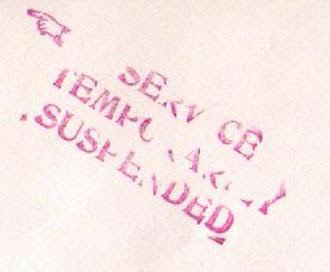 Late in 1975, a 43 day legal strike occurred which ended on December 2, 1975. Postal workers were promised job security and protection of full-time jobs. 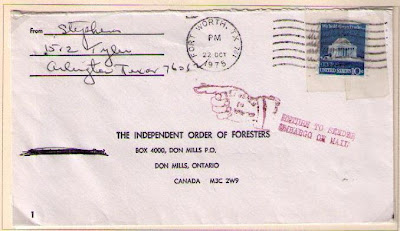 RETURN TO SENDER
EMBARGO ON MAIL 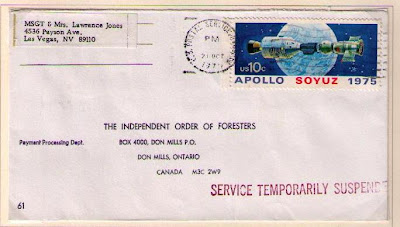 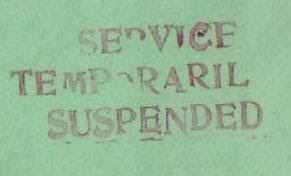 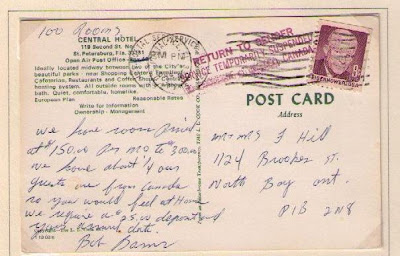 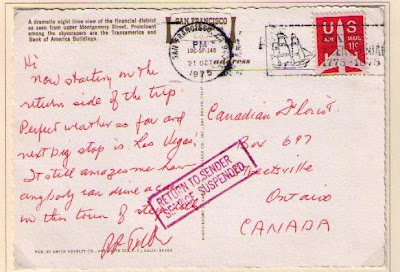 The legal 1978 strike, which began on October 20, 1978, was immediately brought to an end with the passage of government back-to-work legislation on the first day of the national strike. Union president Claude Parrot was charged and convicted of contempt of Parliament and spent two months in jail. 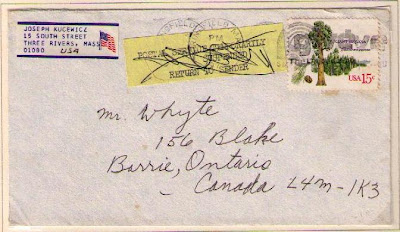 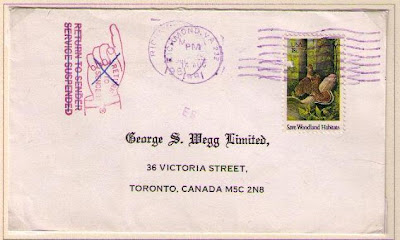 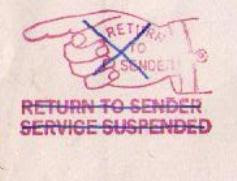 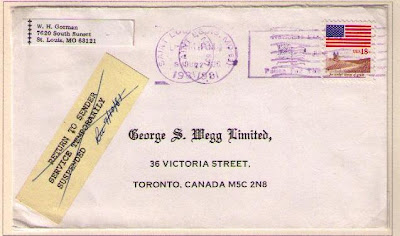 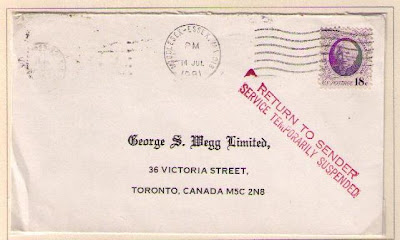 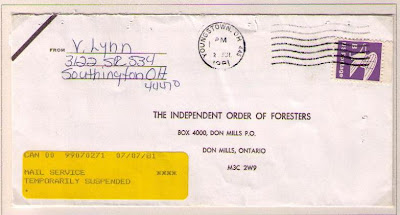 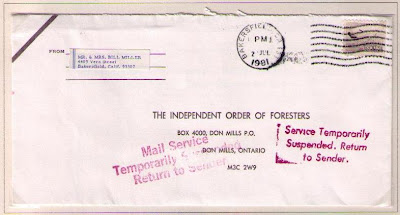 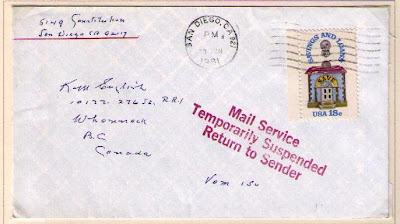 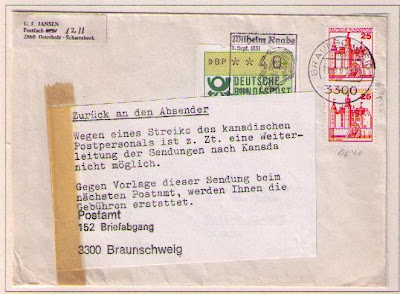 Post Office note taped to front of envelope states that because of a strike in Canada, forwarding mail to Canada was not possible. Upon presentation of this letter, fees would be refunded. 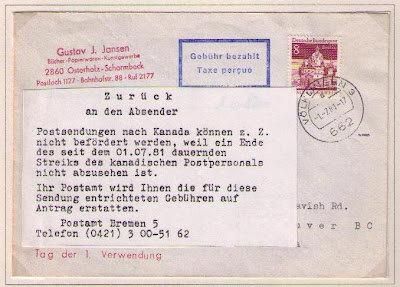 Post Office note taped to front of envelope states that mail to Canada could not be forwarded because Canadian postal staff has been on strike since 01.07.81 without end in site. The post office will reimburse the sneder. 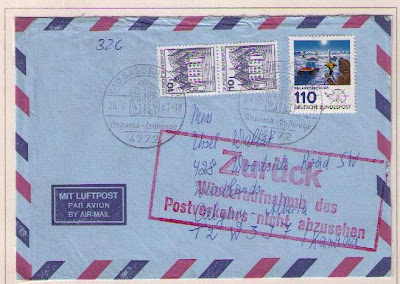 RETURN
RESUMPTION OF POSTAL SERVICE NOT IN SIGHT

The author does not have examples of mail that was delayed during the 1987 strike. This article provides information regarding the 1987 disruptions.

A survey carried out by the Canadian Direct Marketing Association and centered around the direct mail industry found that the 1975 postal strike resulted in an aggregate revenue loss of some $25 million to 64 reporting firms, most of which were classed as non-recoverable. Two-thirds of the firms reported a permanent loss of customers, a majority of these losing in excess of 10 per cent, and some 60 per cent of the firms laid off employees.

In the case of the 42-day postal strike in 1981, a spokesperson for the Canadian Federation of Independent Businesses indicated that a study which they undertook found that Canadian businesses lost approximately $3 billion due to the work stoppage.

In the case of Lee Valley a leading Canadian supplier of woodworking tools and gardening tools and cabinet hardware, the strike forced Lee Valley, a mail order company, to open its first retail store in 1981. Lee Valley now has 13 outlets from Halifax to Vancouver. In a 2008 interview with Profit, President and founder Leonard Lee explained:

In 1981, there was a national postal strike that lasted six weeks. Around the end of the sixth week, [then Canada Post head] André Ouelette said, “I can’t accept that businessmen have to rely on the post office to make a living. If they do, they better find other ways.” That’s a direct quote. I heard that at six o’clock in the morning, got out of bed and stubbed my toe on the bedpost. By the time I got to the office, I was a seething mass of rage, and I decided to put a full-page ad in the newspaper just to vent my spleen. But I also decided we had to have stores. We were losing $1,000 a day at the time, and we just didn’t have the money to afford it—it was only three years after we started. It’s more efficient in this business to do mail order, because you don’t have to pay for all the real estate. But we couldn’t let the business be crippled, so we diversified into retail.

Lee Valley retail customers are glad that Mr. Lee diversified.
Posted by philcovex at 3:52 AM