Curling is a sport in which two teams of 4 players each send stones over an ice surface toward a target circle in an attempt to place nearest the centre. Curling was exported to Canada from Scotland and in 1807, The Montreal Curling Club was the first Curling Club outside of Scotland. 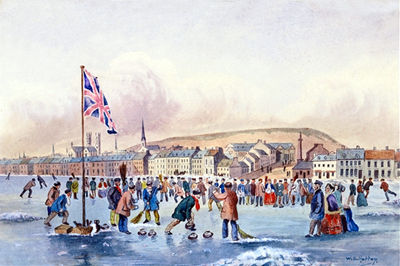 There are several web sites with excellent articles about curling: 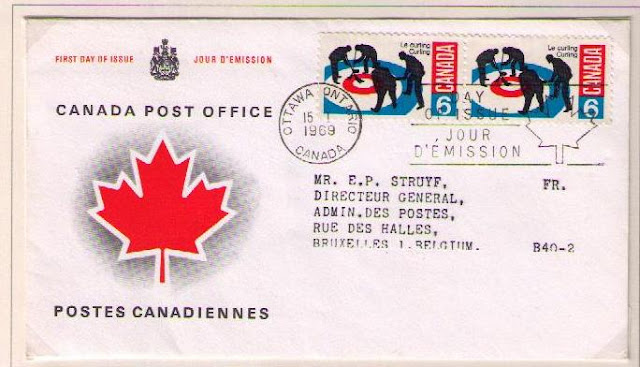 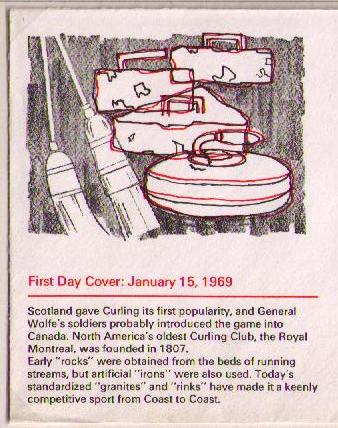 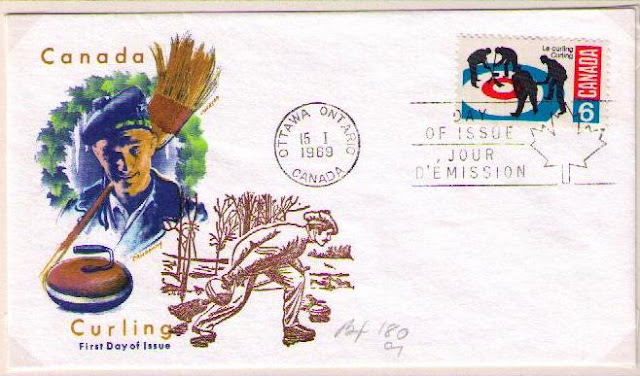 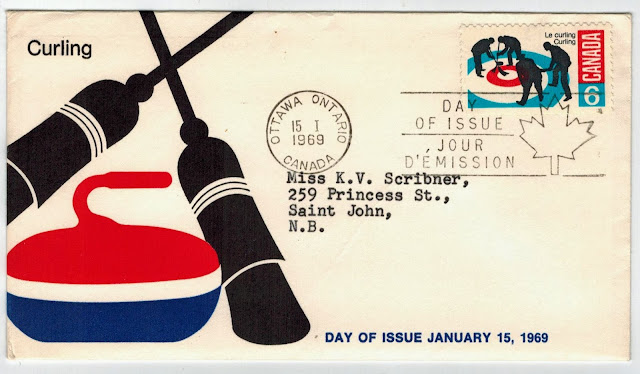 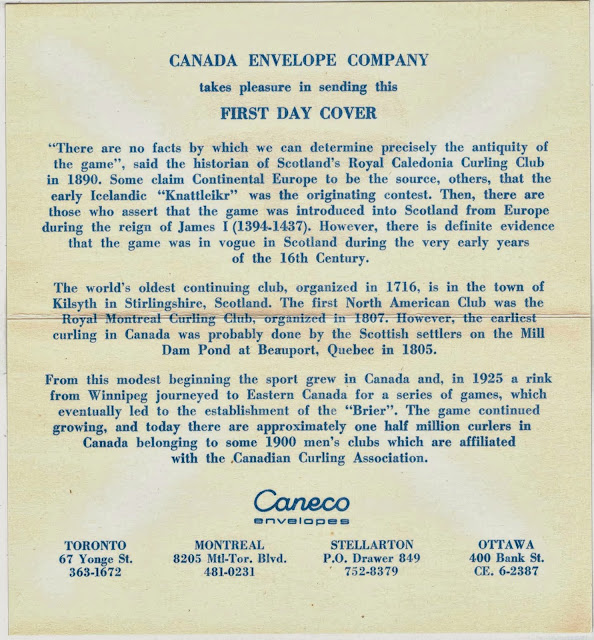 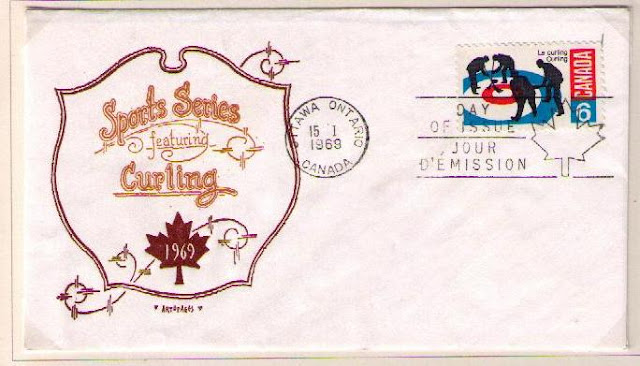 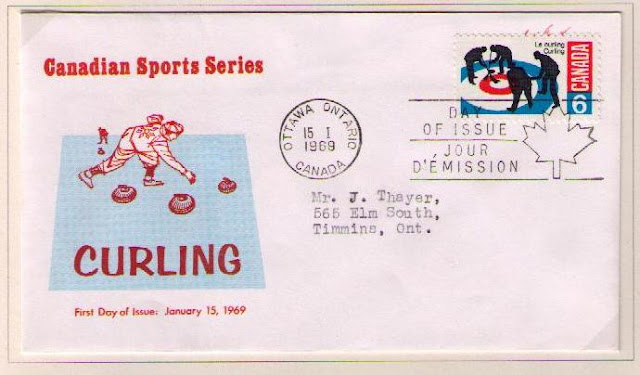 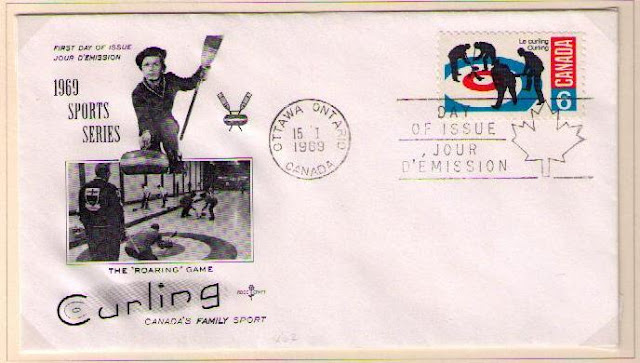 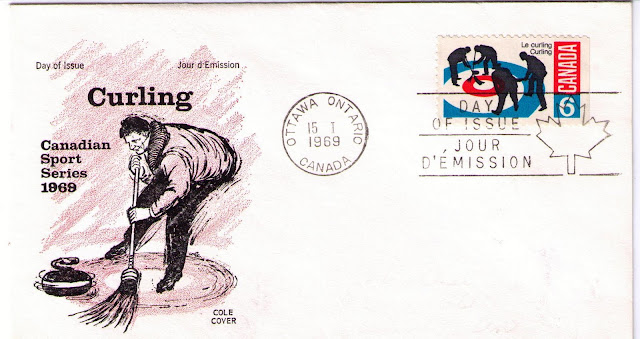 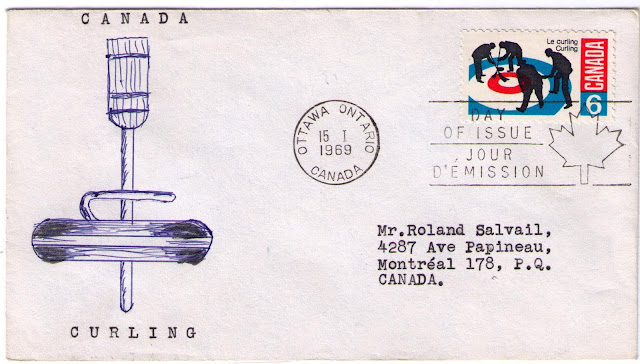 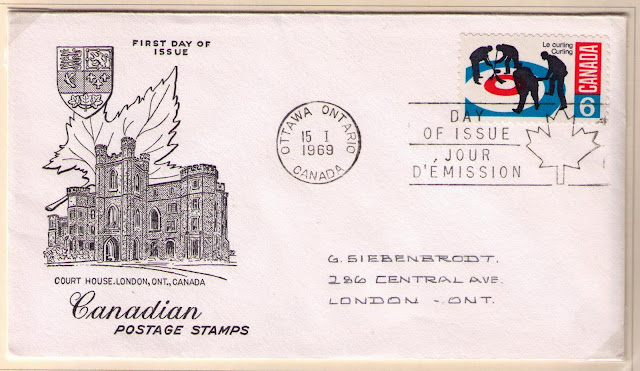 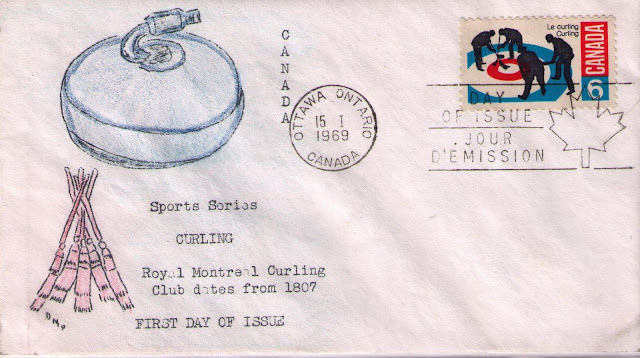 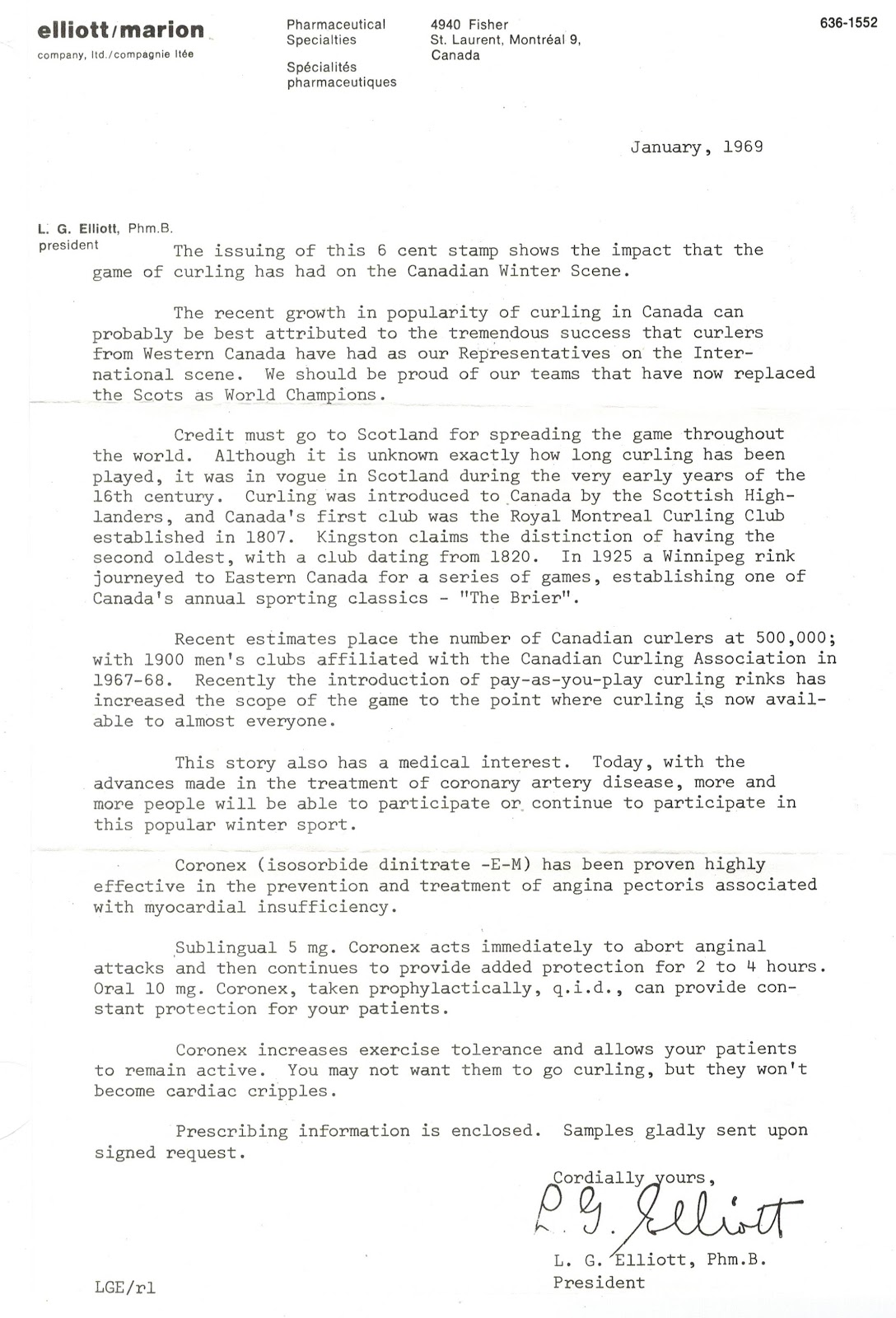 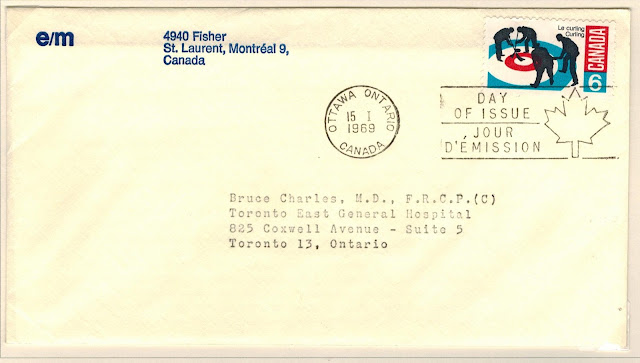 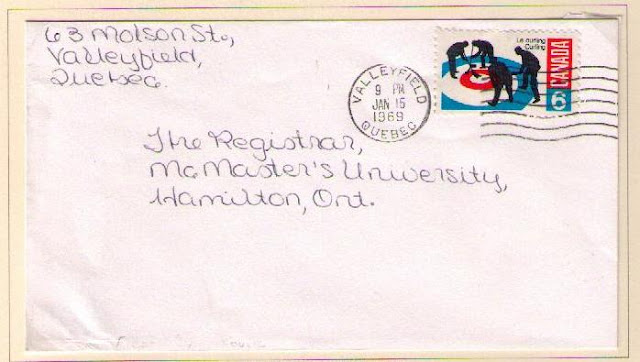 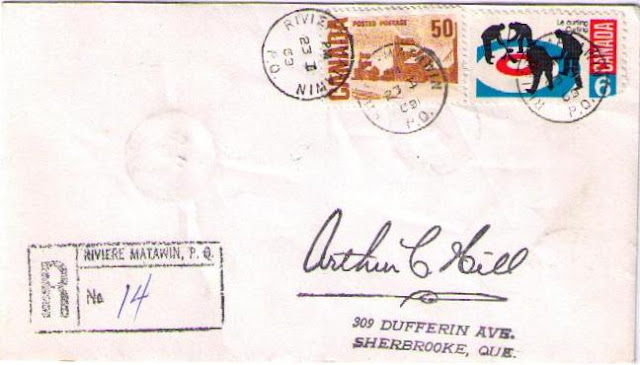 Dr. Arthur Hill was a philatelist who posted covers at many Quebec post offices. This registered cover was mailed from Riviere Matawin, January 23, 1969. Riviere Matawin is located just north of La Mauricie National Park, in the heart of the Laurentians.

Curling is a sub-division of the city of Corner Brook, Newfoundland. Curling was known as Birchy Cove, but its name was changed as a dedication to Rev. J.J. Curling. 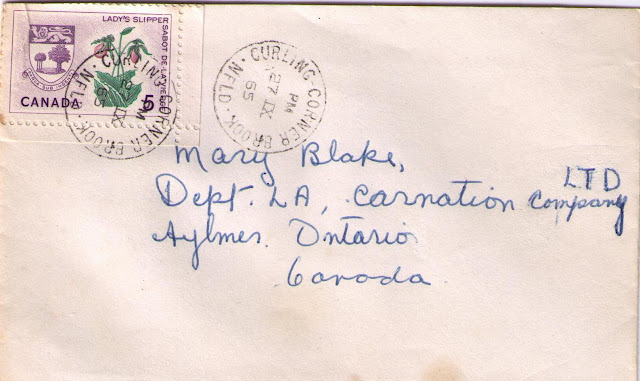 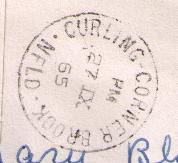 The Canadian Postal Employees Curling Classic has been held annually since 1967. In 1970 Ottawa was host city with entries from Quebec, Nova Scotia, and the New Brunswick-P.E.I. Postal District entered for the first time. 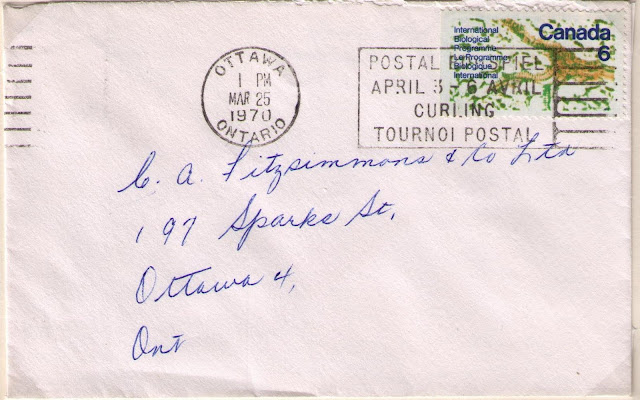 The Alberta team won the 1970 bonspiel. 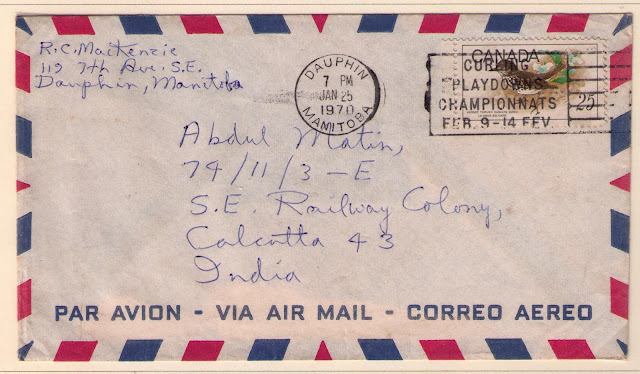 From 1968 to 1985, the World Curling Championship was sponsored by Air Canada and called the "Air Canada Silver Broom". The 1981 Men's Silver Broom held in London, Ontario, was won by Switzerland. The Canadian team finished third. 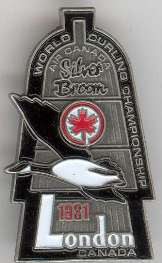 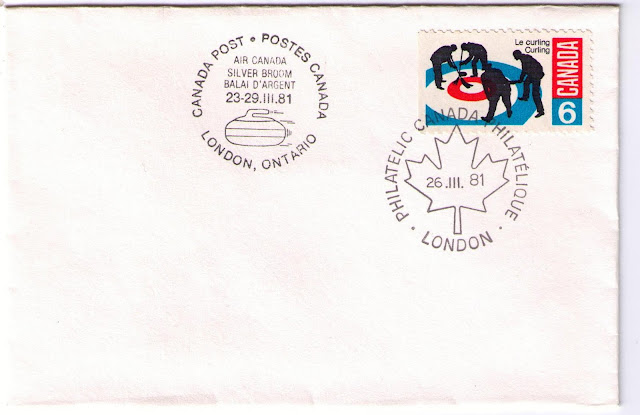 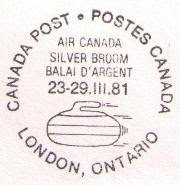 Posted by philcovex at 5:09 AM