This article deals with the the British American Bank Note Company 6 cent black definitive booklets issued from 1970 to 1971. BABN printed a $1.50 booklet which contained twenty-five 6 cent stamps (Die I) and a 25c booklet containing a block of four 6 cent stamps (Die II) [THIS ARTICLE discusses the BABN Dies] . The stamps were initially perforated 10 which was surprising given the stamp separation problems experienced with the perforated 10 six cent orange stamps. The later printings were perforated 12.5 x 12. 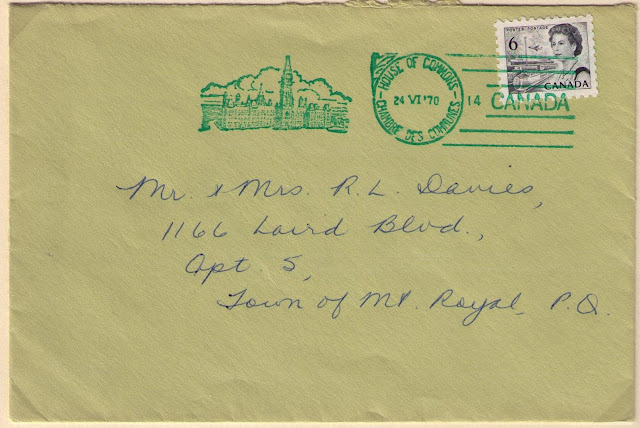 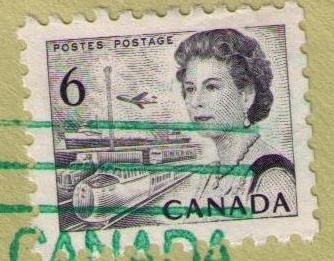 The only Die I stamps perforated 10 were from the $1.50 booklet

The $1.50 booklet stamps were also printed on Hi-brite paper. 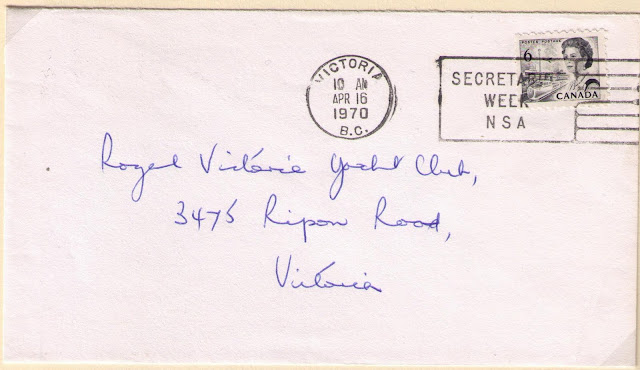 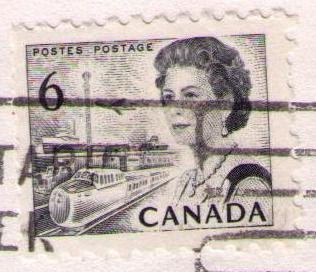 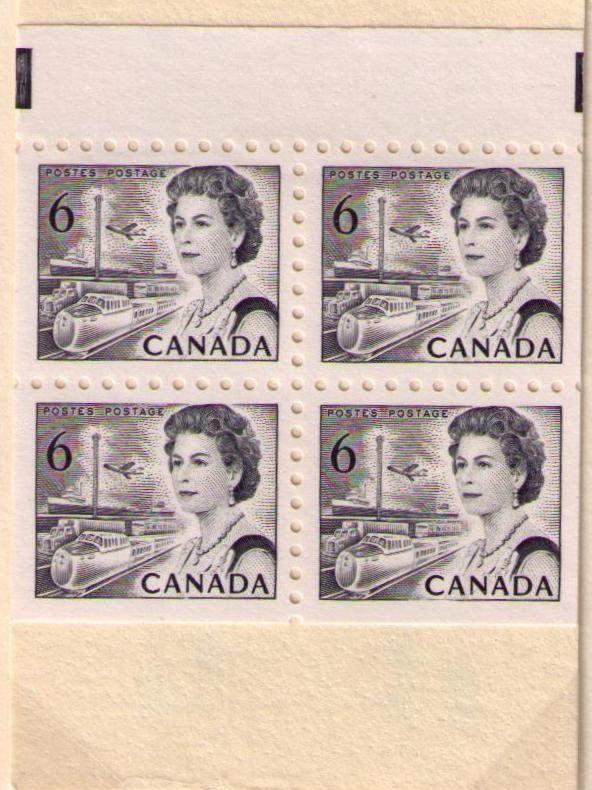 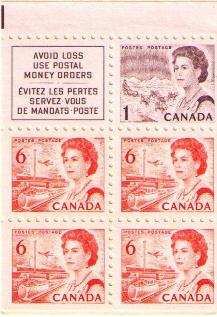 Canada Post Office explained the higher booklet cost on the back cover of the booklet:

DUE TO PRINTING AND SERVICE COSTS, THIS
BOOKLET NOW CONTAINS 4 SIX CENT STAMPS 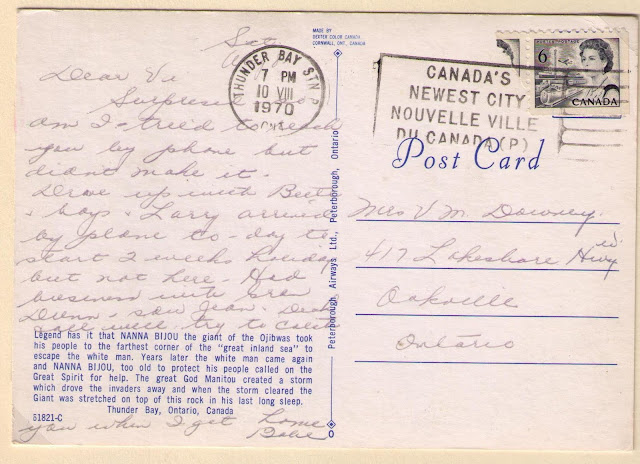 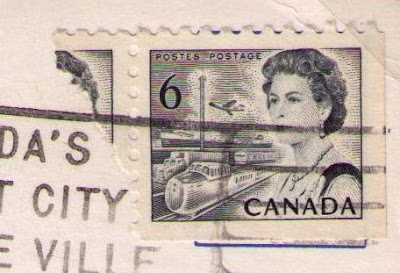 Die II, perforated 10 stamps were only printed in the 25 cent booklet format.

The booklet panes were guillotined on the left and right sides. Side stamp perforations often have a nibbled appearance.

The left side is fully perforated with a small section of the adjacent pane's stamp. The right side is a straight edge. 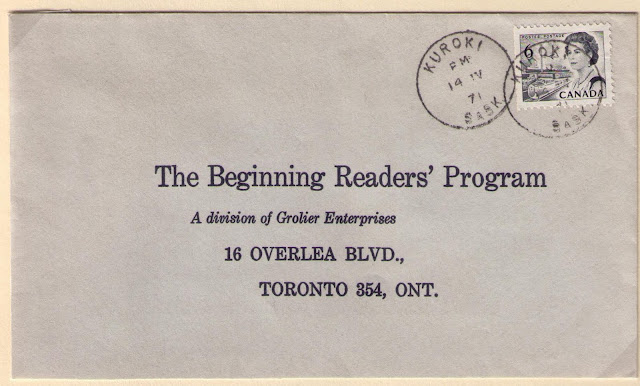 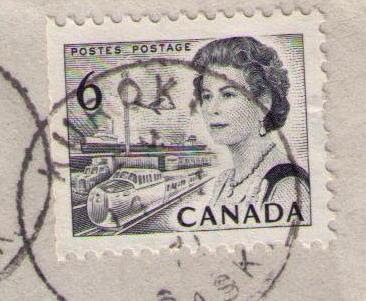 Two gums were used for the 25 cent booklet stamps: dextrine and PVA. 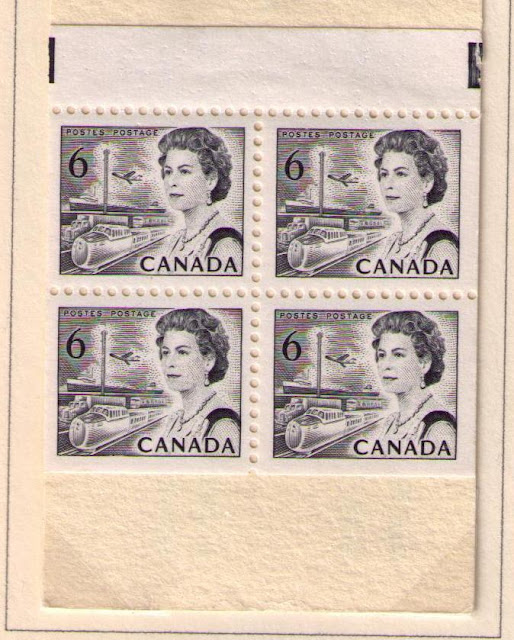 Dextrine gum ( there is wax coating on the inside of the cover)
Back not scanned to avoid damaging the booklet.

There were two covers used for the PVA gum booklets: wax coating and no coating. 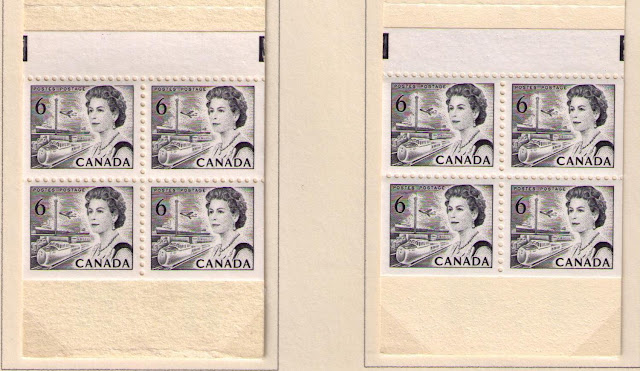 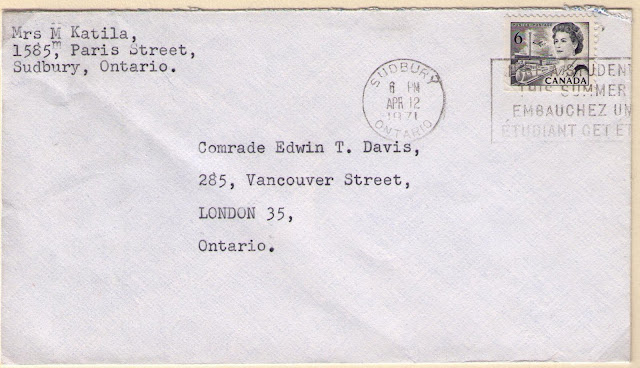 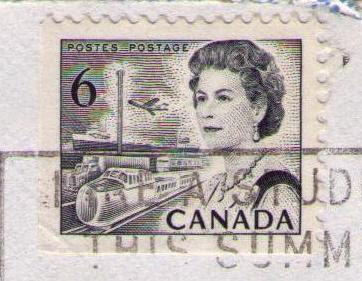 Die II, perforated12.5 x 12 stamp from the lower left position of the pane of 4 stamps.
Posted by philcovex at 3:51 AM