This post considers a few of the exhibitions held in Canada during the Centennial year. The exhibitions discussed in this article were serviced with sub post offices which in most cases applied a special Exhibition cachet to the mail.

The first exhibition was organized in 1886 and was held annually until 1894. In 1910 the name was changed to the Calgary Industrial Exhibition Company. The present name has been used since 1933. The first Stampede was organized by American cowboy Guy Weadick in 1912. 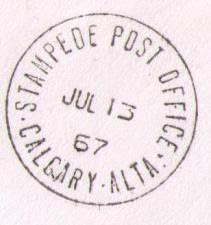 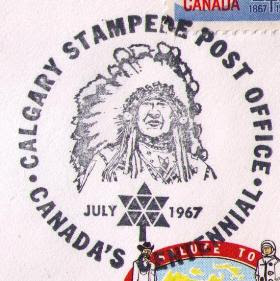 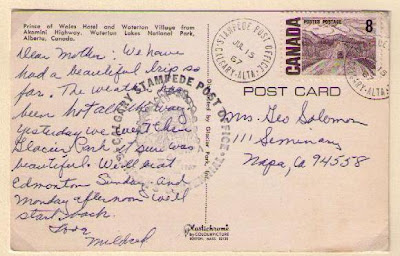 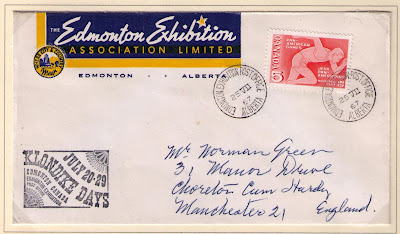 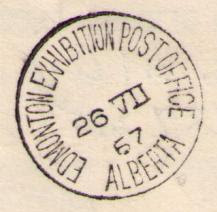 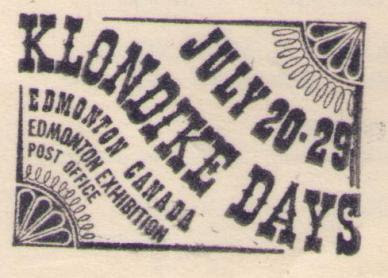 
A slogan cancellation was used at the Edmonton Post Office to publicize "Klondike Days: 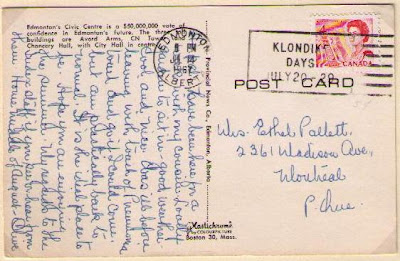 Regina's first fair was held in 1896. A year later, it was named the Territorial Exhibition, held at the same location where it stands today. In 1898, it became the Regina Exhibition. In 1967, in honour of Saskatchewan's pioneers, the celebration was named Buffalo Days.
Reference : Regina Leader Post, July 9, 2009 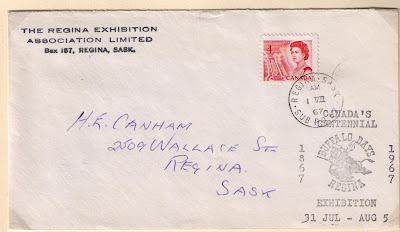 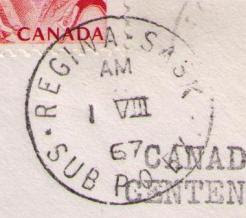 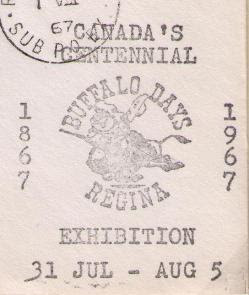 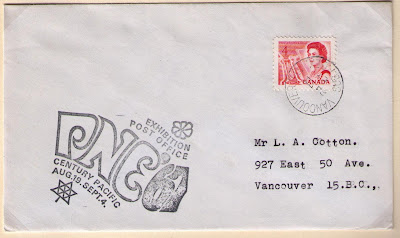 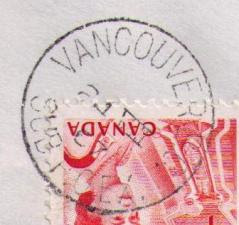 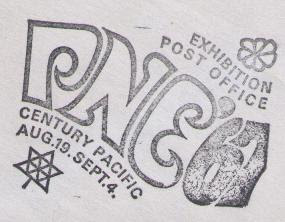 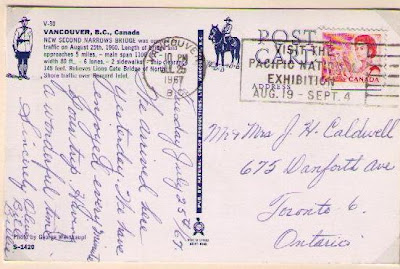 The first Atlantic Winter Fair was held in 1963 and is now called the Maritime Fall Fair. The fair provides an opportunity for visitors to gain a greater awareness of the agricultural industry. 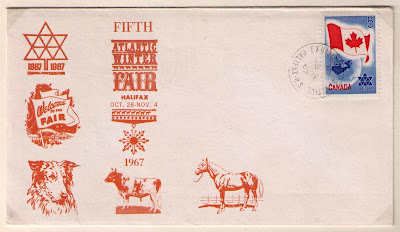 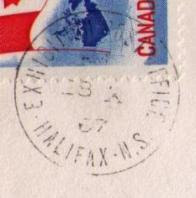 Exhibition Post Office, Halifax, N.S.
Posted by philcovex at 3:25 AM