During the Centennial year, the Canadian Armed Forces Tattoo appeared across Canada. The Special Centennial Events booklet published by the Canadian Government had this description of the Tattoo:

A pageant of three hundred years of Canadian military history is staged with music, parades, drills, dances, comedy and fantasy, all in authentic costume.
Spectacular outdoor presentations involving a cast of 1,700 Canadian Armed Forces personnel, will be seen in Victoria, Vancouver, Ottawa and Hamilton, as well as at the Canadian National Exhibition in Toronto and at Expo 67 in Montreal. Smaller, 250 member groups,will present a scaled-down performance of the Tattoo in arenas in 30 communities from coast to coast, as well as outdoor presentations at Fort George, Niagara, and the Citadel at Quebec City. 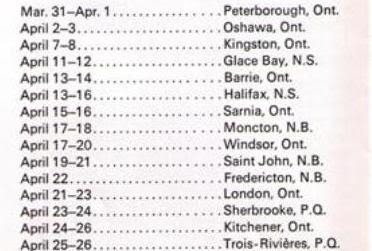 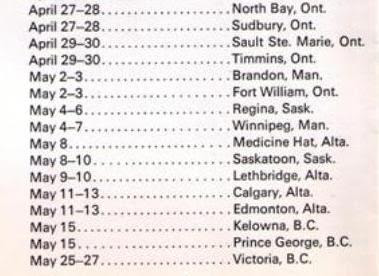 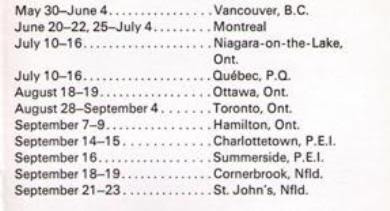 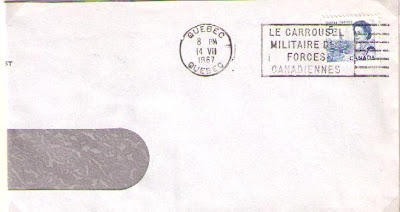 
THE CANADIAN ARMED FORCES TATTOO MAY 4-7 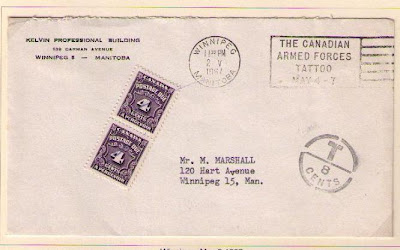 
THE CANADIAN ARMED FORCES TATTOO MAY 8-10 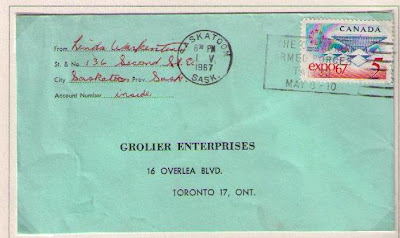 
THE CANADIAN ARMED FORCES TATTOO MAY 11-13 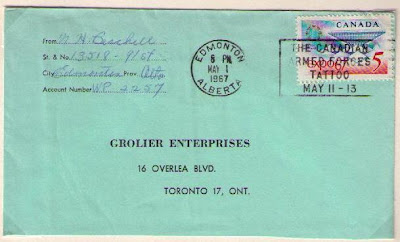 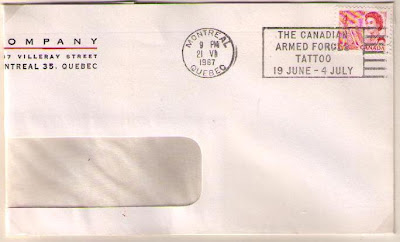 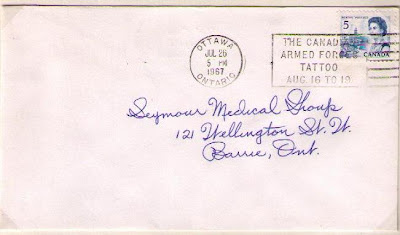 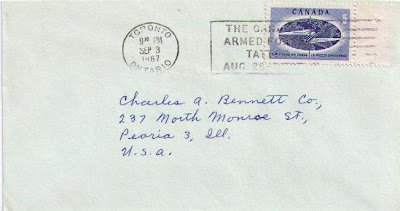 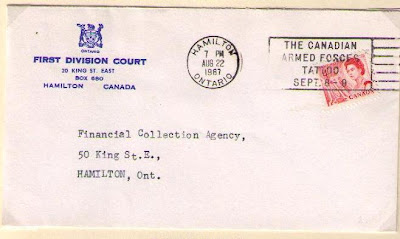 The trains were provided with Military Post Office facilities. 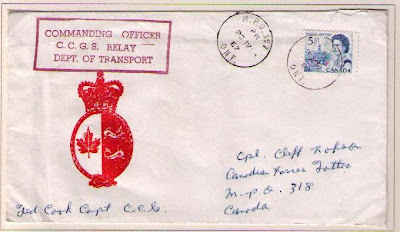 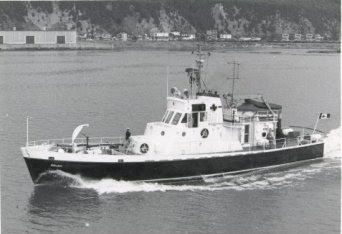 The C.C.G.S. Relay was a search and rescue cutter. 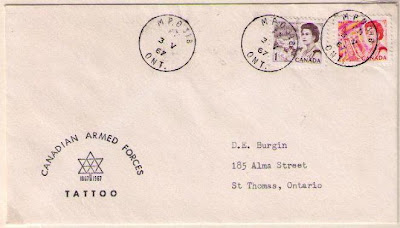 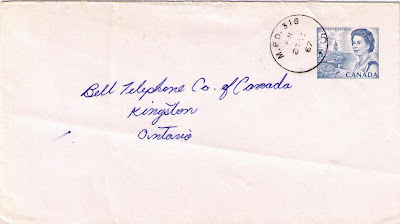 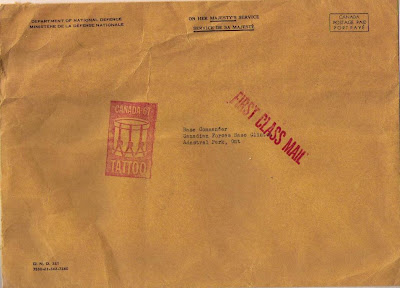 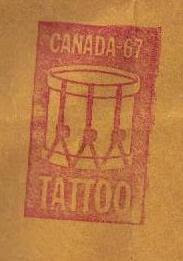 Tattoo logo
Posted by philcovex at 5:13 AM