Major-General Sir Isaac Brock, K.B., (1769-1812), one of Canada's outstanding military heroes was born on the island of Guernsey. He entered the British Army in 1785, became a lieutenant-colonel in 1797 and served in Europe 1799-1801. The following year he was posted to Canada with his regiment. In 1811, just prior to the outbreak of war between Britain and the United States, Brock became President of the Executive Council and Administrator of Upper Canada (now Ontario) and rapidly organized the defence of the colony. His leadership culminated in the capture of Detroit and the defeat of the U.S. invaders at Queenston Heights (Niagara) in 1812. He was mortally wounded during the engagement and is interred on the heights above the battlefield where he fell.

Reference: Department of Public Records and Archives of Ontario 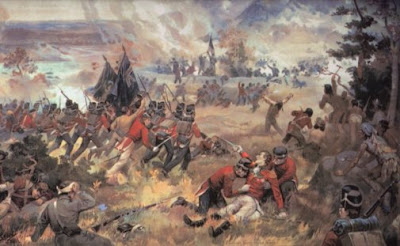 A painting of Brock on the battlefield

Brock's remains were placed in a vault under a 135 foot monument atop Queenston Heights in Queenston, Ontario. The first monument was bombed by a terrorist in 1840 and was replaced the imposing 56 metre (185 foot) column which stands today. 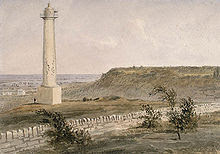 The first monument was inaugurated October 13, 1824. 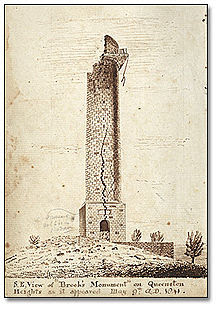 On April 17, 1840, an explosive charge did serious and irreparable damage to the monument although it failed to bring it down. The attack was presumed to have been orchestrated by Benjamin Lett, an anti-British agitator and participant in the 1837 rebellion. 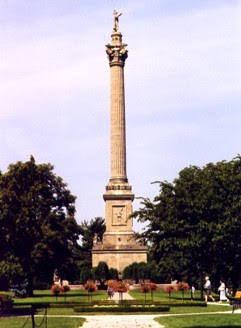 Built in 1853, the second monument is still standing.

In 1969, the island of Guernsey issued a set of 4 stamps to commemorate its native son.

Not in the author's collection 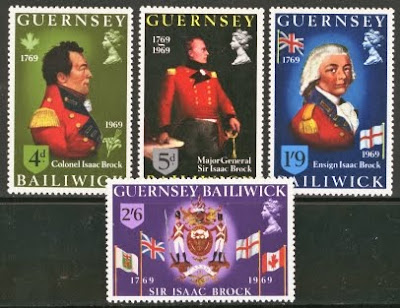 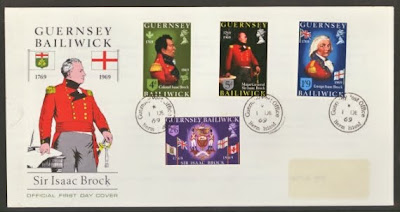 On September 12, 1969, Canada Post Office issued a stamp commemorating the 200th anniversary of Brock's birth. The stamp shows an image of Brock and Brock's Monument. 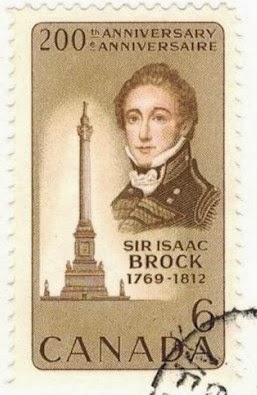 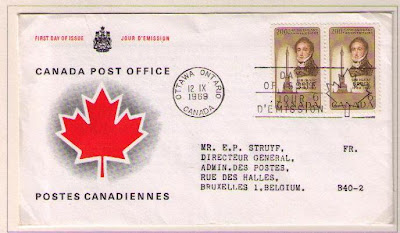 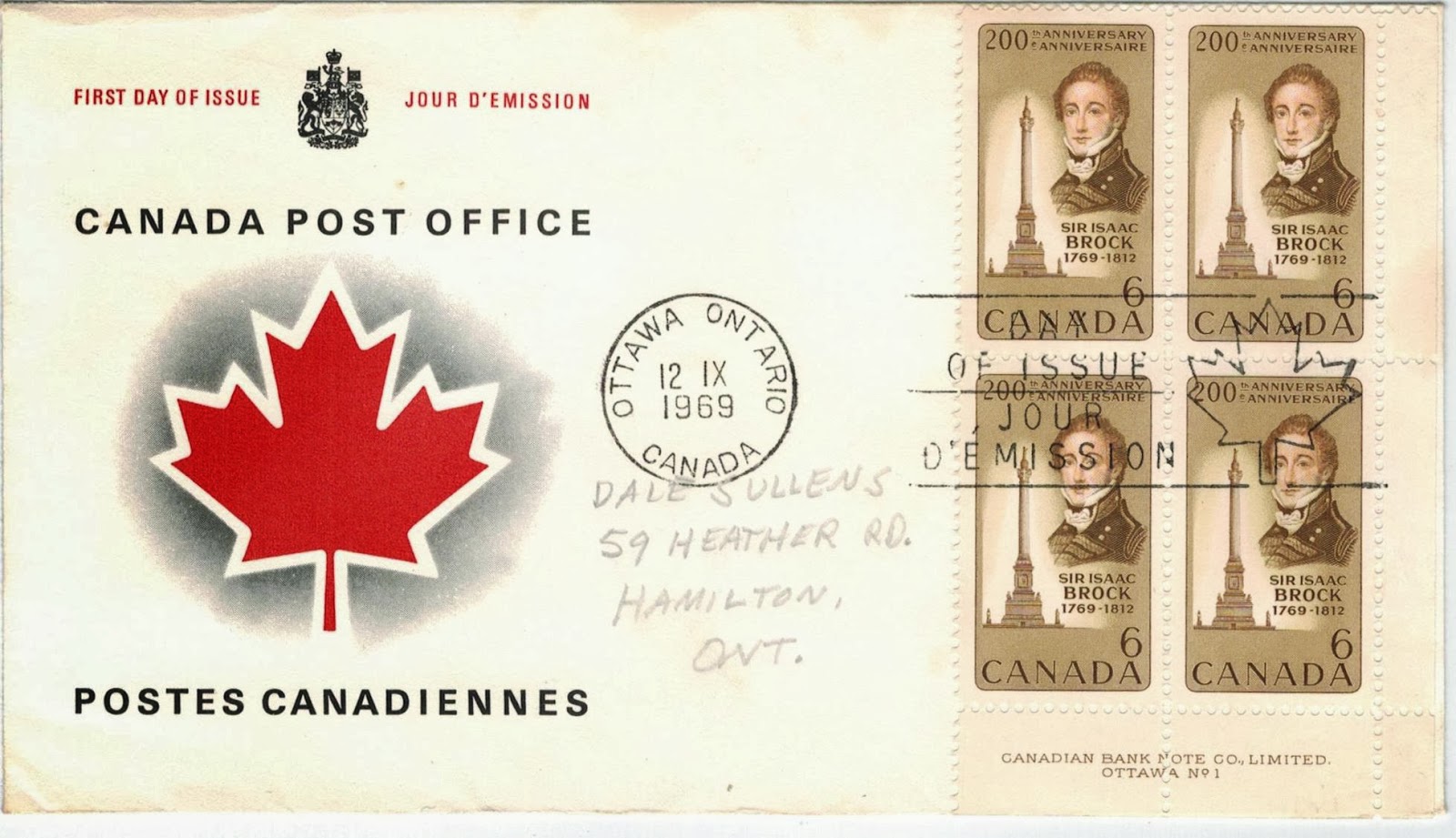 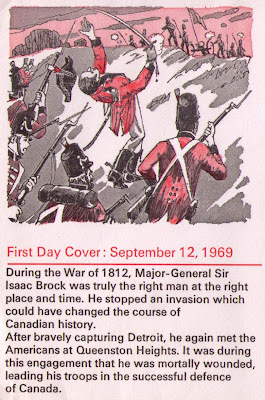 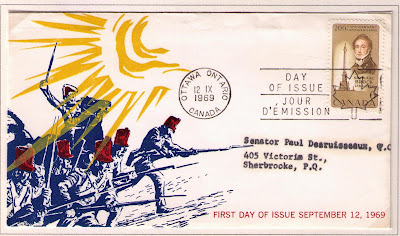 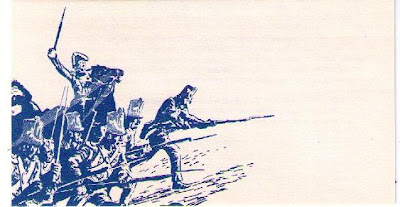 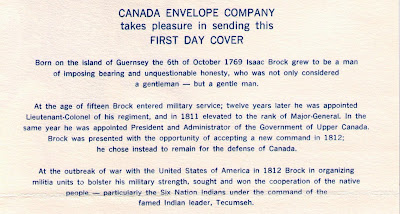 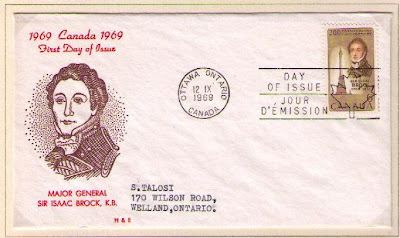 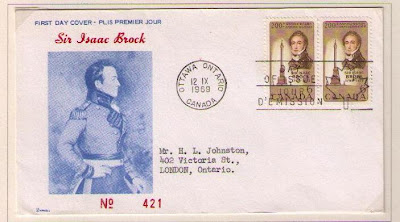 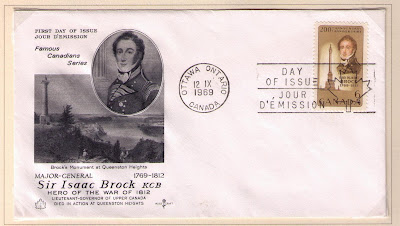 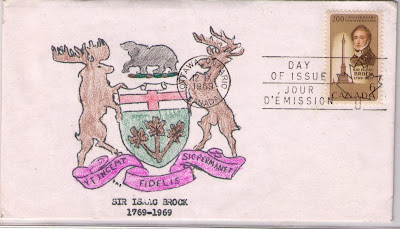 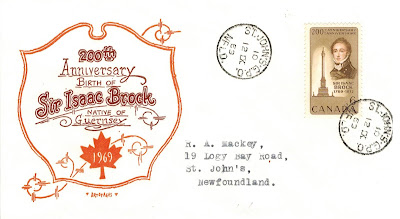 The souvenir cover shown below was cancelled at Queenston, October 13, 1963. 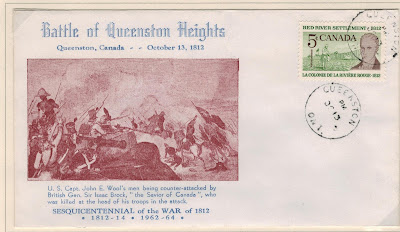 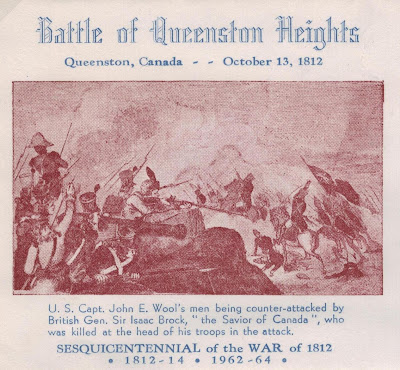 Sir Isaac Brock and Tecumseh were featured on stamps issued in 2012 to mark the bicentennial of the War of 1812.