The ILO is the international organization responsible for drawing up and overseeing international labour standards. It is the only 'tripartite' United Nations agency that brings together representatives of governments, employers and workers to jointly shape policies and programmes.

The ILO was created in 1919, as part of the Treaty of Versailles that ended World War I, to reflect the belief that universal and lasting peace can be accomplished only if it is based on social justice. Between the two world wars, ILO was an autonomous part of the League of Nations with headquarters in Geneva, Switzerland.

From 1940-1946, the headquarters were temporarily moved to Montreal.

Canada Post Office issued the ILO commemorative stamp on May 21, 1969.

Readers may be interested in a paper by David Frank, "The Labour Stamp: The Image of the Worker on Canadian Postage Stamps", Labour/Le Travail, 39 (Spring 1997), 179-94. It is unusual for postage stamps to be the topic of a non-philatelic journal. 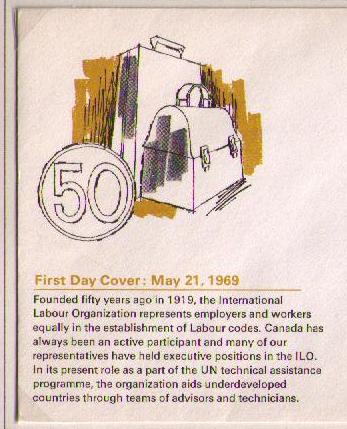 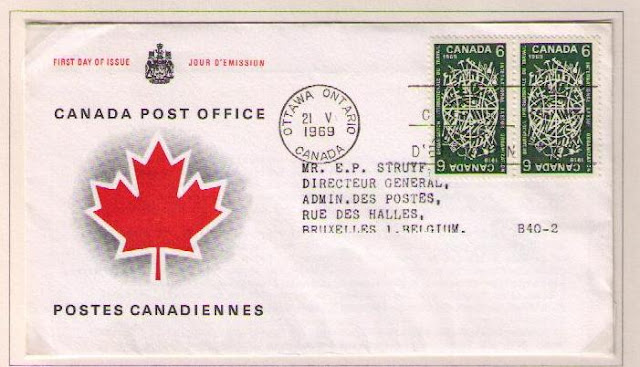 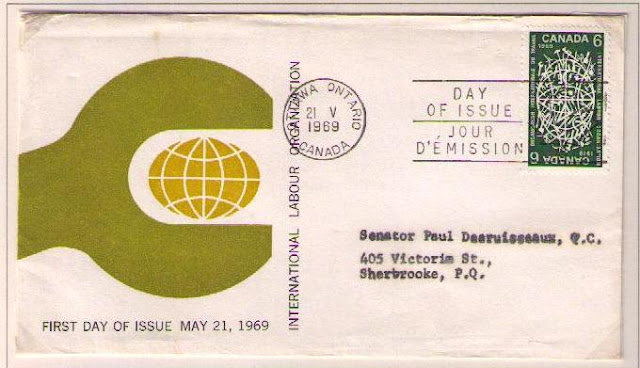 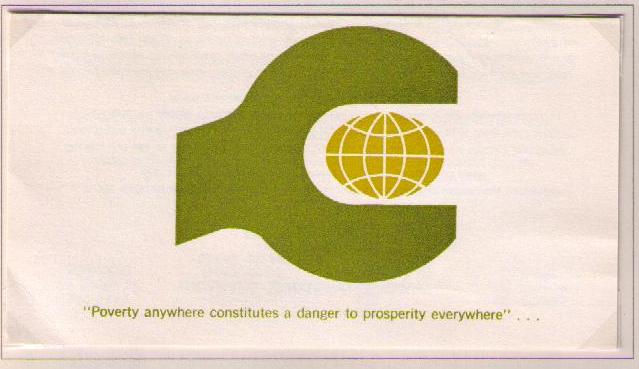 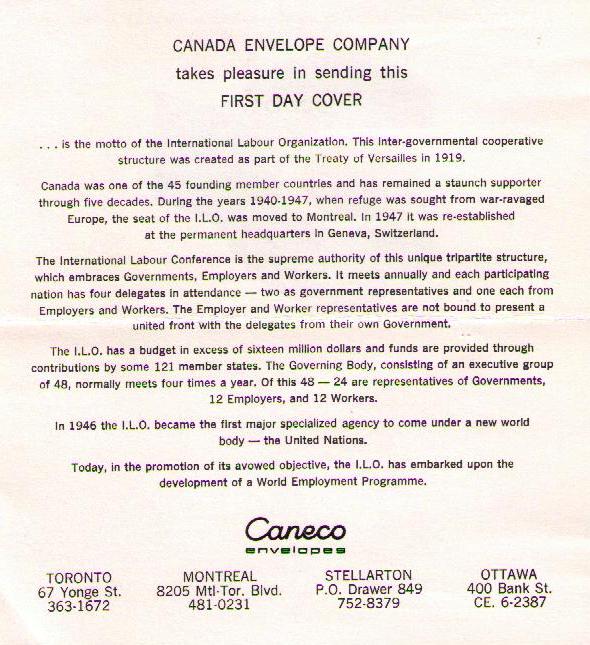 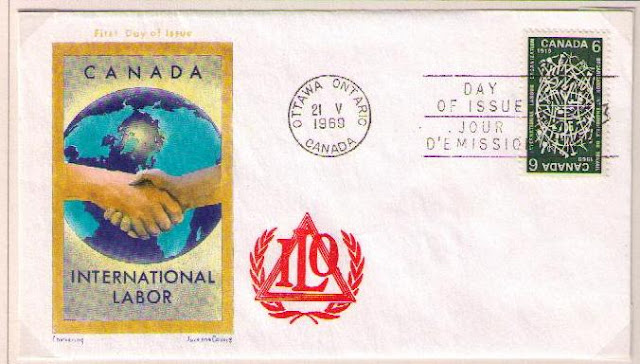 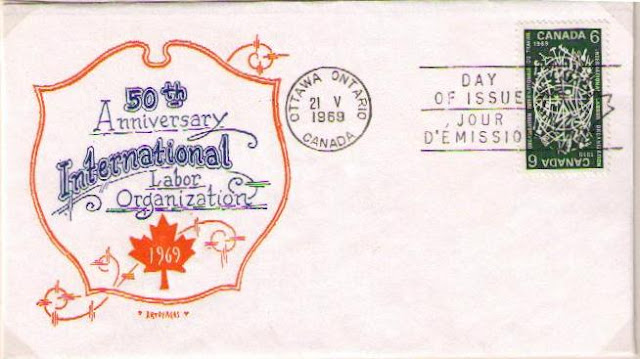 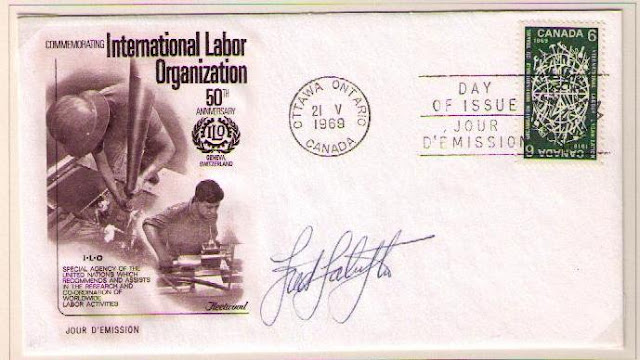 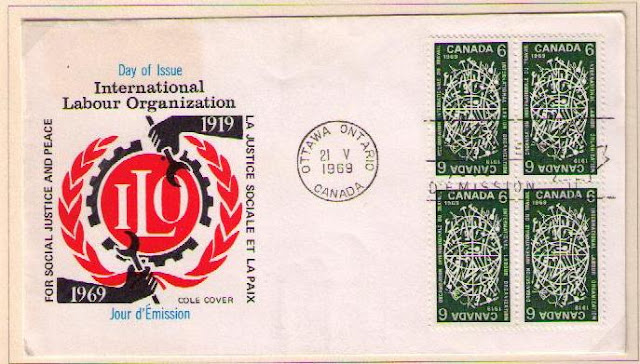 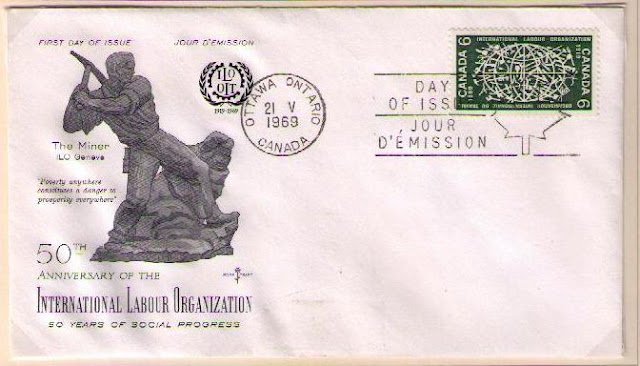 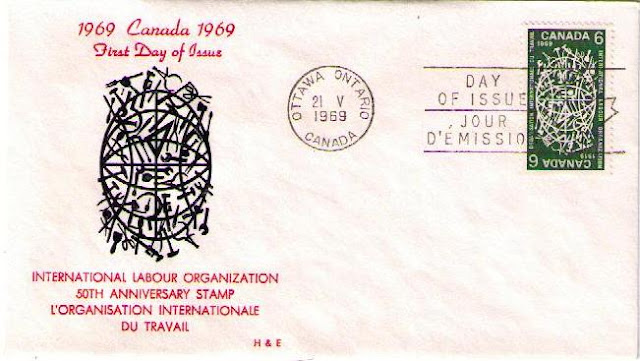 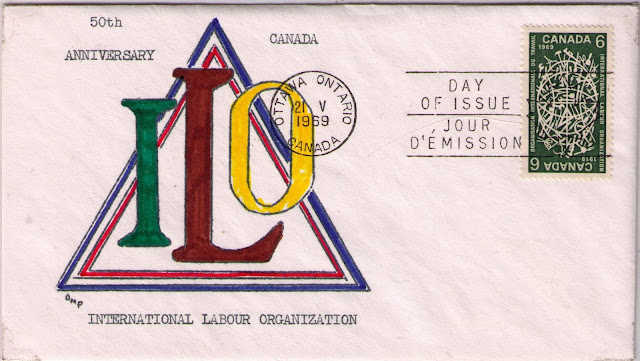 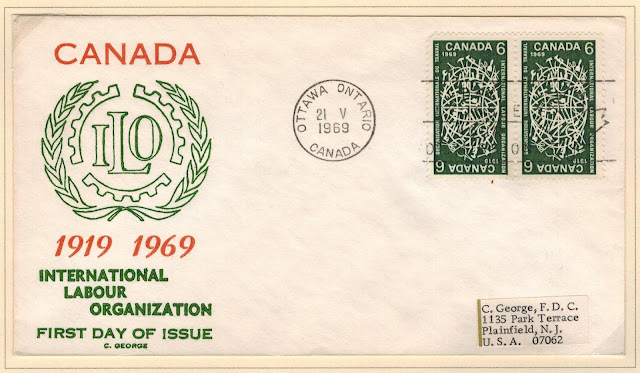 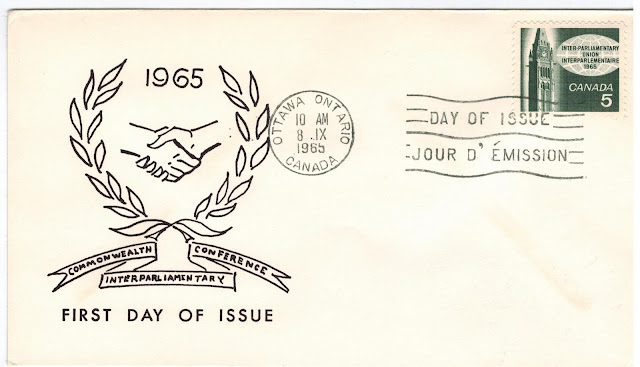 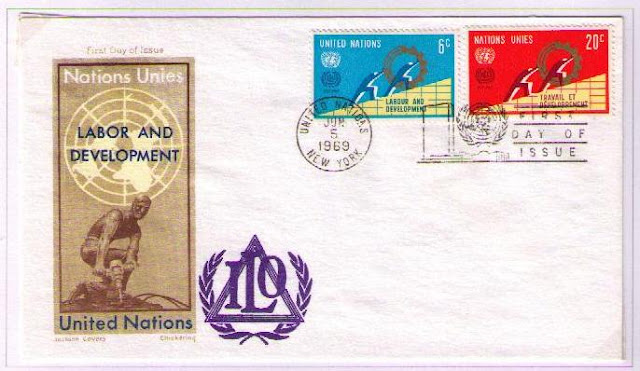 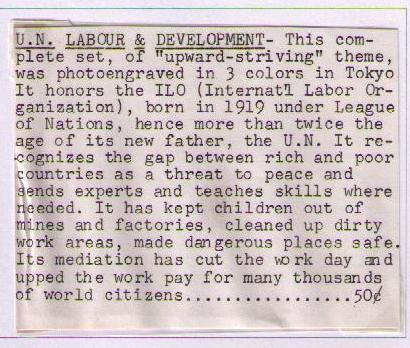 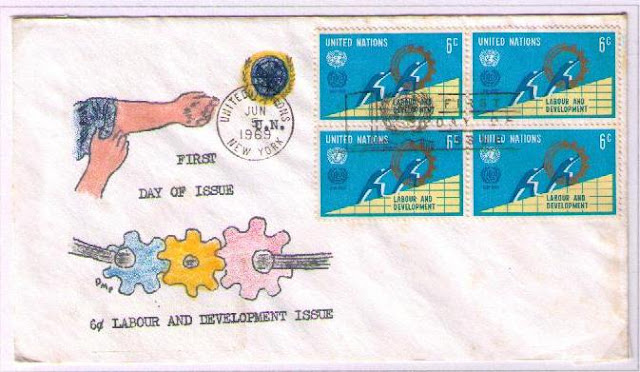 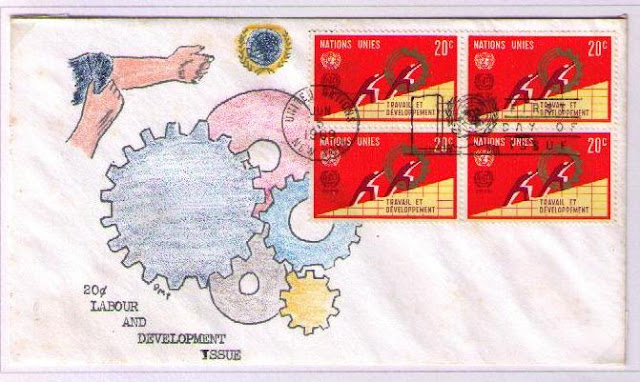 Posted by philcovex at 5:13 AM