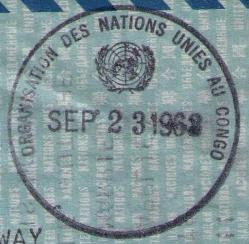 Soon after gaining independence from Belgium in June 1960, the Republic of Congo fell into a state of disorder. Belgium moved in 10,000 troops. The United Nations was asked to provide a force to help the Congolese authorities restore order and deal with the separatist threat of the Province of Katanga. The United Nations established the United Nations Operation in the Congo ("ONUC").

Over the next four years, the task of the ONUC was to help the Congolese Government restore and maintain the political independence and territorial integrity of the Congo; to help it maintain law and order throughout the country; and to put into effect a wide and long-range programme of training and technical assistance.

Canada's principal mission was to set up and maintain the UN communication system. Free mail privileges were approved for the UN force. Canadian CFPO 5046 operated at Leopoldville.

The 57 Canadian Signal Squadron was established at Barriefield and flown to Africa for United Nations duty in the Congo . The advance party arrived in Leopoldville on August11, 1960. On October 27 1960 the squadron combined with the Canadian Headquarters element and was redesignated 57 Canadian Signal Unit. The force returned to Canada in 1964. 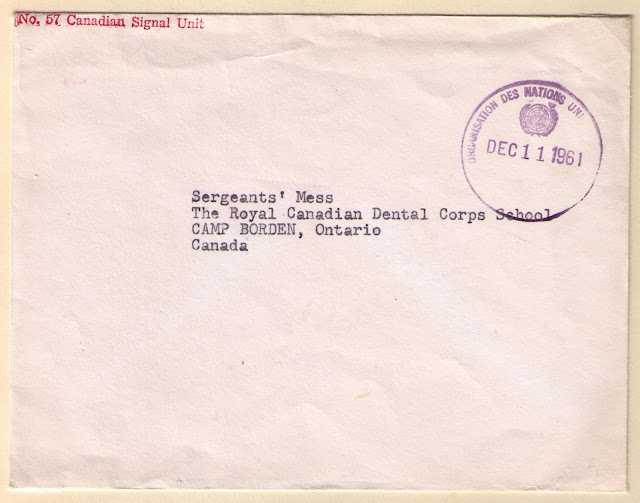 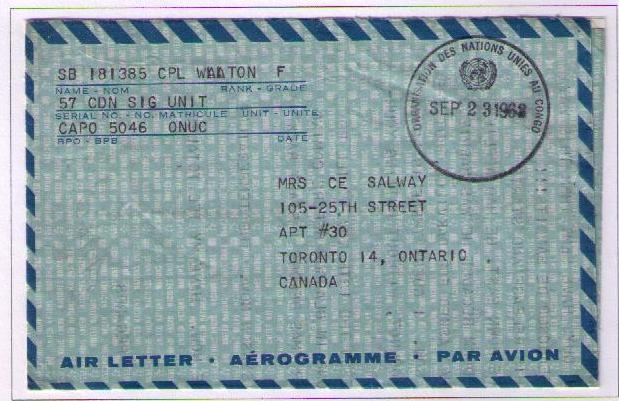 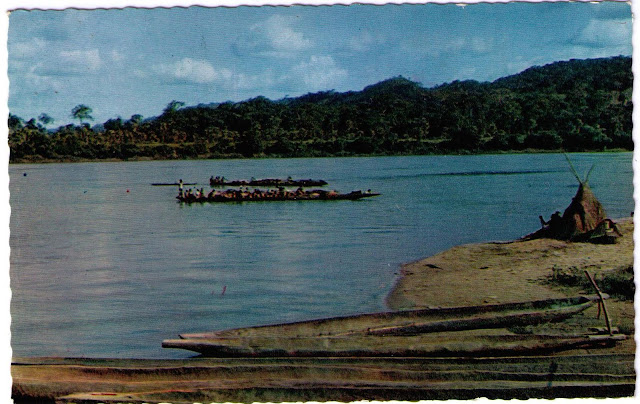 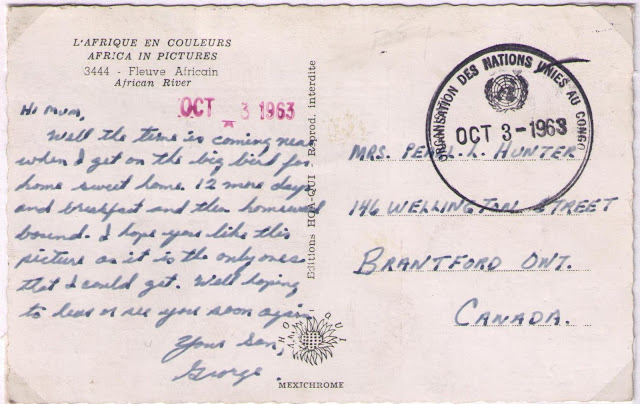 The sender was returning home 12 days after mailing the post card. He writes, "I hope you like this picture as it is the only one I could get". 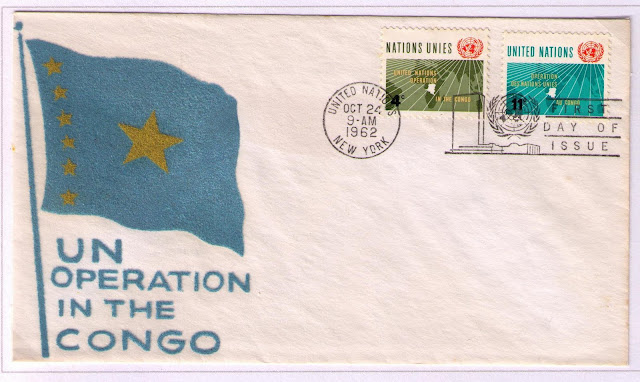 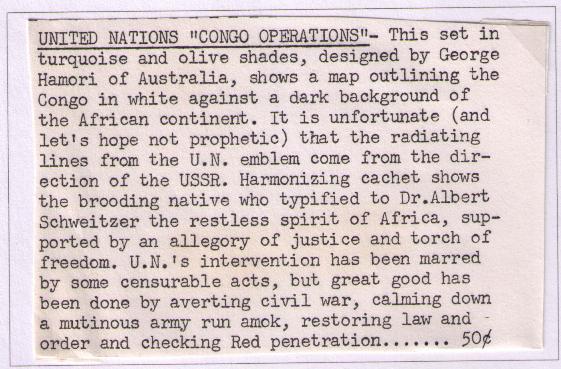 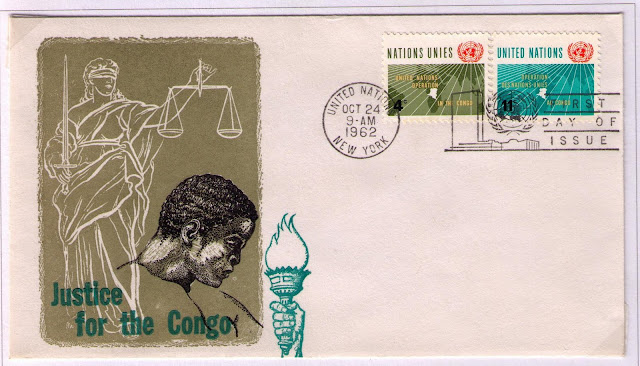 Posted by philcovex at 5:17 AM