Canada Post has announced that it will be issuing a stamp commemorating the upcoming wedding of Queen Elizabeth's grandson. In 1948, the Canada Post Office issued a commemorative stamp to celebrate Princess Elizabeth's wedding. This article was posted on my Great Britain Philately blog on January 28, 2011.

The wedding of Princess Elizabeth to Philip Mountbatten on November 20, 1947, was commemorated by both British and Canadian Post Offices. Since the wedding announcement was made on July 9, 1947, the British Post Office did not issue a commemorative stamp because there was insufficient time to prepare an issue. Instead, a slogan postmark was made for use from November 20 to the end of November. The Canadian Post Office issued a commemorative stamp for the wedding, but only after the event, in February, 1948.

The British slogan postmark was designed by R.H. Higgins, draughtsman in the Power Branch office of the Engineering Department of the Post Office. The British Postal Museum and Archive website shows the drawings submitted by Mr. Higgins in August, 1947. The slogan cancellation featured wedding Bells with a lovers’ knot enclosing the letters ‘E’ and ‘P’: 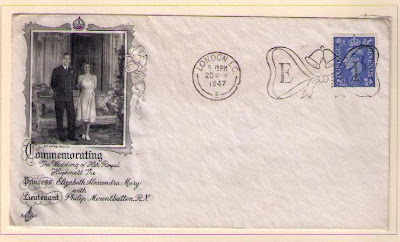 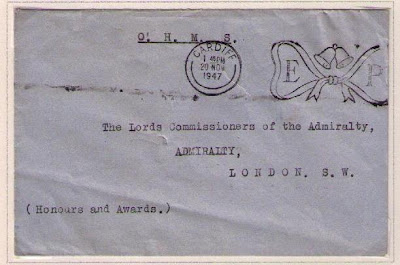 A selection of "Lovers' Knot" covers 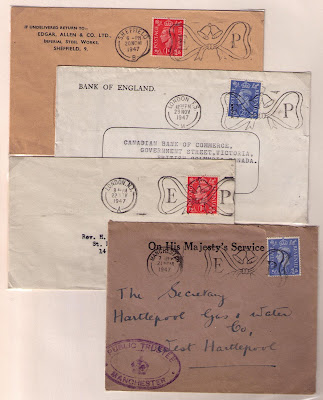 The stamp design was based on a photograph of Princess Elizabeth taken by Dorothy Wilding. The stamp was designed by Herman Schwartz, and the portrait was engraved by William Ford. 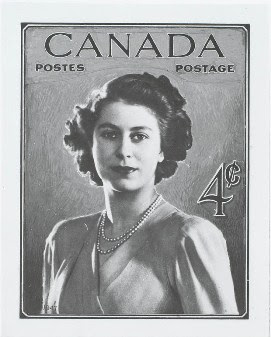 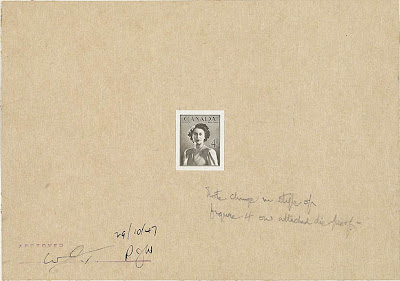 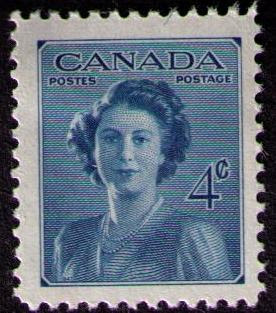 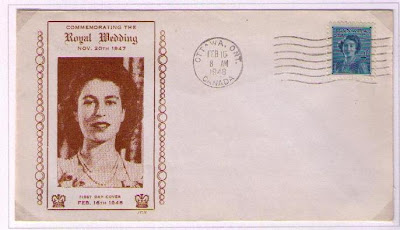 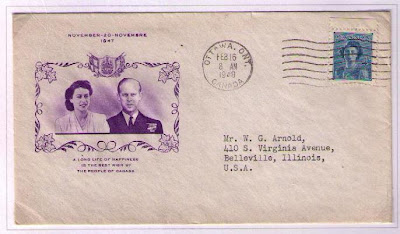 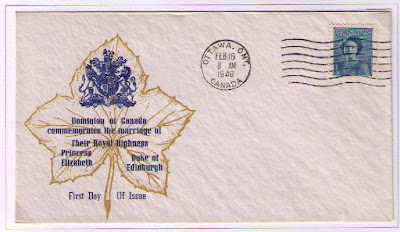 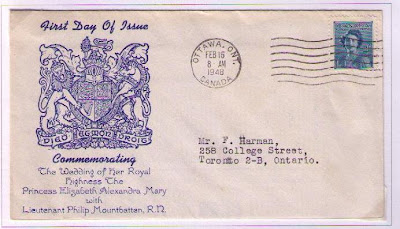 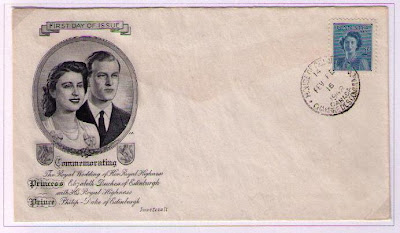 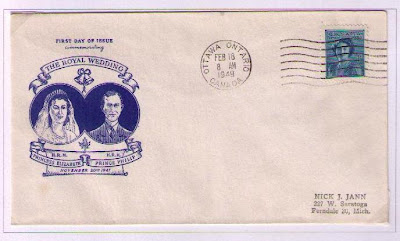 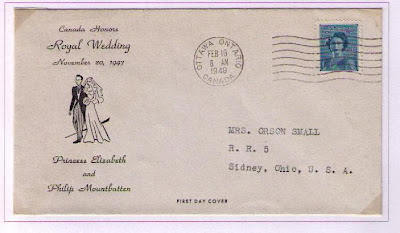 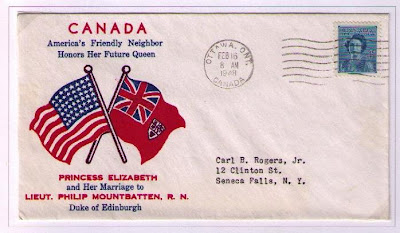 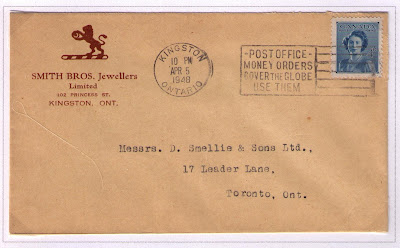 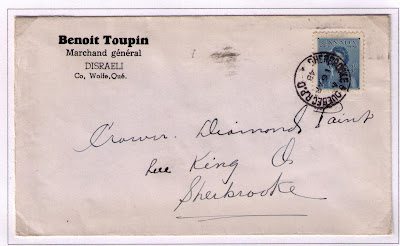 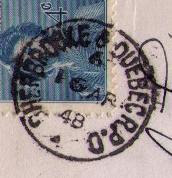 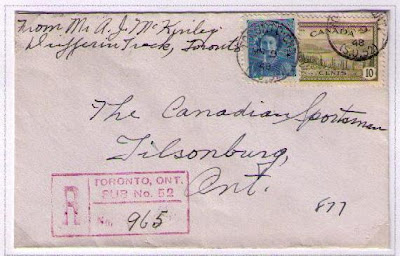 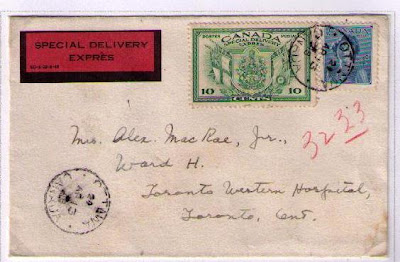 Letter to the United States 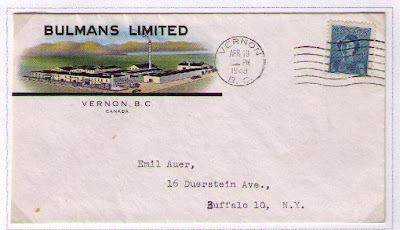 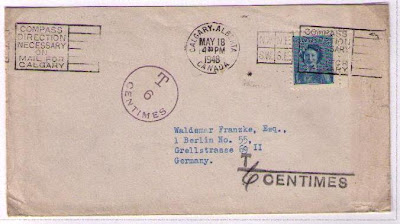 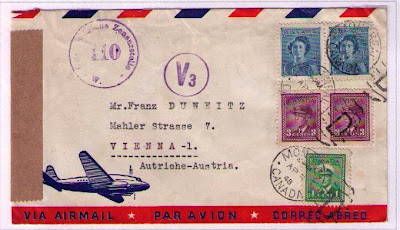 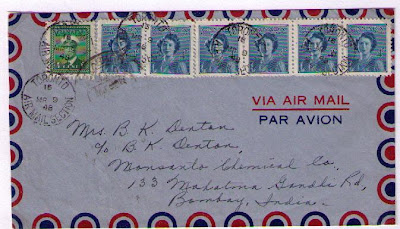 Posted by philcovex at 4:04 PM