On May 23, 1997, a post card celebrating the 30th anniversary of GO Transit was handed out to GO passengers. 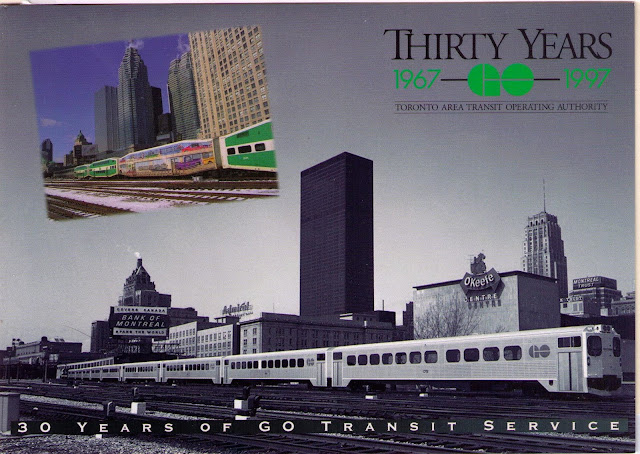 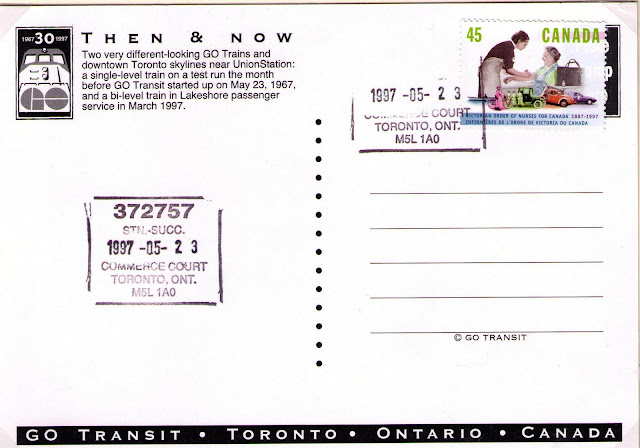 The souvenir card was cancelled on May 23, 1997, at the Commerce Court, Toronto, postal outlet. Commerce Court is a complex of four buildings on King and Bay Streets in the financial heart of the city.

GO trains arrive at the Union Station railway terminal which is connected to the Toronto "PATH" underground walkway linking over 50 office buildings. The Commerce Court postal outlet was located in the PATH walkway. 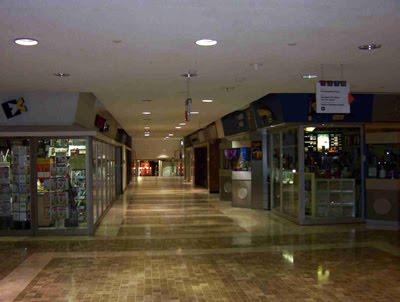 PATH walkway
Posted by philcovex at 2:35 AM