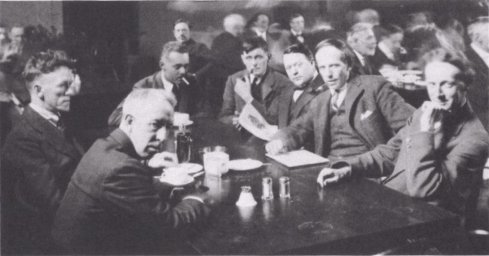 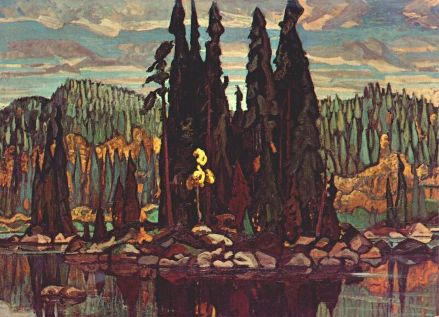 As described by Canada's National Gallery in Ottawa: "... they brought to the Canadian landscape the buoyant post-impressionism of Van Gogh and they painted Canada as nobody had ever thought of painting it before. The wild colours of a Canadian autumn; the solitary lakes of northland; the monolithic islands of Lake Superior; the glacier-tortured landscape of the Laurentian Shield; the grim exhaustion of a hillside emerging from four months of winter snow - this was Canada as it is, a land like none other, and Canadians abruptly recognized it as their own."

Canada Post Office issued a stamp to honour the 50th anniversary of the formation of the "Group of Seven" on September 18, 1970. Arthur Lismer's painting Isles of Spruce was selected to represent the group. 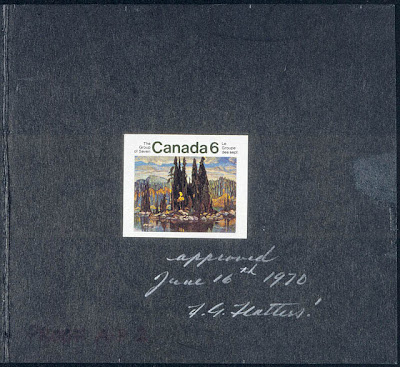 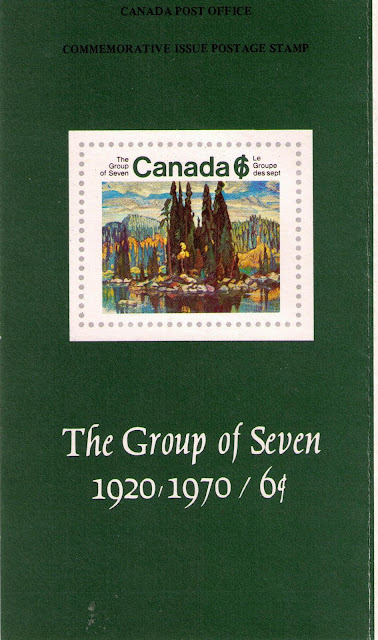 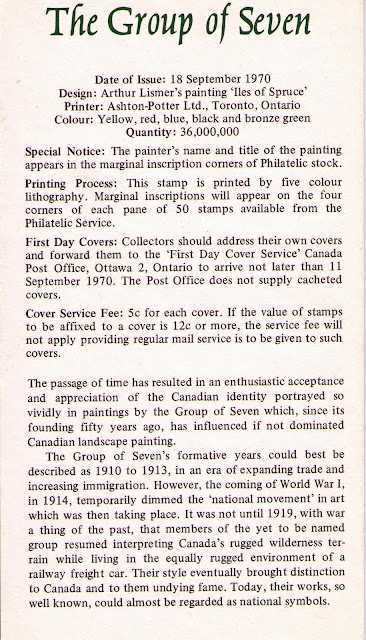 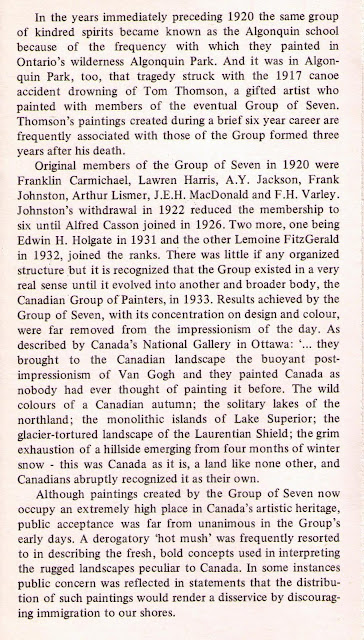 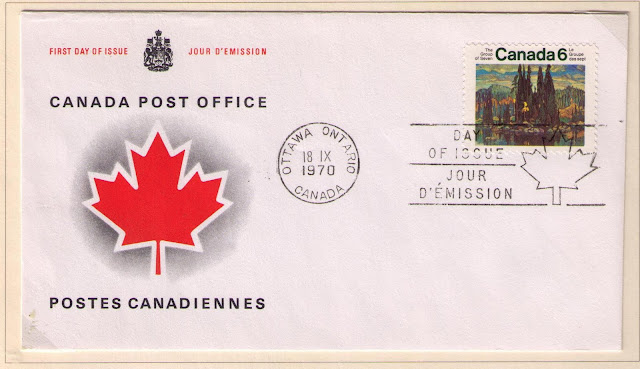 Prior to selling its first "official" first day covers in 1971, Canada Post Office produced sample first day covers for the Group of Seven stamp. These covers were never placed on sale but were distributed to philatelic organizations. 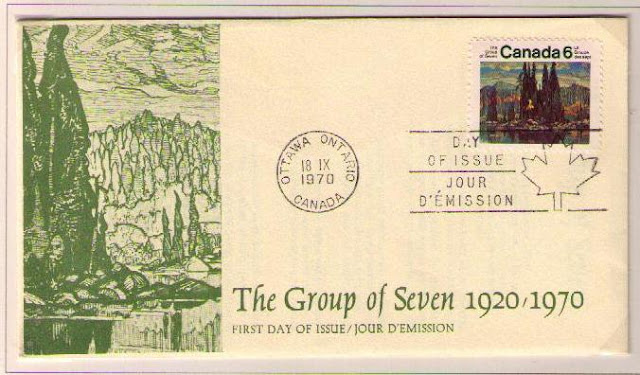 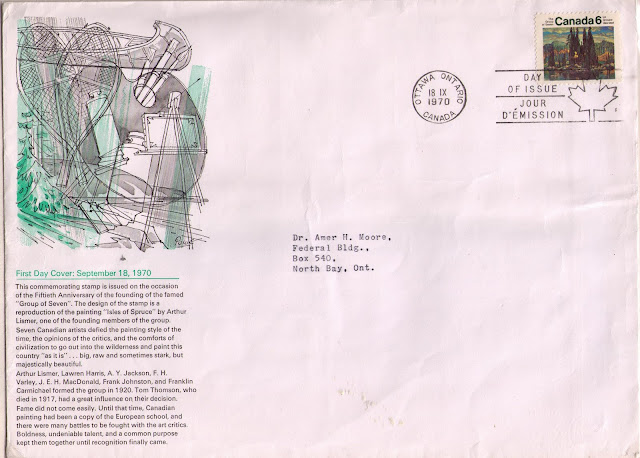 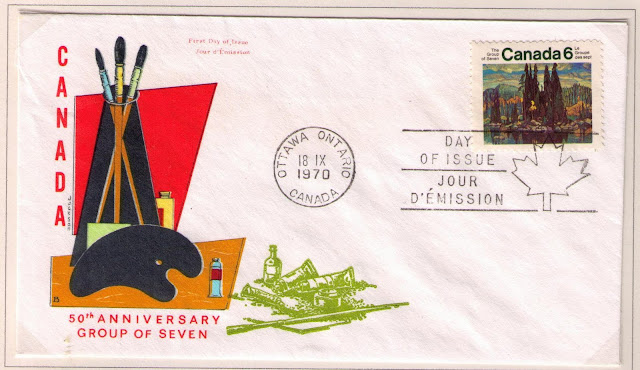 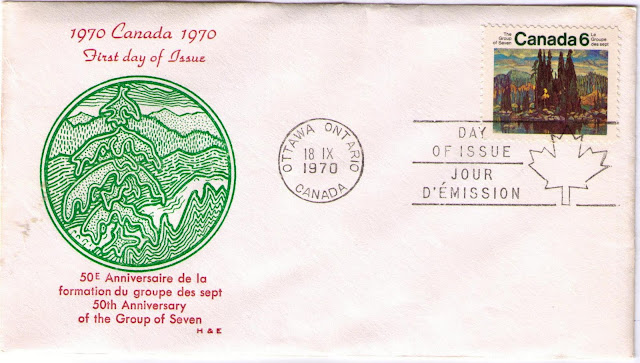 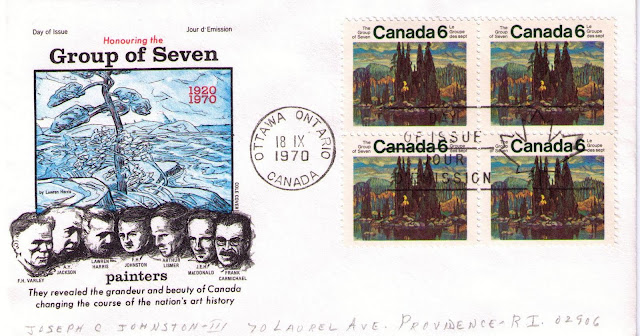 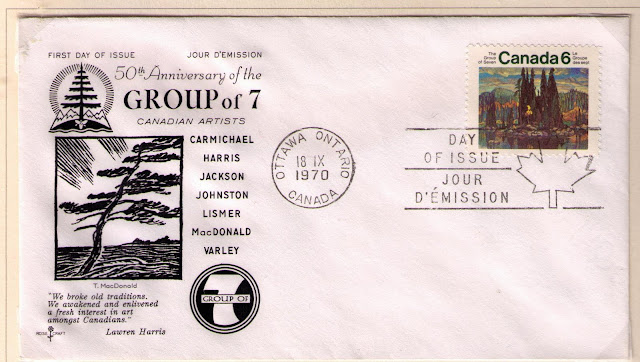 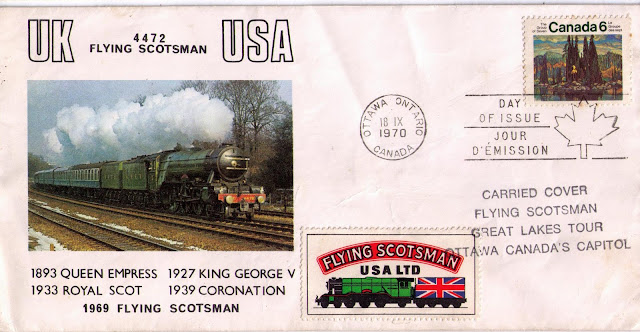 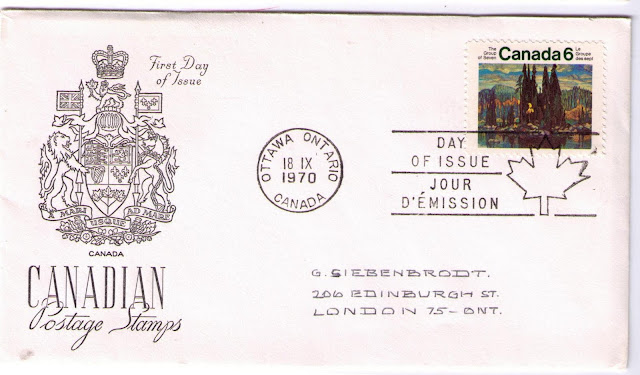 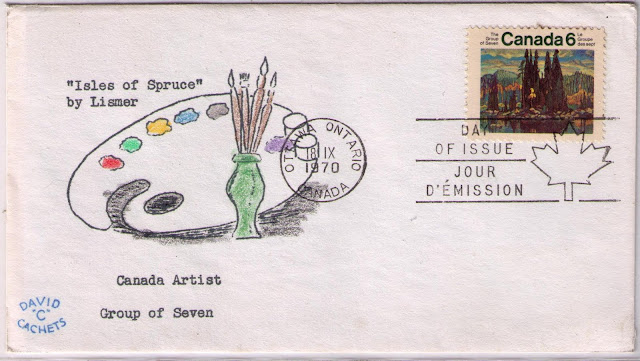 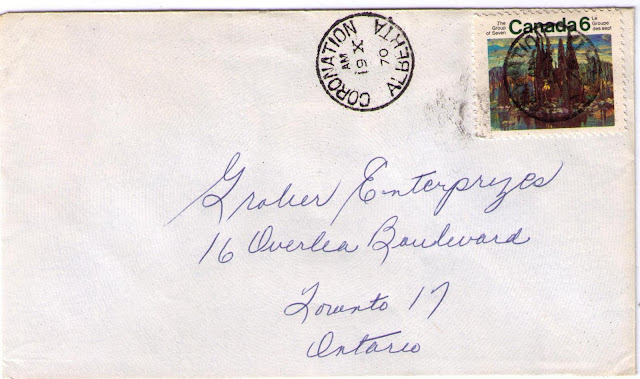