In July 1793, Alexander Mackenzie (1764-1820), fur trader and explorer, was the leader of the first expedition to cross the North American continent from the Atlantic to Pacific north of Mexico. 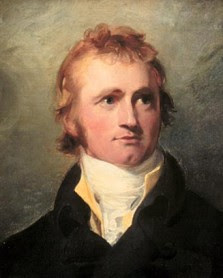 At the western terminus of his journey point he inscribed "Alex MacKenzie / from Canada / by land / 22d July 1793" on a rock using a reddish paint made of vermilion and bear grease and turned around to return to "Canada".The rock still bears these words which were permanently inscribed later by surveyors: 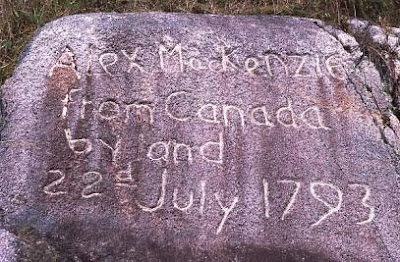 The Alexander MacKenzie commemorative stamp was issued on June 25, 1970. 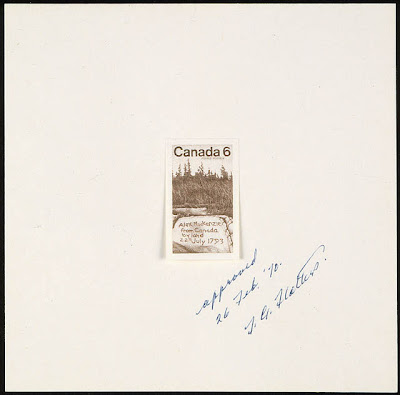 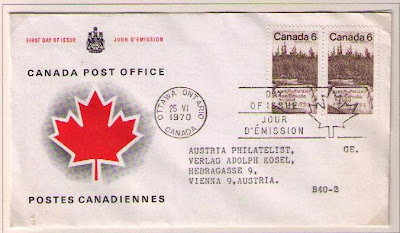 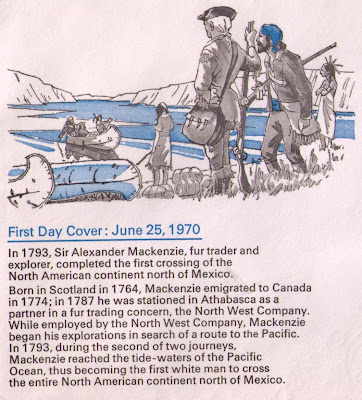 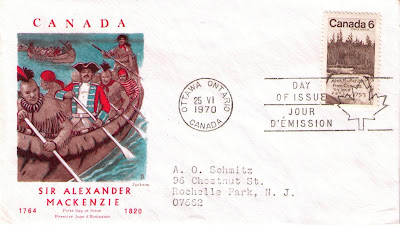 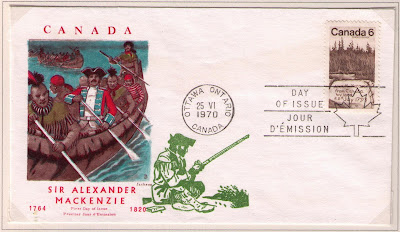 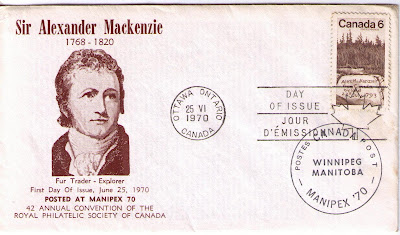 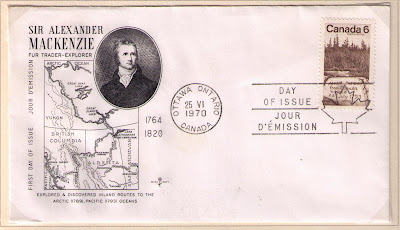 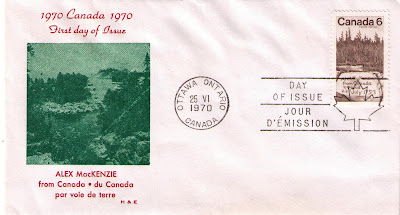 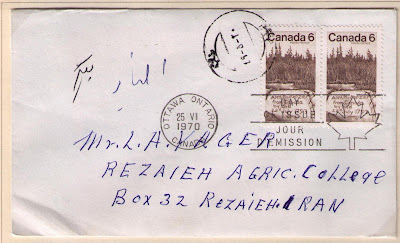 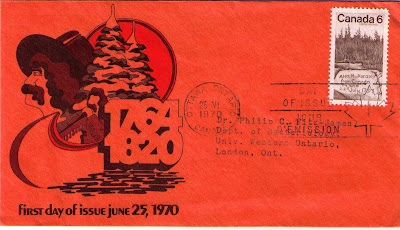 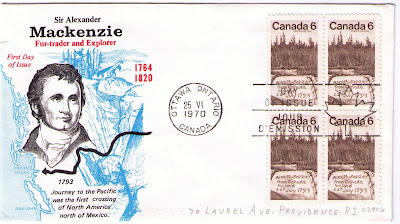 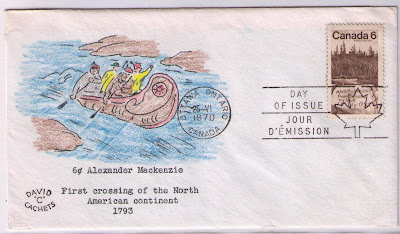 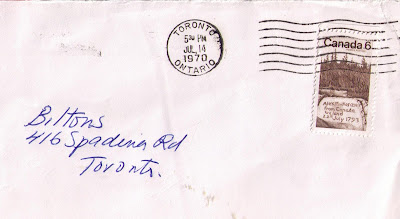 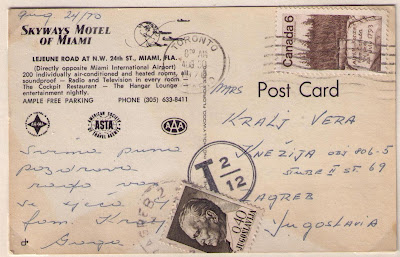 (The tax fraction system is explained HERE)
Posted by philcovex at 2:48 AM