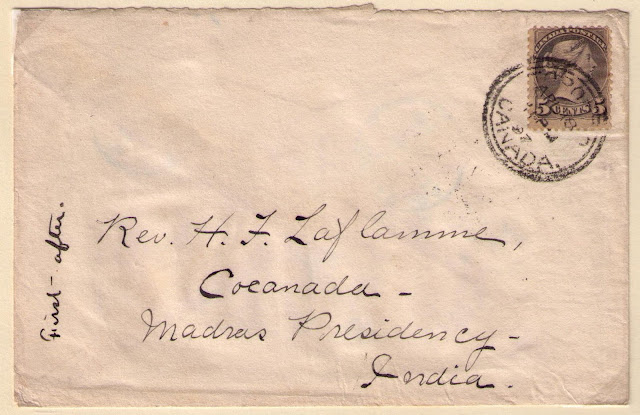 The letter rate to the United States was 3 cents for each one-half ounce. 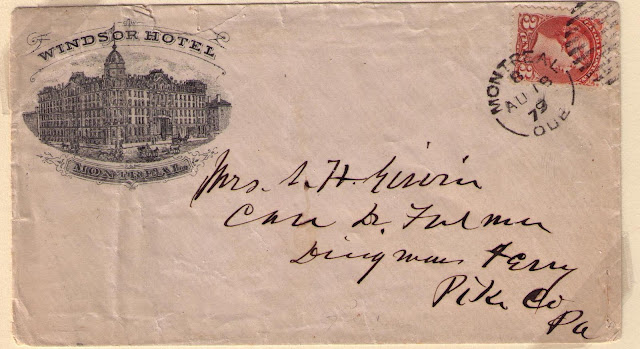 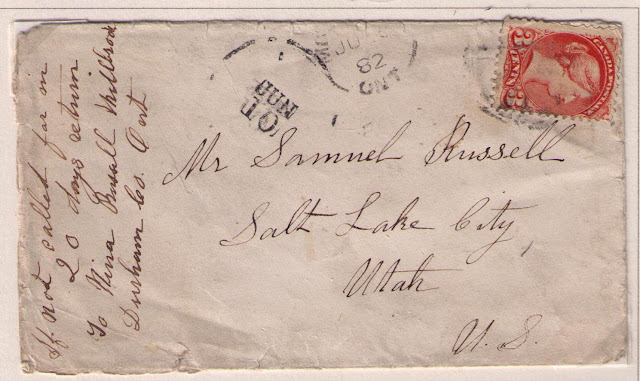 The letter rate changed to 3 cents per ounce. 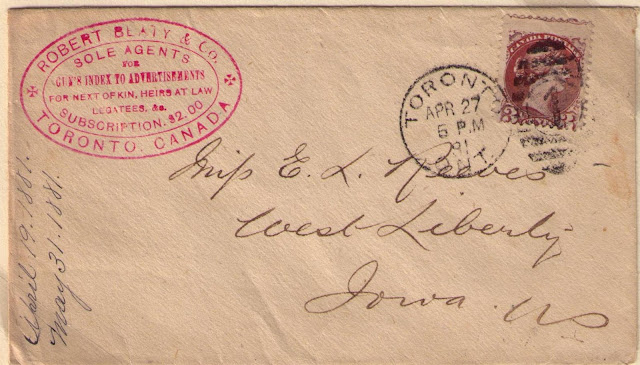 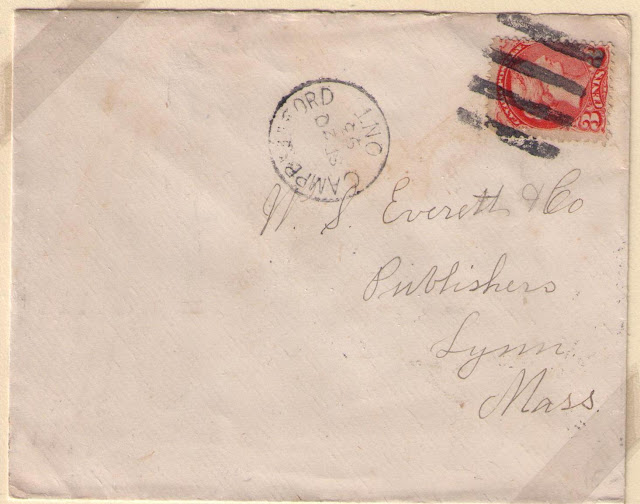 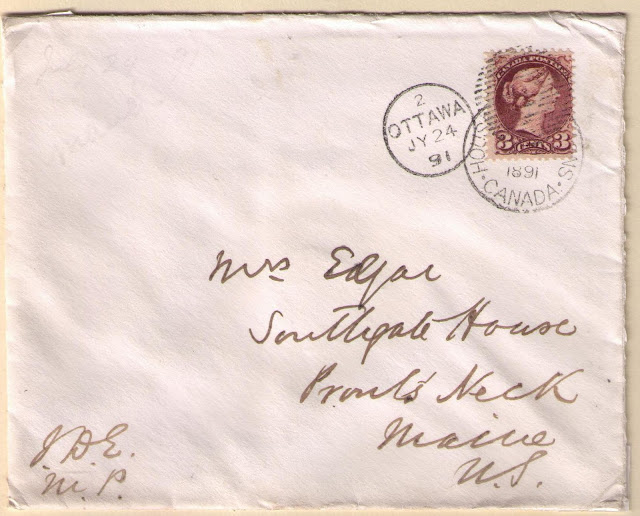 The post card rate to the United States was 1 cent. 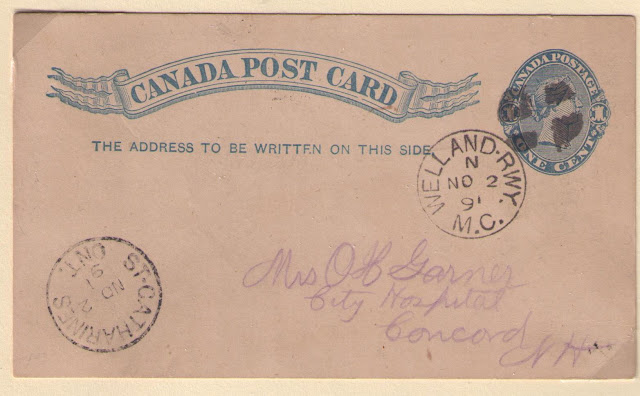 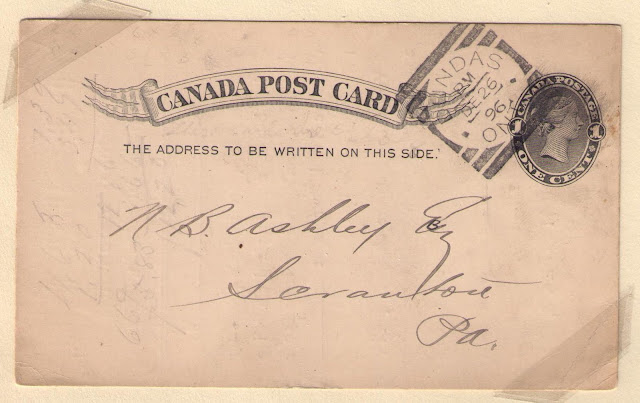 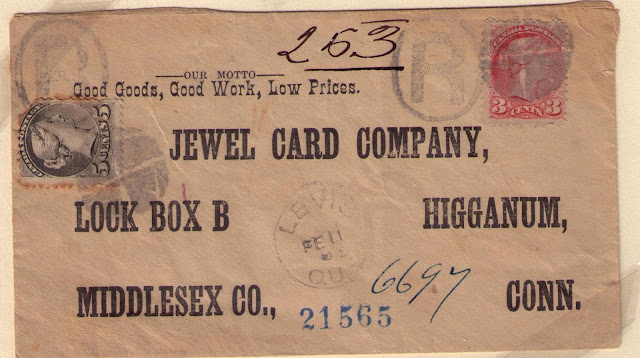 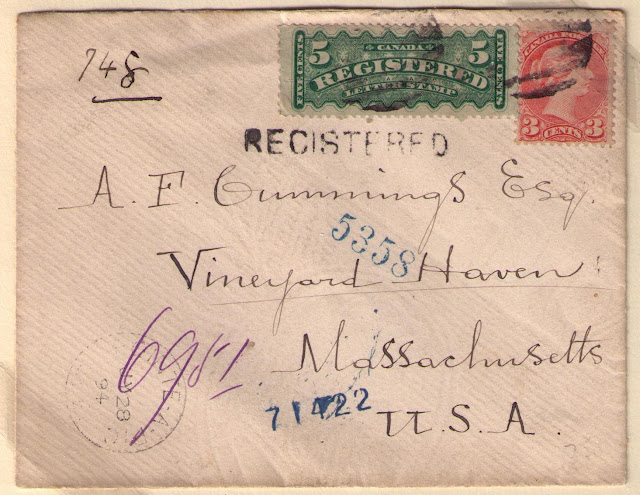 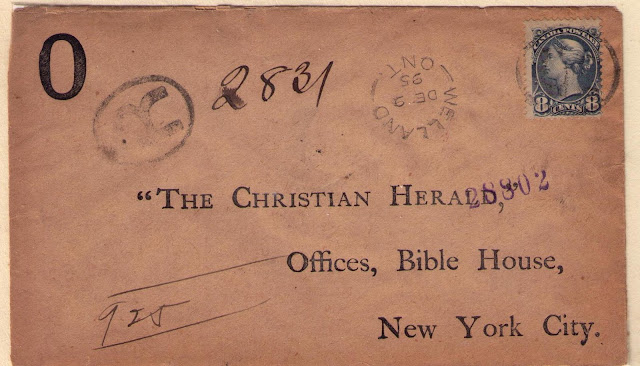 The 8 cent stamp with the Queen's vignette (head to the left) was issued in 1893:

Effective October 1, 1875, the rate of postage on letters between Canada and the United Kingdom was 5 cents per one-half ounce, by whatever route sent, whether by Canadian steamers or steamers sailing from New York. 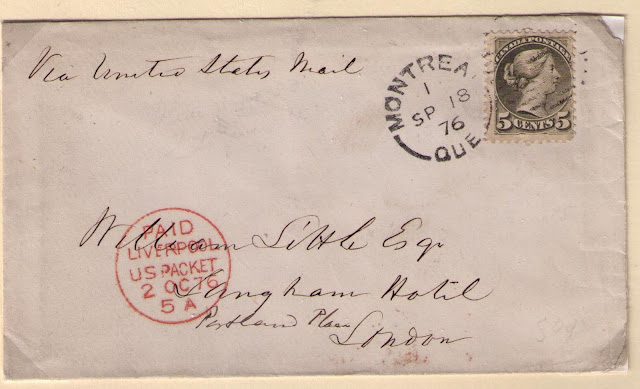 Montreal to London, September 18, 1876
Superscription : "Via United States Mail"
5 cents letter rate to the United Kingdom by whatever route 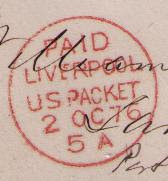 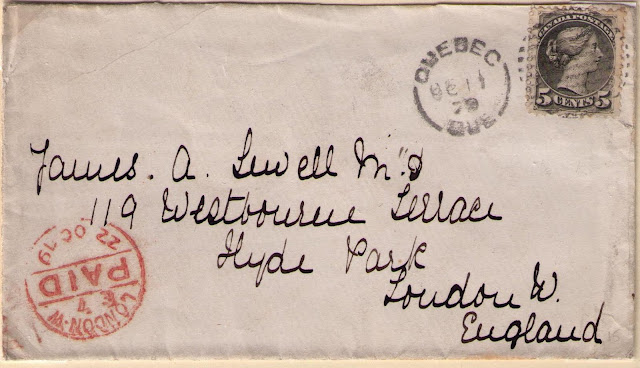 The post card rate to the United Kingdom was 2 cents. 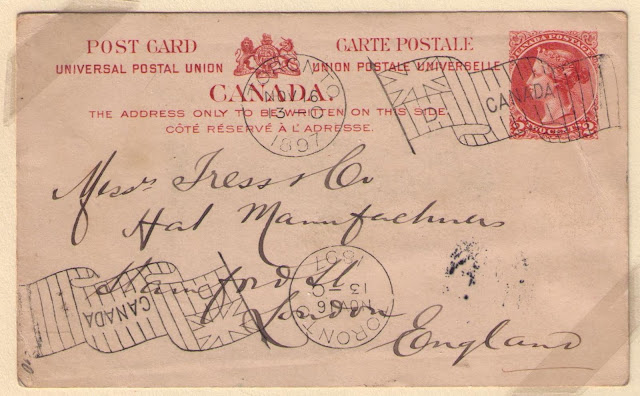 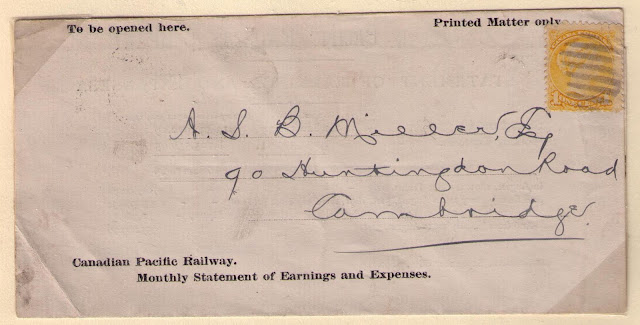 On August 1, 1878, Canada began the implementation of the Postal Union rates and regulations. 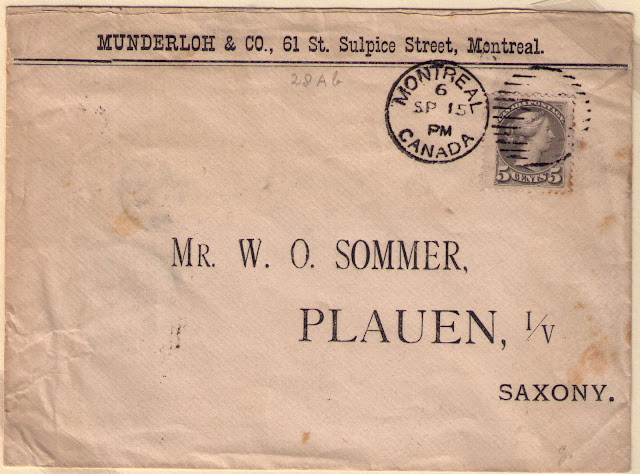 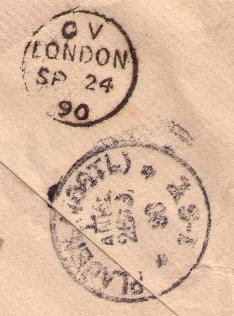 On January 1, 1892, a uniform rate of 5 cents per one-half ounce to all UPU destinations was established. 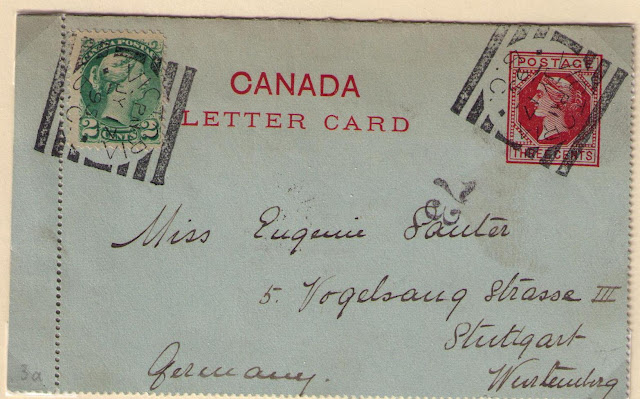 The 5 cents UPU letter rate applied to letters mailed to India. The rate to India was reduced to 2 cents on December 25, 1898. 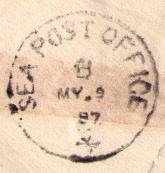 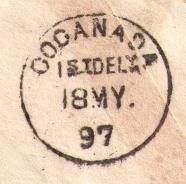 UPU regulations dealing with insufficiently paid correspondence required that the country of origin stamp the letter "T" (tax to be paid) on the item and the amount of the deficiency (single amount) in francs and centimes (1 cent Canadian= 5 centimes). The exchange office of the destination country was to charge the article with double the insufficiency. 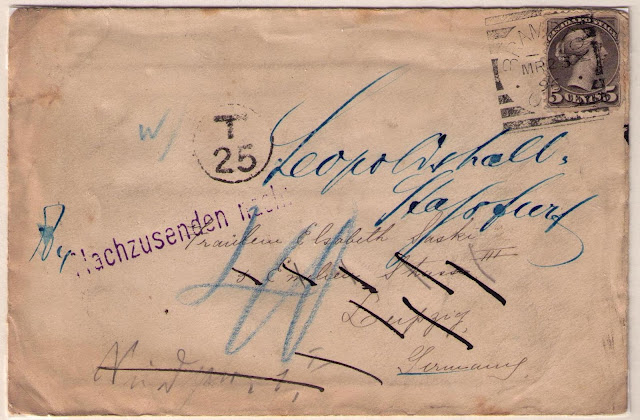 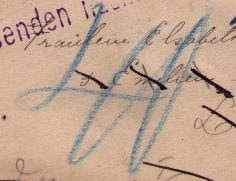 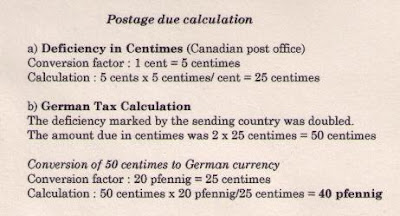 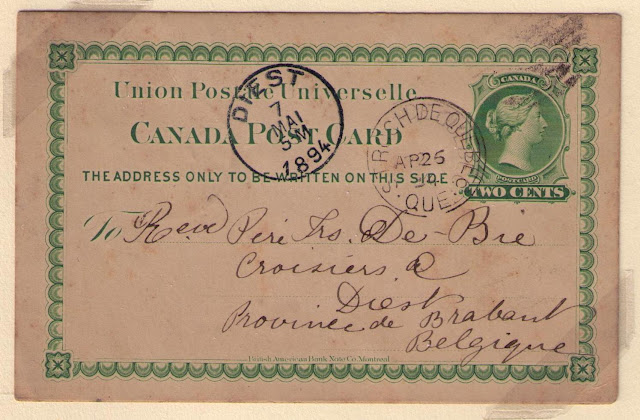 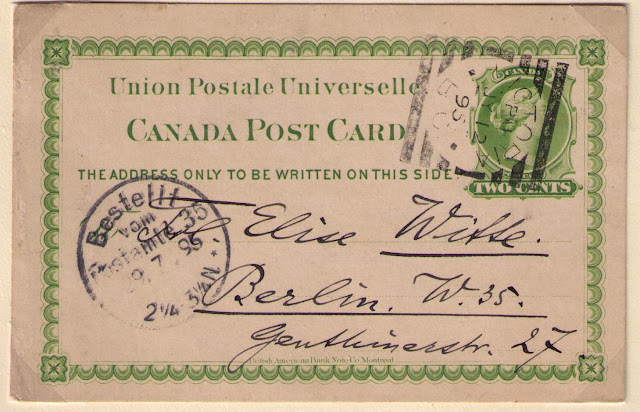 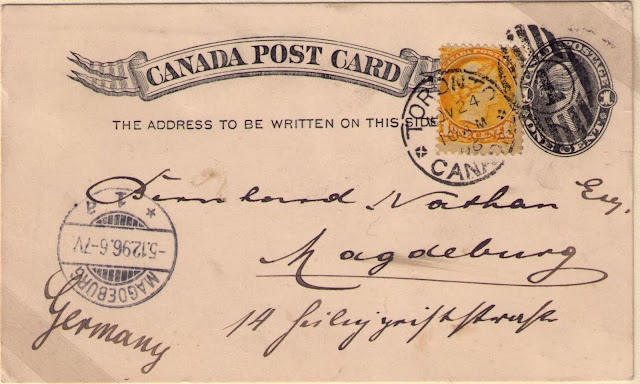 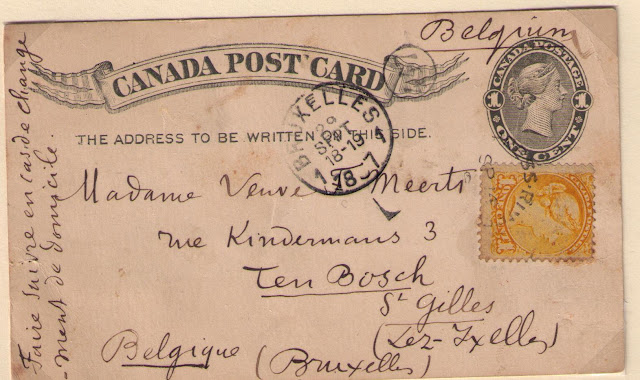 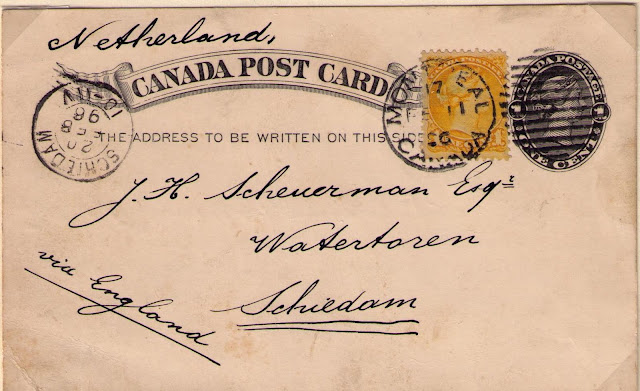