The Admiral definitive series was replaced by a new issue beginning in October, 1928. The portrait of George V was taken from a photograph by the Lafayette studio, London. The series has been called the "Scroll" issue because scroll work replaced the crowns that had appeared on the design of the Admiral stamps. The Canadian Bank Note Company printed the Admiral and Scroll stamps. 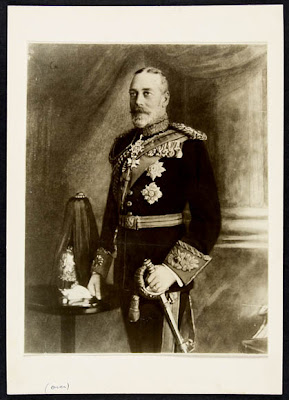 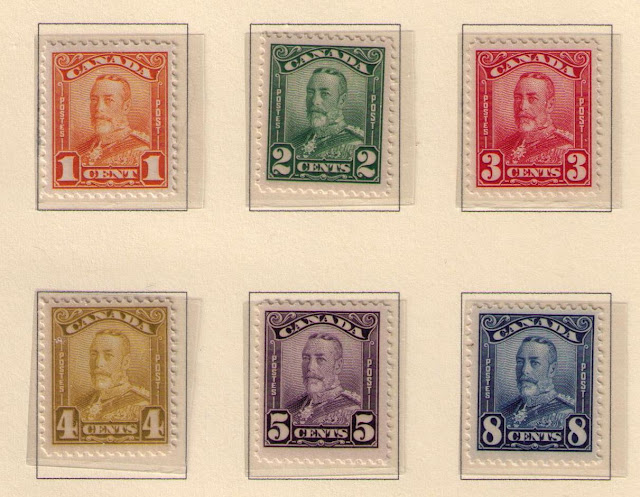 
The 10 cent to $1.00 pictorial stamps depicted Canadian scenes of geographical and industrial interest from coast to coast, including the famous 50 cents stamp featuring the fishing schooner Bluenose, and the $1.00 Parliament Building stamp. 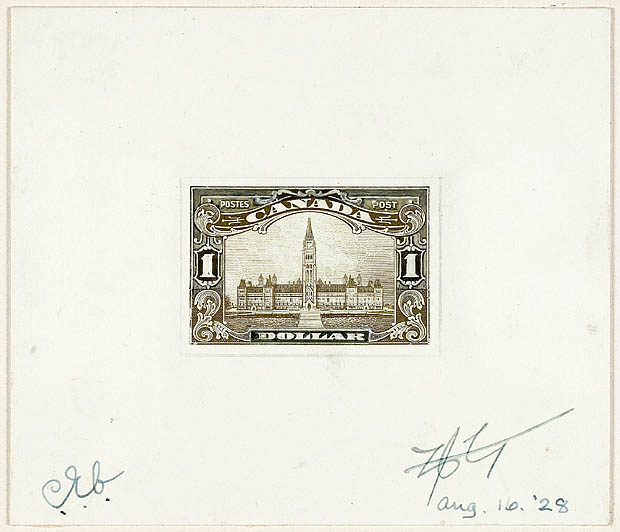 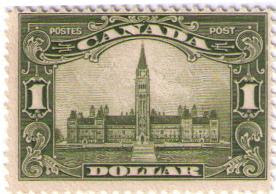 The forward (out-of-town) letter rate was 2 cents for each ounce. 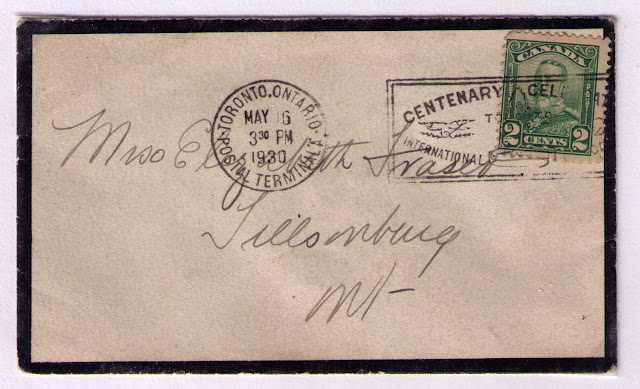 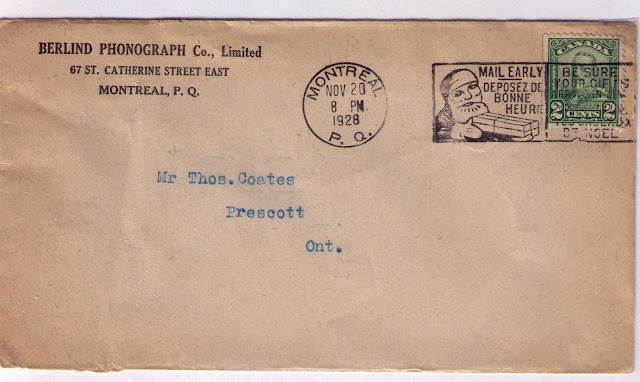 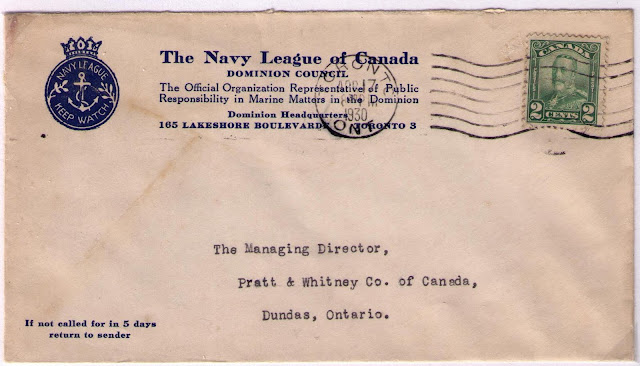 The local letter rate was 2 cents for the first ounce and 1 cent for each additional ounce. 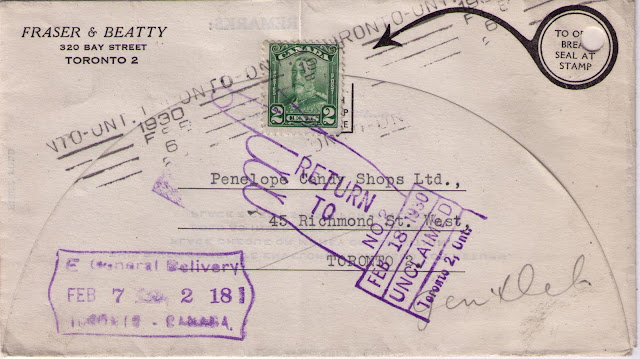 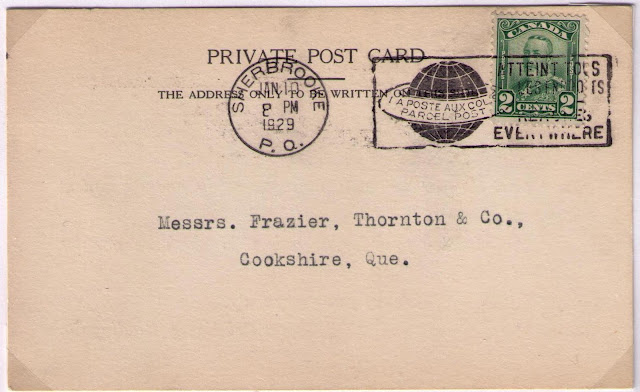 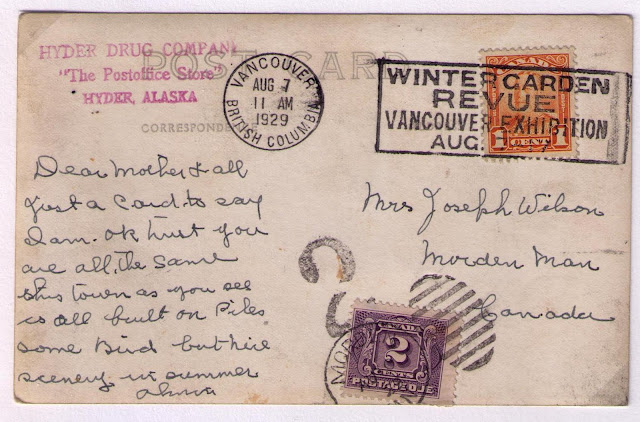 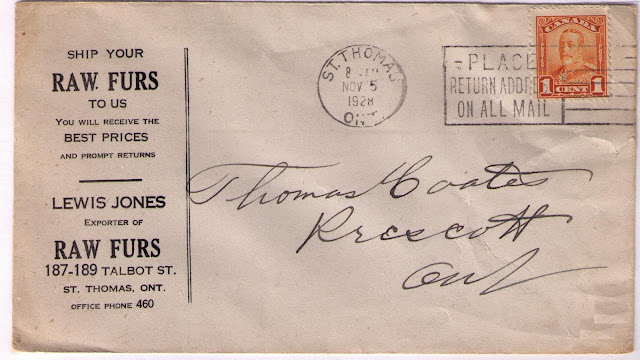 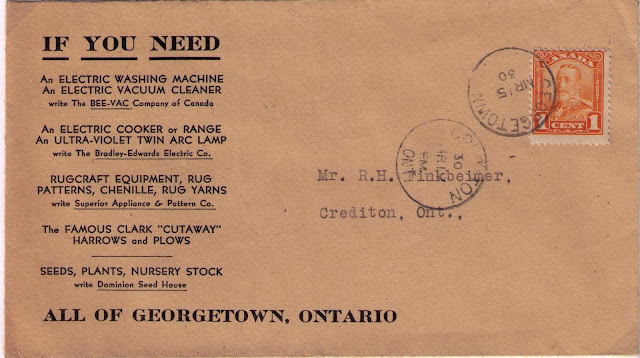 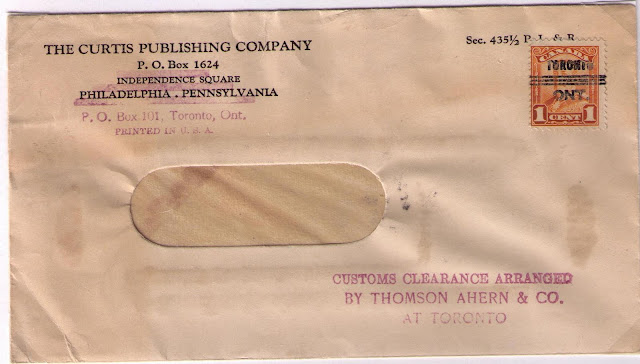 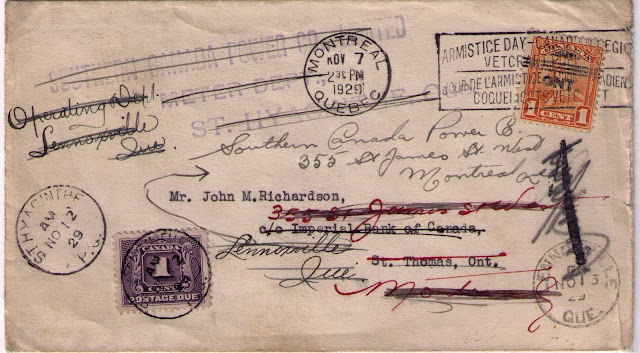 The letter was addressed c/o Imperial Bank of Commerce and forwarded many times. The letter was returned to sender and taxed 1 cent. Due stamp cancelled at Lennoxville on November 12, 1929.

The business reply rate for cards sent as an enclosure with matter mailed to a Canadian address was 1/2 cent. 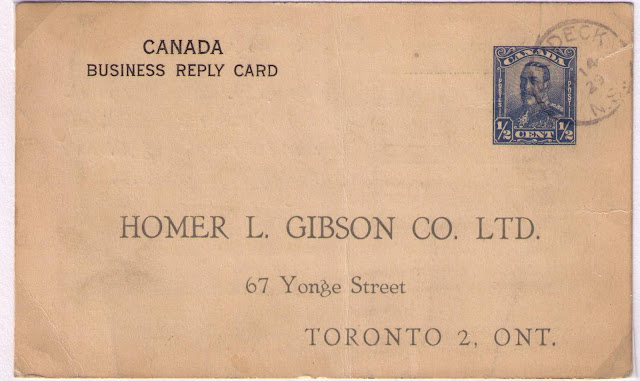 The air mail rate was 5 cents for the first ounce and 10 cents for each additional ounce. 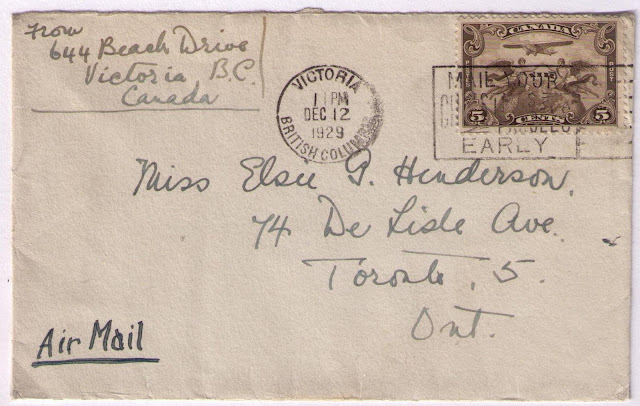 A graduated scale of registration fees was in effect. The minimum fee was 10 cents for $25 indemnity. 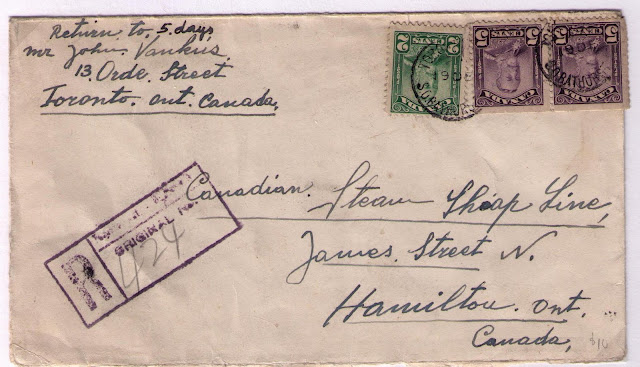 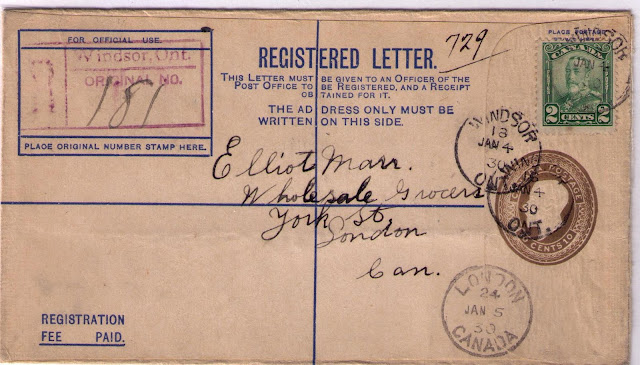 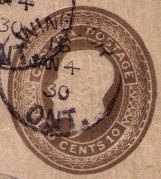 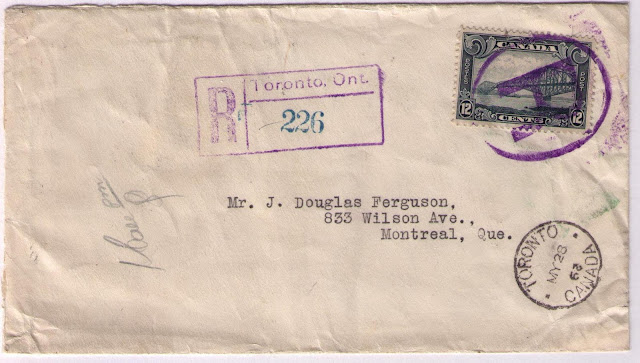 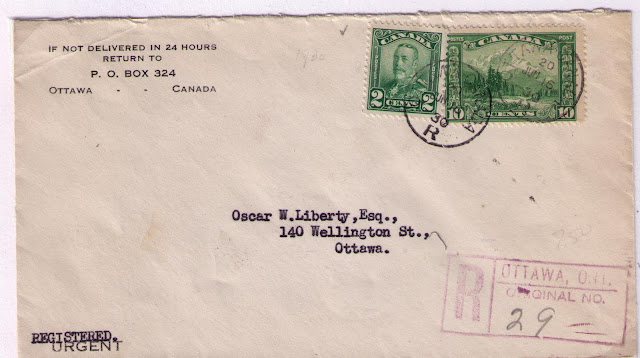 The acknowledgment of receipt fee at time of mailing was 10 cents. 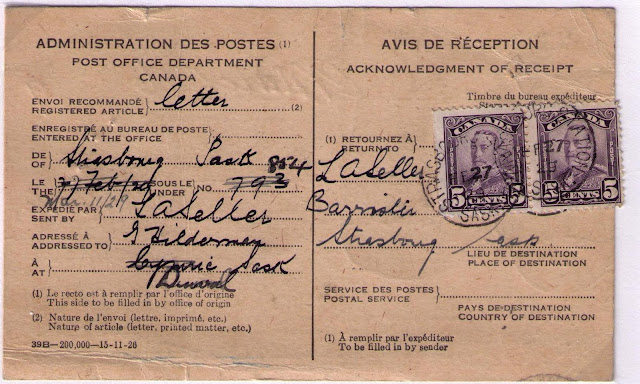 The special Delivery fee was 20 cents. 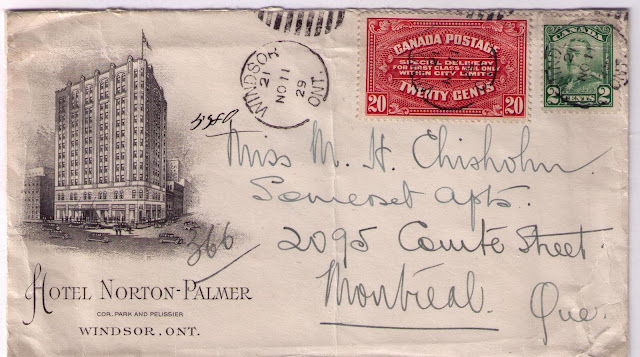