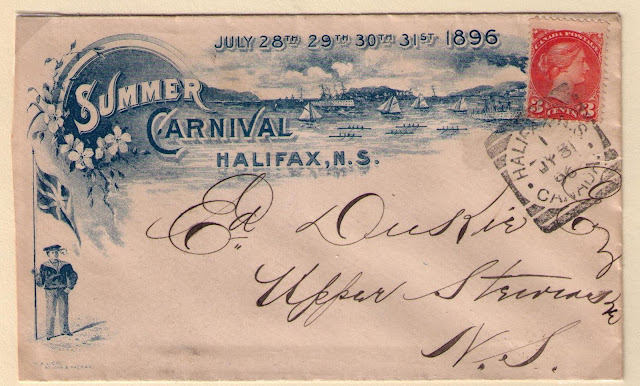 
On October 1, 1875, the use of stamps to prepay letter rates became compulsory. This post considers the principal domestic postage rates in effect during the post-stampless letter period to 1897, the year the Small Queen issue was replaced.

1. Letters To Places Within the Dominion 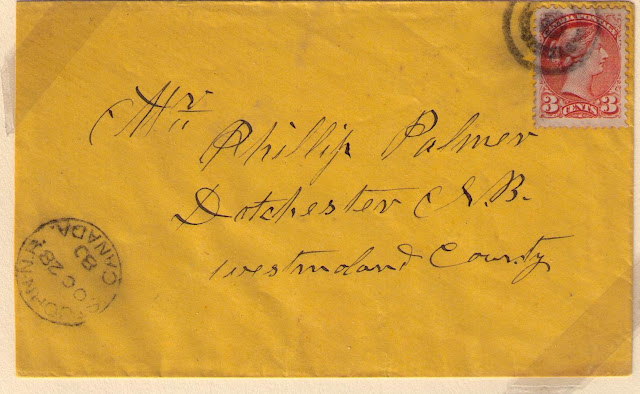 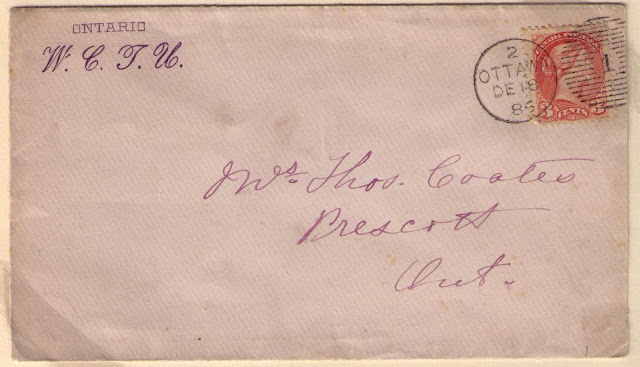 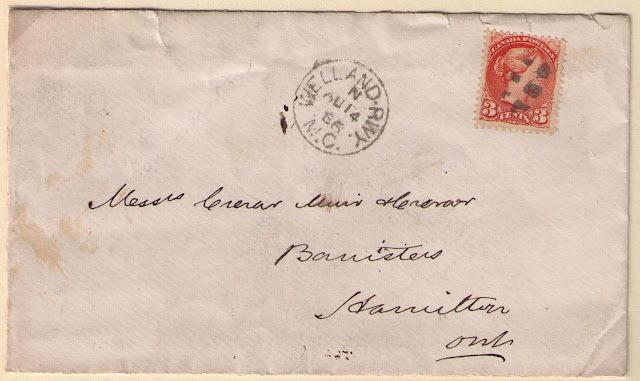 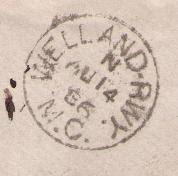 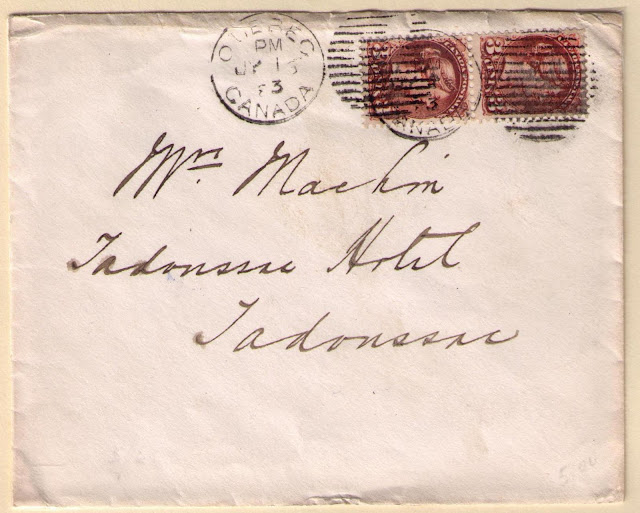 The letter rate was changed to 3 cents per ounce. 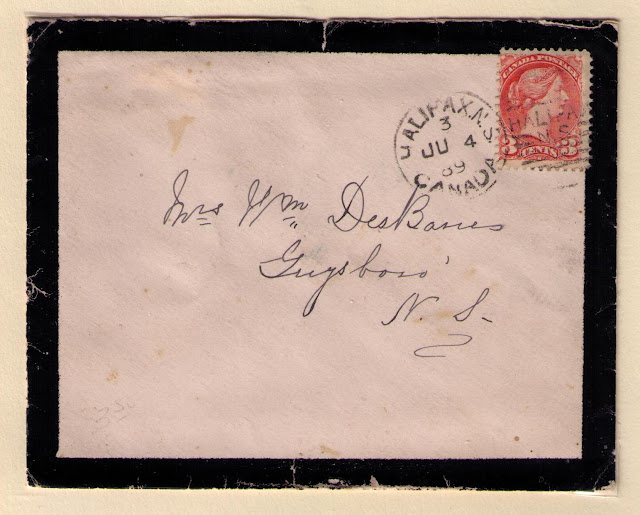 Halifax to Guysboro, June 4, 1889
3 cents letter rate for one ounce 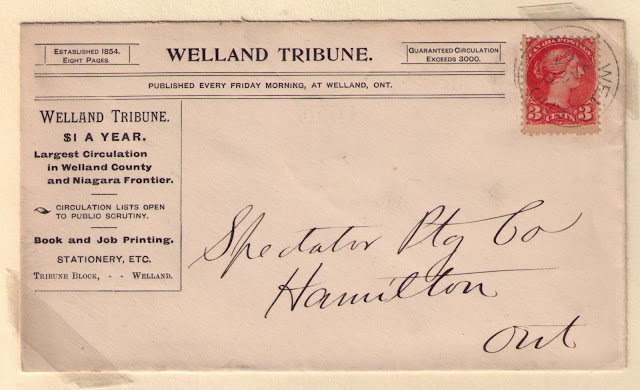 Welland to Hamilton, January 23, 1897
3 cents letter rate for one ounce 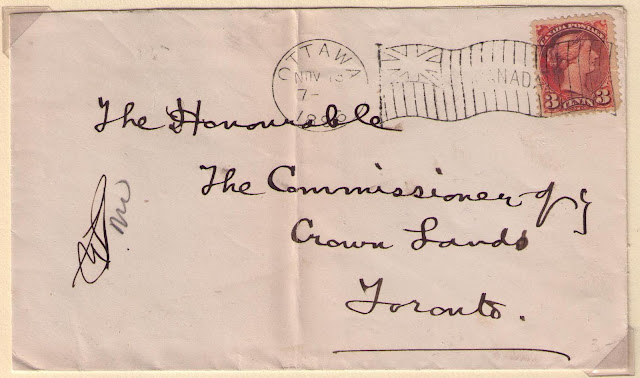 The drop letter rate was 1 cent per half-ounce. 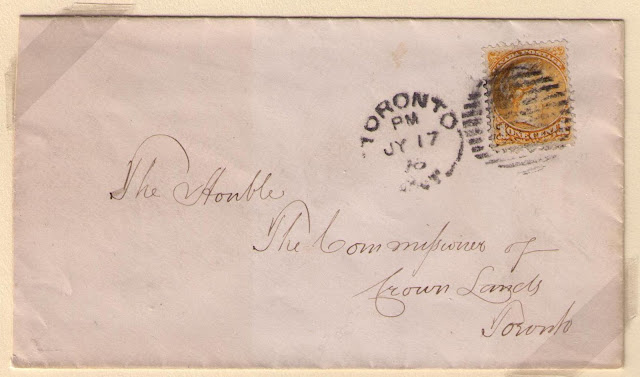 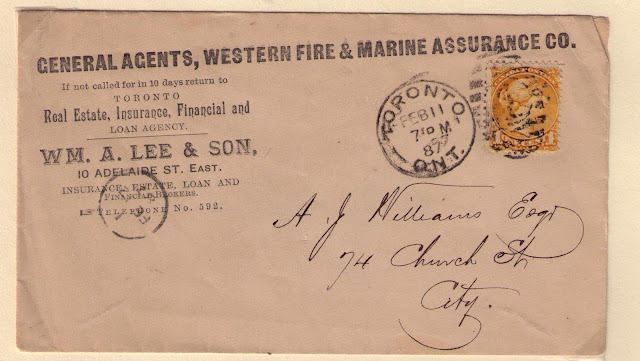 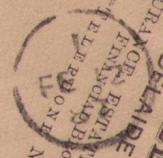 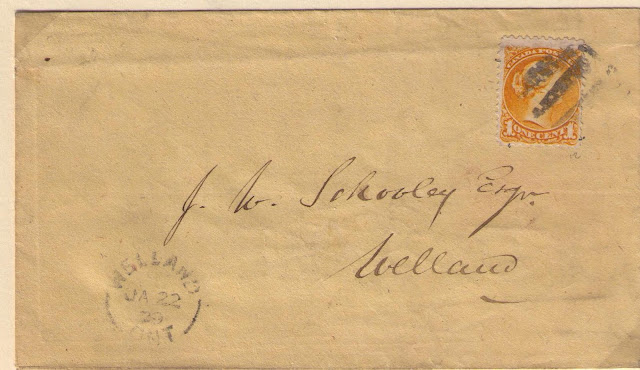 The rate for non-carrier delivered drop mail was 1 cent per ounce. A new rate, the carrier drop letter rate, was introduced at 2 cents per ounce. 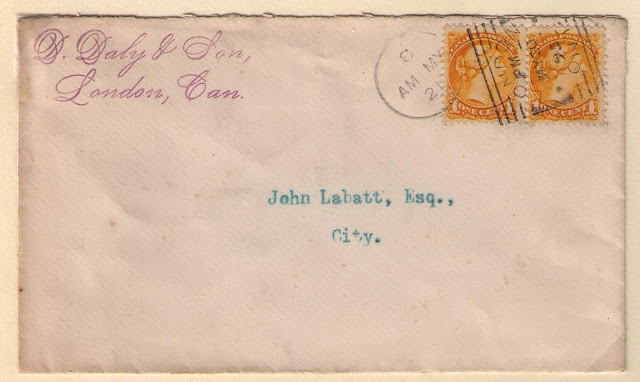 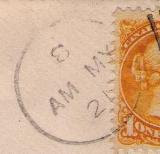 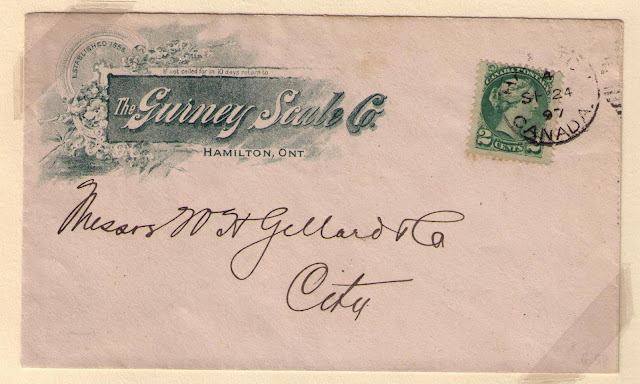 The miscellaneous matter rate was 1 cent for each 4 ounces. 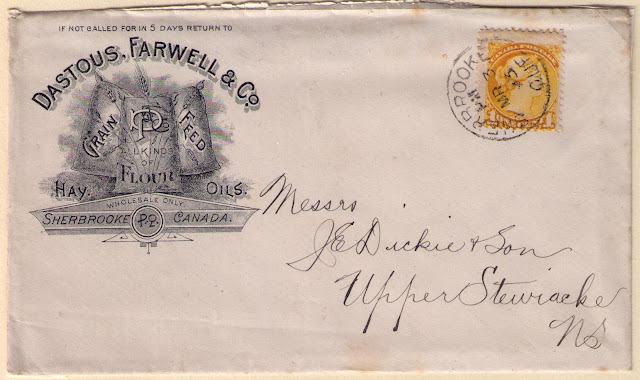 The Post Office Department only allowed the use of the "Canada Post Card" issued by the Department. 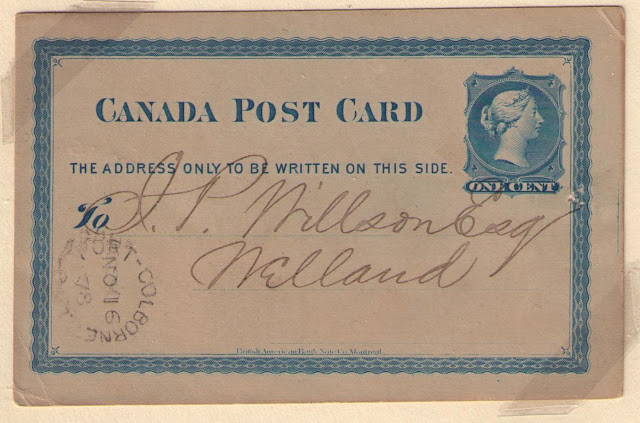 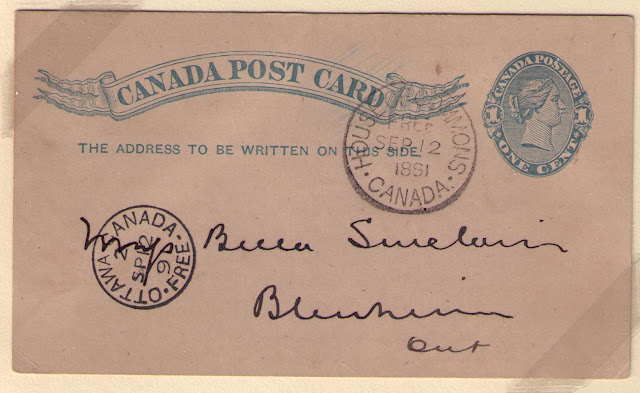 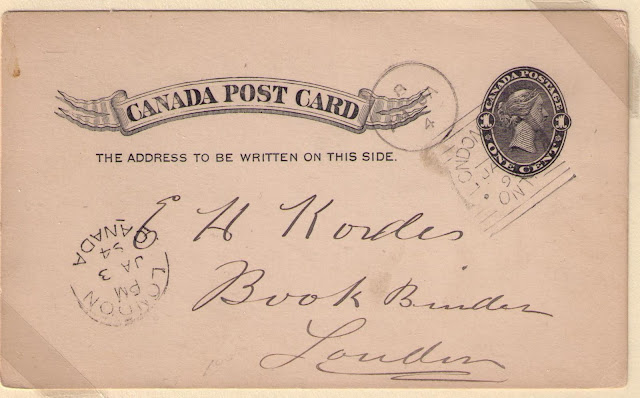 The use of "Private" post cards was permitted at 1 cent per card. 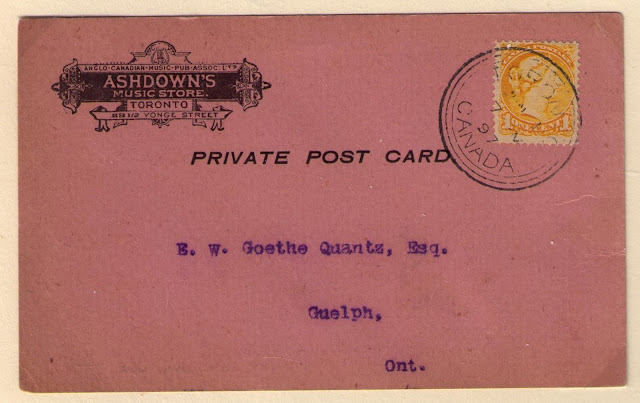 The 1895 regulations allowing non-governmental cards required that the term "PRIVATE POST CARD" be printed on the address side of the card:

The registration fee was 2 cents. 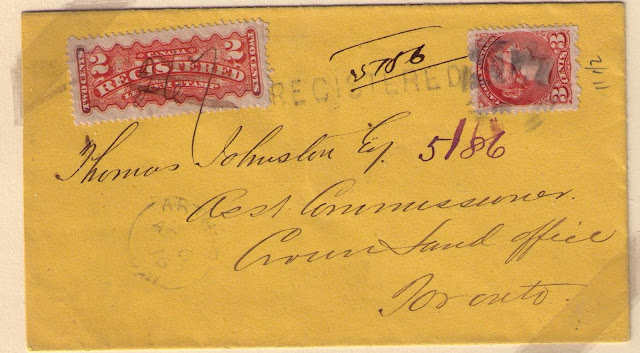 The registration fee increased from 2 cents to 5 cents. 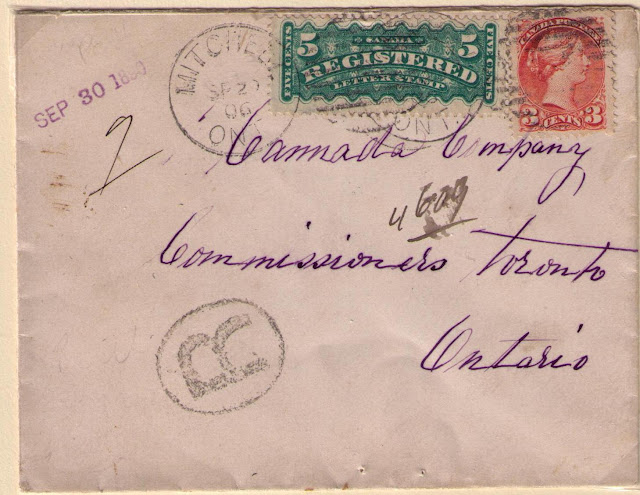