On July 1, 1859, all rates and charges made by the Post Office of the Province of Canada were to be collected in decimal currency, substituting cents for pence. This post deals with domestic rates as well as rates to the United States and Great Britain during the decimal period, 1859 to 1867. 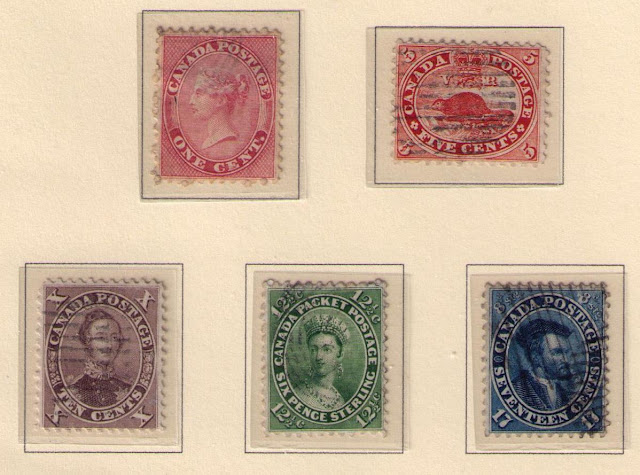 Since the use of stamps to prepay postage was not compulsory until 1875, post offices continued to use "stampless" rate markings.

This post deals with postal rates within the Province of Canada, as well as to the United Kingdom and the United States showing stamped and stampless covers, organized as follows:


A. Rates Within the Colony

B. Rates to the United States
C. Rates to Great Britain


A. Rates Within the Colony 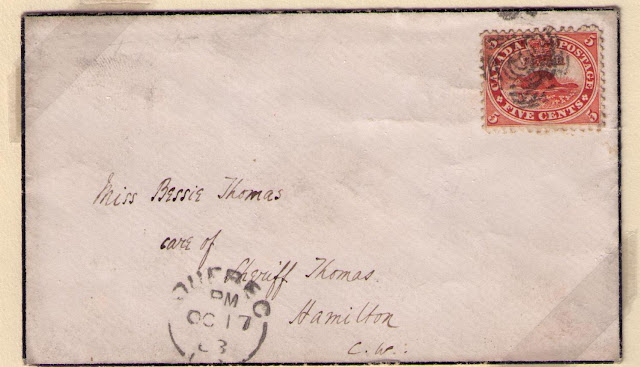 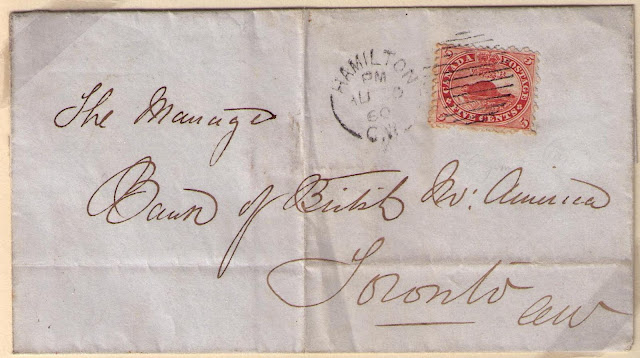 A wide variety of numeral handstamps were prepared to accommodate the change to decimal currency. 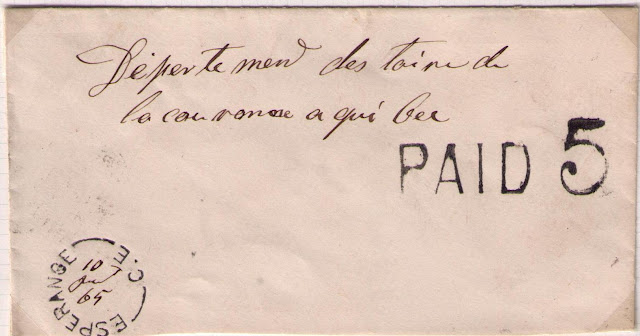 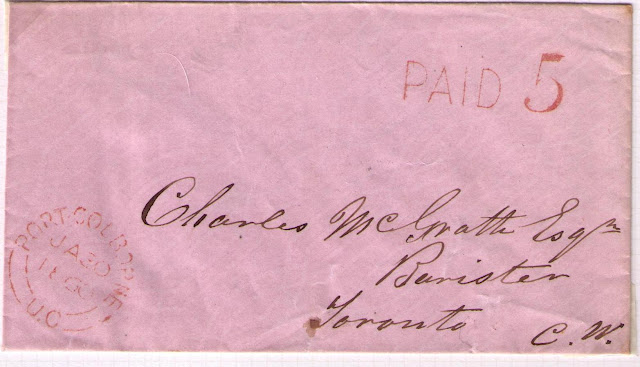 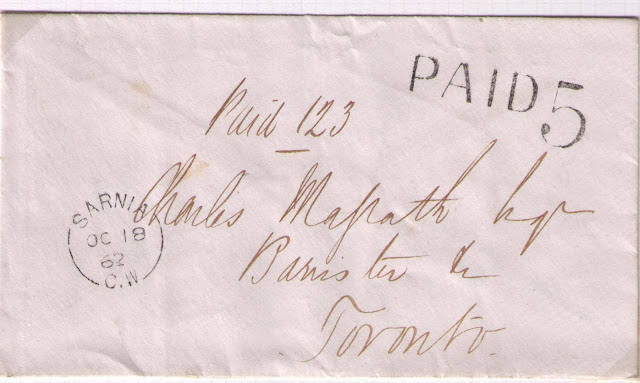 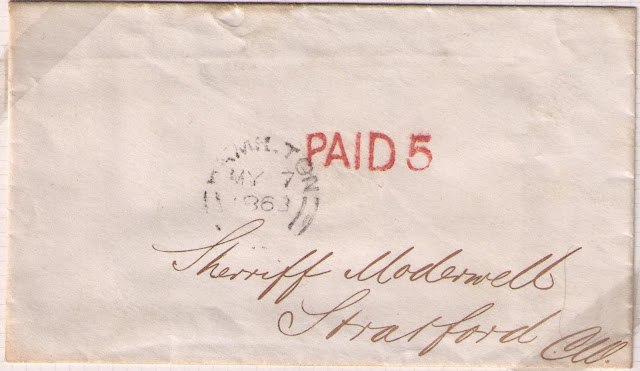 The unpaid letter rate was 7 cents per one-half ounce, 2 cents higher than the prepaid rate to discourage the mailing of unpaid letters. 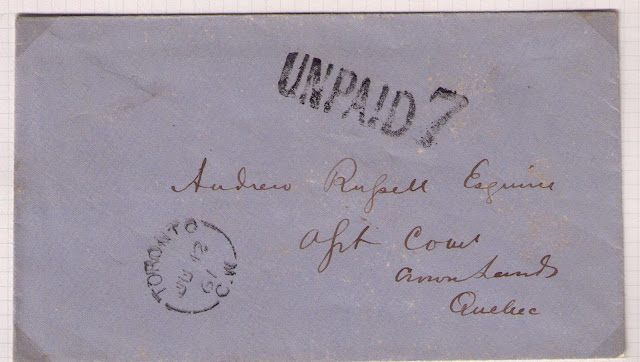 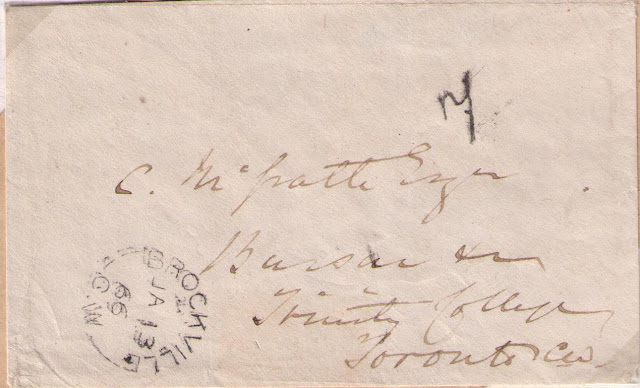 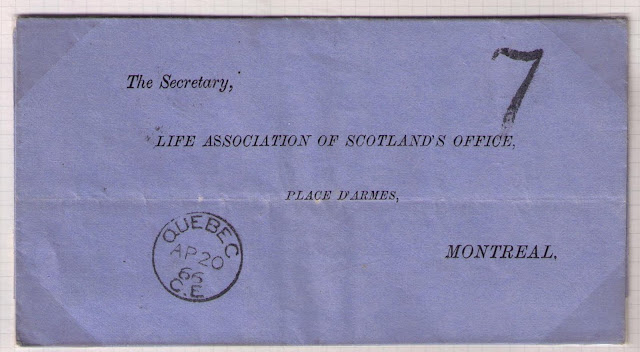 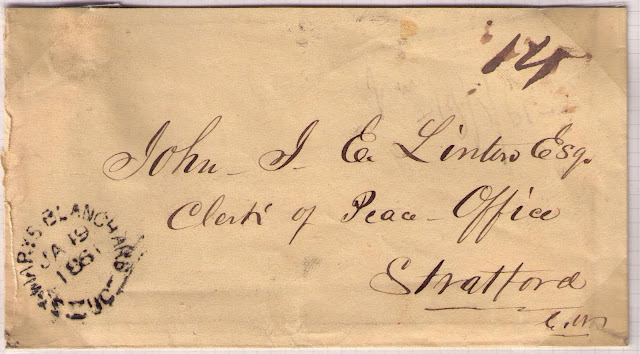 The local letter rate was 1 cent. 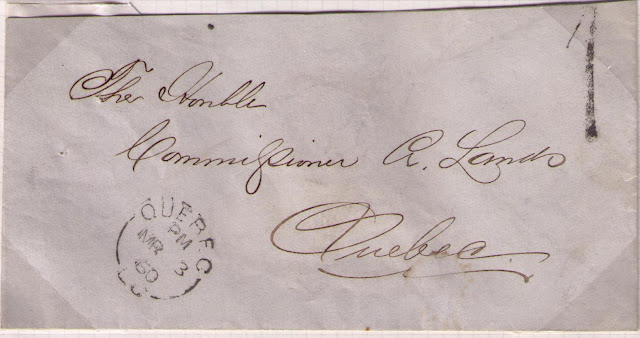 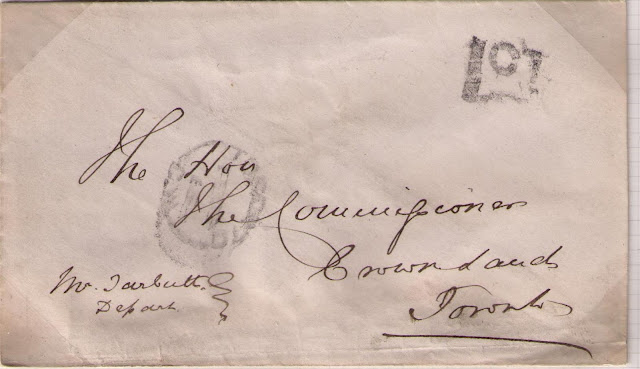 The circular rate was 1 cent. 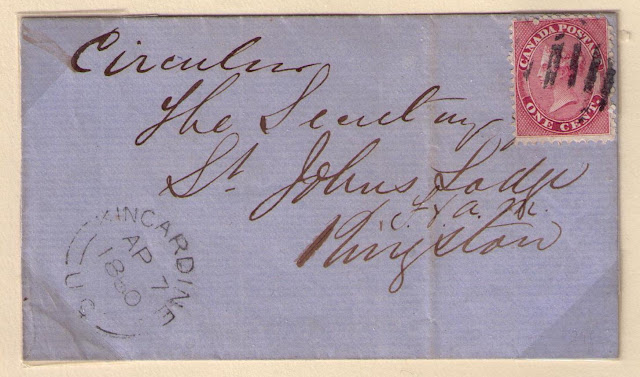 Persons wishing letter carrier service would request in writing to the Postmaster. A fee was charged for this service.

The registration fee was 2 cents which had to be prepaid. 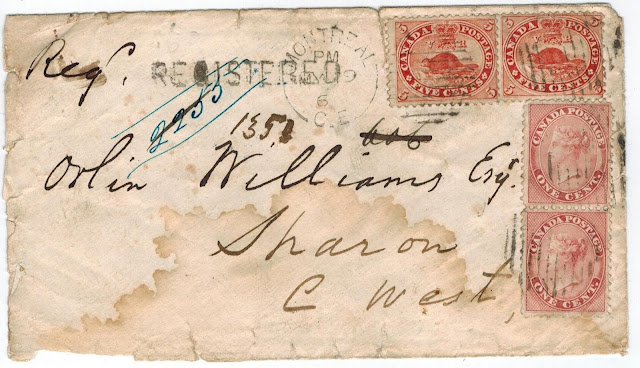 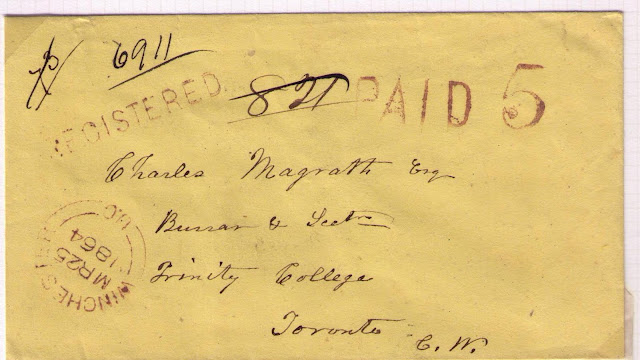 
B. Rates to the United States

The rate to the United States became 10 cents when decimal currency was introduced. There was no further need of exchange offices to convert Canadian pence to U.S. cents. 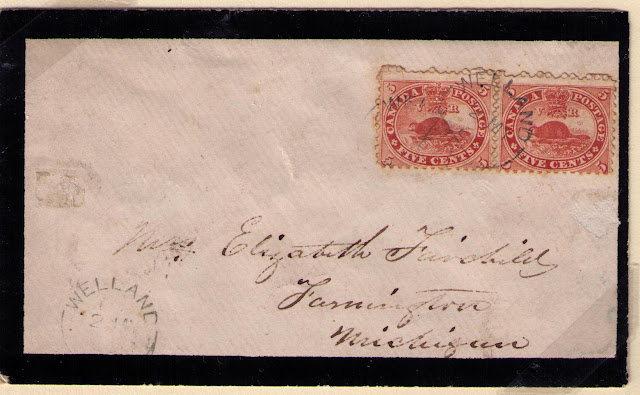 Welland to Farmington, Michigan, May 2, 1860
10 cents letter rate to the United States 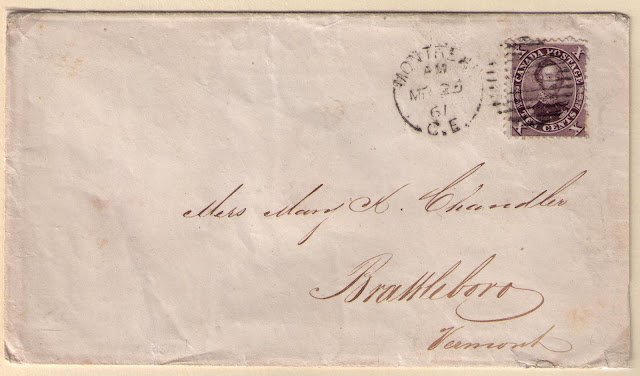 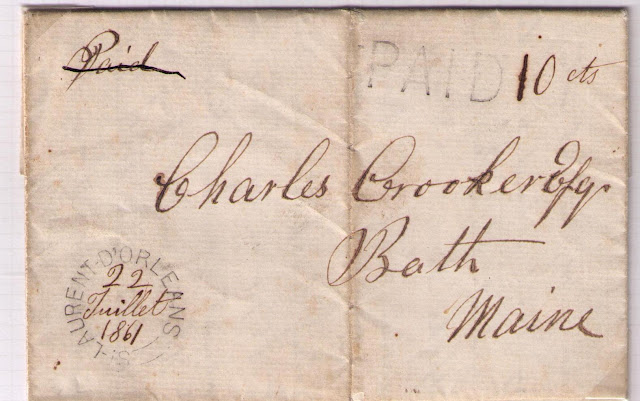 The circular rate to the United States was 1 cent. 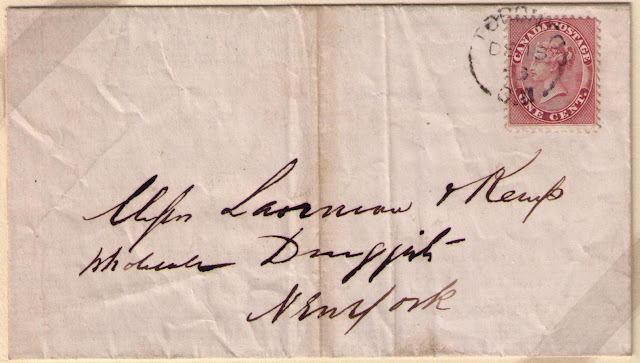 Commencing on April 1, 1859, letters to Great Britain were to be prepaid. Unpaid letters were forwarded but subject to a fine in addition to ordinary postage on delivery to the person addressed. Letters could be sent by Canadian steamer service or by packet service via the United States.

On May 14, 1859, weekly steamer service by Canadian Ocean Steamers from Quebec to Liverpool was introduced. The letter rate was 6 d. sterling, or 12 1/2 cents per one-half ounce. If forwarded unpaid, a fine of 6d. sterling in addition to postage was charged.

a) Prepaid With Postage Stamp 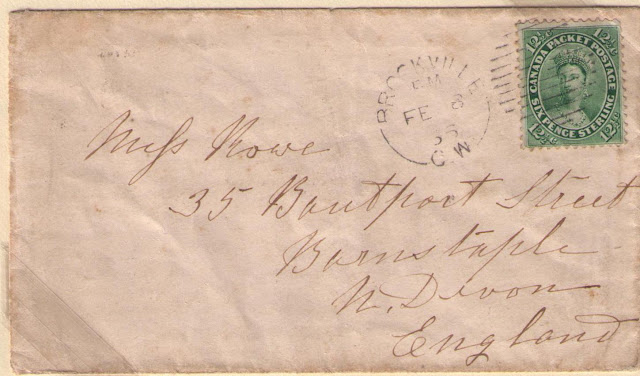 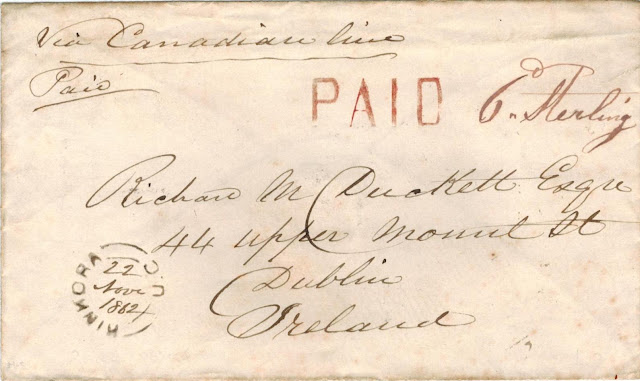 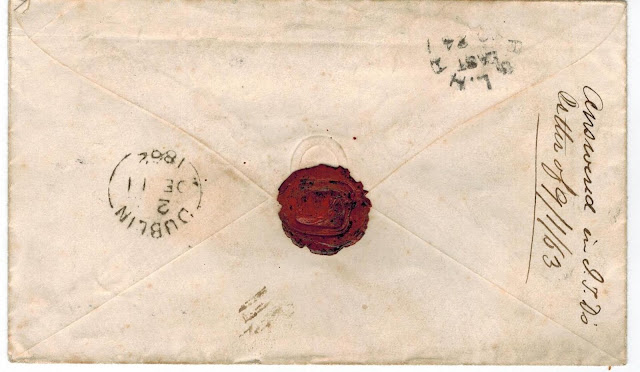 
2. Packet Service via the United States

Cunard packet service to England via Cork left from the United States (Boston and New York). The Cunard packet letter rate was 8 d. sterling, or 17 1/2 cents per one-half ounce.

a) Prepaid With Postage Stamp 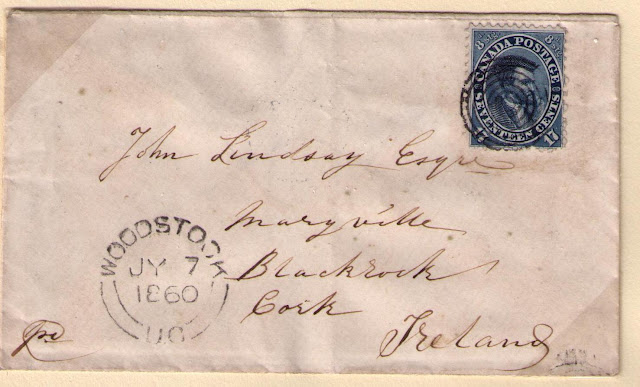 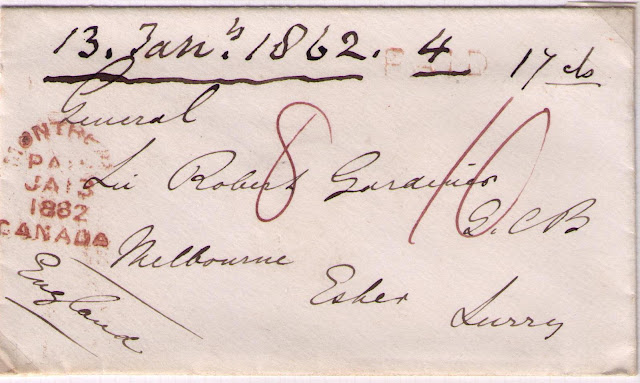 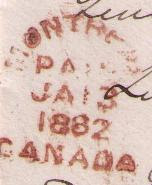 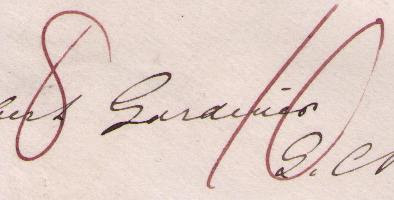