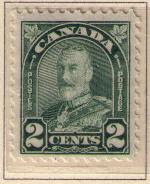 On April 1, 1930, the contract for the manufacture of Canadian postage stamps and postal stationery was awarded to the British American Bank Note Company, Limited, (BABN) Ottawa. The "Scroll" issue printed by the Canadian Bank Note Company was therefore short lived and replaced by a new BABN-printed definitive series referred to as the "Arch" issue, beginning in June, 1930. The 1 cent to 8 cents low value stamps still featured the Lafayette studio portrait of George V but framed within an arch. The scrolls in the corners were replaced with maple leaves. 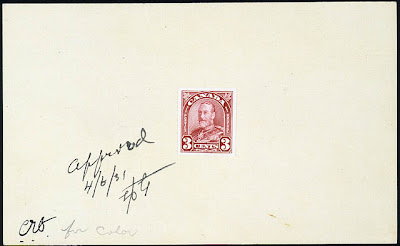 
The new higher denomination stamps (10 cents to $1.00) continued to show Canadian scenes from across the nation, including Mt. Edith Cavell on the $1.00 stamp. 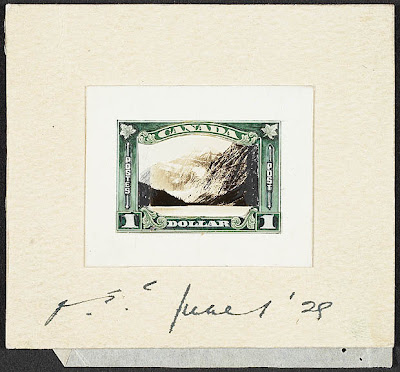 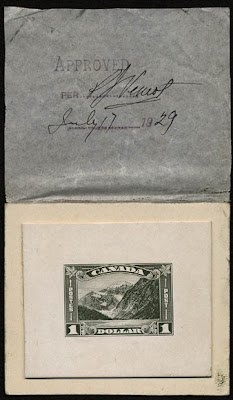 On cardboard mounted on cardboard with dust cover.
National Archives of Canada 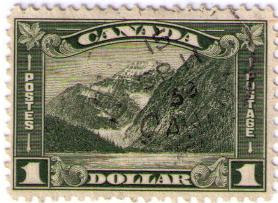 During the life of the issue, changes in the International postal rates necessitated colour revisions of the 1 cent, 2 cent, 5 cent and 8 cent denominations. 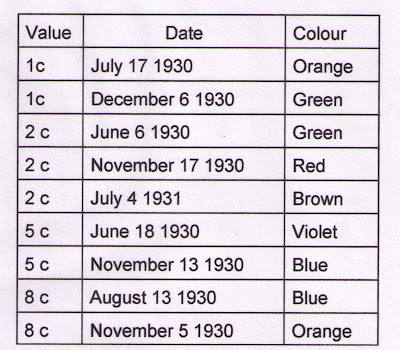 Rates and fees to various destinations will be the subject of the next four posts.
Posted by philcovex at 5:16 PM