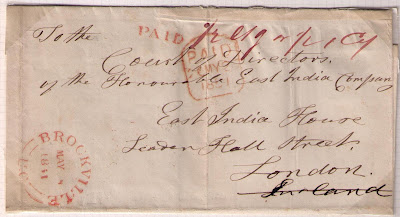 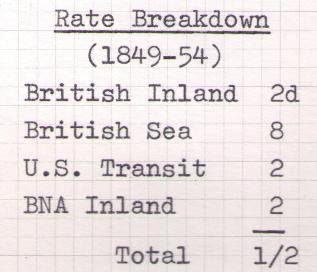 In March 1854, postage rates for letters addressed to and from Canada carried by Cunard packet were reduced to 6d. if sent via Halifax, and to 8d. if sent by way of New York. 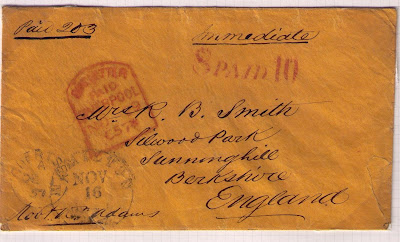 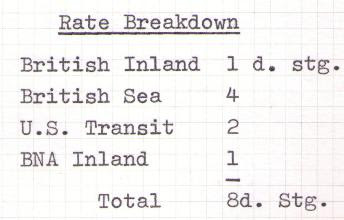 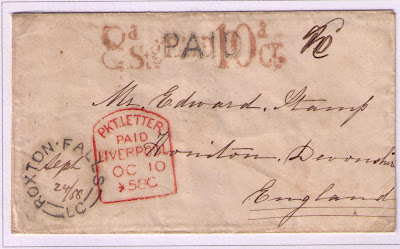 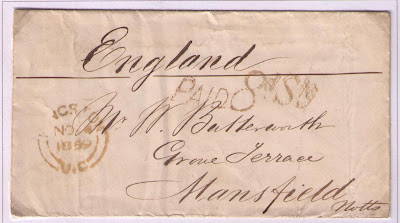 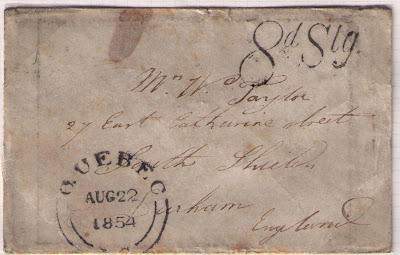 "8dStg." handstamp in black indicating that postage was due

Cunard Atlantic service was curtailed in 1855 as several of their liners were requisitioned for troop transport during the Crimean war. Letters could be sent for transport by United States packet mail. 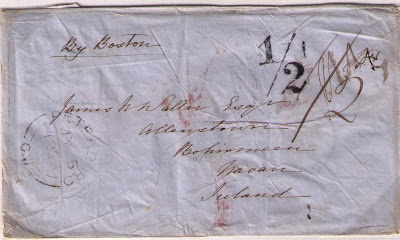 B. Rates to the United States

In 1851, an agreement between the United States and Canada established a uniform combined rate of 6d. currency or 10 cents American per one-half ounce letter with prepayment and use of postage stamps optional. A number of exchange offices were designated which were required to stamp "Canada" on all letters passing through. 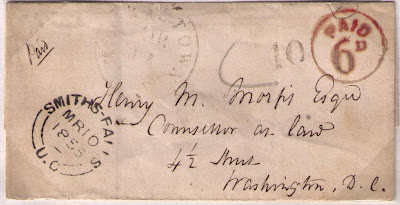 "C 10" was applied by the exchange office 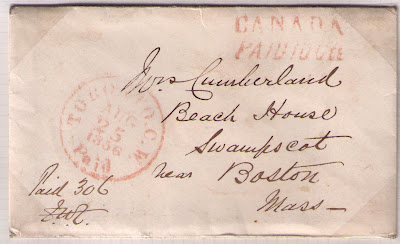 Since Toronto was an exchange office, the Canadian rate was not stamped on the letter. 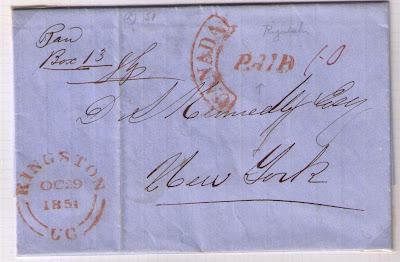 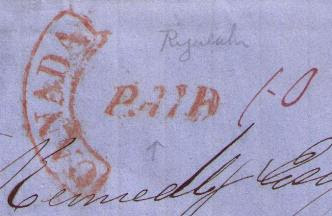 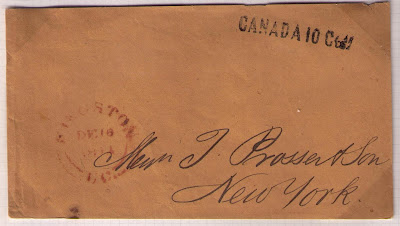 Since Kingston was an exchange office, the Canadian rate was not stamped on the letter. "CANADA 10 Cts" in black indicated that the letter was unpaid. 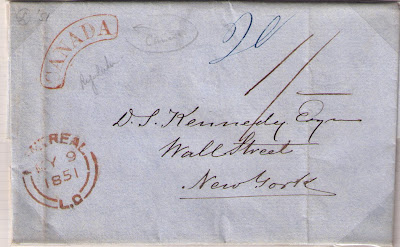 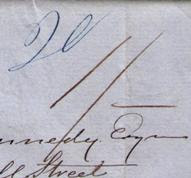