Vincent Massey (1887-1967) was a Canadian lawyer and diplomat who served as Governor General of Canada, the 18th since Confederation. He came from a prominent Canadian family – successful in business and active in philanthropy. His brother was the popular actor Raymond Massey, and his father was president of the Massey-Harris Company, known worldwide for manufacturing agricultural equipment.In 1926, he was appointed first Canadian Minister to Washington and then High Commissioner to London in 1935.

On February 26, 1952, Massey was sworn in as governor general of Canada, the first Canadian-born individual to be appointed to the post. Mr. Massey's term as Governor General was extended twice, first by Prime Minister Louis St. Laurent, and then by Prime Minister John Diefenbaker before he left office on September 15, 1959.

Mail sent by the Secretary to the Governor General was free of postage. 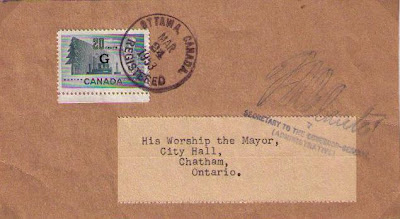 From the Secretary to the Governor General to the Mayor of Chatham, Ontario, March 24, 1953
Free postage
Registration fee 20 cents ( Official 20 cent stamp)

Ottawa to Kingston, July 26, 1953
Correspondence to a speech writer 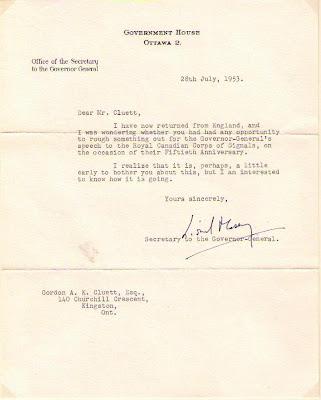 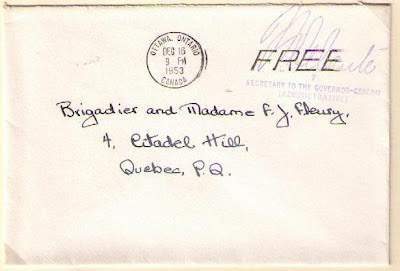 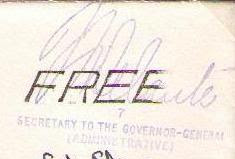 The Citadel in Quebec City is the secondary residence for the Governor General. 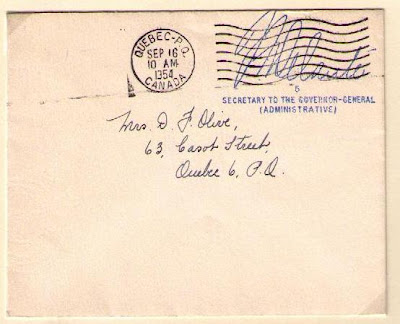 After his term as Governor General, he retired to Batterwood, his home near Port Hope, Ontario. The letter below, signed by Vincent Massey, was mailed a short time after the end of his term. 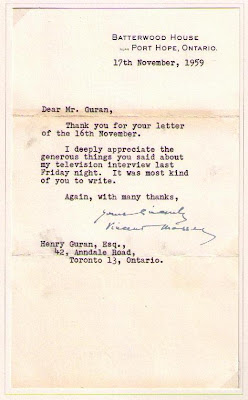 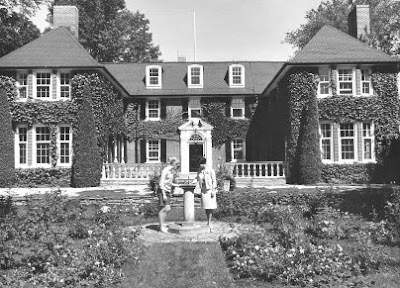 The Massey commemorative stamp was issued on February 20, 1969 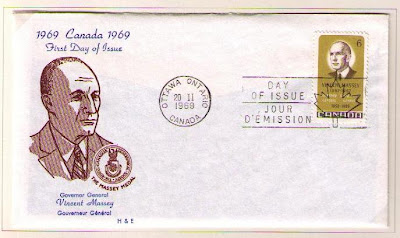 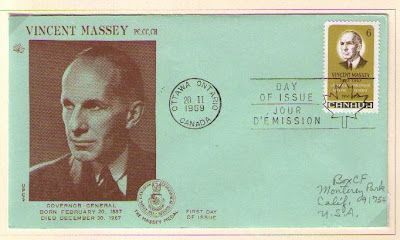 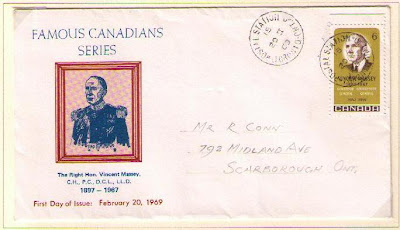 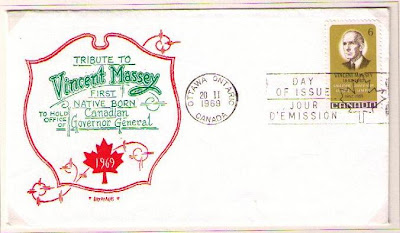 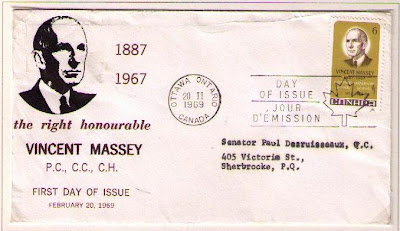 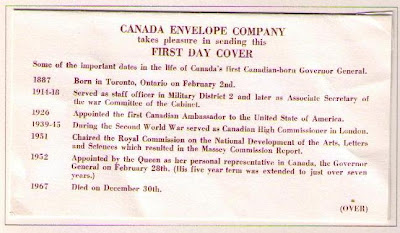 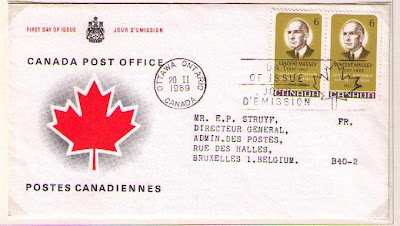 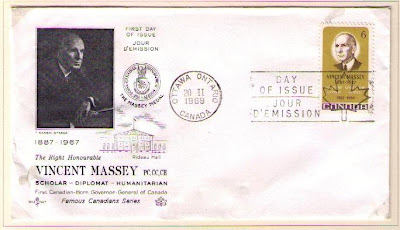 Posted by philcovex at 3:54 AM