From the mid-twentieth century to this day, the Middle East and India-Pakistan conflicts have continued without abatement. During periods of imminent or actual armed conflict, civilian mail has been censored. This article looks at examples of Canadian outbound mail which has been censored by receiving nations. 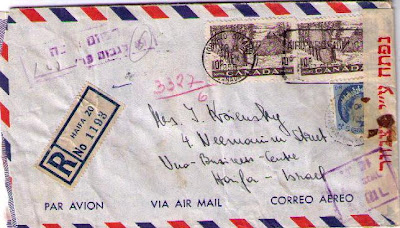 The letter was opened by Israeli authorities. Presumably the contents of the letter required registration. Registration service was provided in Israel (Haifa registration label applied).
The addressee was required to pay a fee of 100 protos for the compulsory registration. 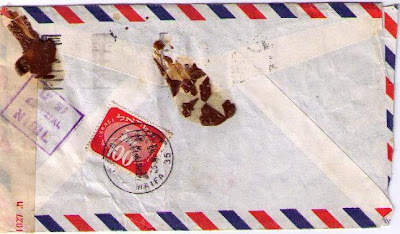 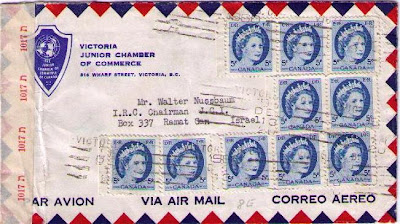 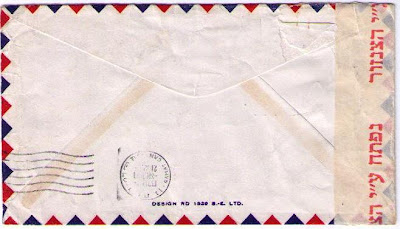 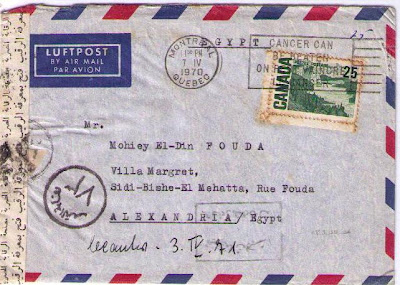 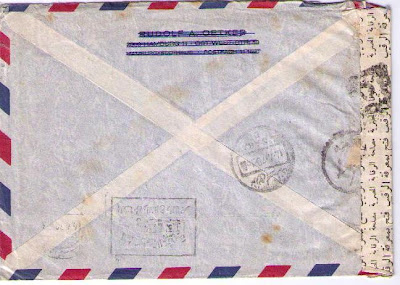 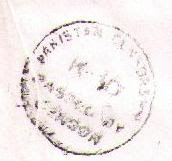 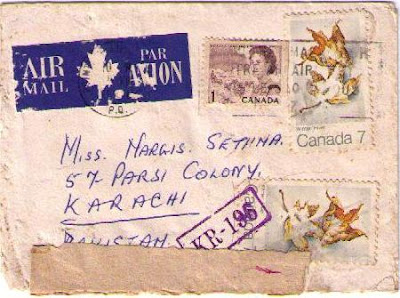 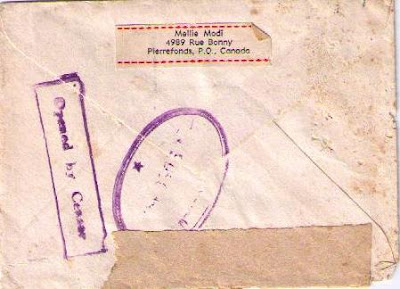 Opened by censor and sealed with brown tape

Opened by Censor
Posted by philcovex at 3:58 AM