Arthur Meighen (1874-1960) was the ninth Prime Minister of Canada from July 10 to December 29, 1921 replacing Prime Minister Robert Borden who had resigned. From 1921 to 1926 he was the opposition leader. He was asked to form a government by Governor General Byng when the Liberal Prime Minister Mackenzie King lost the confidence of the house. Meighen's second term was brief, from June 29 to September 25, 1926. His Conservative government lost the confidence of the House by one vote. Byng called an election and Meighen was swept from power and replaced by Mackenzie King. 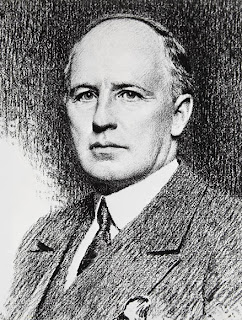 National Archives of Canada
National Film Board drawing  used by stamp designer Harvey Prosser as the model for the Meighen stamp. 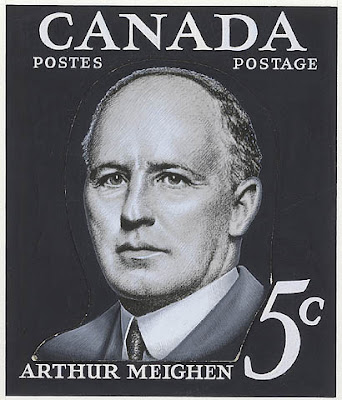 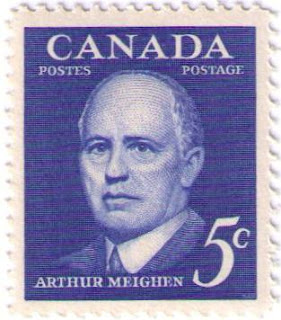 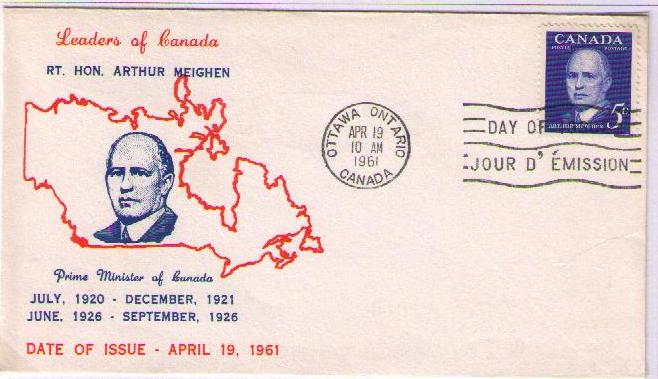 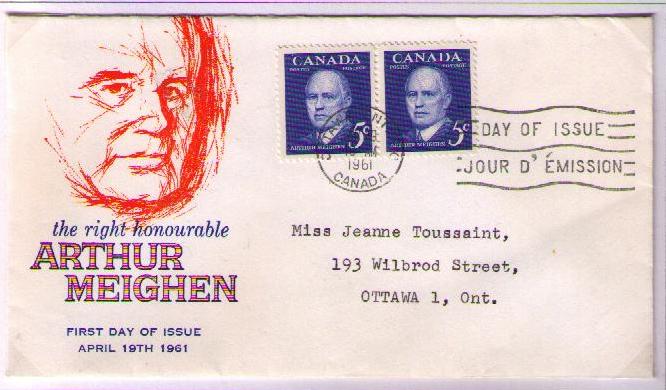 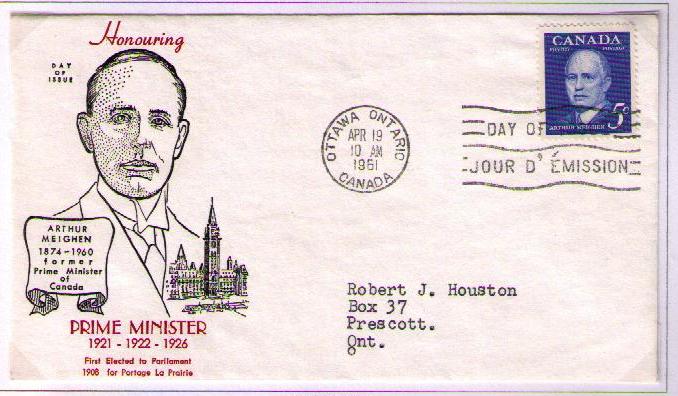 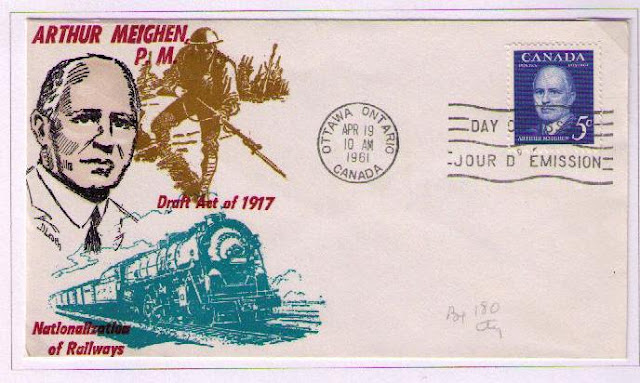 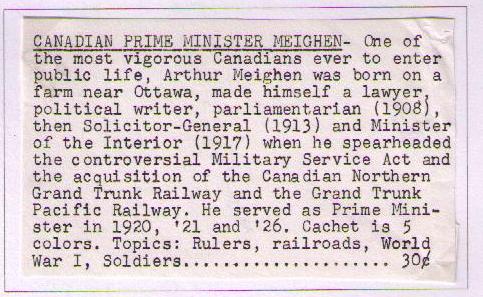 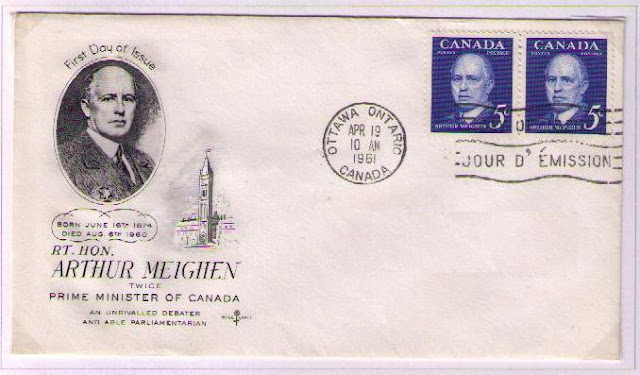 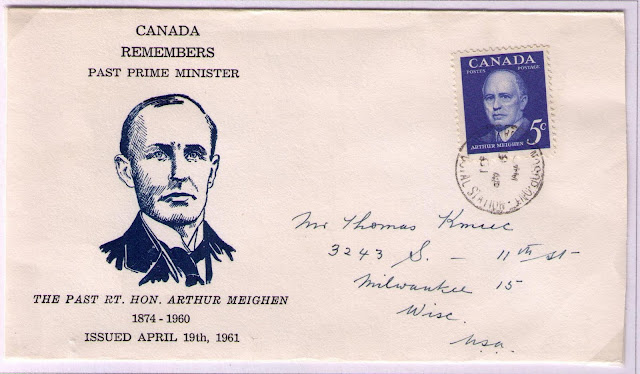 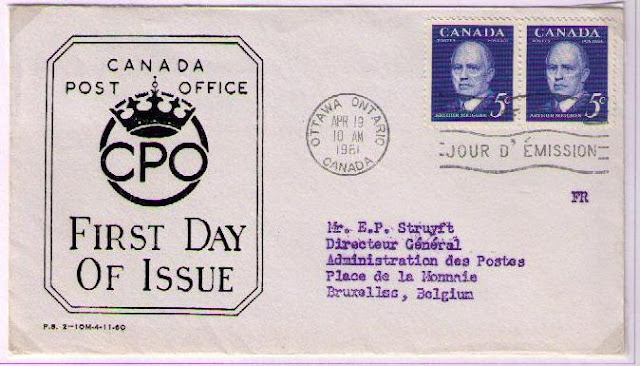 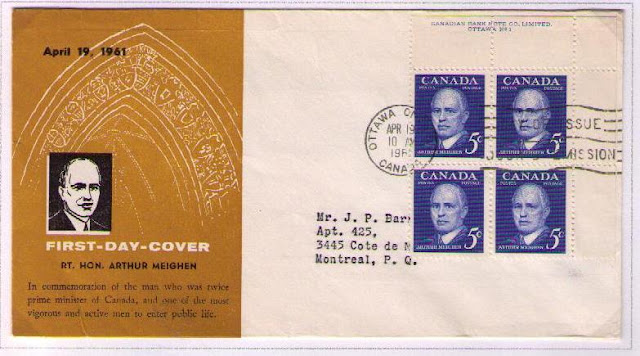 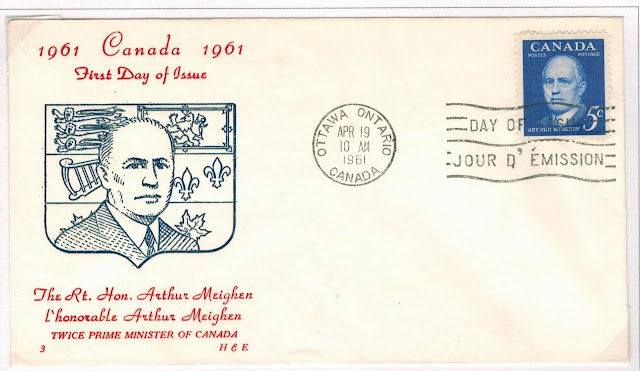 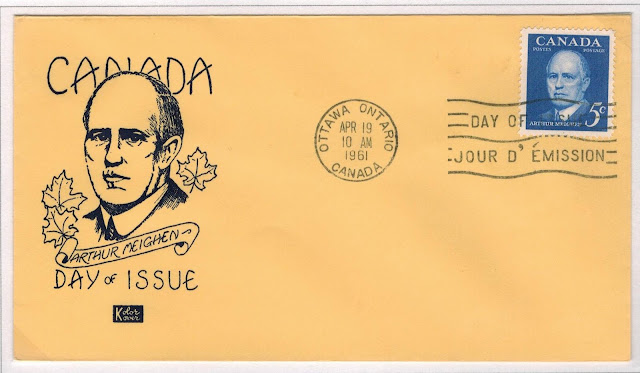 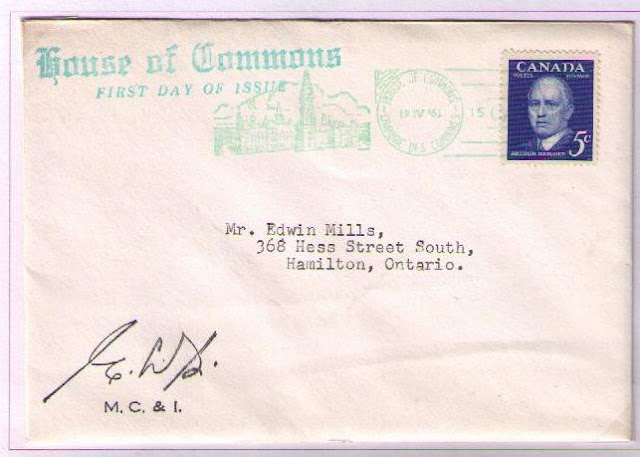 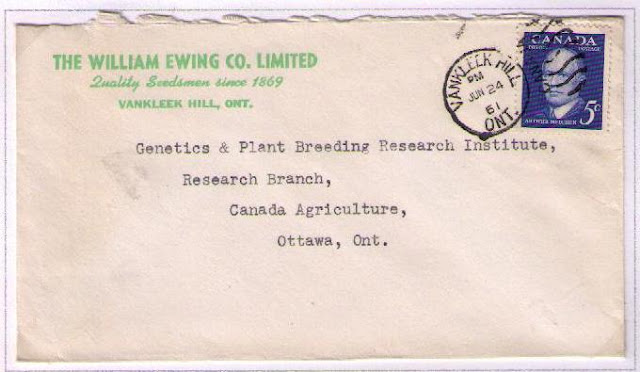 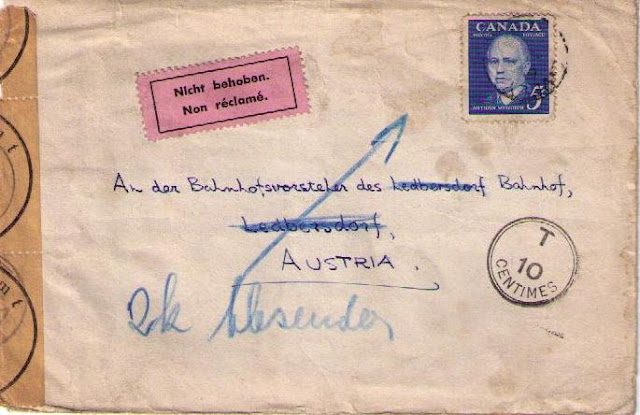 The Austrian post office opened and resealed the letter:

The letter was not claimed and was returned to the sender: 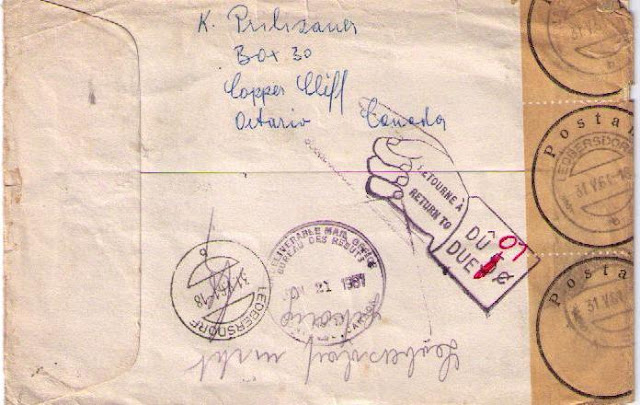 Undeliverable mail with return addresses from such destinations as Austria were not returned directly to the sender but were handled by the Undeliverable Mail Office. Each item of returned mail was charged 5 cents. 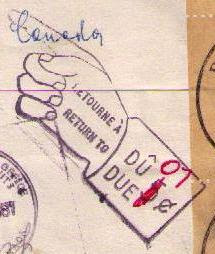 A 5 cent charge handstamp was applied but the denomination was changed to 7 cents "07"
The additional 2 cents was the charge for the original amount that was shortpaid.
Posted by philcovex at 3:05 AM