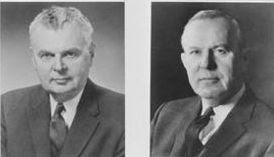 John Diefenbaker and Lester Pearson shared the Canadian political stage from 1958 to 1967, serving as Prime Minister and Leader of the Opposition for the Progressive Conservative ("Conservative") and Liberal parties respectively.

The Diefenbaker majority government was reduced to a slim minority in the 1962 election. Economic problems such as high unemployment and a devalued dollar contributed to Conservative losses. 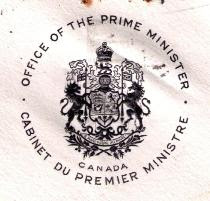 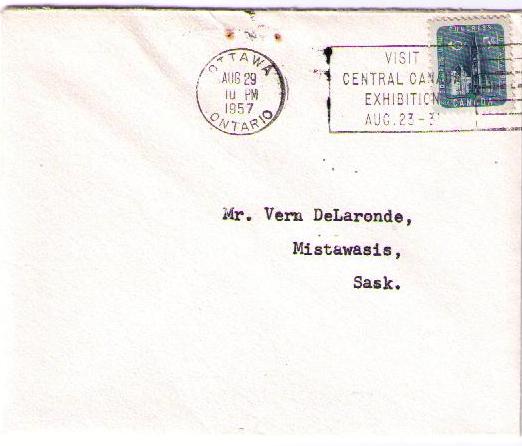 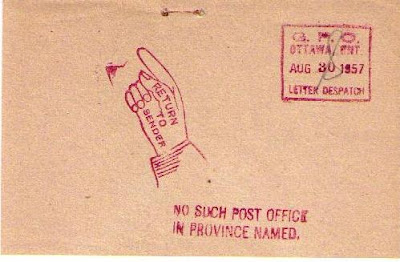 Note stapled to the letter
Had the letter been sent to the destination province it probably would have been delivered. 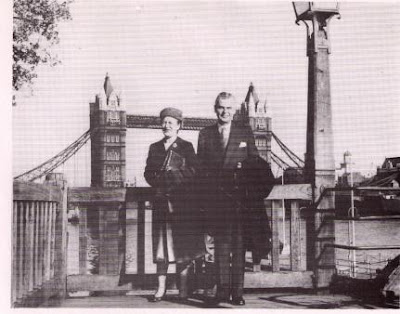 John Diefenbaker and his wife Olive in London
Mr. Diefenbaker was attending the Commonwealth Conference 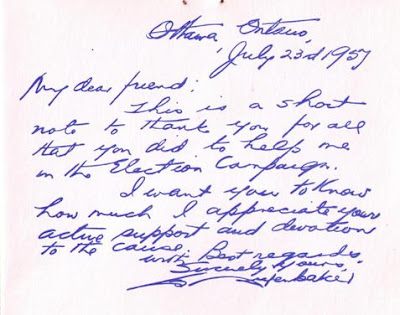 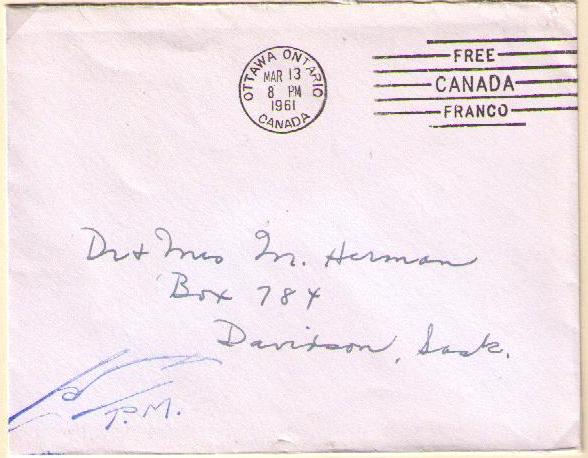 
Leader of the Opposition Pearson 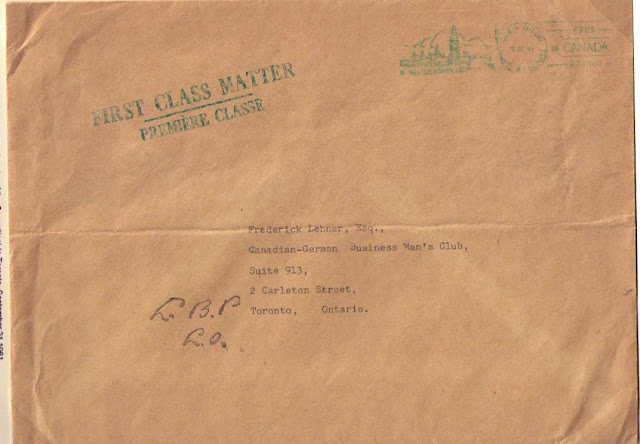 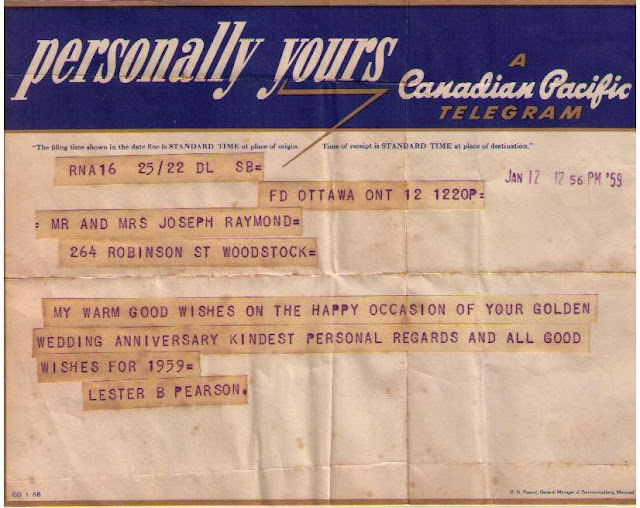 Lester Pearson defeated John Diefenbaker in the 1963 election but was unable to obtain a majority government. In 1965 Pearson called a general election but again failed to secure a majority. 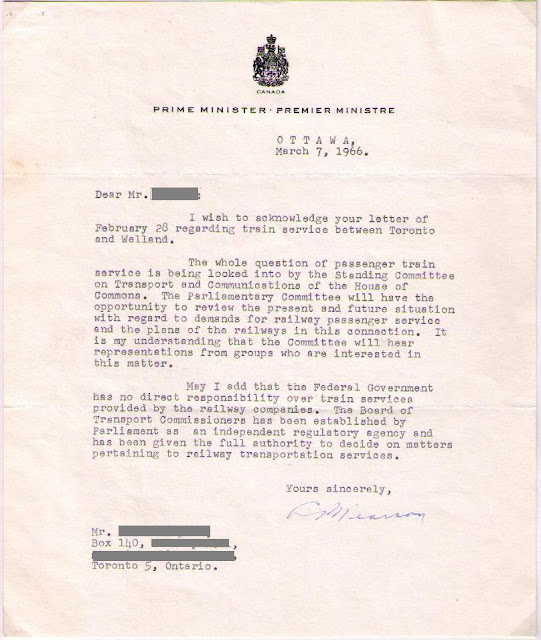 Leader of the Opposition Diefenbaker