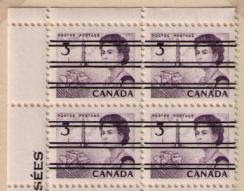 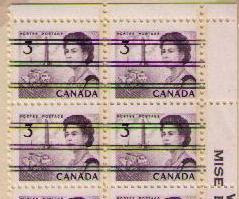 i) The 1 cent stamp with dextrine gum was issued in precancelled form in April, 1967. 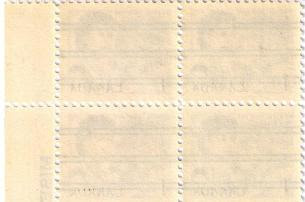 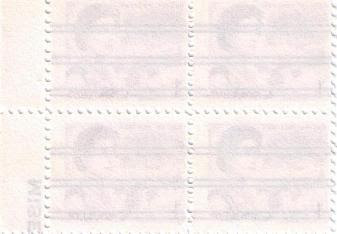 In August 1972, the 1 cent stamp with Polyvinyl Alcohol gum (PVA) was issued in precancelled form.

The 2 cent stamp in precancelled form was issued in April, 1967

The 2 cent precancel is a challenge to find on cover. The piece below comes from a G & K mailing. 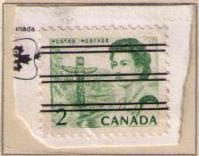 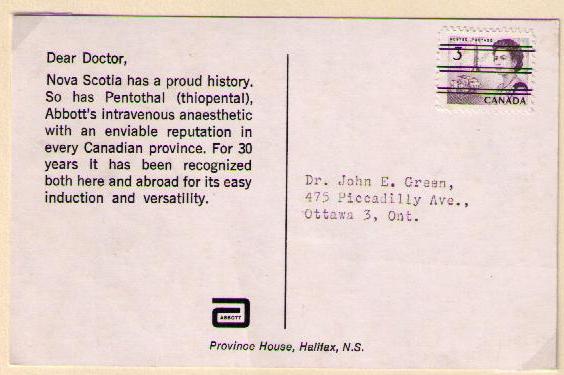 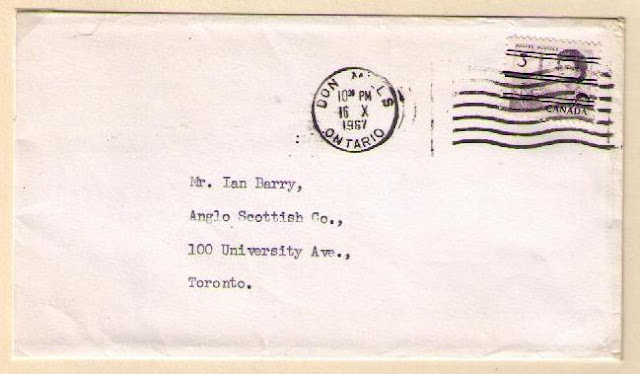 Precancels could not be used for letter mail. The cover below shows the consequences of unauthorized precancel use: 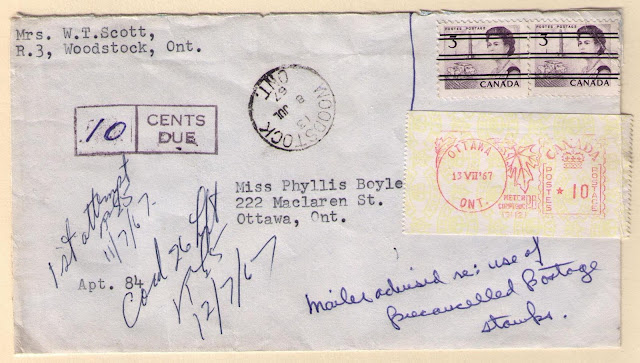 Precancelled stamps not permitted to pay the letter rate. The stamps were invalid ( ink box around the stamps) and the cover was treated as an unpaid letter. The mailer was advised of the use of precancelled stamps: 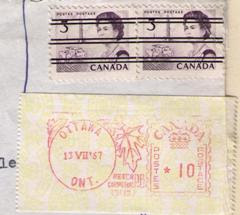 Postage due was 10 cents, double the deficiency
Meter label paying the amount due
Ottawa, July 13, 1967 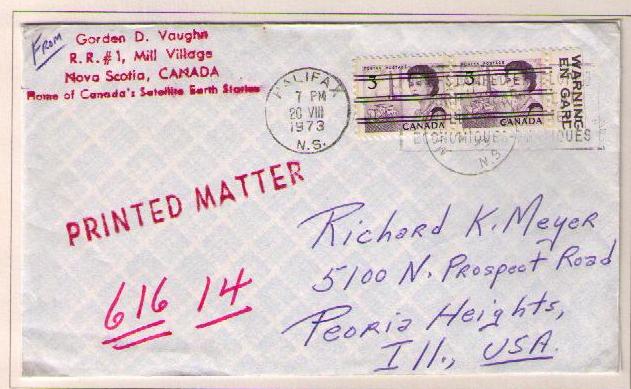 The 4 cent dextrine gum stamp was issued in precancelled form on February 8, 1967. 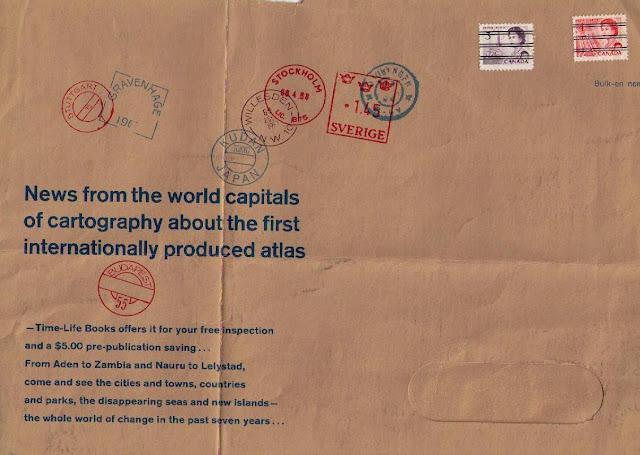 The 7 cent Time-Life bulk mail item above is undated but was likely sent before October 31, 1968 since the facsimile Stockholm cancellation is dated April 8, 1968.

7 cents was the fourth step special printed matter rate, i.e., greater than 6 oz. and equal to or less than 8 ounces. 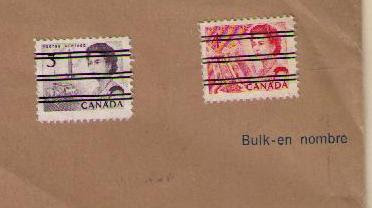 The "Quantity" printed matter rate was 4 cents (Standard 5 cents) for the first two ounces and 3 cents for each additional two ounces, and applicable if the following conditions were met: 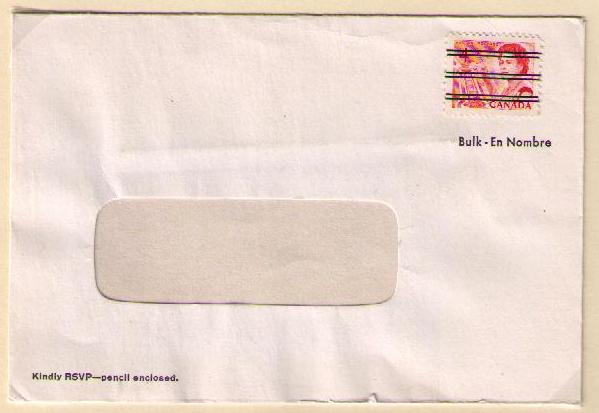 The 5 cent printed matter rate came into effect on November 1, 1968. 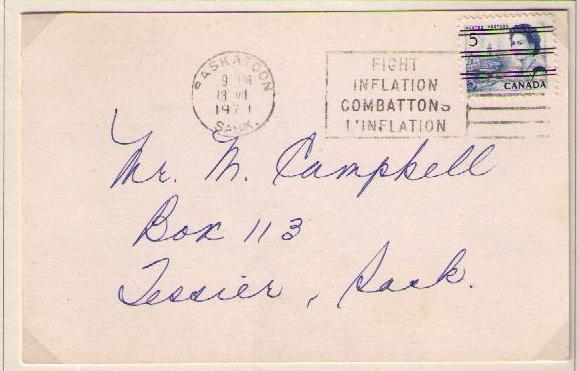 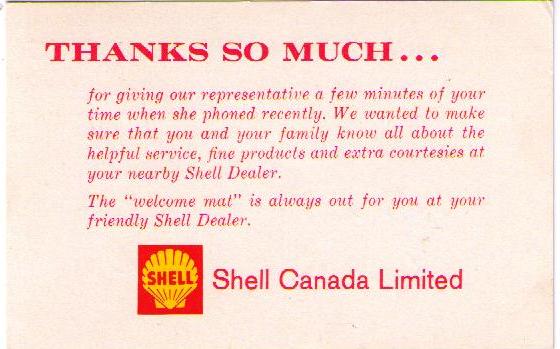 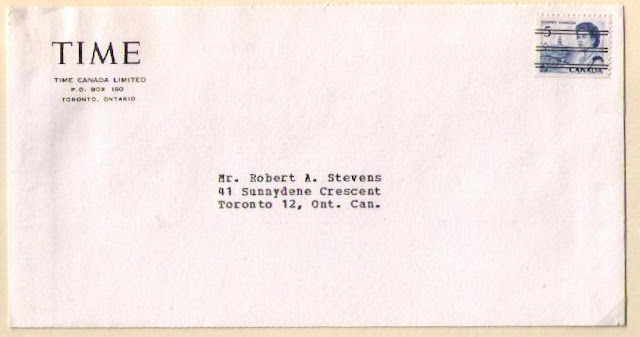 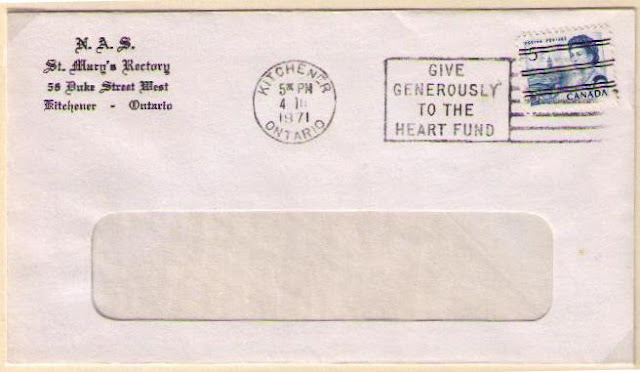 The CBN 6 cent black was issued with PVA gum. The precancelled stamp was issued untagged and tagged in February 1972 and December 1972 respectively. 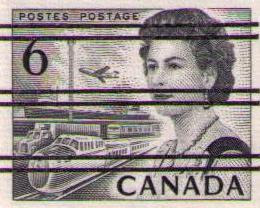 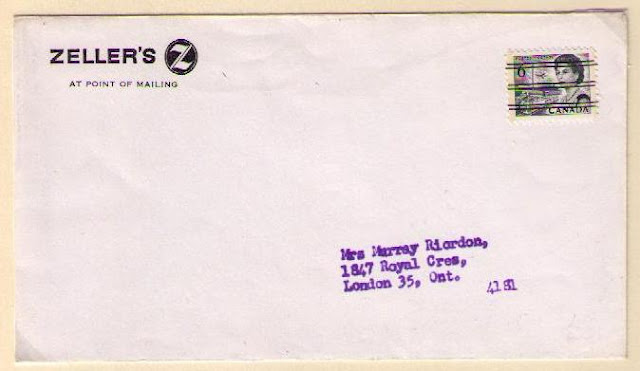 The coil stamp were precancelled by ink rollers. The coil rolls were fed in a continuous stream through the rollers. 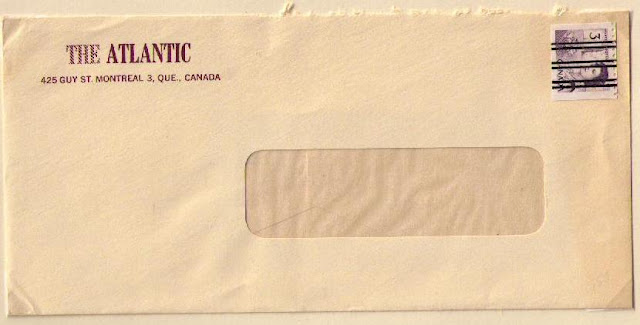 The printed matter rate increased from 3 cents to 5 cents on November 1, 1968. 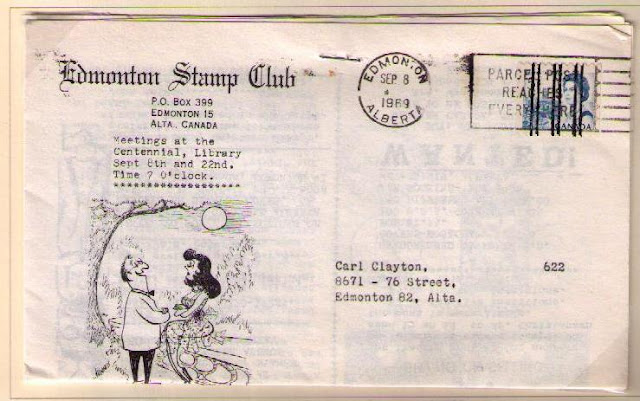 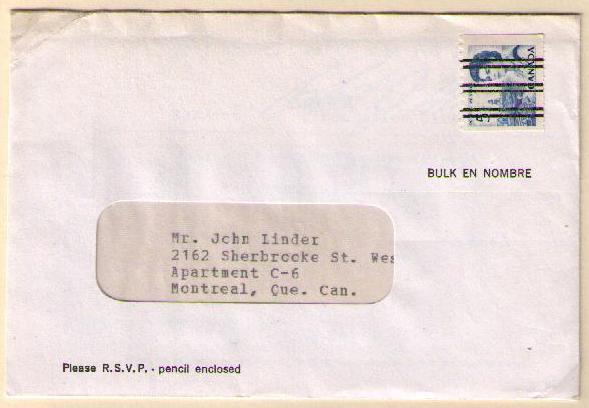 BABN precancels were limited to the 6 cent denomination sheet stamps.

BABN issued the 6 cent precancelled stamp in August 1971. The printed matter rate had been increased to 6 cents on July 1, 1971. 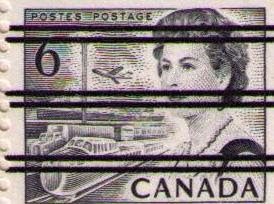 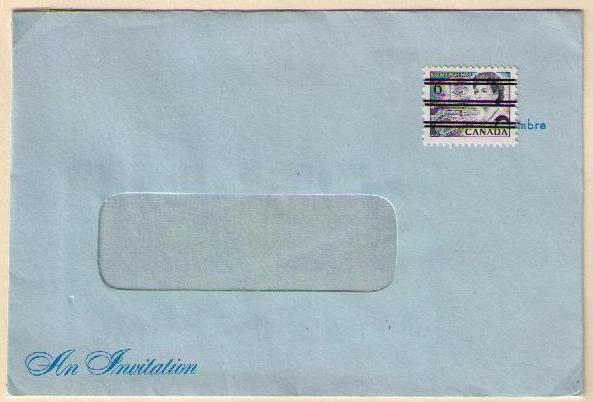 Unauthorized use on letter mail
Edmonton to Don Mills, August 4, 1972
Posted by philcovex at 5:05 AM