Newfoundland, a former colony and dominion of the United Kingdom, became the tenth province to enter the Canadian Confederation on March 31, 1949, following a public referendum on the issue. 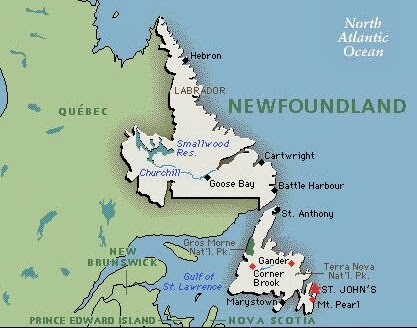 The Newfoundland floral emblem stamp was issued on February 23, 1966. 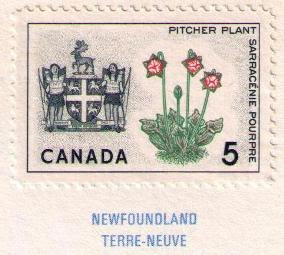 The insect-eating pitcher plant (Sarracenia purpurea L.), adopted as Newfoundland and Labrador's floral emblem in 1954, is the most unusual of Canada's official flowers. It was first chosen as a symbol of Newfoundland by Queen Victoria, to be engraved on the newly-minted Newfoundland penny. It was used on the island's coinage until 1938. 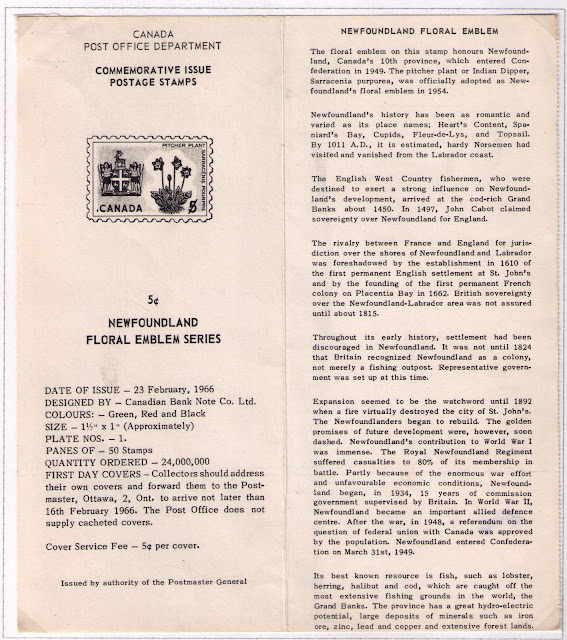 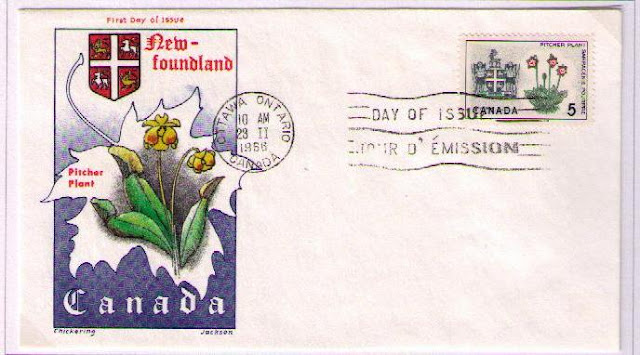 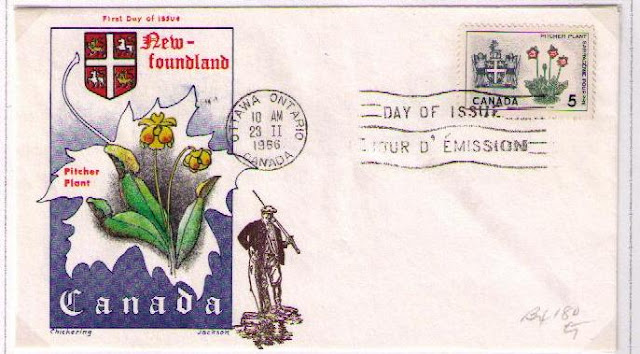 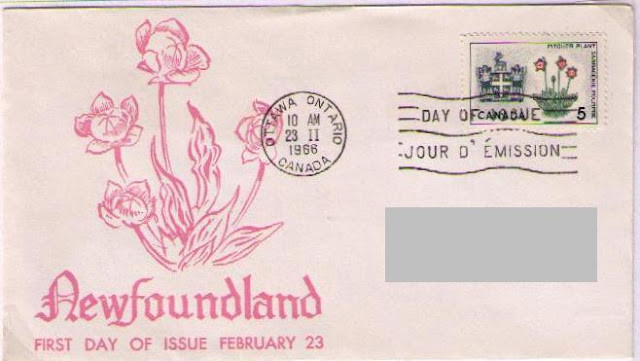 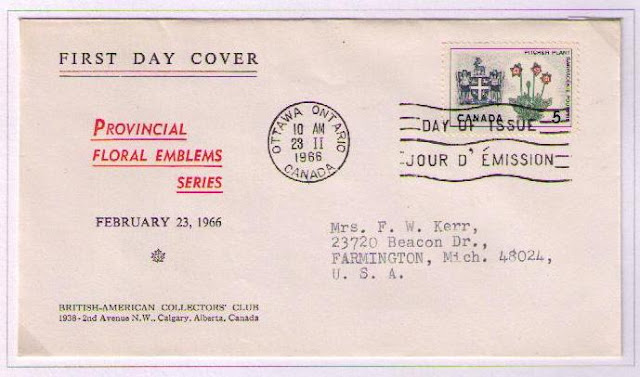 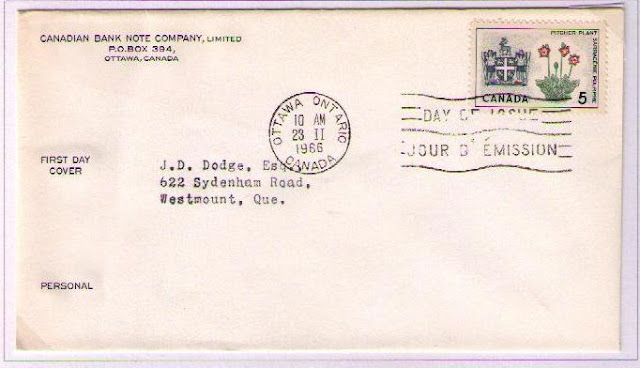 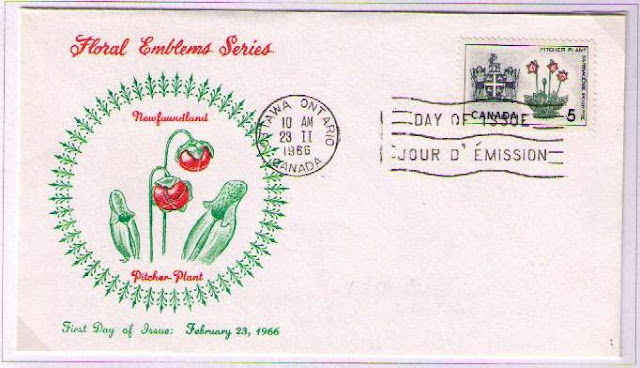 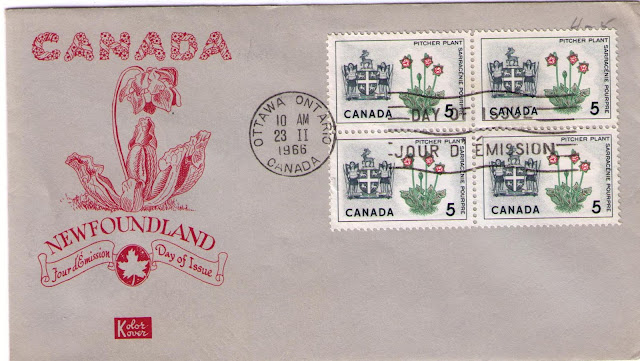 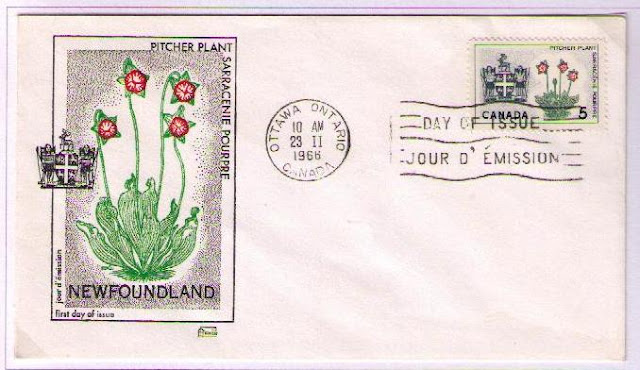 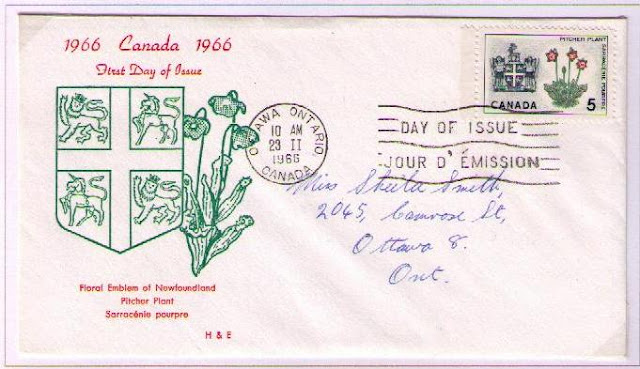 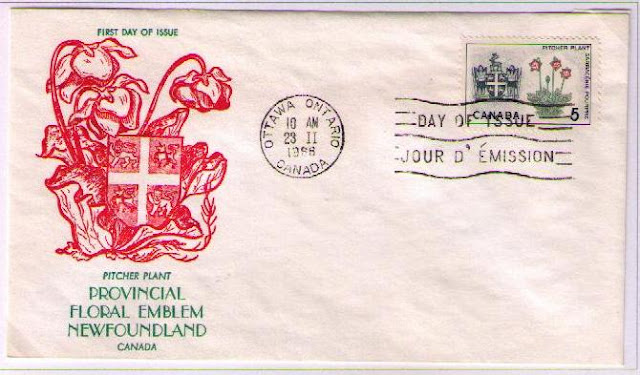 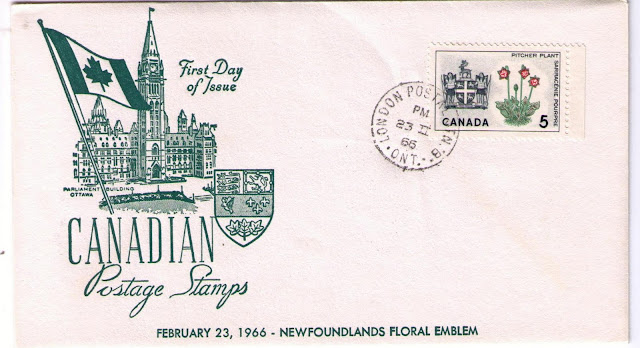 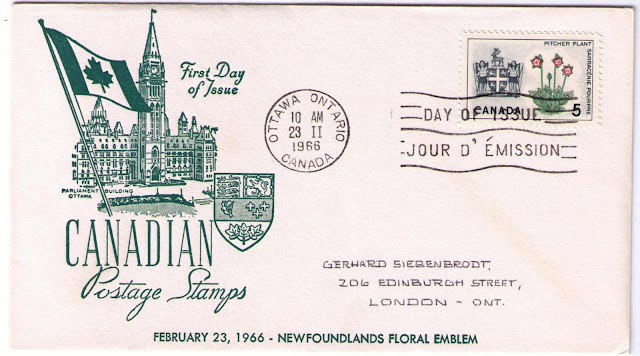 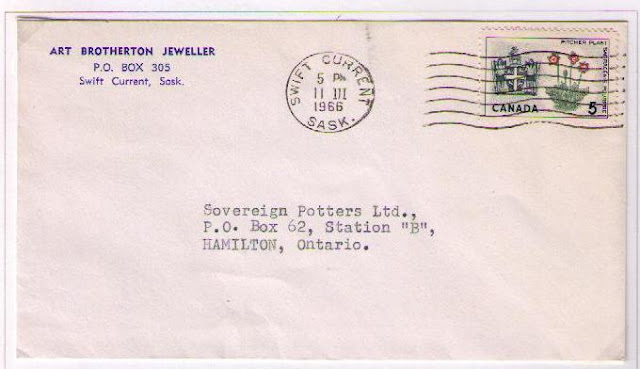 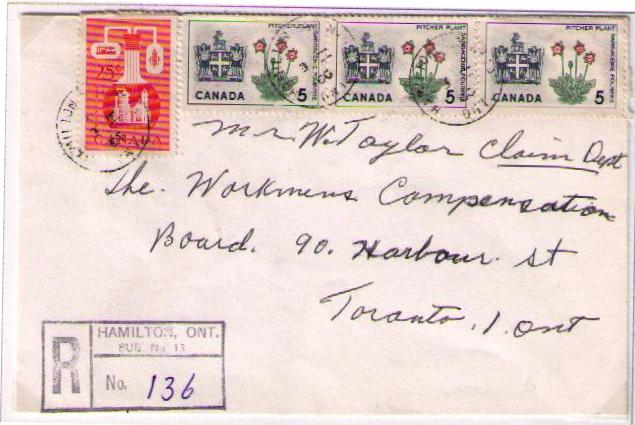