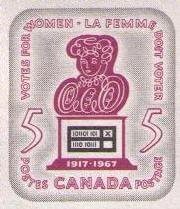 On May 14, 1967, Canada Post Office issued a stamp to commemorate the fiftieth anniversary of the first law permitting women to vote in federal elections. 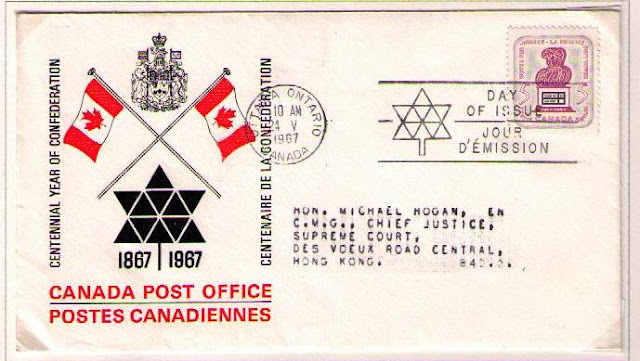 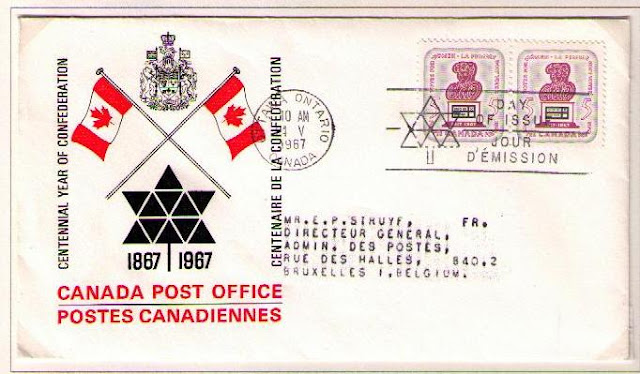 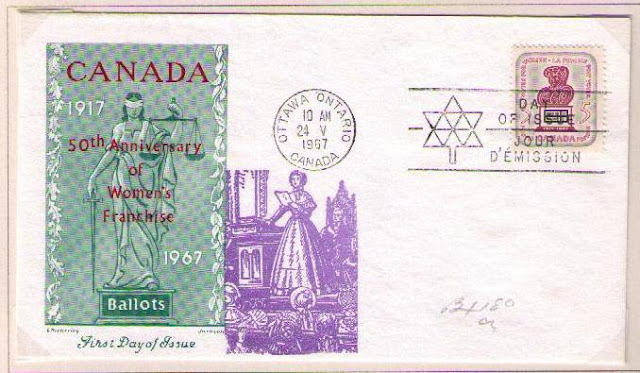 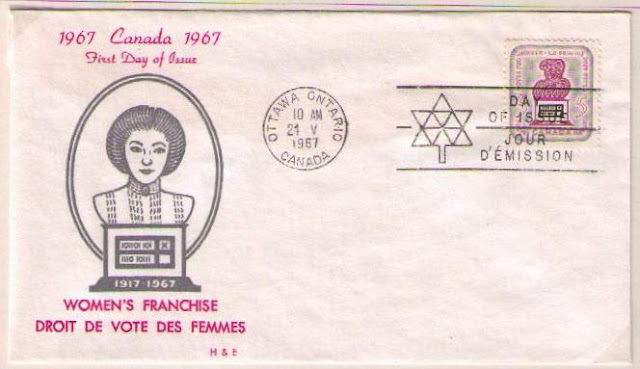 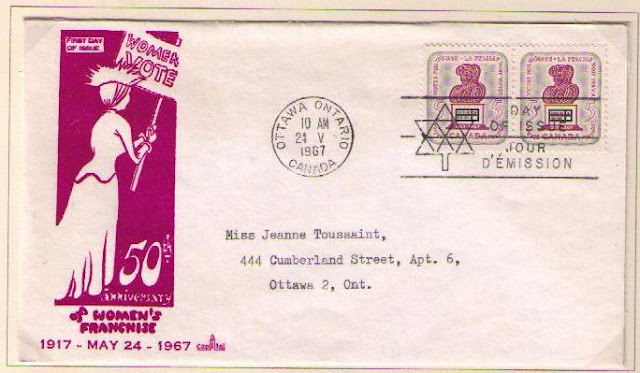 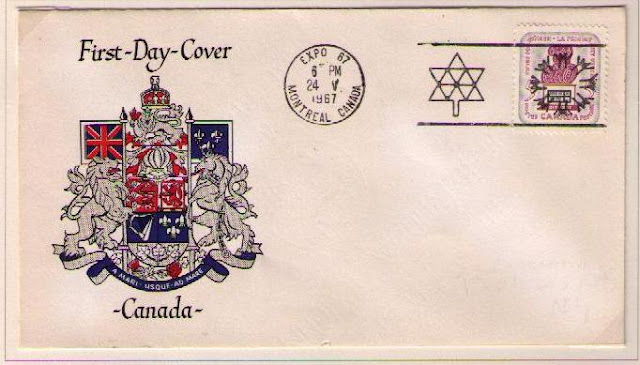 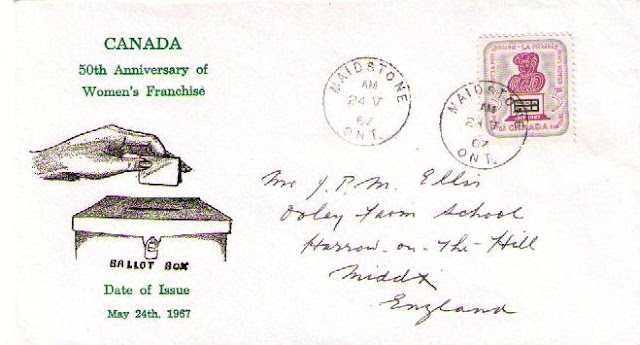 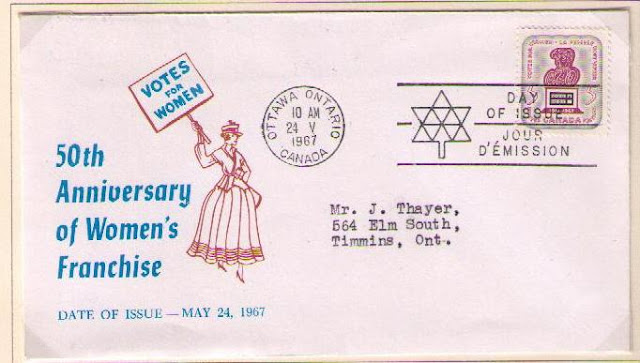 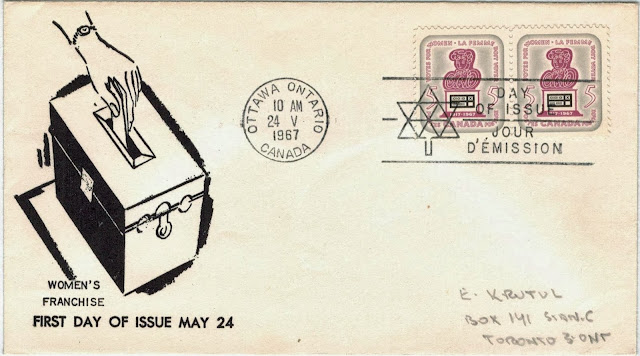 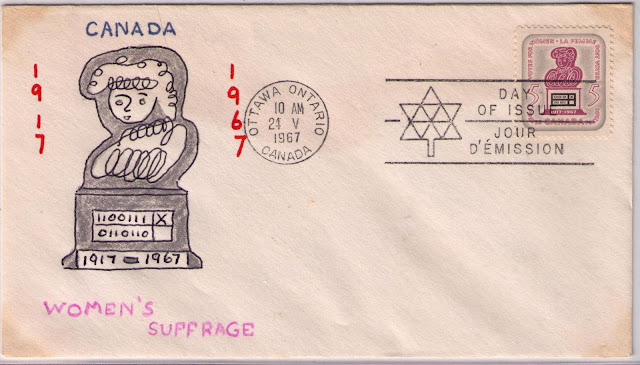 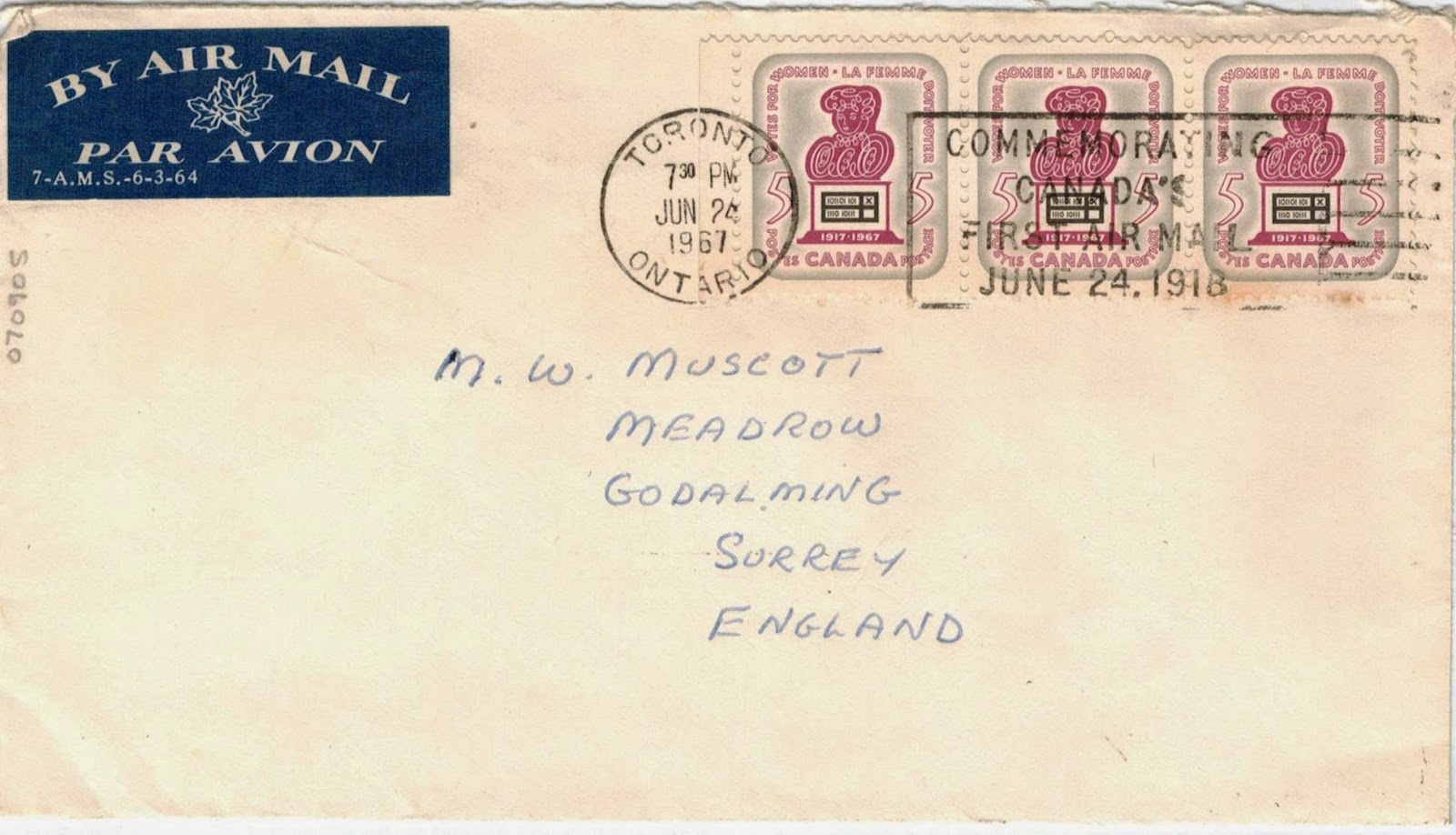 Posted by philcovex at 3:59 AM