Queen Elizabeth and Prince Philip visited Canada from June 29 to July 5, 1967. The Queen celebrated Canada's centennial in Ottawa on July 1. After their stay in Ottawa, the royal couple boarded the yacht Britannia and sailed to Montreal for a visit at Expo 67.

The Royal Visit stamp, designed by Harvey Prosser, was issued on June 30, 1967. 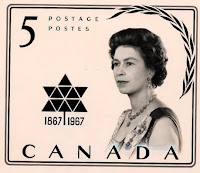 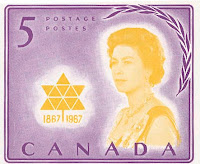 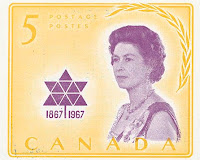 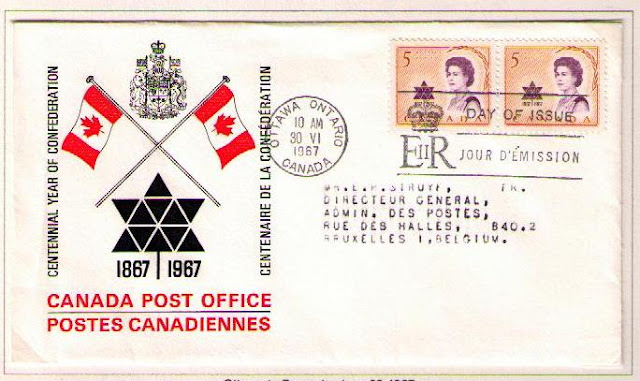 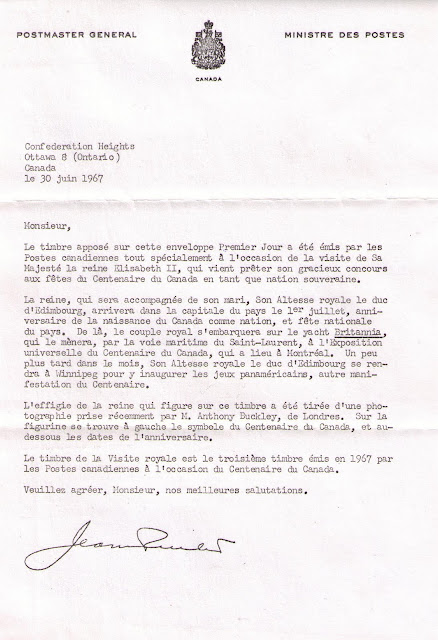 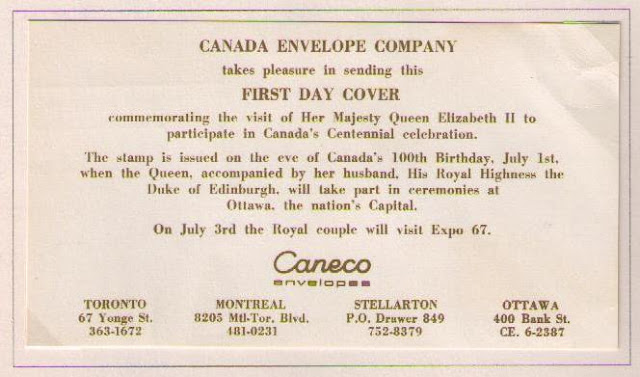 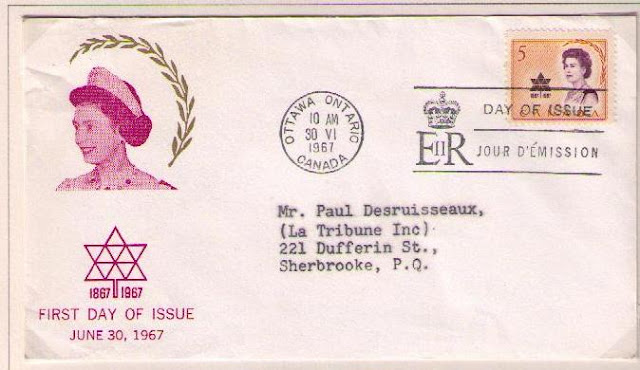 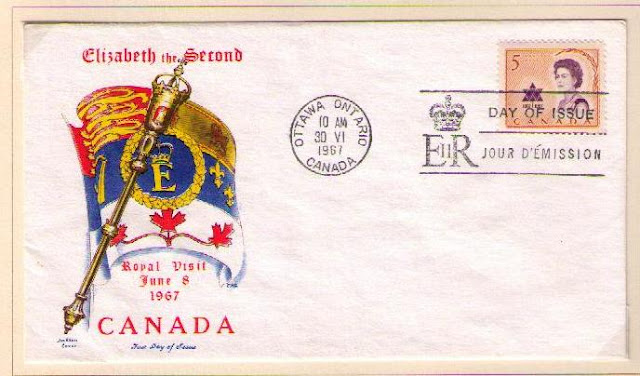 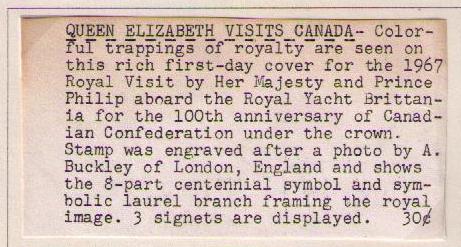 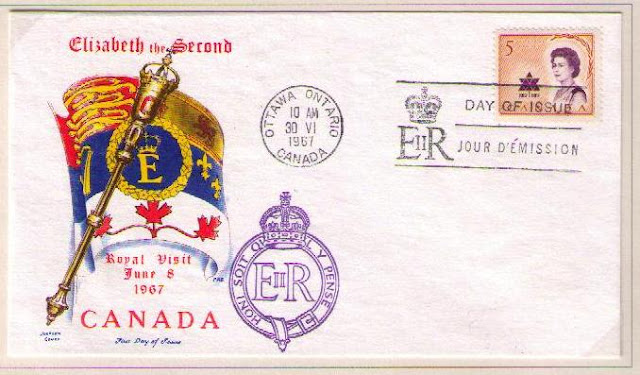 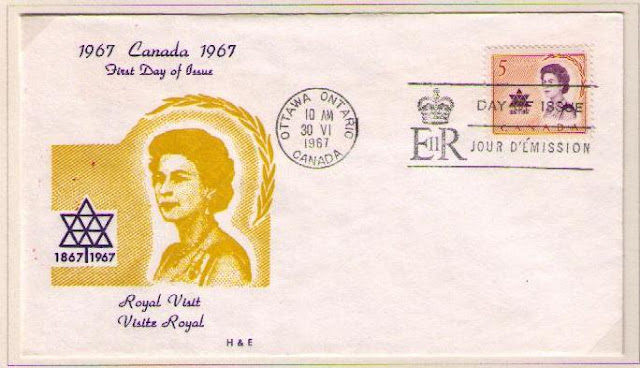 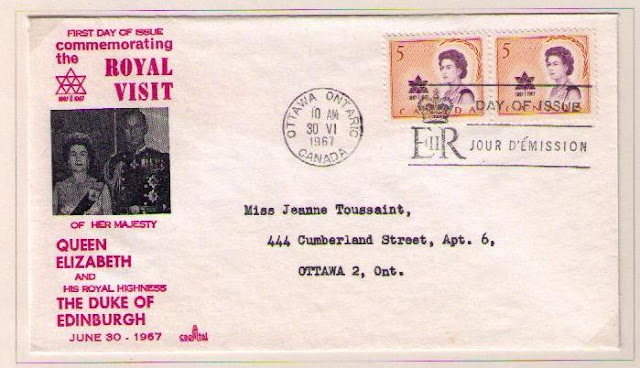 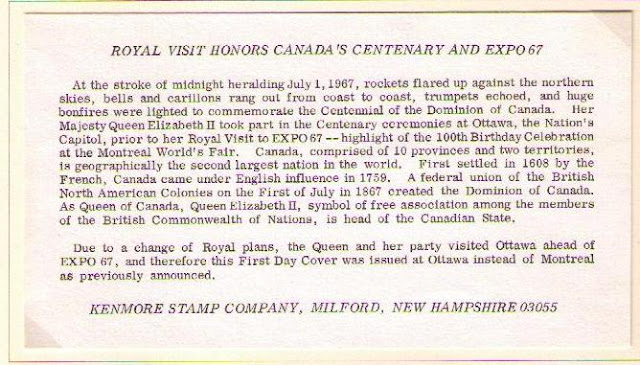 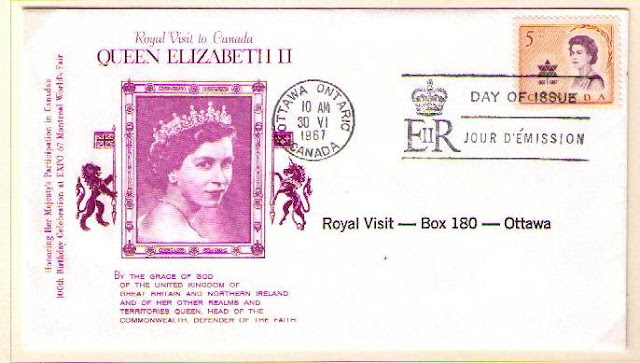 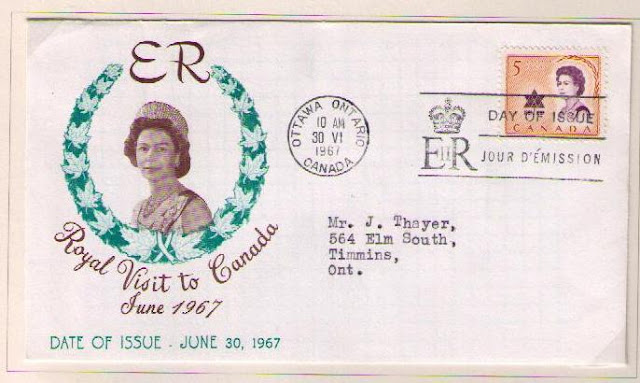 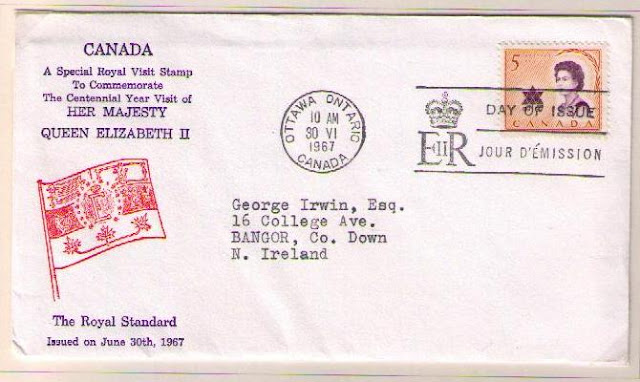 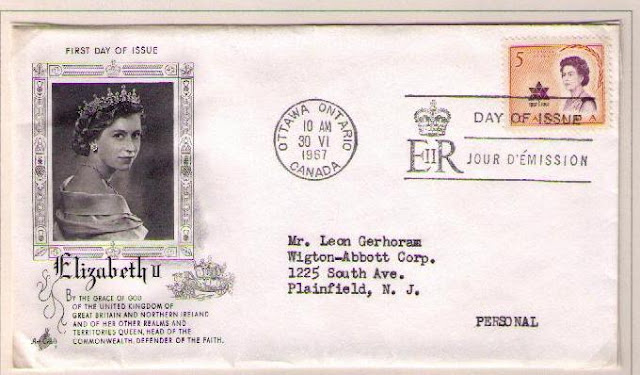 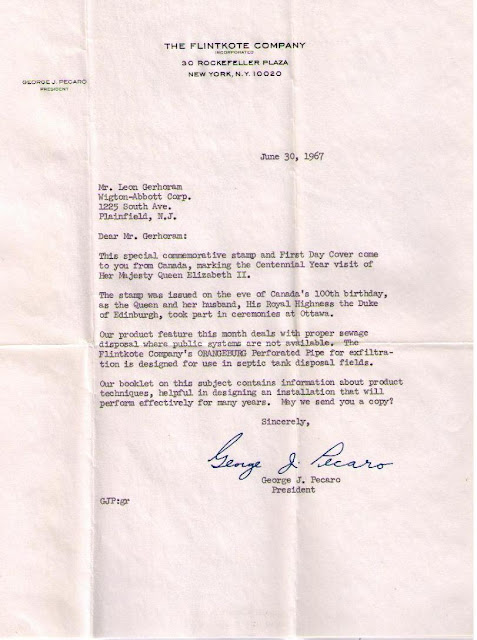 The first day cover served to publicize Flinknote's Product of the Month the "Orangeburg Perforated Pipe" to deal with sewage disposal. 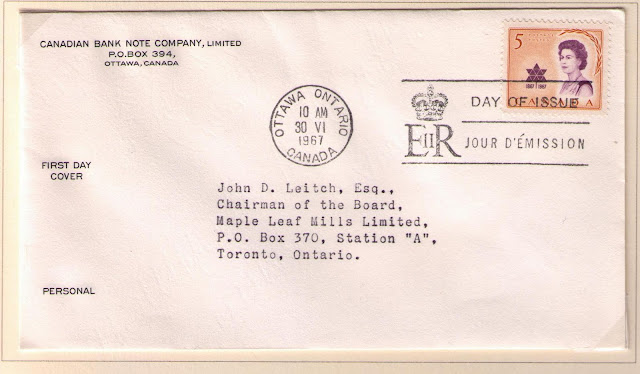 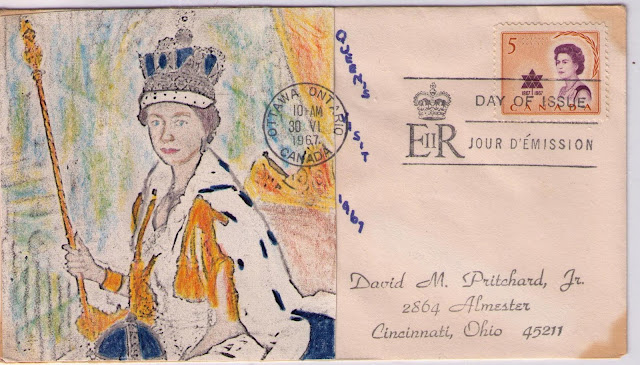 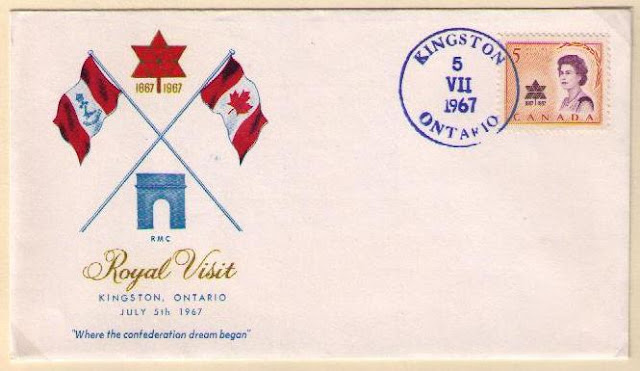 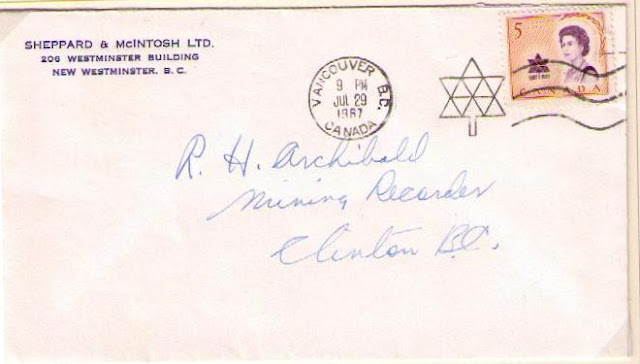