The 12th General Conference of the Commonwealth Parliamentary Association was held in Ottawa from September 8 to October 5, 1966. 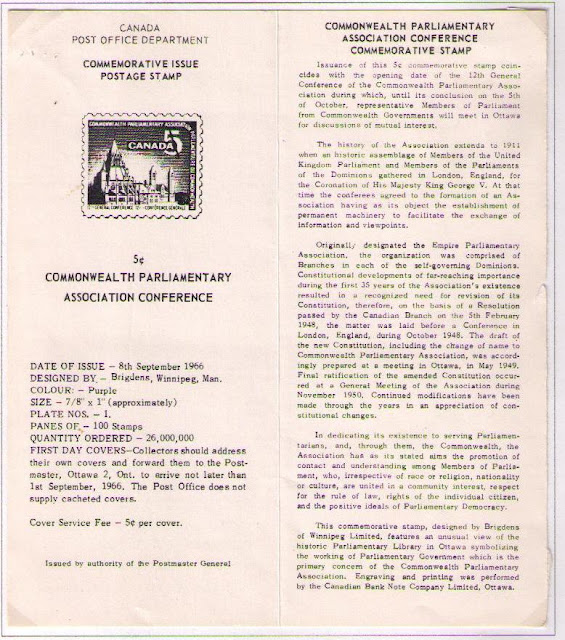 The Commonwealth Parliamentary Association Conference stamp, designed by Paul [Aleksander] Pedersen of Brigdens of Winnipeg Limited, featured a view of the historic Parliamentary Library in Ottawa, and was issued on September 8, 1966. 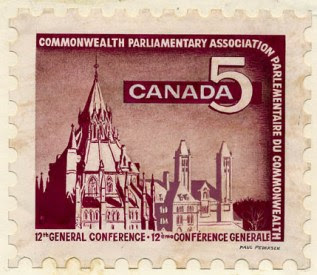 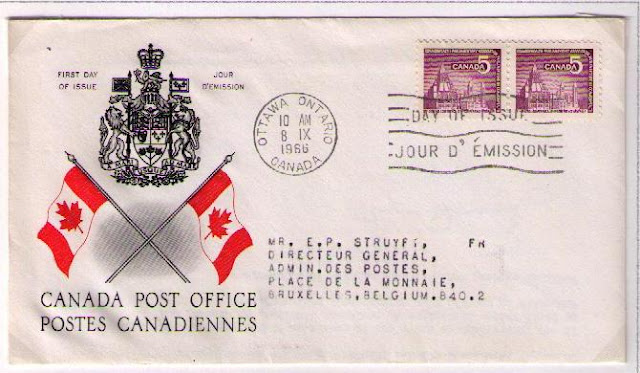 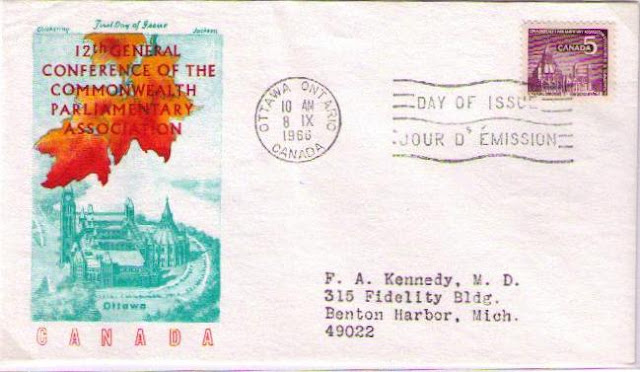 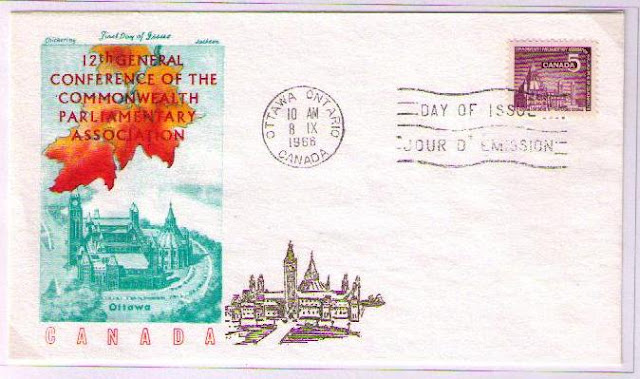 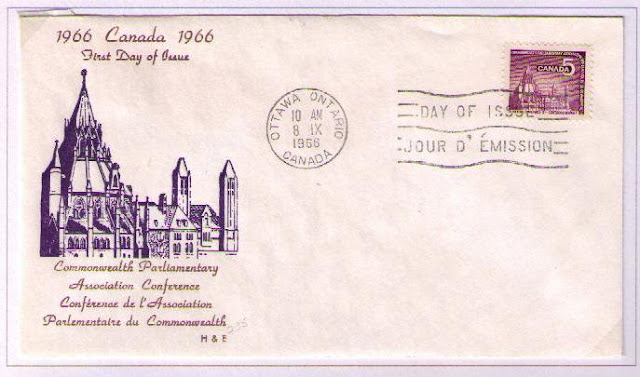 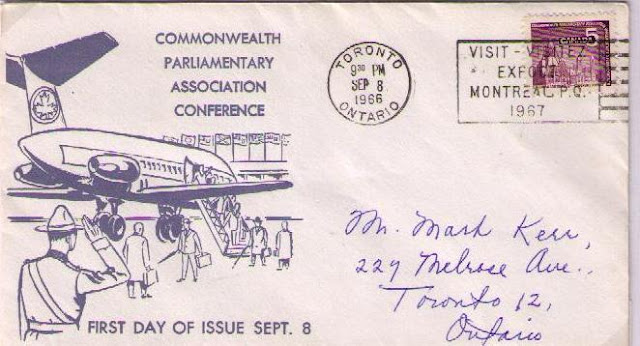 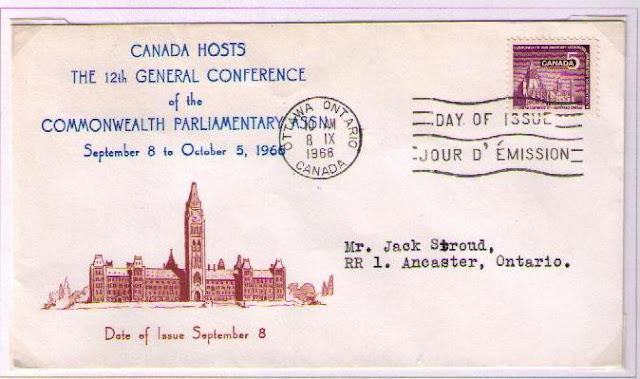 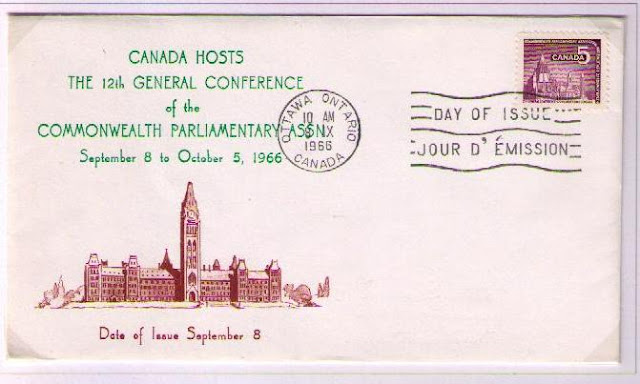 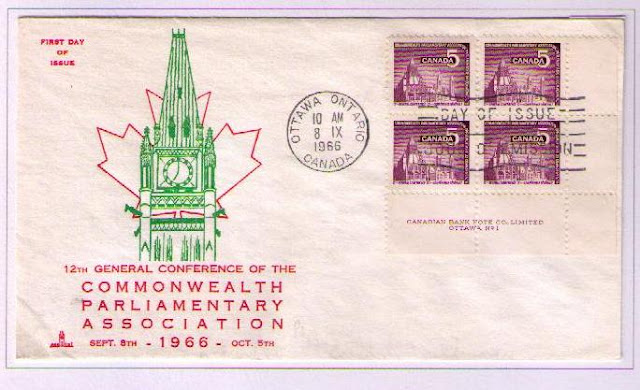 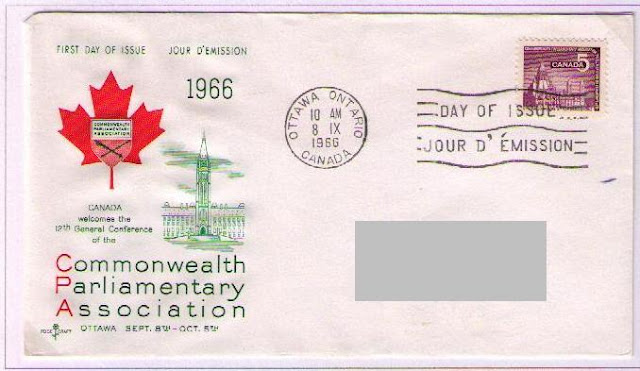 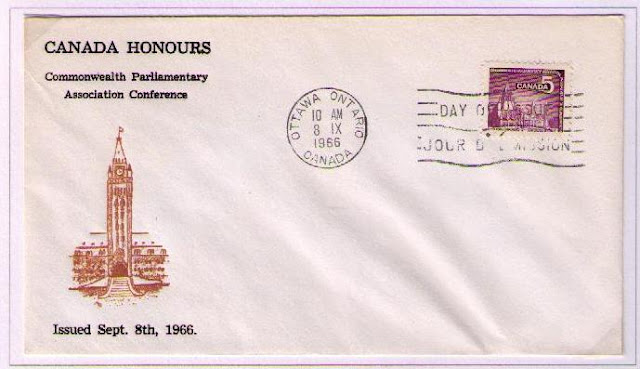 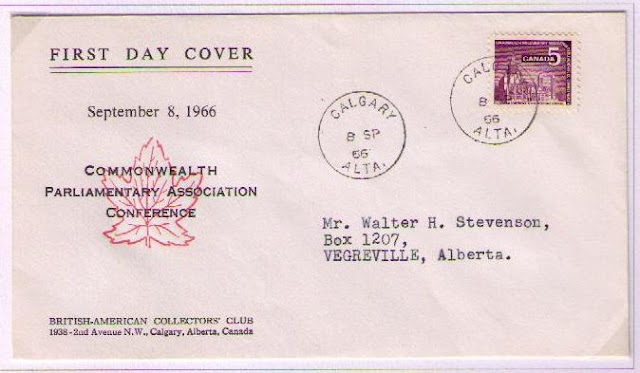 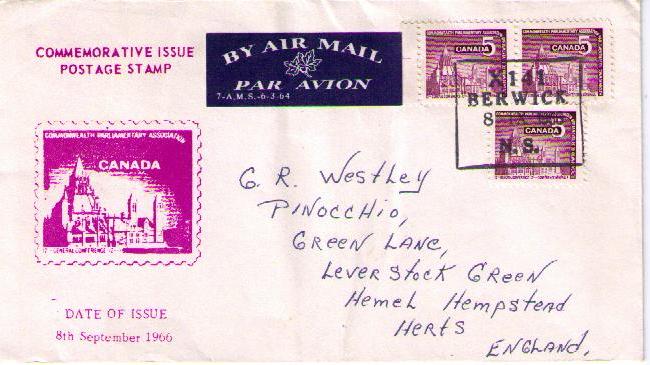 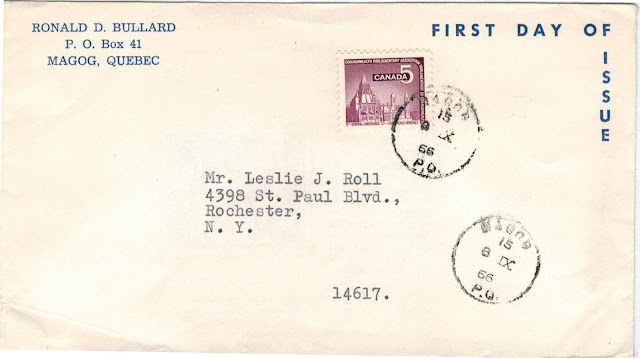 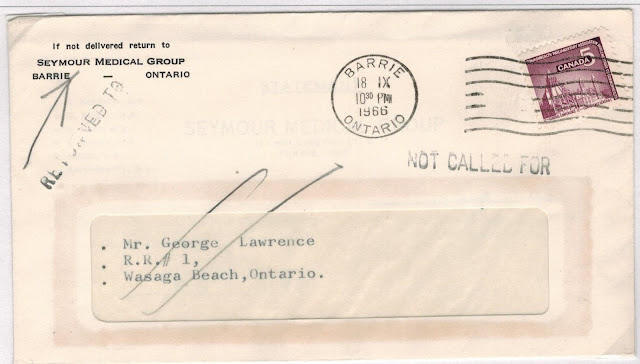 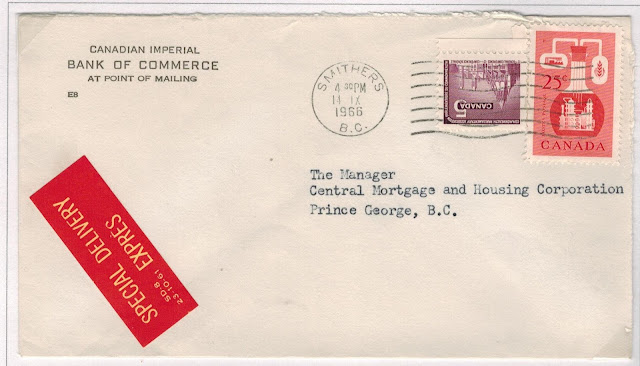 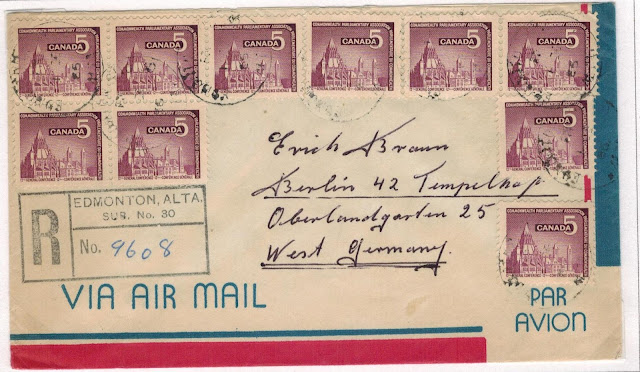 Posted by philcovex at 4:41 AM