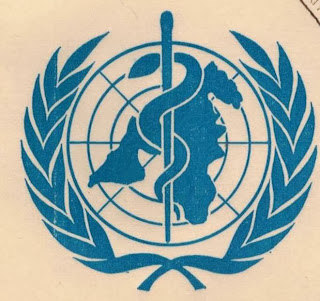 The World Health Organization (W.H.O.), headquartered in Geneva, Switzerland,  was founded in 1948 as a specialized agency of the United Nations serving as the directing and coordinating authority for international health matters and public health. 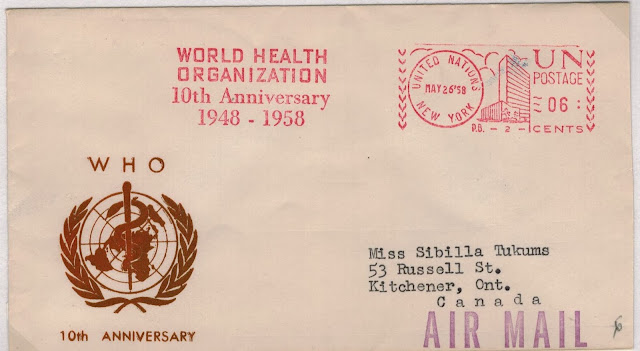 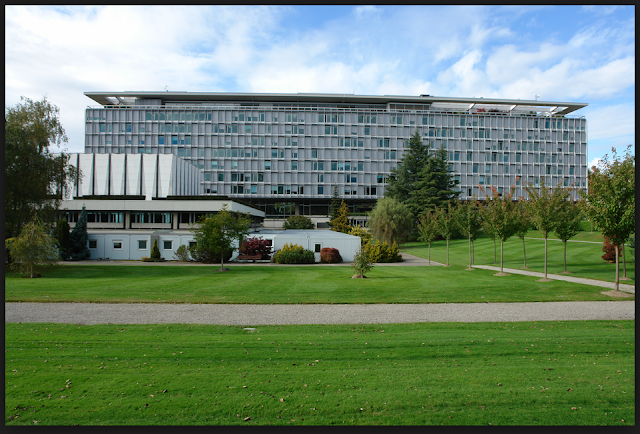 On May 7 1966, the permanent headquarters of the W.H.O. in Geneva was inaugurated. Giulio Marina provided this  description of the building in a 2012 conference paper:

The permanent headquarters of the World Health Organizatio, in Geneva, is recognised as one of the major works of Jean Tschumi, who won the international competition in 1960. Shaped by the imposing linear block housing the Secretariat and the Conference Hall at lower level, the ensemble displays a highly individual plastic expression that profits remarkably from the technical solutions used. From the spectacular pre-stressed concrete frame structure, to the conception of the aluminium and glass envelopes animated by a subtle, slanted brise-soleil, the incorporation of some very smart – and decidedly novel – technology assists in the architectural definition of the international body's remarkable European home. As the specialist press at the time was keen to emphasize, the latest technical gadgetry featured prominently in Tschumi's design. The technology assumes a particular interest not only because of its complexity, but also because of the close relations established with constructional elements.

Philatelic Commemoration of the W.H.O. Headquarters

Canada was one of several nations which recognized the inauguration of the  W.H.O.  headquarters philatelically.  Although a commemorative stamps was not issued, several post offices were provided with a slogan cancellation which read: 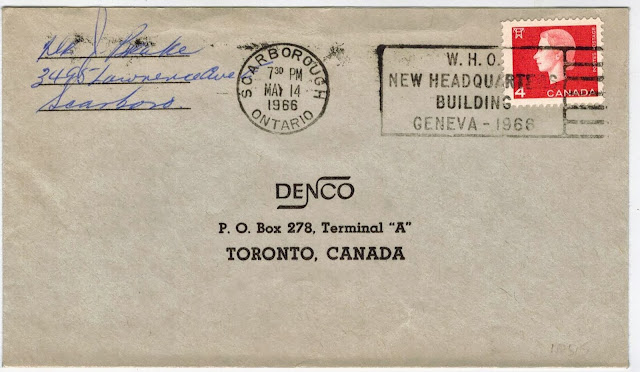 A French slogan was also in use: 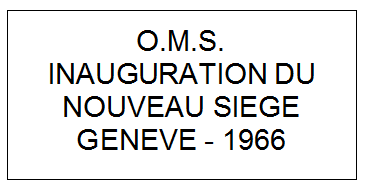 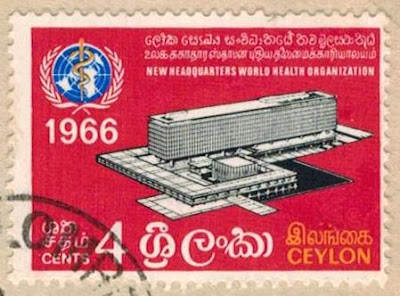 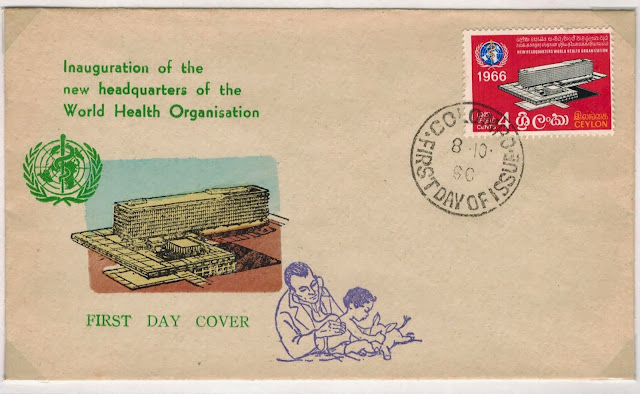 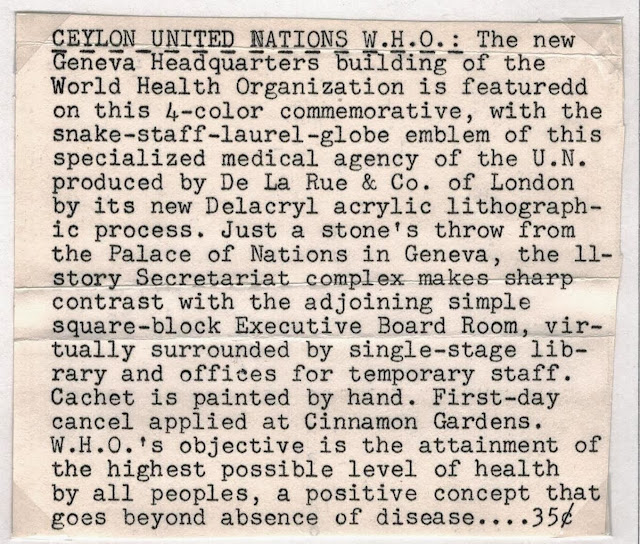 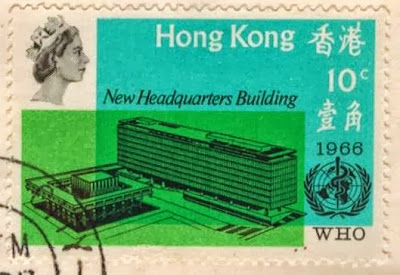 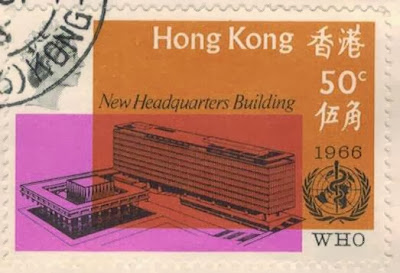 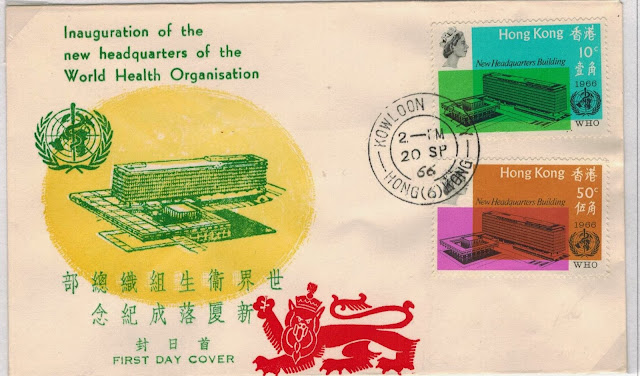 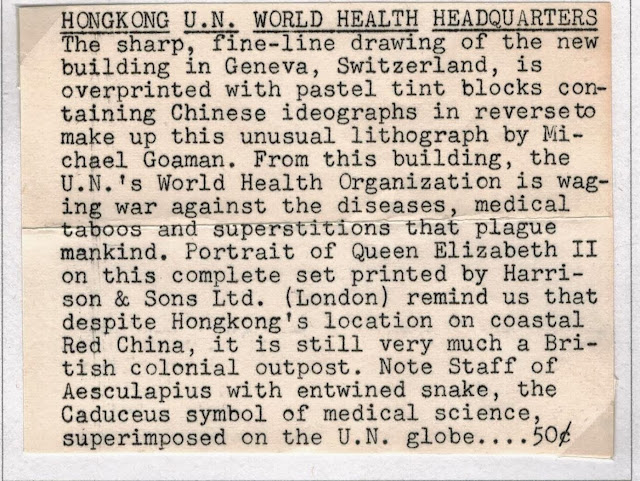 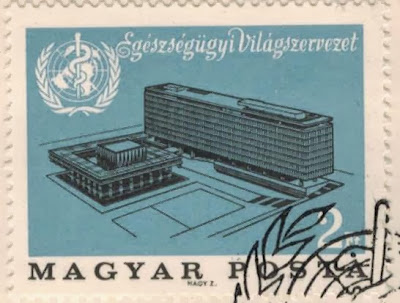 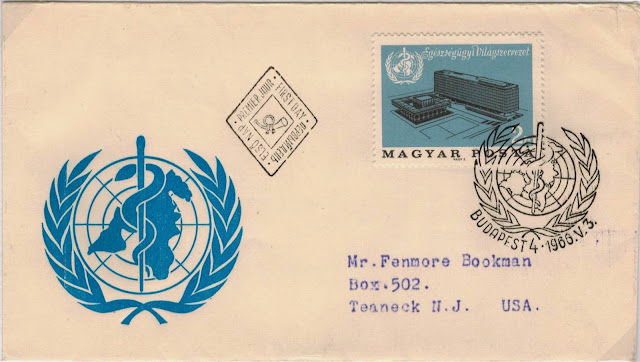 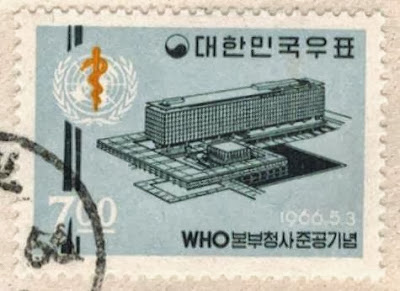 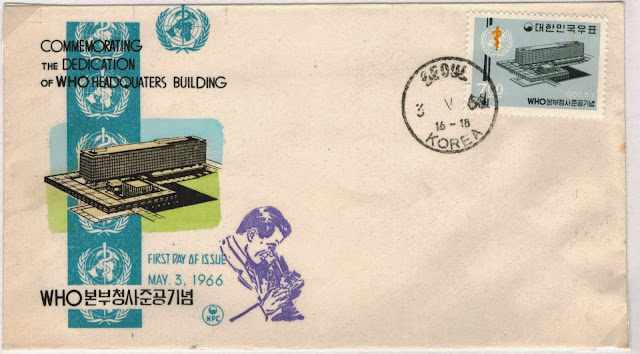 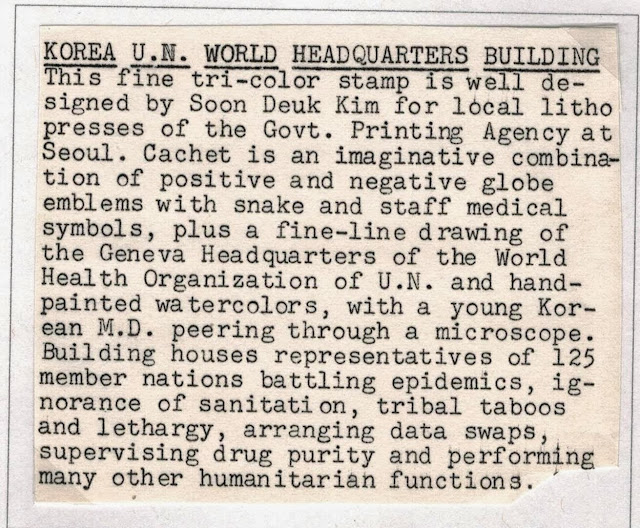 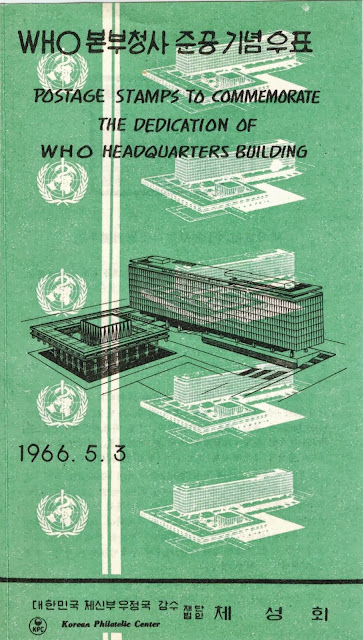 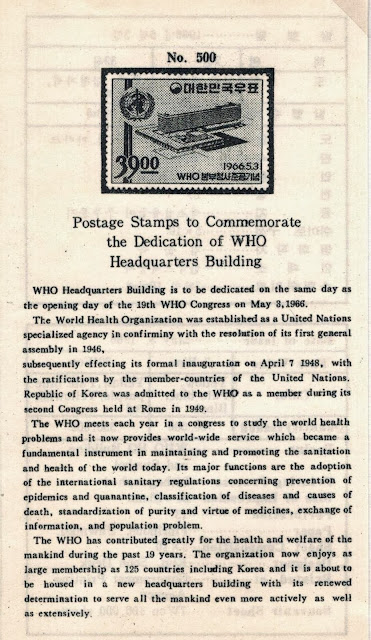 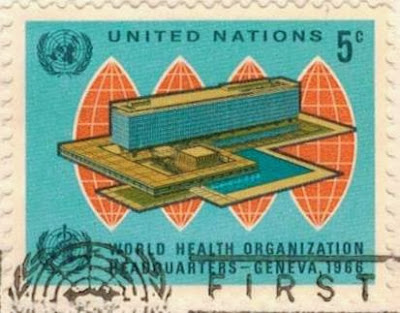 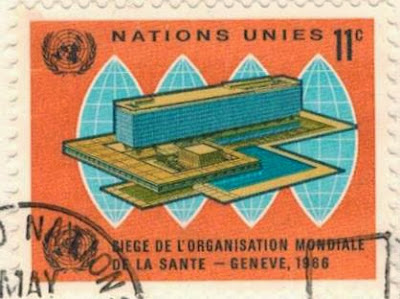 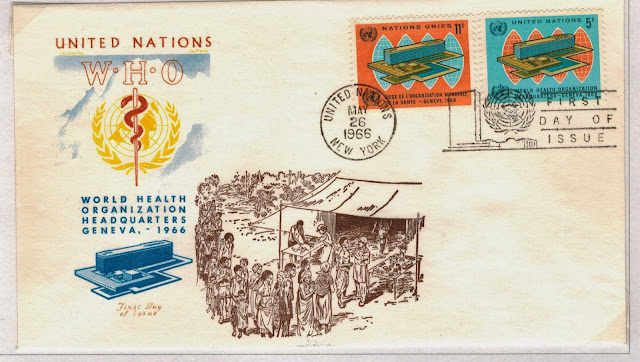 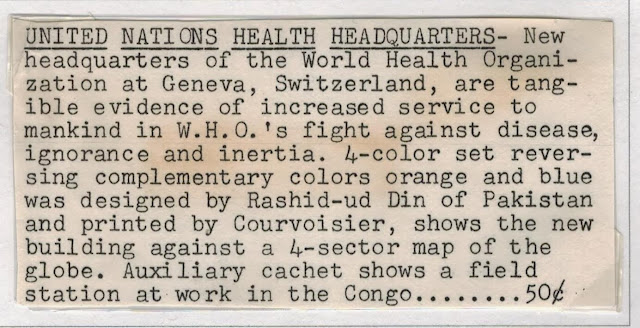 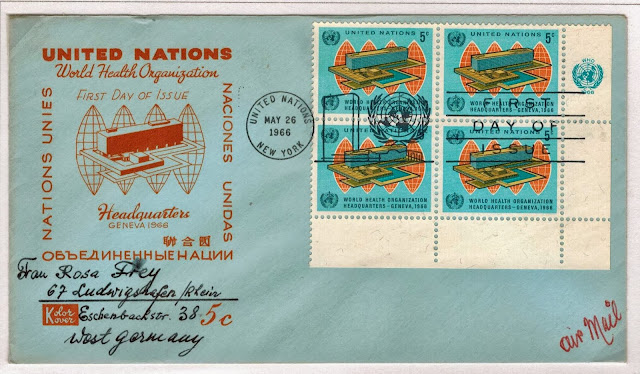 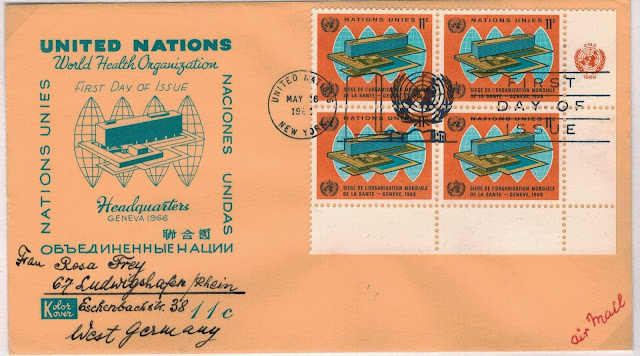 Posted by philcovex at 3:07 PM