The 45th International Congress of Pharmaceutical Sciences and of the International Pharmaceutical Federation, was  held from September 2 to 6 1985 in Montreal. To mark the occasion, Canada Post issued a stamp honouring Louis Hébert  (1575 - 1627), considered by Canadian pharmacists as the father of their profession.

The 34 cent commemorative stamp, issued on August 30, 1985, was designed by Montreal graphic designer Clermont Malenfant and printed by Asthon-Potter Limited. 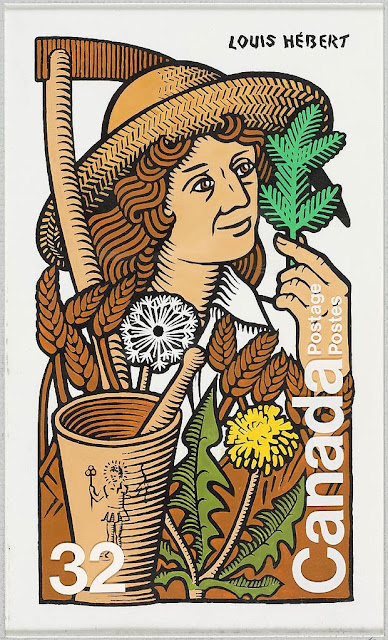 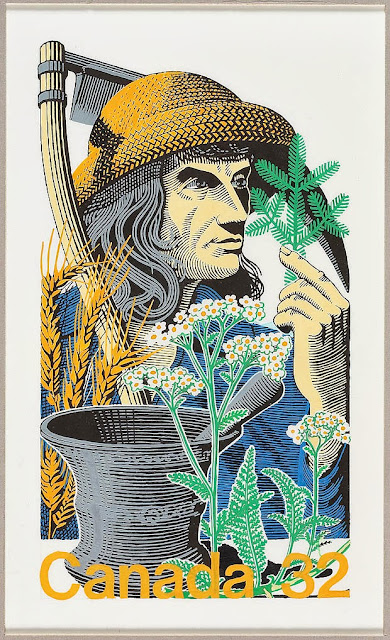 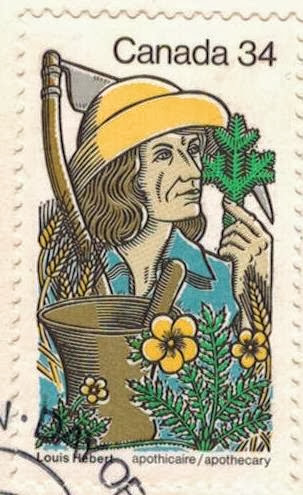 The stamp shows Louis Hébert surrounded by objects relating to his life and work in the Quebec colony. The sprig of balsam fir in his hand and the silverweed, both useful as herbal medicines, together with the mortar and pestle, symbolize his craft as an apothecary. With wheat and scythe, Hébert was able to provide the small colony with a store of food for the long winter months. 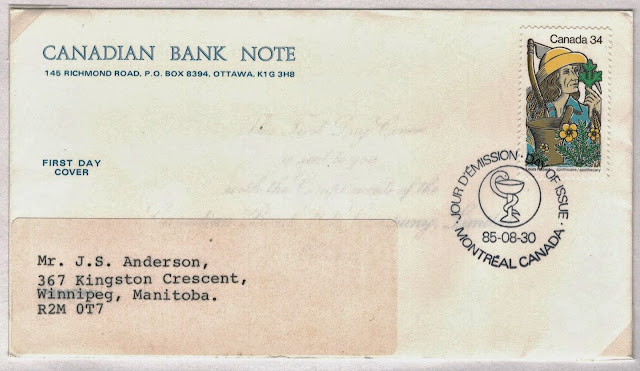 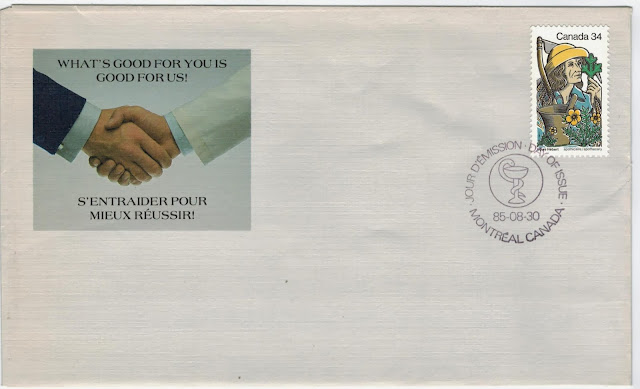 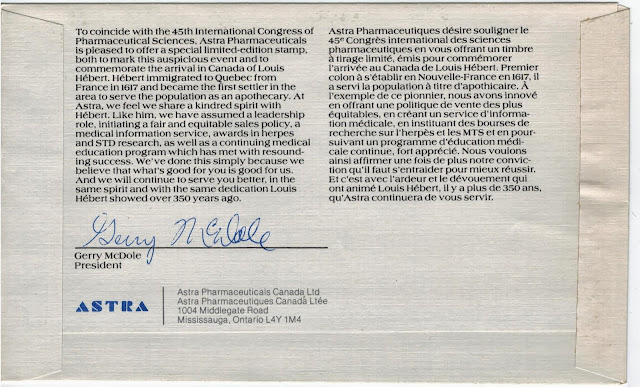 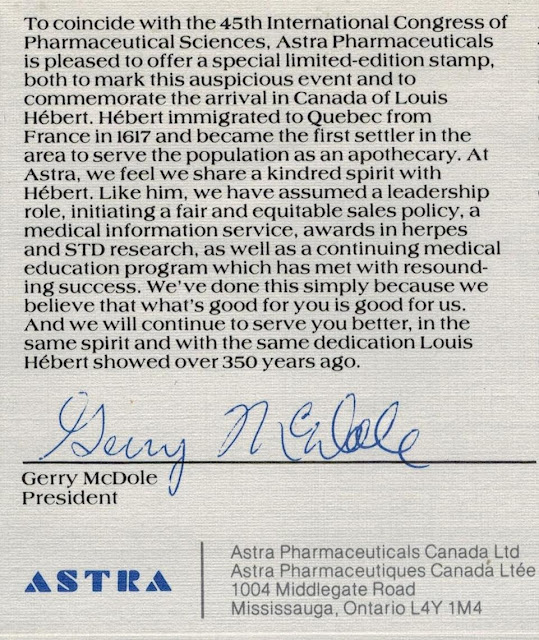 Posted by philcovex at 7:23 PM