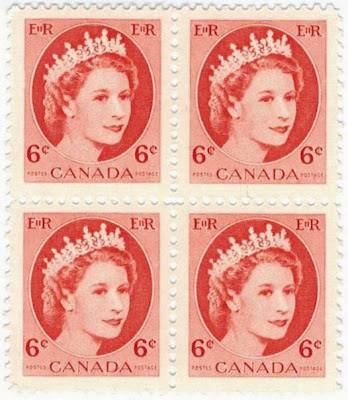 The 6 cent denomination of the Queen Elizabeth definitive based on a photograph by Dorothy Wilding was issued on June 10, 1954 along with the 1c, 2c, 3c, and 4c denominations. The 5c stamp had been issued earlier on April 1, 1954. This post features digitized production images posted on  the National Archives of Canada web site, first day covers, and examples of the 6 cent stamps on commercial mail. 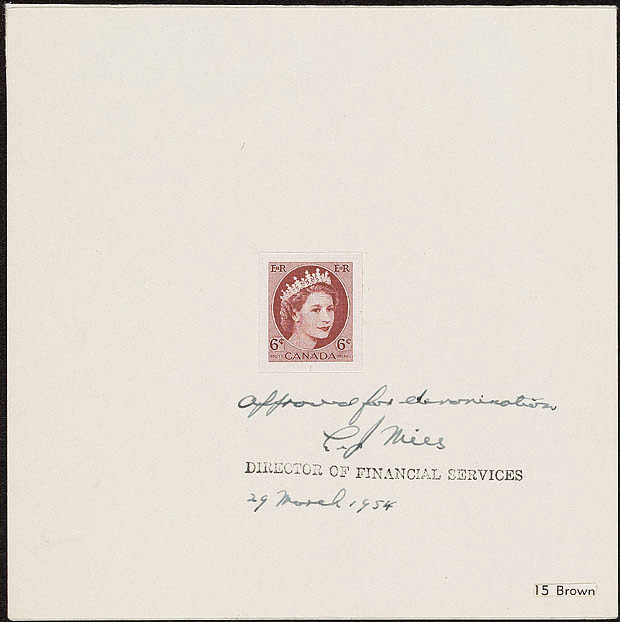 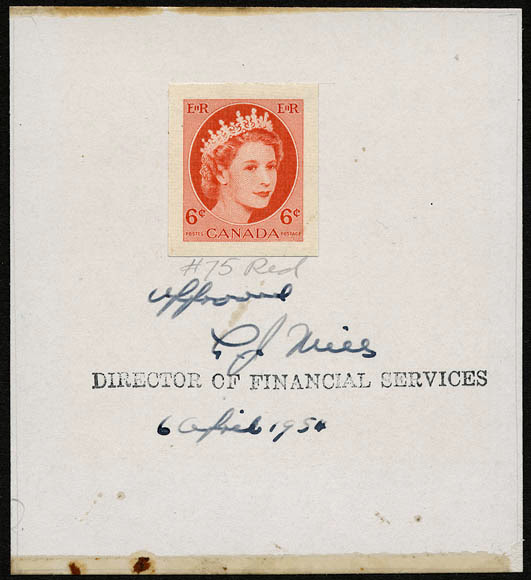 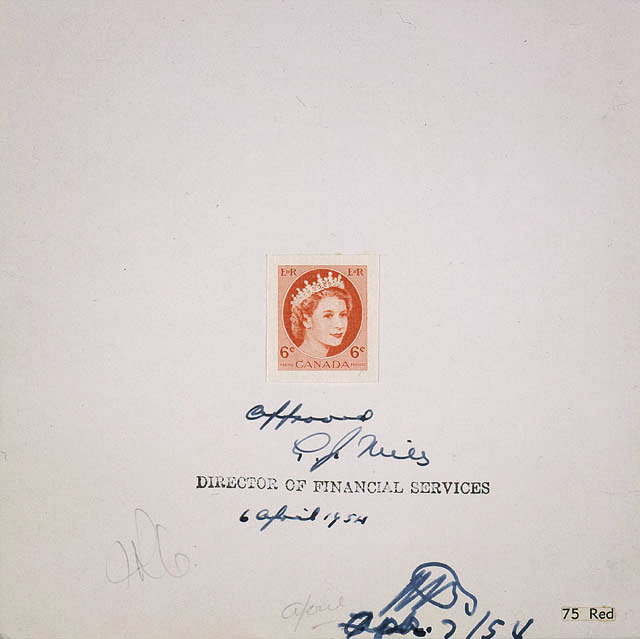 
It is interesting to note that the approved colour is "75 Red" which looks like orange. 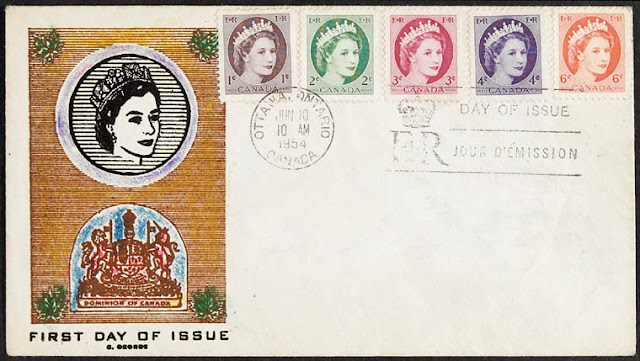 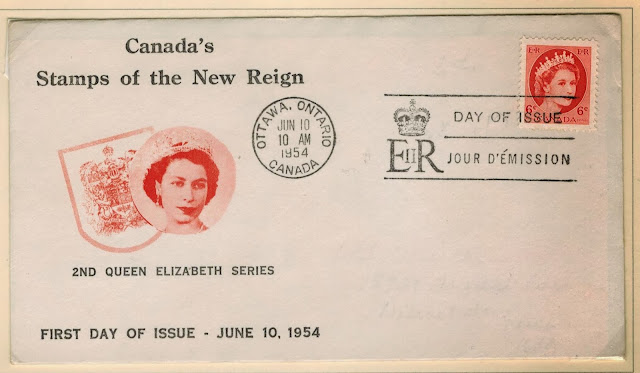 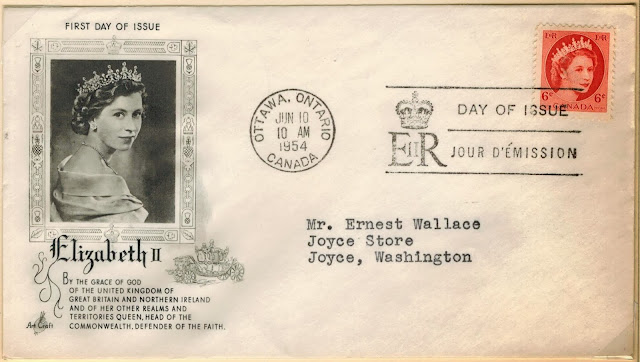 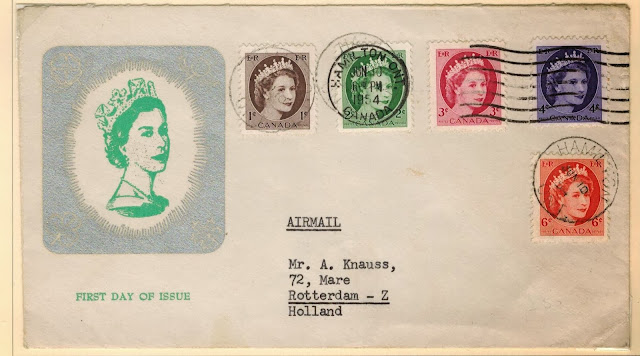 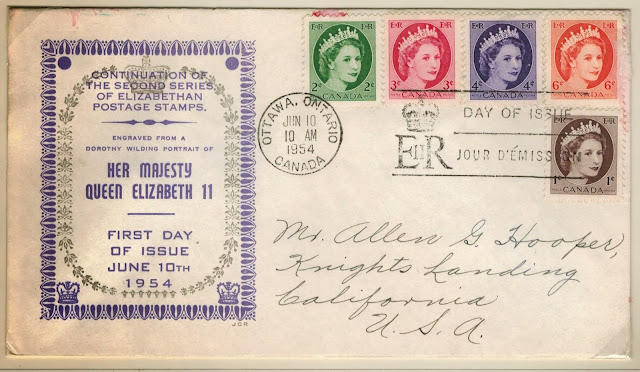 Used to Pay Postage Due 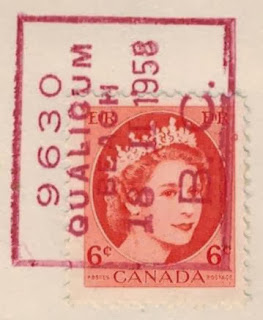 The surface letter rate to the United States was 5 cents for the first ounce and 3 cents for each additional ounce. 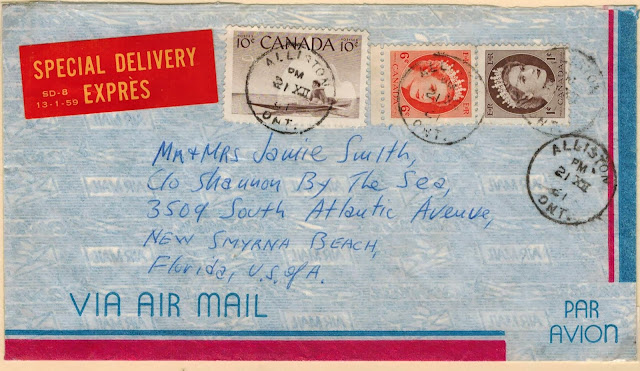 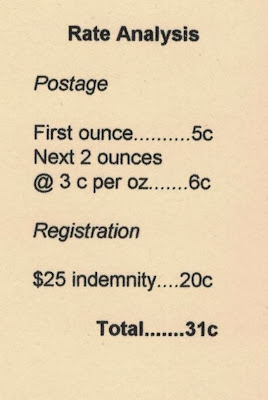 On April 1, 1954, the surface letter rate to destinations for which the UPU rate (non-preferential) applied was increased from 5 cents to 6 cents. This was the principal usage for which the 6 cent denomination was issued. 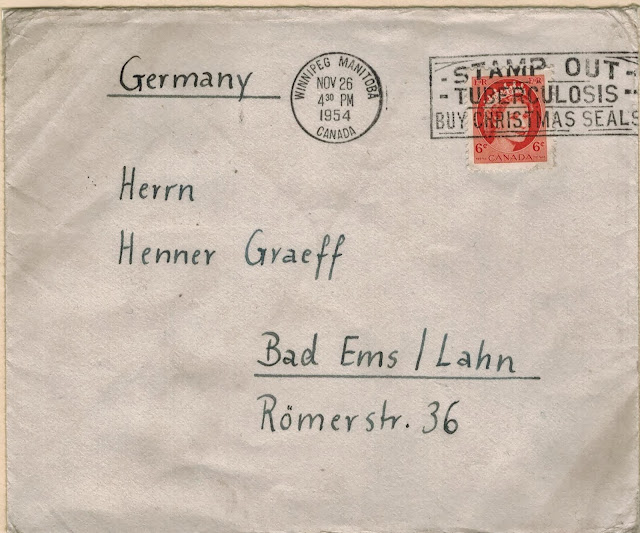 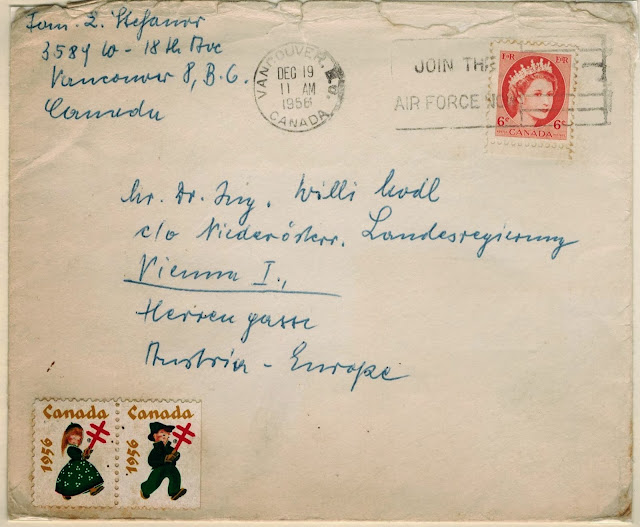 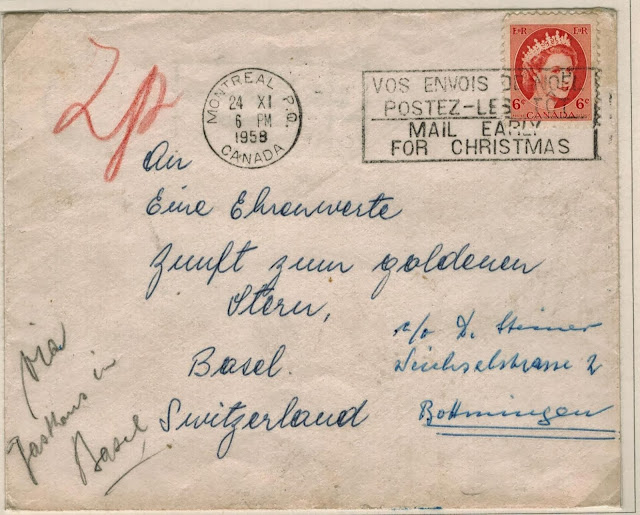 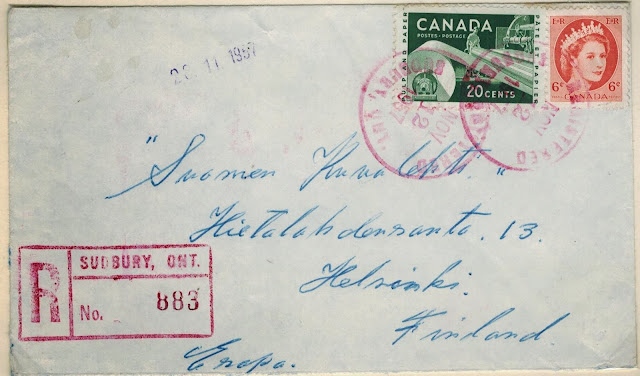 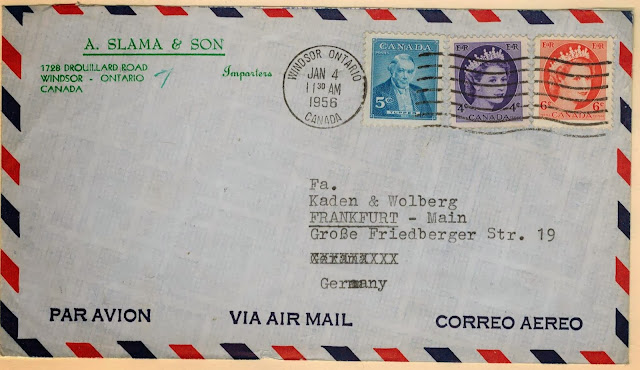 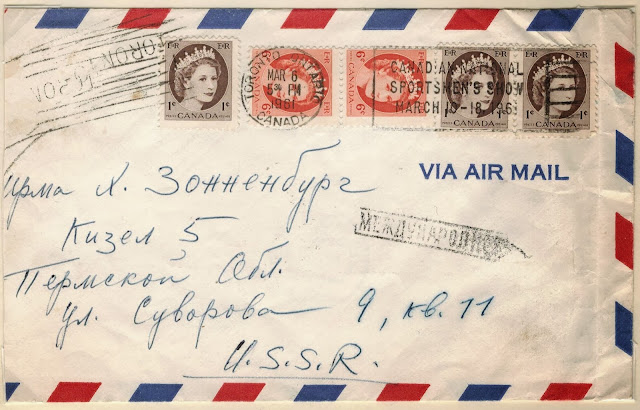 The air mail letter rate to Africa was 25 cents for each 1/2 oz. 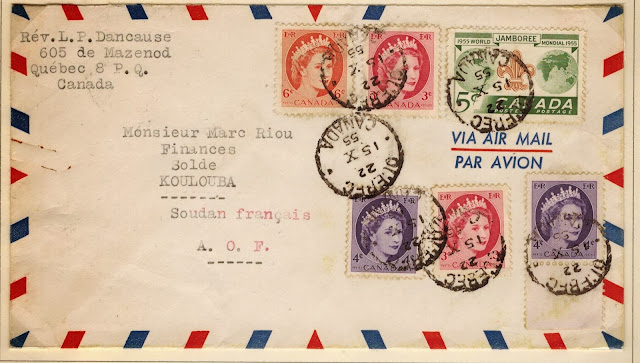