Canada's Centennial year was an opportunity for Canadians to learn about their country and their fellow citizens. One such event was the Girl Guides of Canada National Heritage Camp 1967   held at Nairn and Morrison Islands on the St. Lawrence river west of Cornwall from July 15 to 25, 1967. The cover below was mailed on July 15, 1967 from Woodlawn, Ont., to an eastern Canadian participant at the Girl Guides National Heritage Camp. 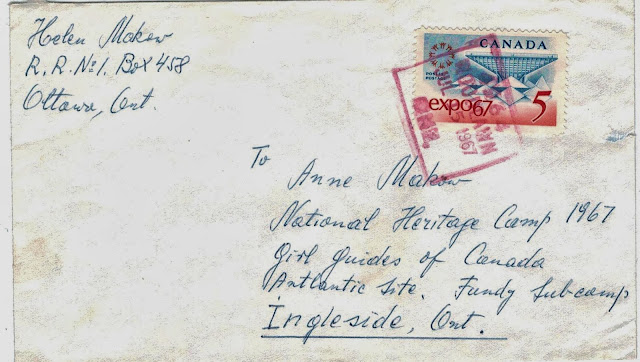 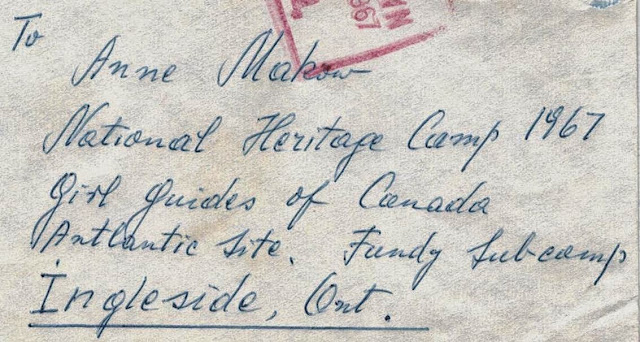 About 2000 Guides from across the country as well as guests from Great Britain, France, Denmark, Finland, Germany, Netherlands, Iceland, Ireland, Israel, Japan, Sweden, and the United States, participated in the event. In keeping with the "Heritage: theme, girls revived ancient regional crafts. such as totem-pole carving, bead work and burlap painting, wool weaving, soap carving  and quilting. Highlights of 100 years of Confederation were showcased in a pageant called "Canada Tree". 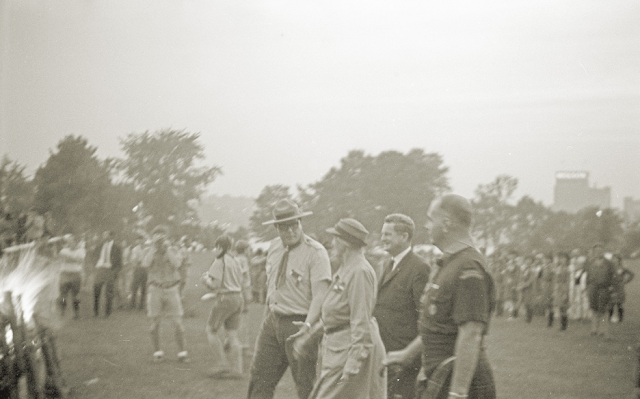 Posted by philcovex at 6:03 PM