The British Empire Games (now the Commonwealth Games) were first held in Hamilton, Ontario in 1930 and have taken place every four years since, except for 1942 and 1946. The 1954 event was held in Vancouver with a new name, the "British Empire and Commonwealth Games". The games ran from  July 30 to August 7,  1954, and  were attended by 24 nations and 662 competitors.

The highlight of the 1954 Games was the one mile race which featured English runner Roger Bannister and Australian John Landy the only sub-four-minute milers in history at that time. The race dubbed the "Miracle Mile" was broadcast live to an estimated 40 million viewers across North America through a joint CBC-NBC special network. This description from the Observer explains why the race was so memorable:


Landy led by eight yards at one stage but as he turned into the home straight the roar of the crowd prevented him from hearing his pursuer, and he peeked over his left shoulder to find Bannister. But Bannister launched his attack and swept past Landy on his right shoulder to go onto victory. Both runners broke four minutes, the first time it had happened in the same race. 'The last lap was one of most intense and exciting moments of my life,' Bannister wrote later in his autobiography. 'Landy had shown me what a race could really be at its greatest.' 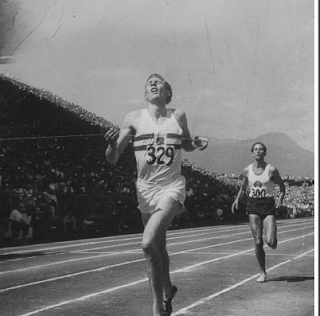 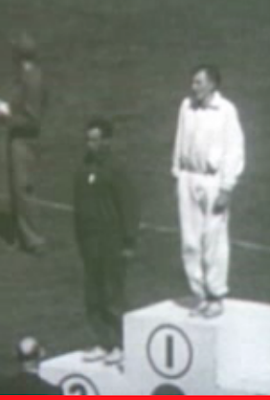 Landy and Bannister on the podium following the "Miracle Mile"

In 1954, Canada Post Office's stamp issuing policy was conservative and issuing a commemorative  stamp for the  Vancouver Games would have been unthinkable; however, several post offices across the country were provided with a slogan cancellation publicizing the event. 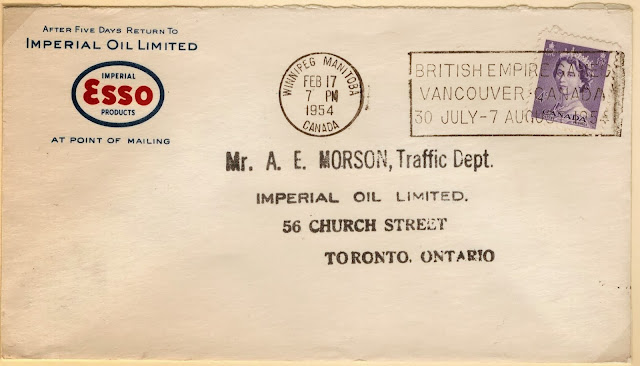 The cover below was mailed form the British Empire and Commonwealth Games organization to the Manchester, England newspaper Evening Chronicle on July 9, 1953, one year before the opening of the Games.

The cover below was sent by Meiring to his parents from "Empire Village" on August 5, 1954, two days before the closing of the games 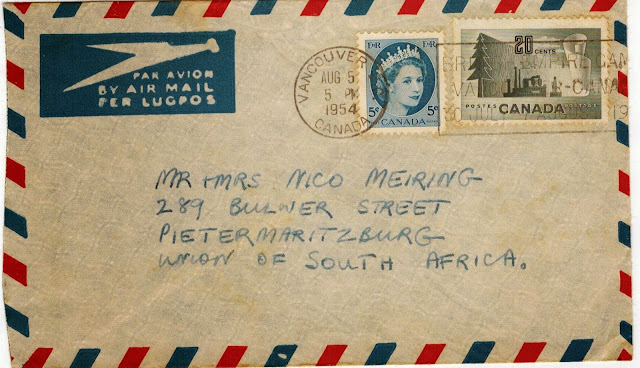 The race can be seen here. 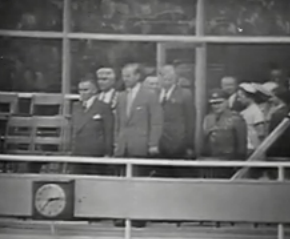 Prince Philip looking down at the swimmers in the pool.. 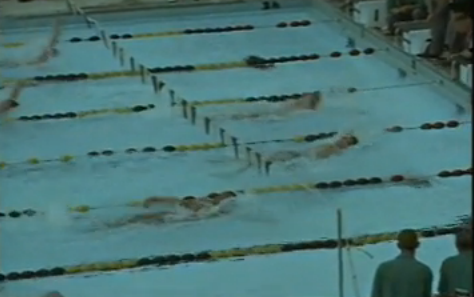