On the night in April 21/22 1944, Canadian R.C.A.F. pilot  Hugh Thomas was forced to bail out of his 218 Squadron Stirling bomber near Laon , northern France.  With the assistance of the French underground he was able to make his way to Spain and eventually back to Britain. The remarkable story of his escape has been posted on the  Canadian Aviation Historical Society  (Regina Chapter) web site. Thomas was one of over 2, 800 aircrew shot down during WWII  who either escaped from captivity or evaded capture.

Thomas remained in the military after the war ending his career at the RCAF's European headquarters in Paris in 1953. He was also a founding member of the Royal Air Forces Escaping Society, a UK-based charitable organization formed in 1946 to provide help to those in the former occupied countries in  World War II who put their lives at risk to assist and save members of the "Royal Air Forces" (Air Forces of the British Commonwealth) who were attempting to escape and evade capture. Until it was disbanded in 1995, the society helped the widows, dependents and orphans of those who died and those requiring medical treatment or otherwise in need. It also fostered continued friendship between escapers and evaders and their helpers.

The cover below was mailed by Hugh Thomas to the R.A.F. Escaping Society when he was serving at the R.C.A.F. station, Summerside, P.E.I. 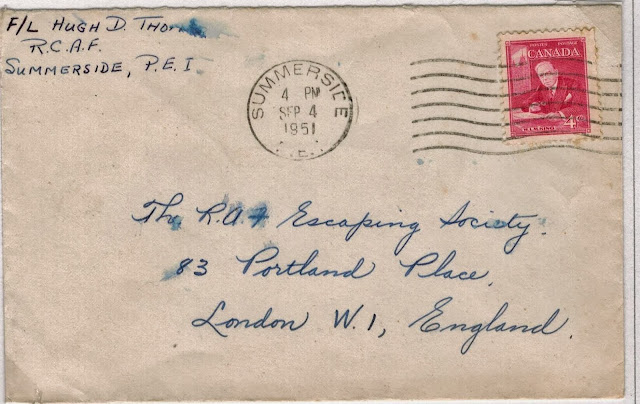 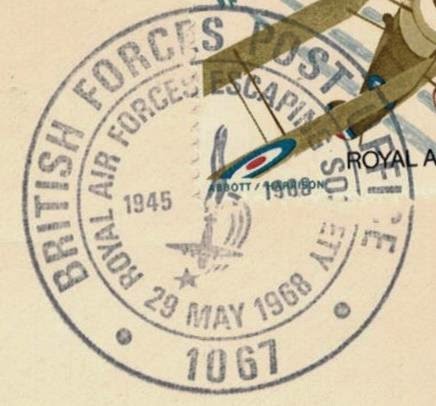 A Royal Air Forces Escaping Society commemorative cover was issued on May 29, 1969 to raise funds for the organization. 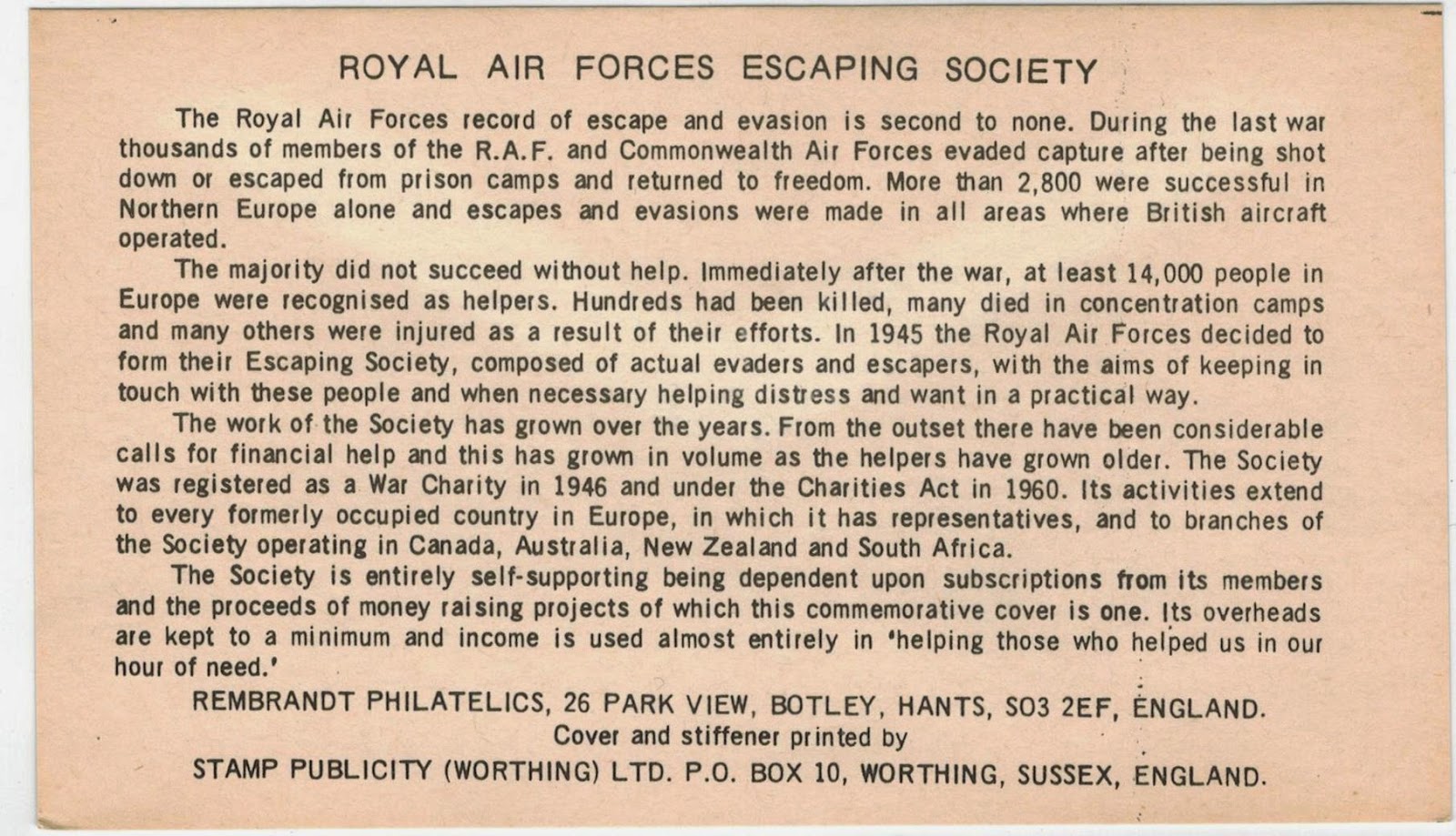 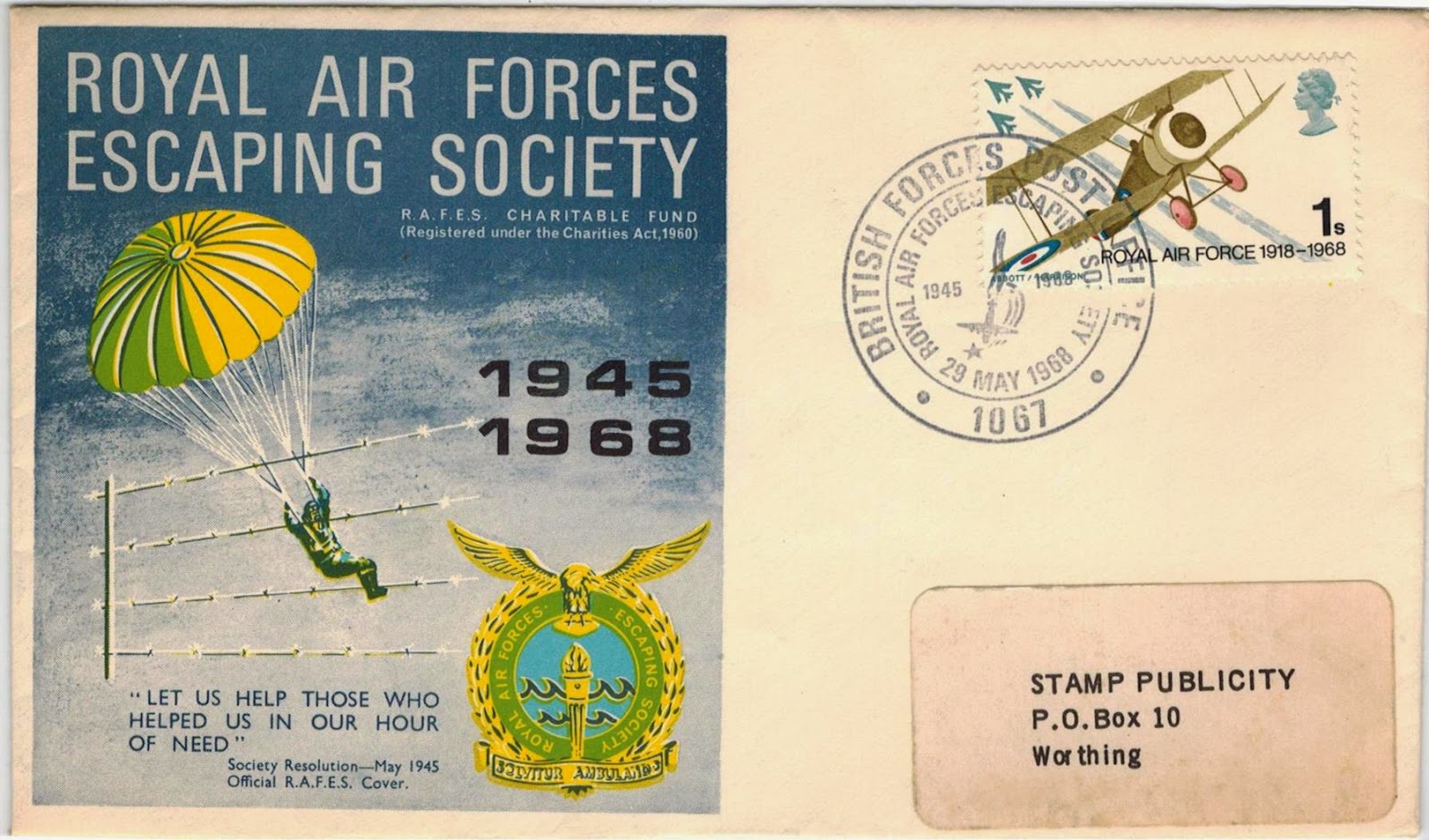 Posted by philcovex at 7:06 PM