The World Health Organization initiated a global stamp campaign to emphasize the importance of malaria eradication efforts undertaken by governments and organizations. Over one hundred and forty countries co-operated during 1962 and 1963 with the release of "The World United Against Malaria" postage stamps, souvenir sheets, and slogan cancellations.

(Larry Fillion, a passionate collector of malaria stamps,  has created a monumental website dedicated to the topic.)

This post looks at Canada's contribution to the philatelic campaign and those of countries for which the author has a fondness.


THE WORLD
UNITED
AGAINST MALARIA
THROUGH W.H.O. 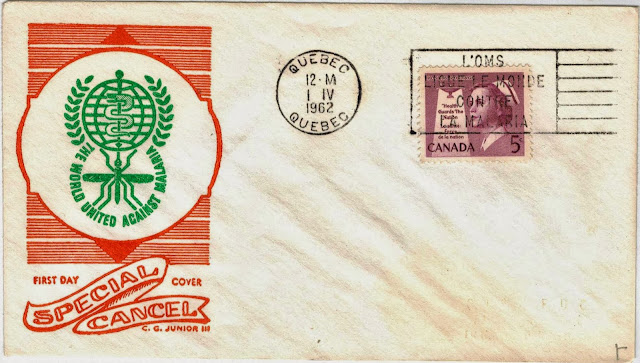 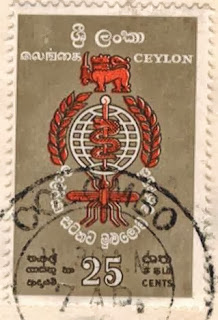 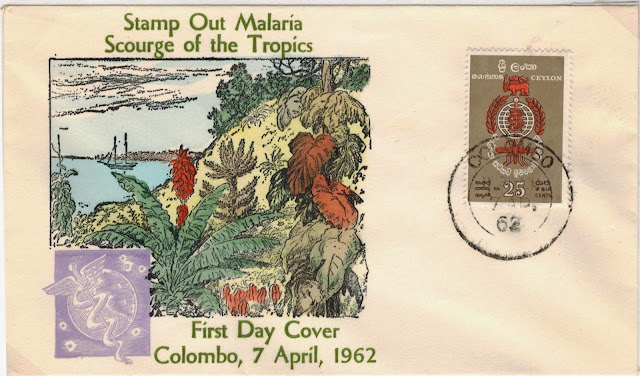 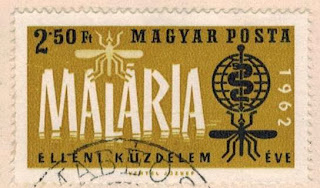 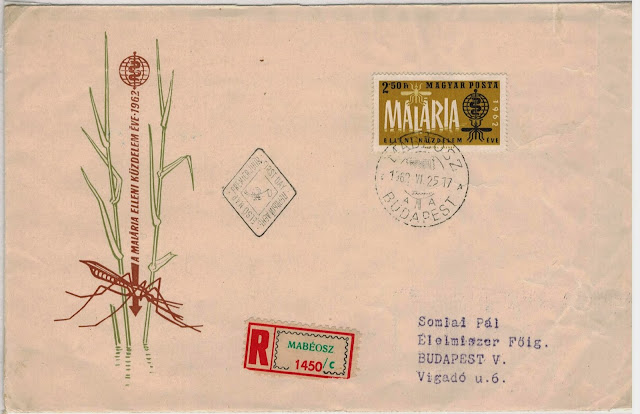 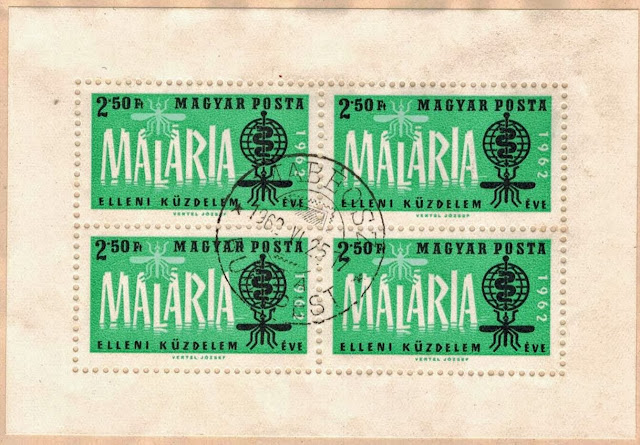 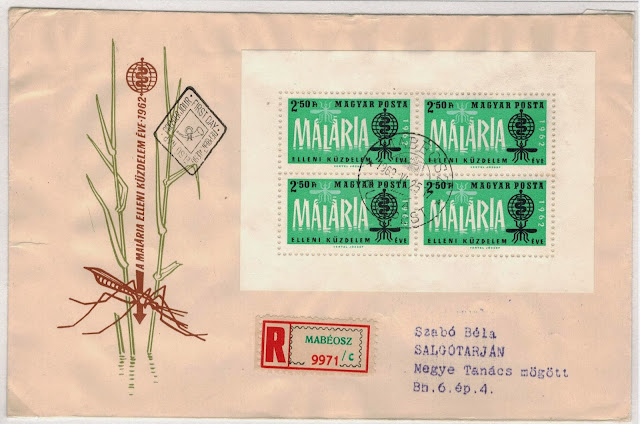 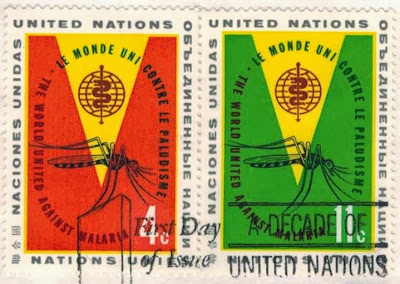 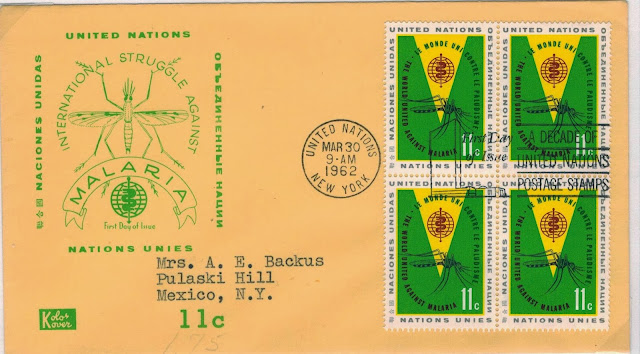 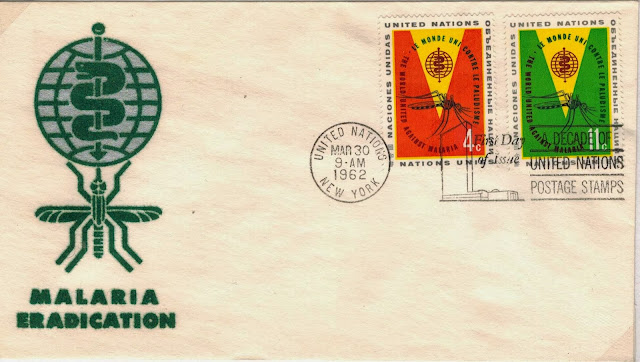 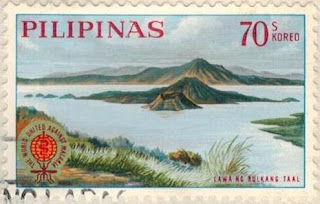 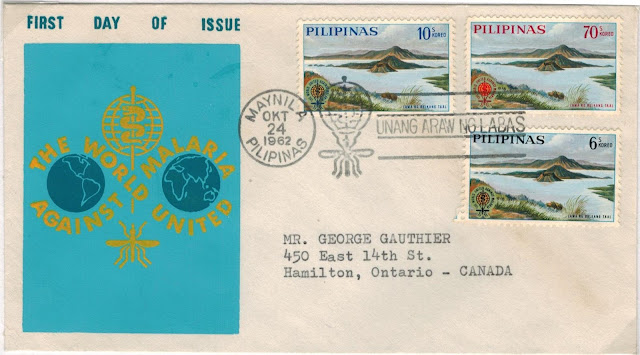 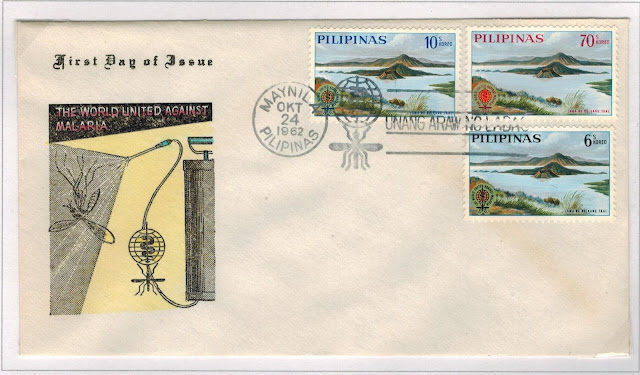 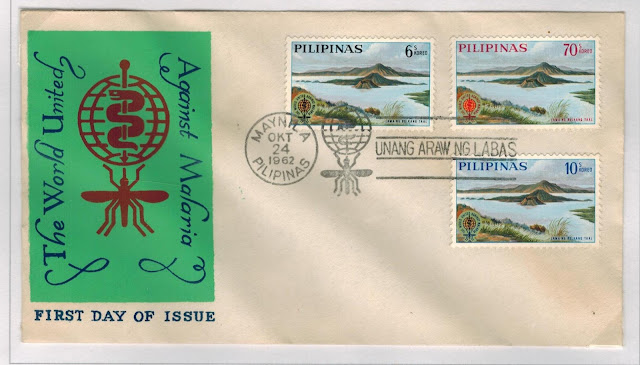 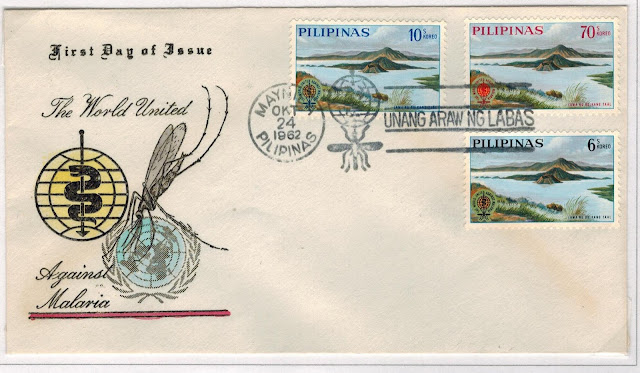 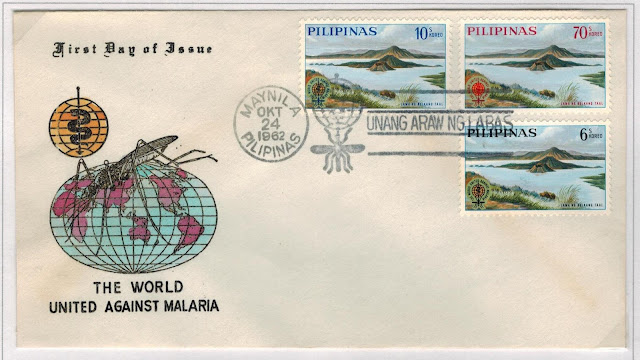 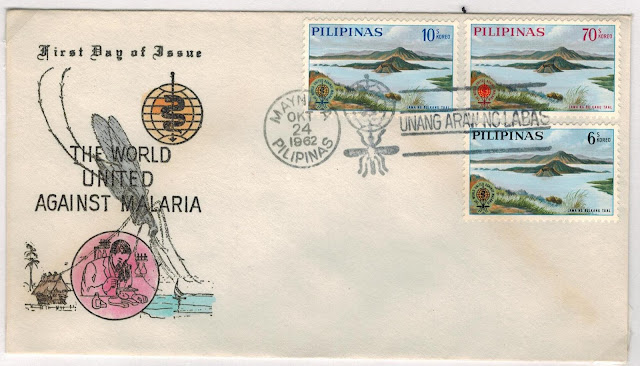 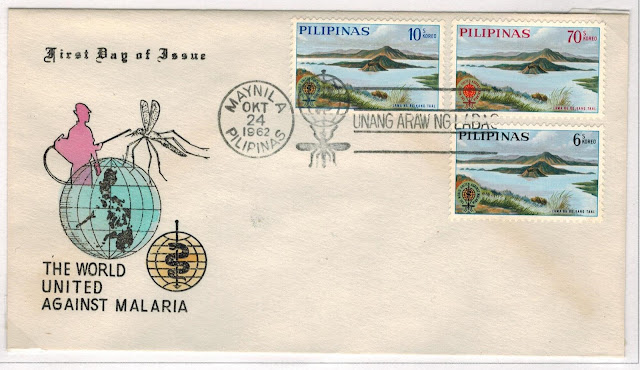 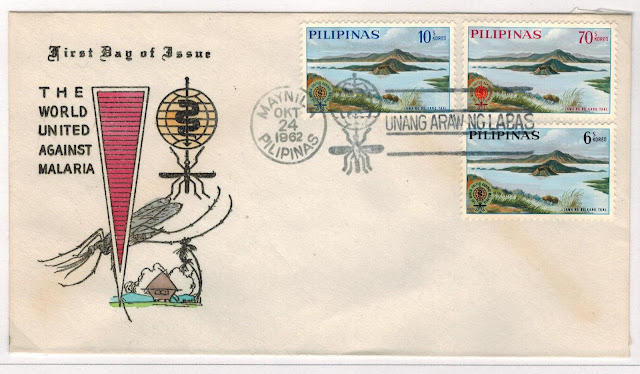 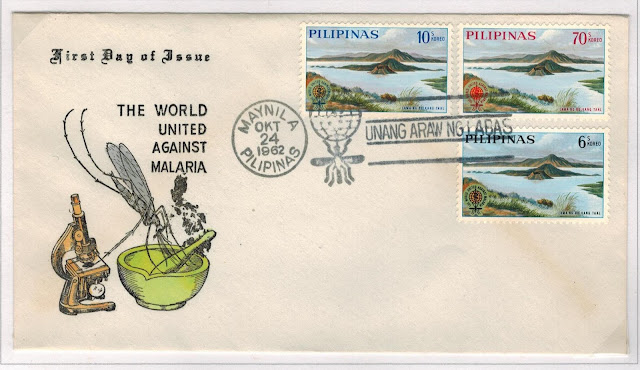 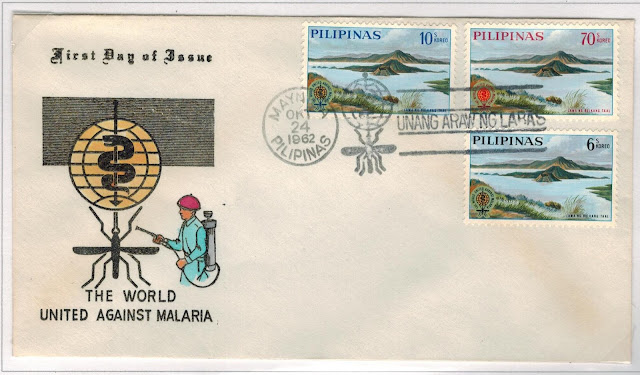 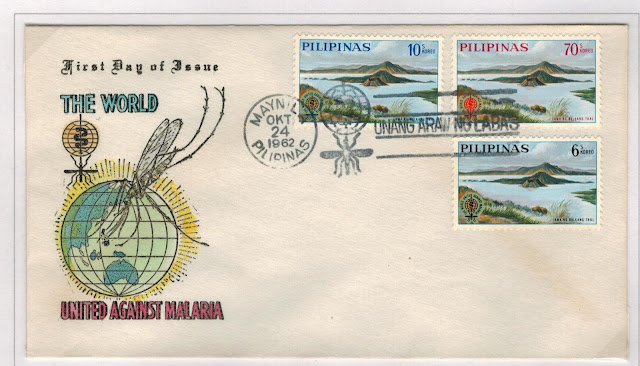 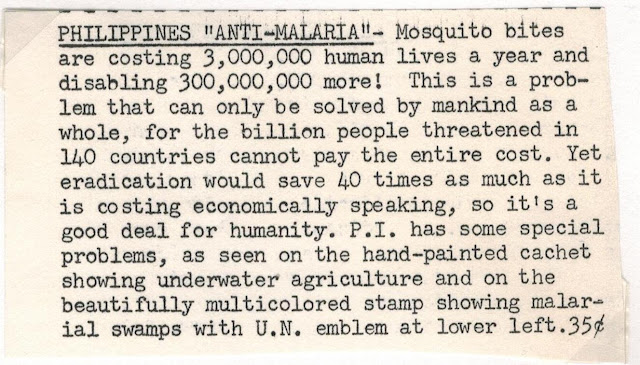 Posted by philcovex at 6:06 PM