In 1986, the Ontario legislature unanimously adopted the French Language Services Act (Bill 8), an act which guaranteed an individual's right to receive services in French from Government of Ontario ministries and agencies in designated areas across the province with significant numbers of Franco-Ontarian residents. The law officially came into effect on November 19, 1989, and today, provincial government services are offered in French in 25 designated areas.

Opposition to the French Language Services Act came from an anti-bilingualism group which campaigned to have Ontario municipalities declare themselves English-only, in response to the Act. The cover below is a stark reminder of that period in our recent history: 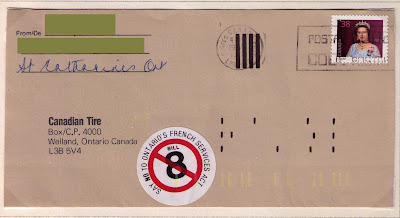 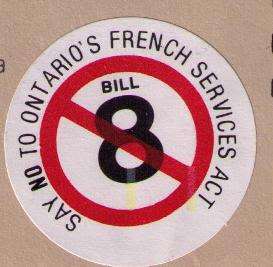