In 1972, Canada Post Office inaugurated its Canadian "Indians" stamp series with the release of four stamps illustrating the Plains Indians. The stamp were issued in se-tenant pairs in two installments, July and October. The Indians series continued annually featuring a different group each year until its completion in 1976.

The first two stamps in the series included a print, "Buffalo Chase", by George Catlin, an American artist who wandered widely in North America, and a photograph of Plains Indians' artifacts.

October 4, 1972 release
The stamps issued in October featured a thunderbird, the graphic symbol of divinity, and "The Fancy Dancer", the artwork of Gerald Tailfeathers of the Kainai Nation, illustrating the ceremonial costume worn during the Sun Dance. 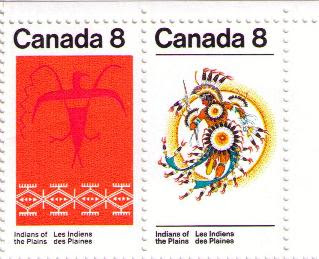 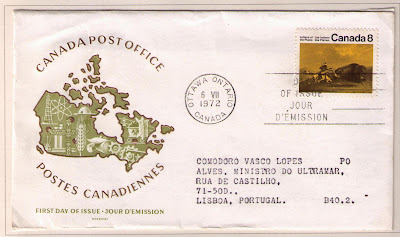 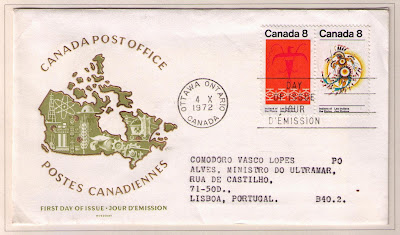 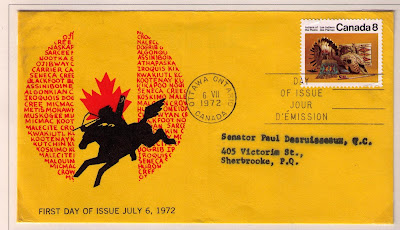 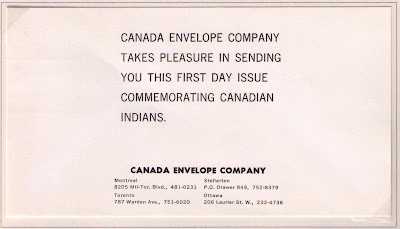 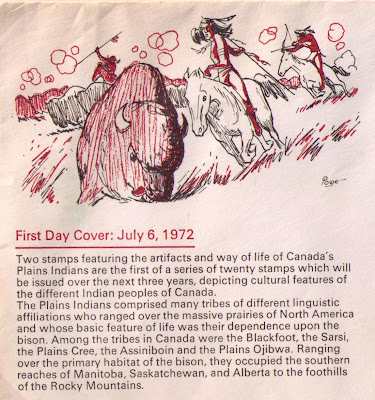 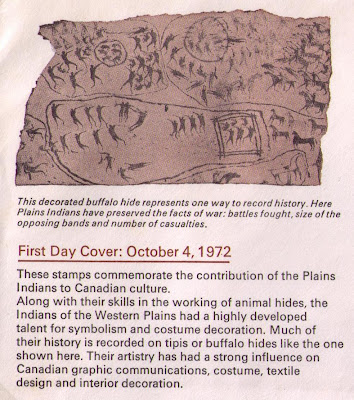 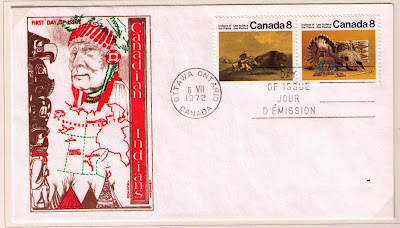 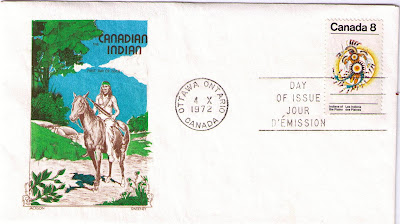 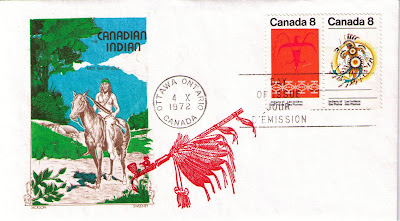 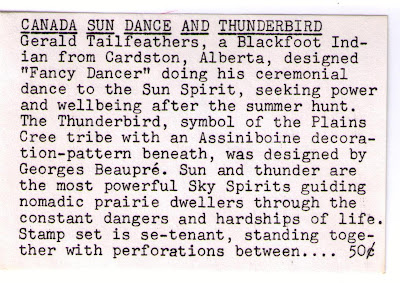 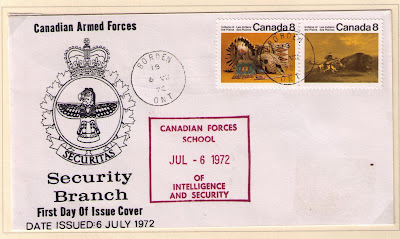 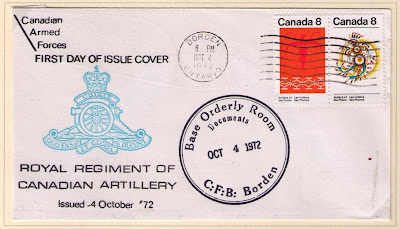 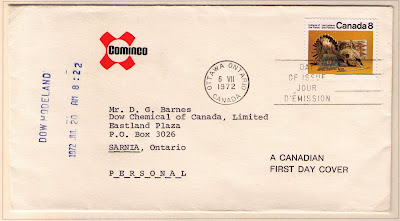 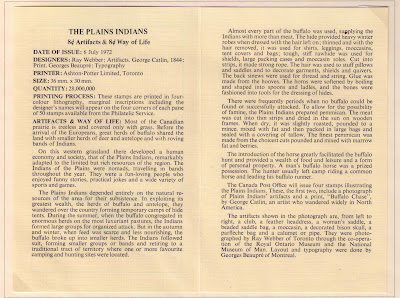 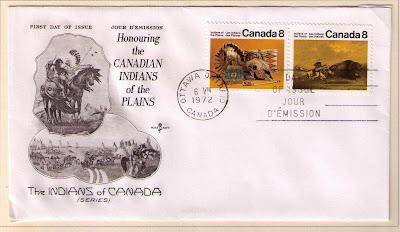 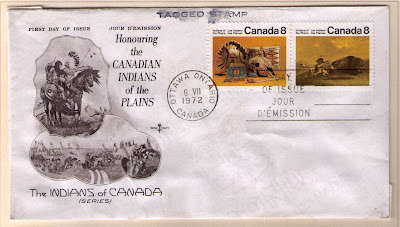 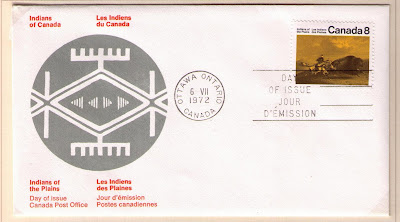 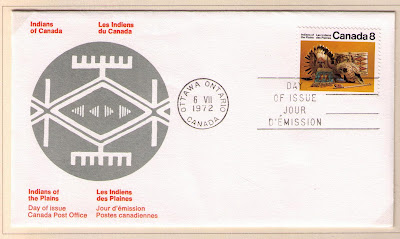 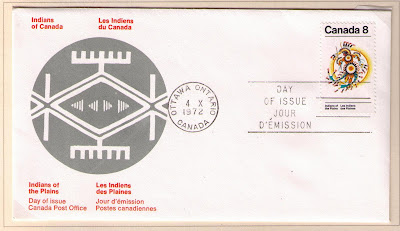 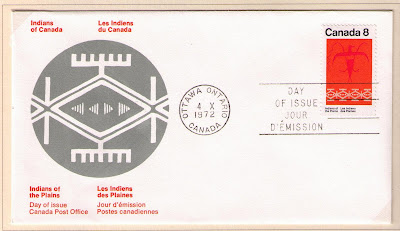 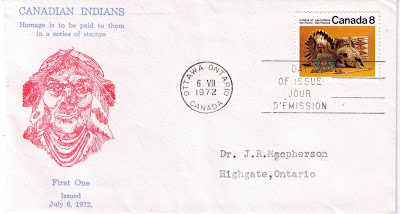 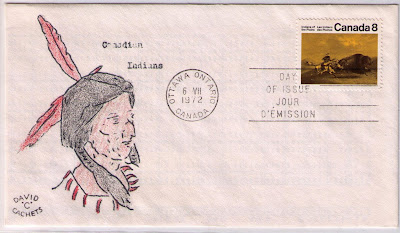 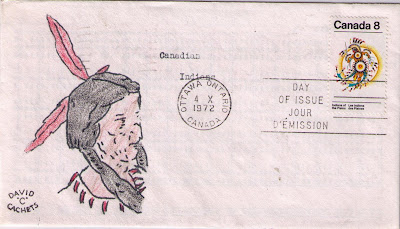 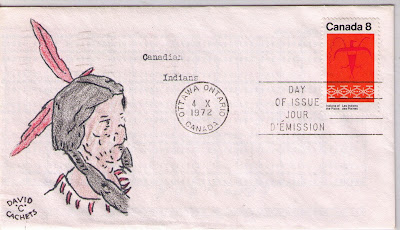 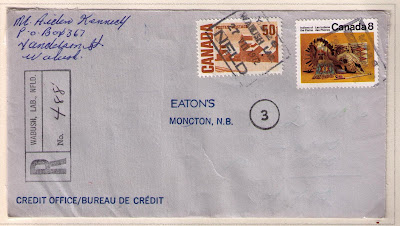 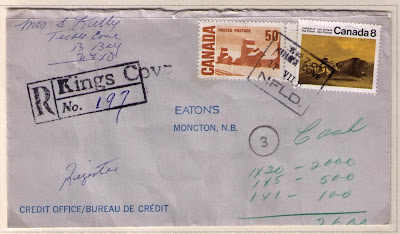