[This is the third in a series of articles dealing with postal strikes in Canada. The 1968 strike post can be found here. Strikes from 1974 to 1981 are found here.]

Mailed from Florida to Ottawa, November 28, 1997and returned. Instructional handstamp explains why the letter was returned:

Your mail was returned due to the
Canada Post Strike. Your local post office
will refund your postage (PS Form 3533). If
you wish to resend and it's urgent send
item via Express Mail or Global Package Link.

David Tingley, President of the Canadian Union of Postal Workers responded to the back-to-work legislation by inviting the public to mail letters without stamps, promising that postal workers would go ahead and process mail through December. "The public has been inconvenienced by this strike", he said. "This is just a repayment to the public for their patience."

I prepared covers shortly after the strike and mailed them without stamps as Mr. Tingley had suggested. The Optical Code Reader (OCR) read the typed postal code (removed for anonymity) and marked the bottom of the envelope with pink bars representing my postal code: 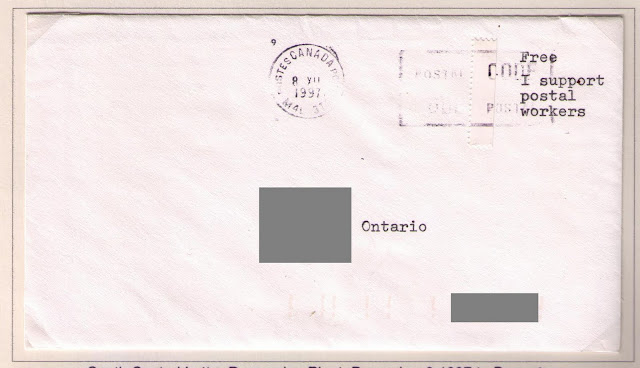 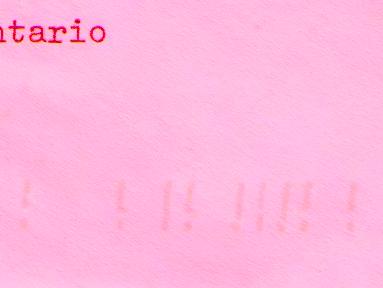 
My second letter was cancelled on the back side of the envelope: 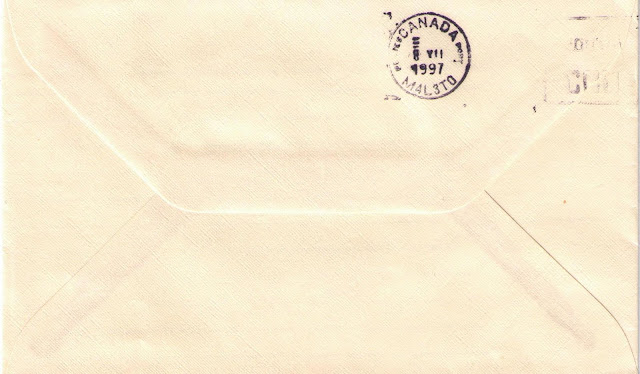 Optical scanning bars dated December 8 were sprayed on opposite side: 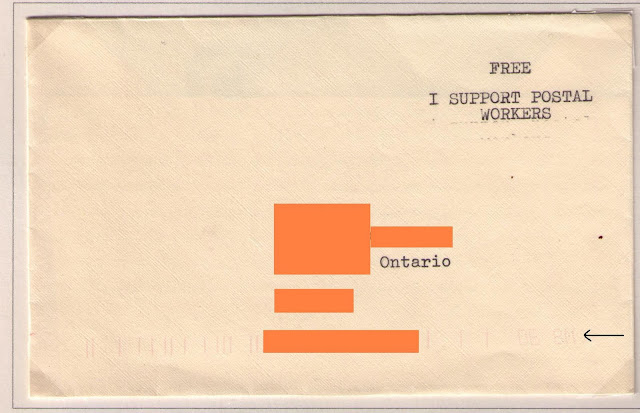 Arrow points to the line of fluorescent scanning bars. Click on letter for a magnified view.

The letters were delivered promptly without additional markings.
Posted by philcovex at 6:42 AM