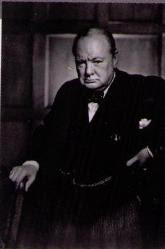 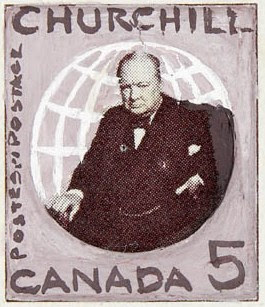 The Canadian Bank Note Co. printed the Churchill commemorative by duo-tone lithography rather than the customary engraving method. 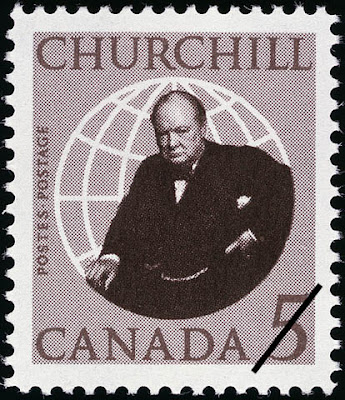 A BABN engraving of the Churchill stamp in the Canadian Postal Archives shown below raises a number of questions. Why was the engraving produced and why was it produced by the BABN? 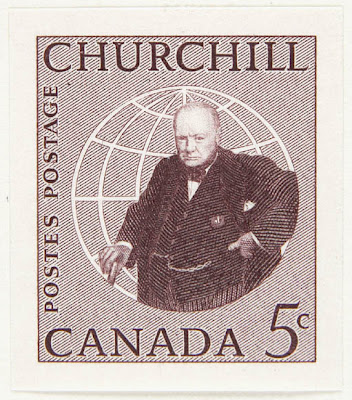 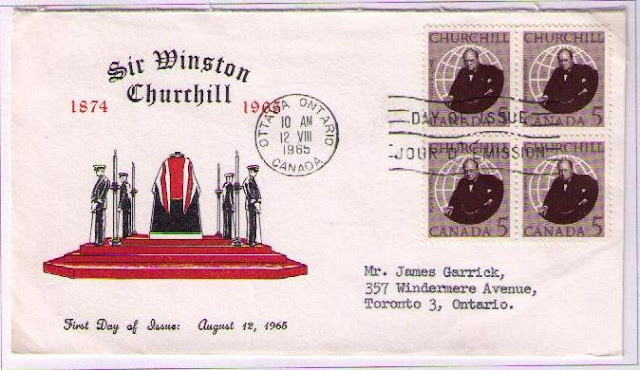 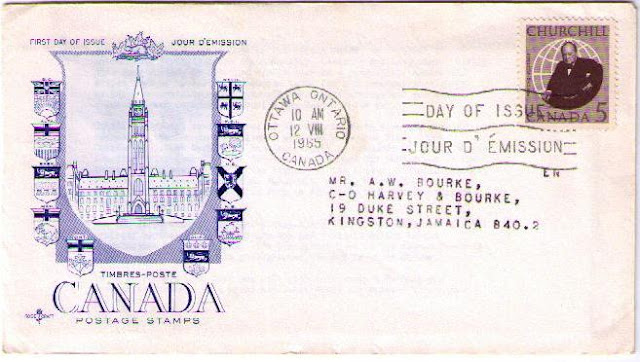 Canadian Post Office first day cover. The CPO used "Rosecraft" envelopes to announce the release of the Churchill stamp. This announcement was mailed to Jamaica. 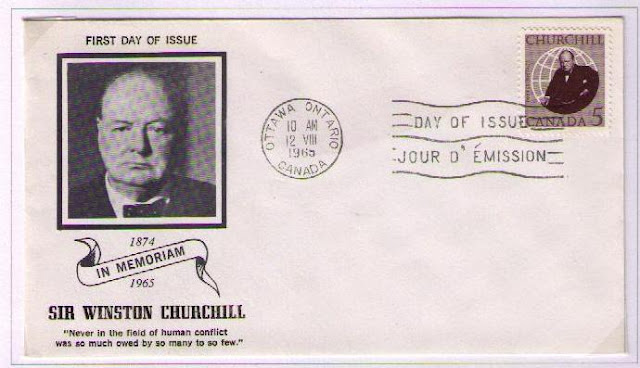 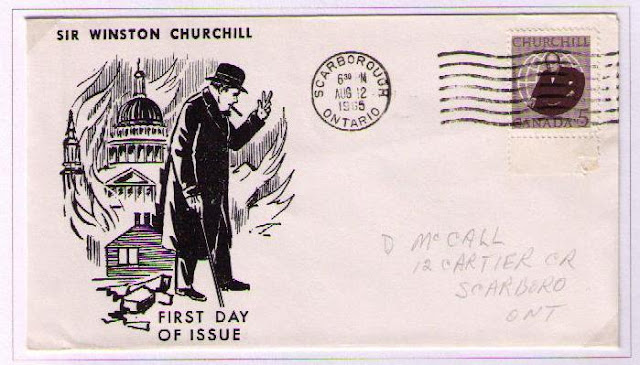 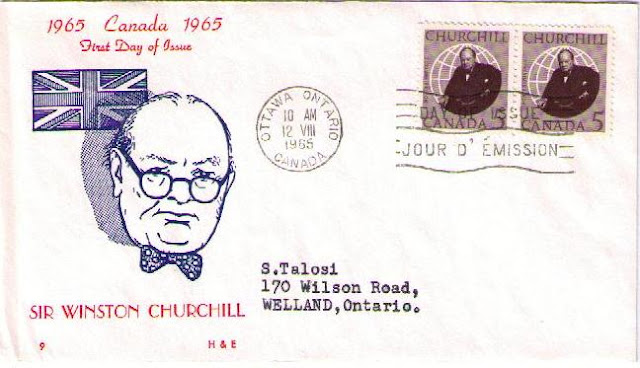 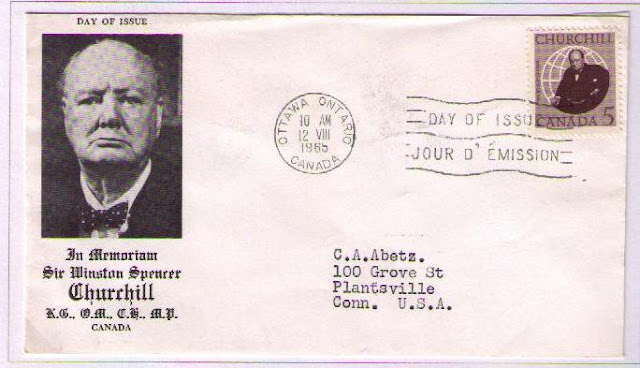 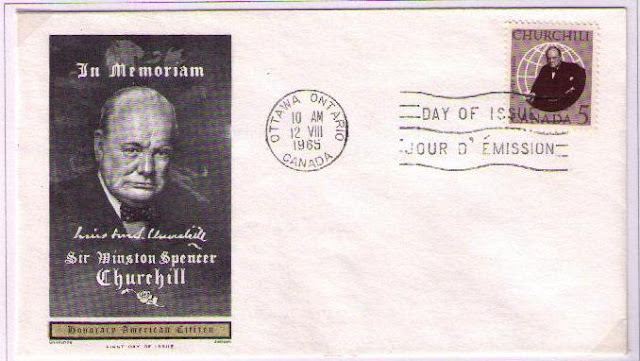 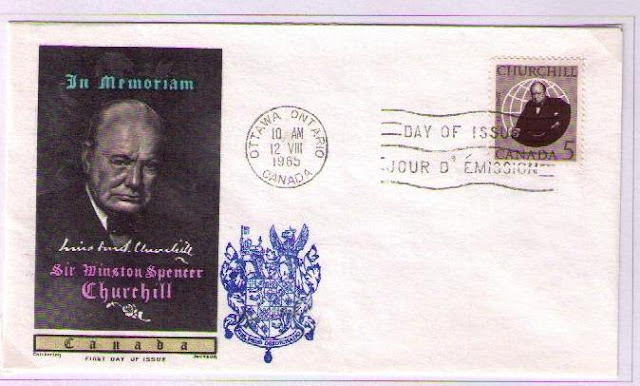 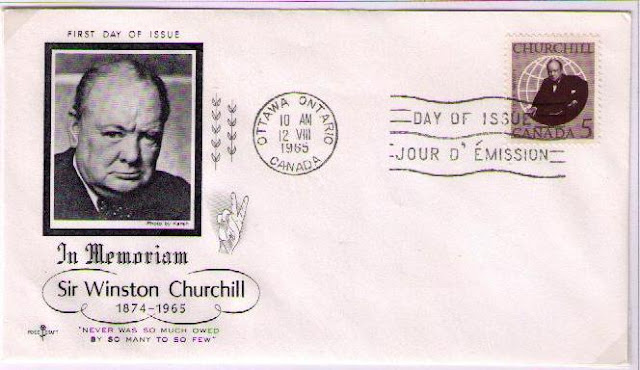 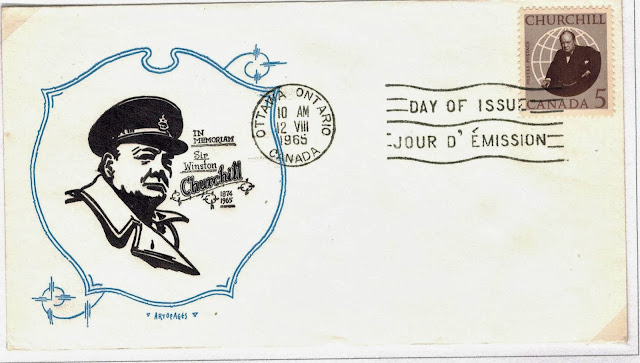 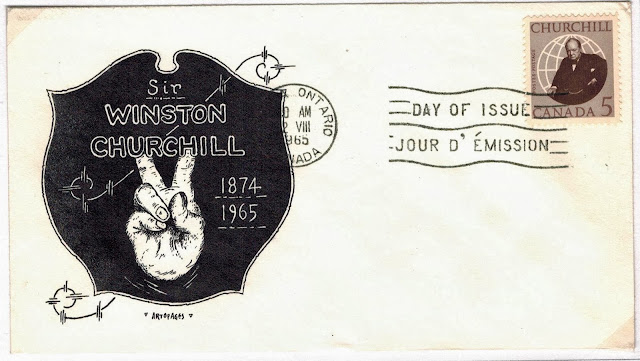 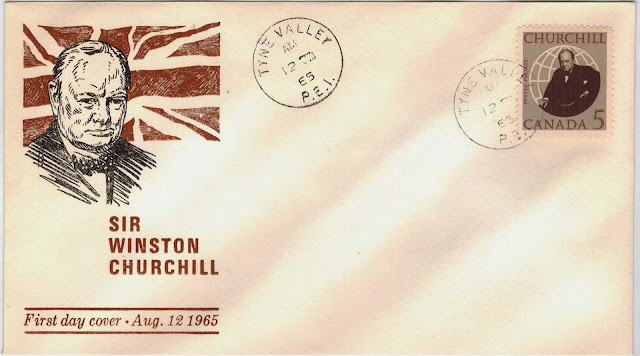 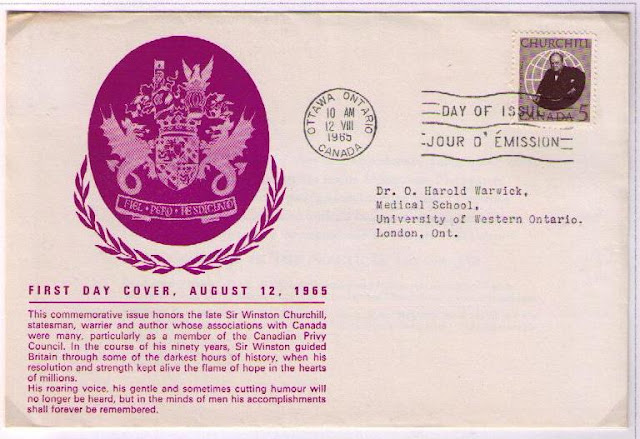 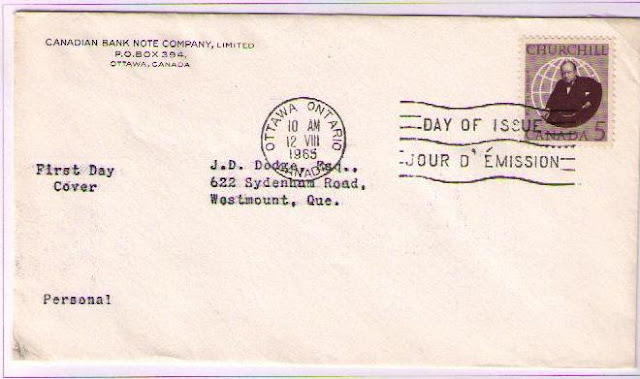 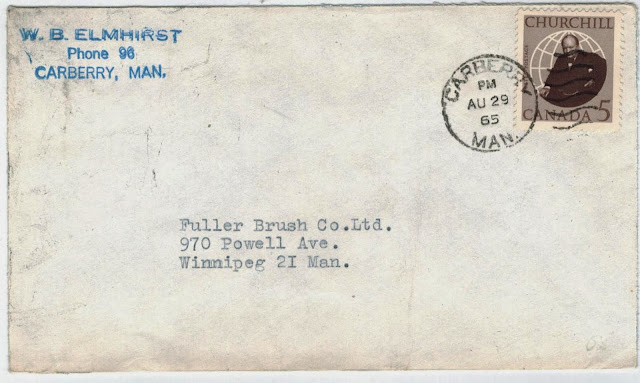 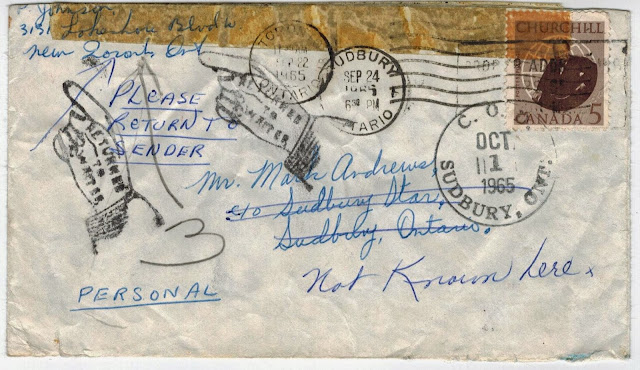 Toronto to Sudbury, September 22, 1964
Undeliverable and returned to sender 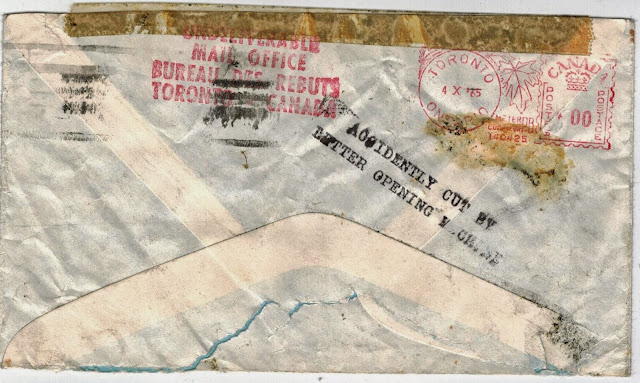 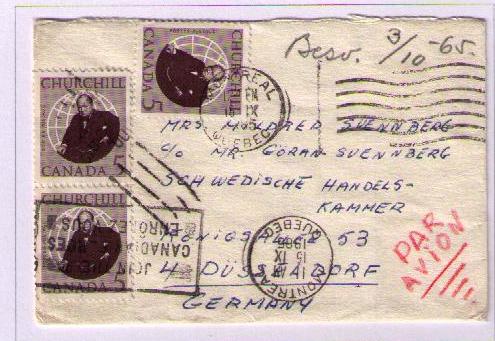 Ottawa photographer Yousuf Karsh (1908 - 2002) was one of the most famous and accomplished portrait photographers of all time. In 2008, Canada Post issued several stamps to commemorate the centennial of his birth. Included was a stamp and postage paid post card of the Churchill photograph: 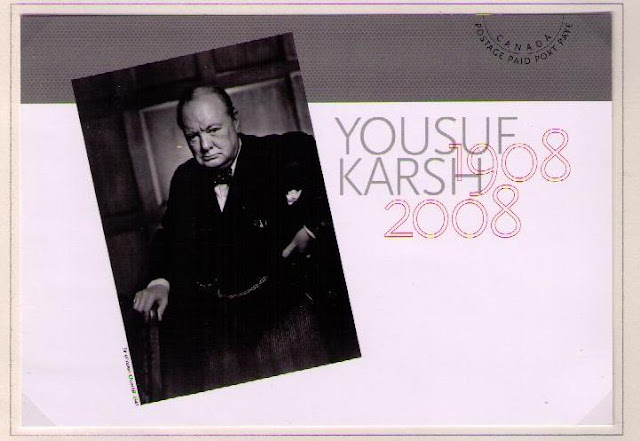 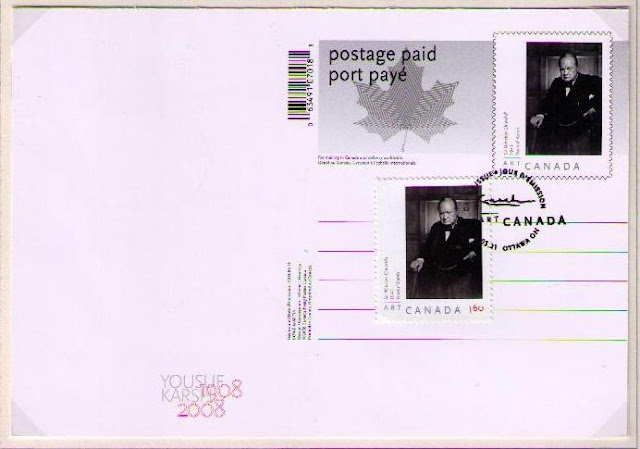 Posted by philcovex at 3:10 AM