Pacem in Terris (Peace on Earth) was the a papal encyclical issued by Pope John Paul XXIII on April 11, 1963. The encyclical did not address Catholics only, but also "all men of good will". The encyclical was written in response to the tensions arising from the Cold War.

The Canadian Post Office's "Pacem in Terris" stamp was released on April 8, 1964. It is interesting to note that the Post Office made no reference to the papal encyclical in its press releases. 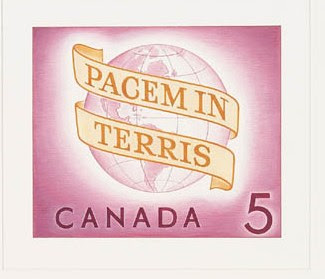 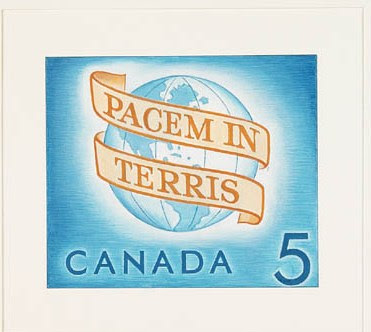 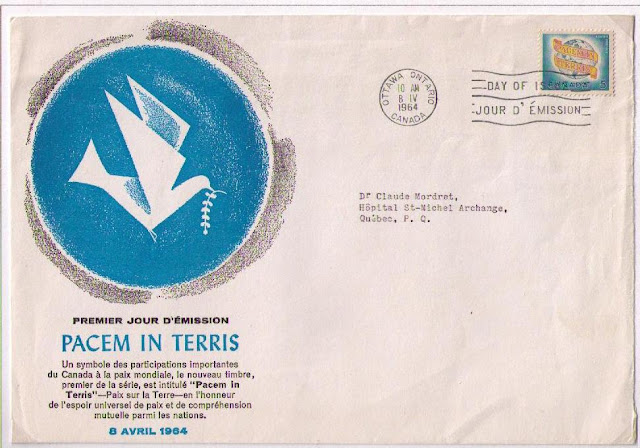 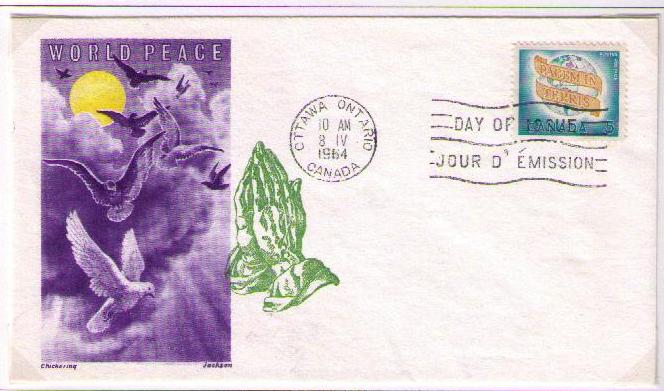 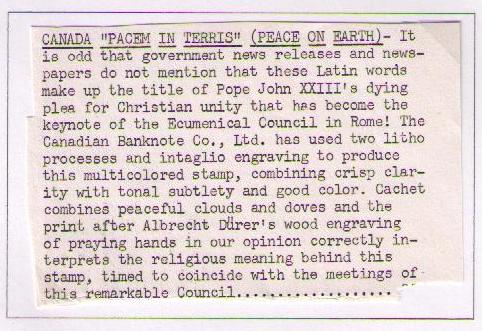 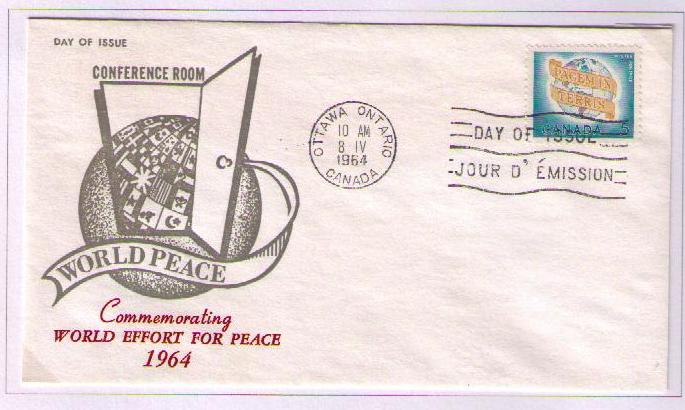 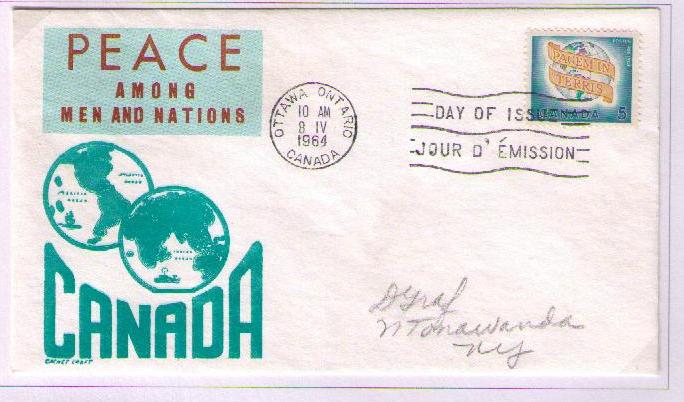 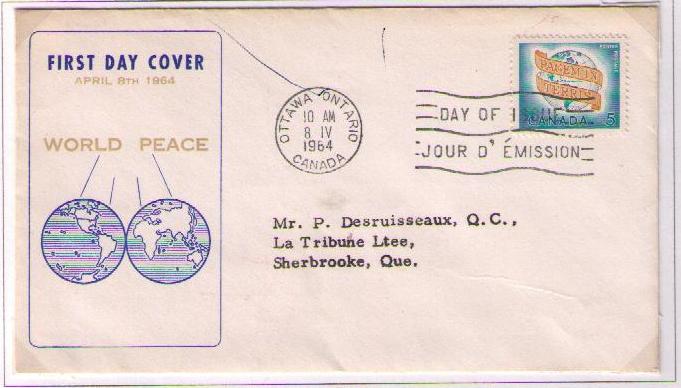 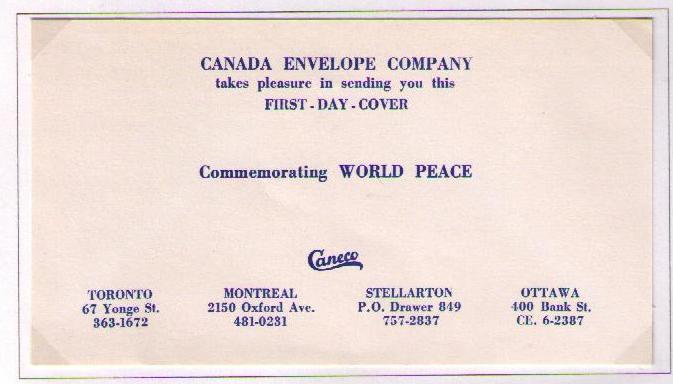 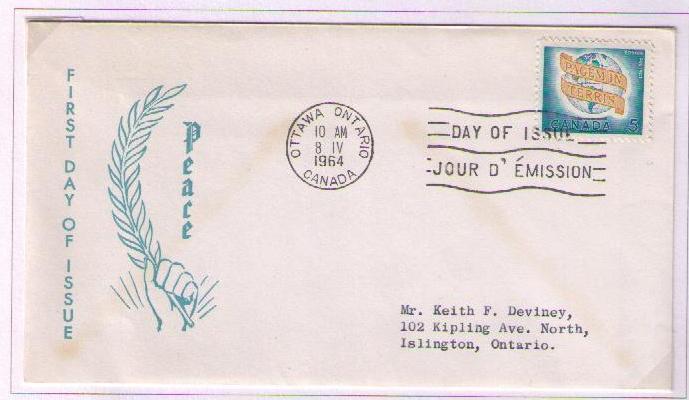 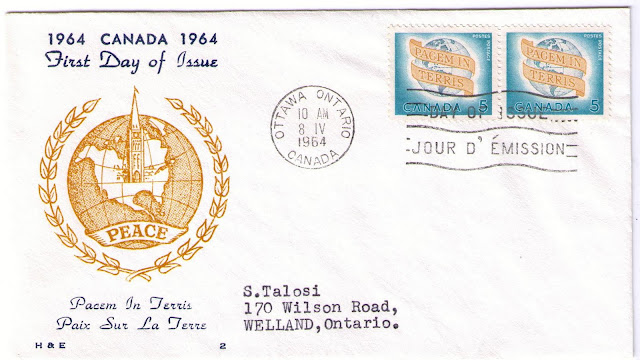 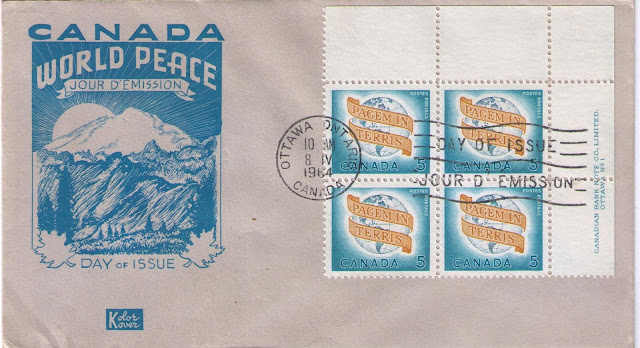 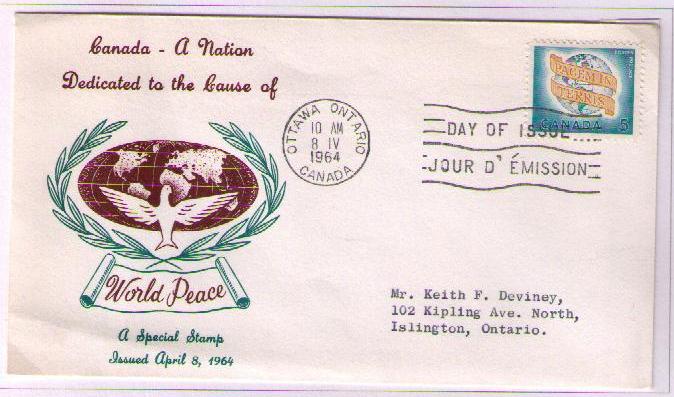 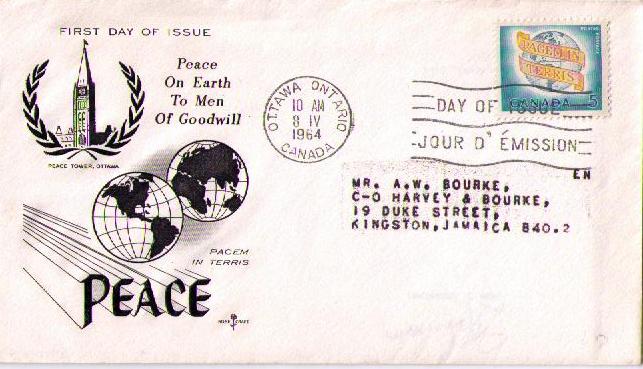 Canadian Post Office first day cover. The CPO used "Rosecraft" envelopes to announce the release of the Peace stamp. This announcement was mailed to Jamaica. 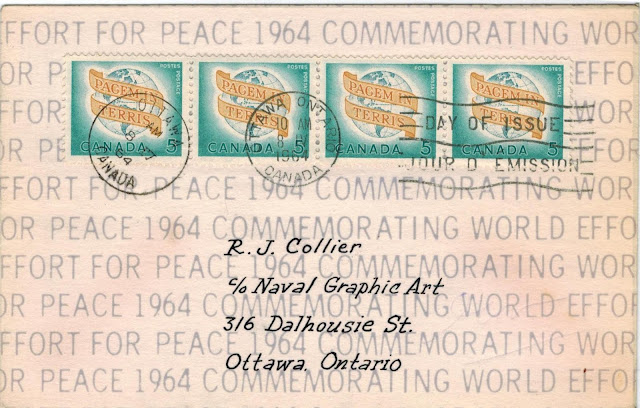 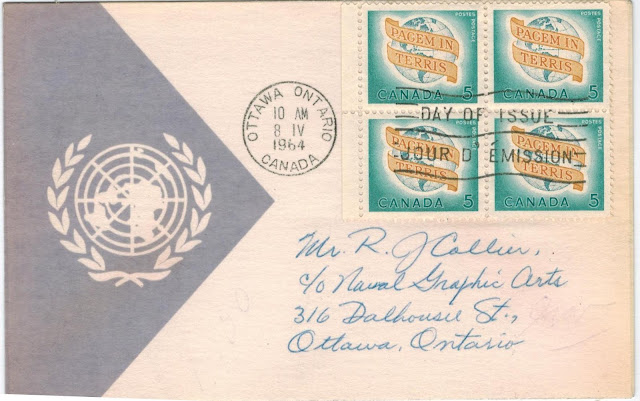 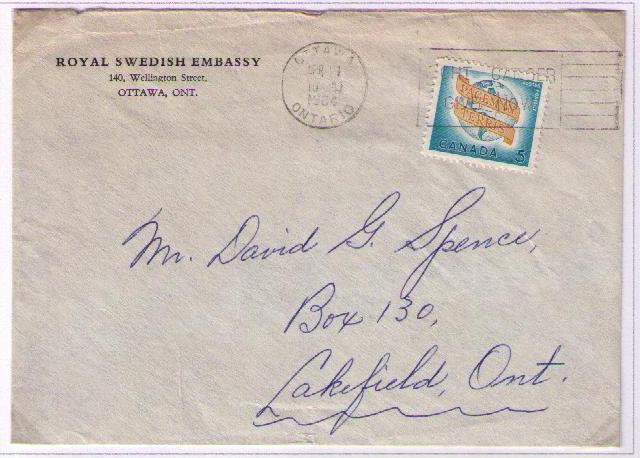 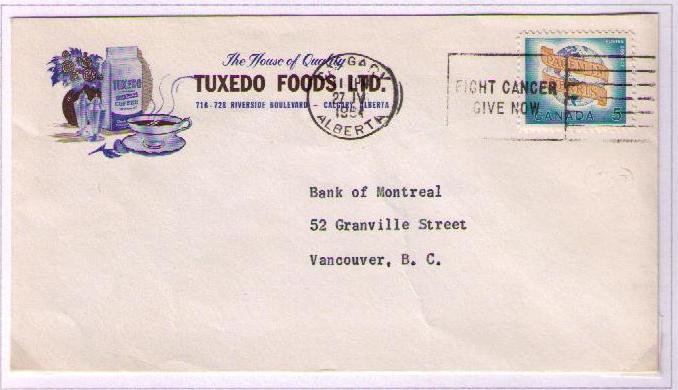 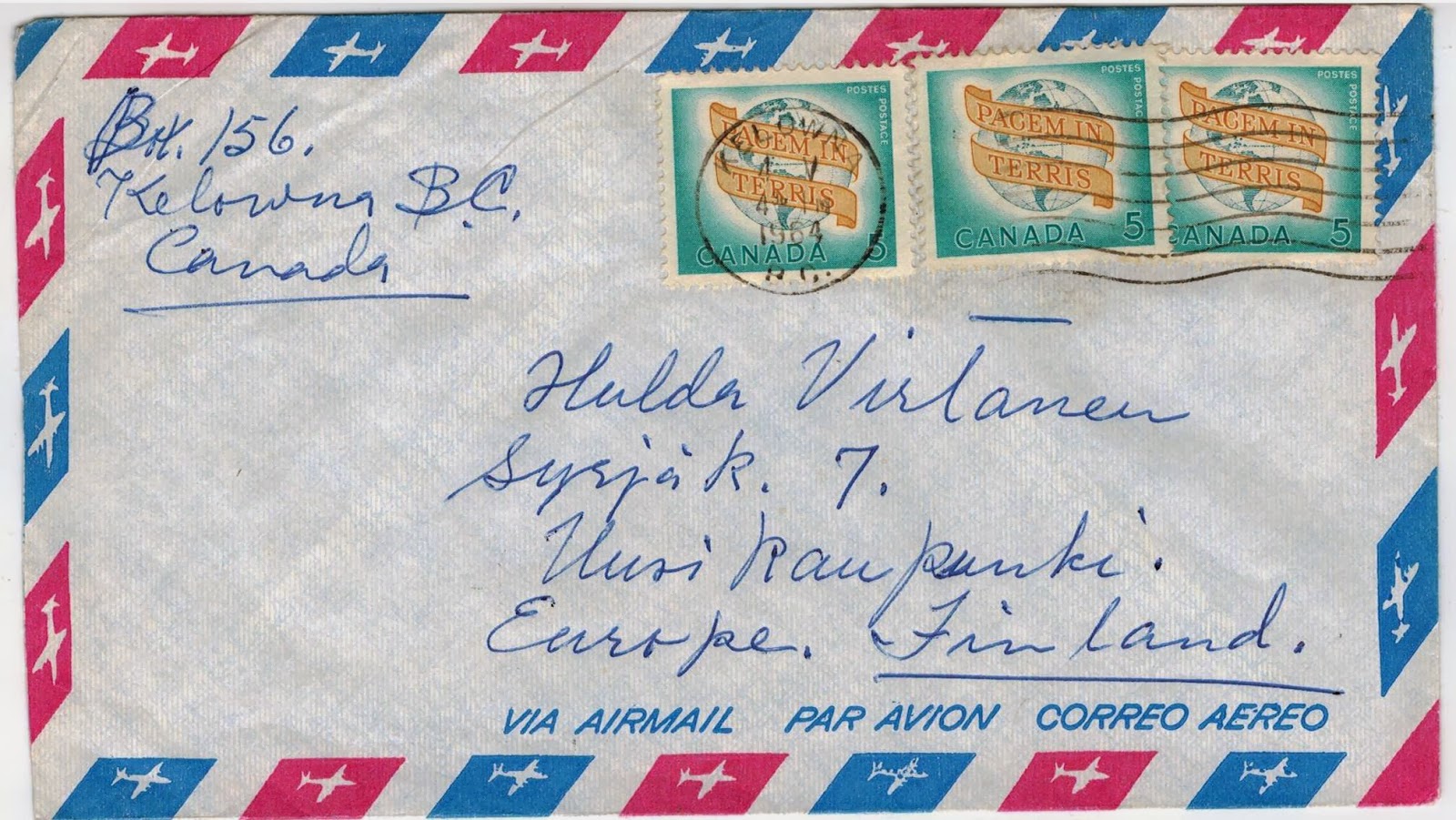 Kelowna to Uusikaupunki, Finland, May 4, 1964
15 cents paying the half ounce air mail letter rate to Europe