The Charlottetown Conference was held in Charlottetown, P.E.I., for representatives from the colonies of British North America, Canada, New Brunswick, Nova Scotia, and Prince Edward Island, to discuss Canadian Confederation. The conference took place between September 1-9 1864. 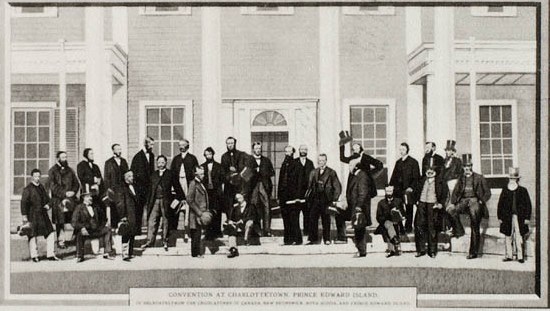 On June 1, 1935, the Canada Post Office issued a 13 cent definitive stamp featuring the above photograph of the Charlottetown Conference delegates. 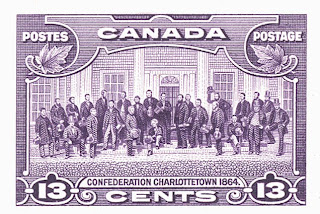 National Archives of Canada
To mark the 100th Anniversary of the Charlottetown Conference, the Canada Post Office issue a 5 cent commemorative stamp on July 29, 1964. 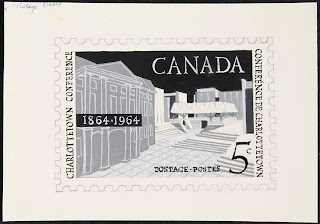 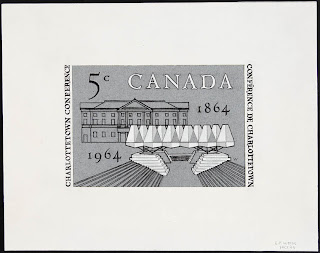 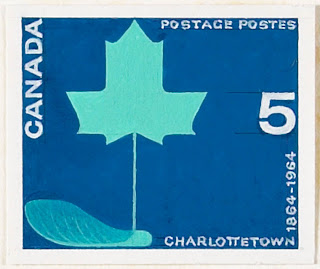 National Archives of Canada
Ernst Roch
The seed that grew into a maple tree! 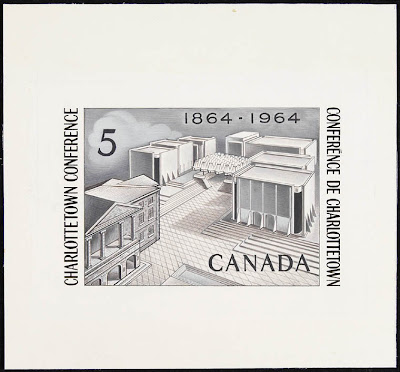 The stamp design was described as follows in the Post Office Department Press Release:


The stamp illustrates the new Fathers of Confederation Memorial which has been constructed in Charlottetown to mark the centenary of the historic meeting. At the left is the Provincial Building, site of the original conference. The new complex contains many public buildings including a library and an auditorium, all of modern design in contrast with the traditional structure of the Provincial Building immediately adjacent to it. The stamp was detailed and engraved by the Canadian Bank Note Company Limited, based on suggestions put forward by Philip Weiss of Ottawa, designer of many Canadian postage stamps. 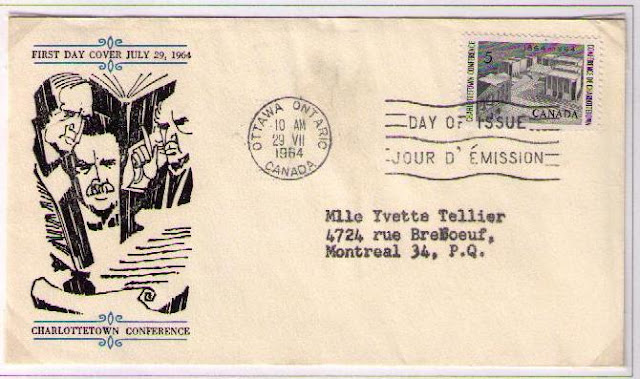 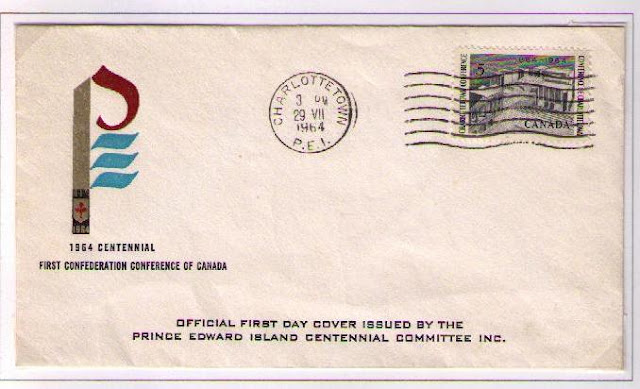 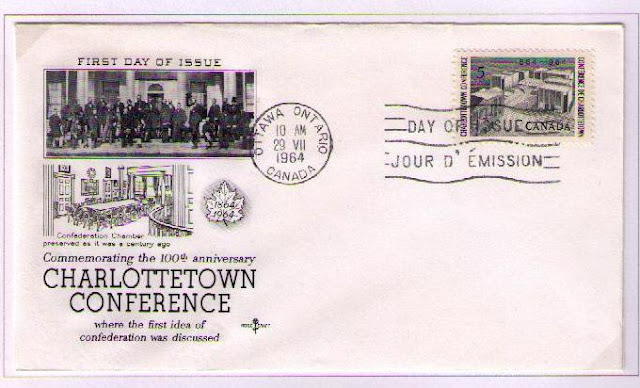 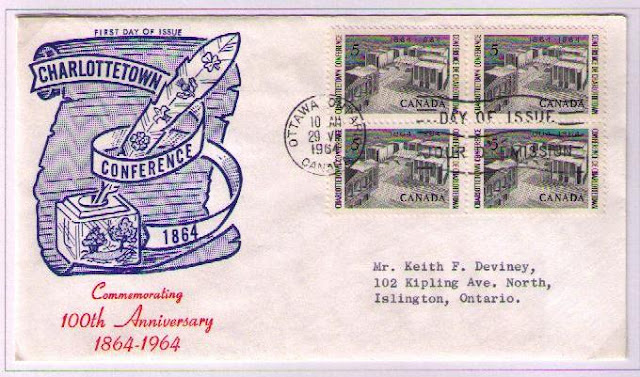 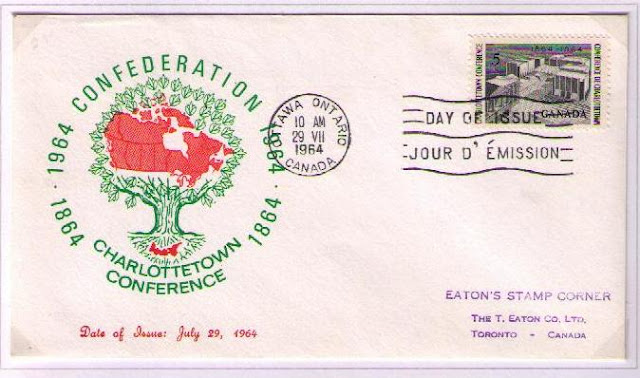 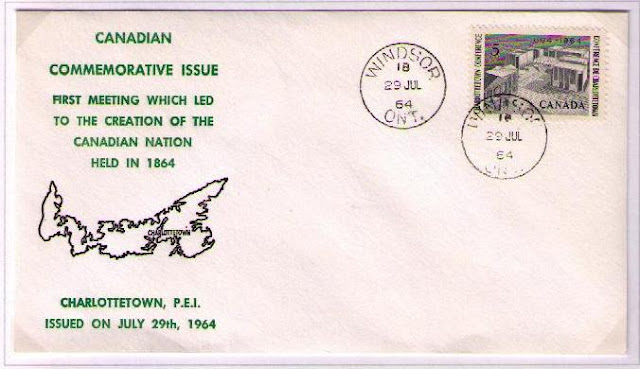 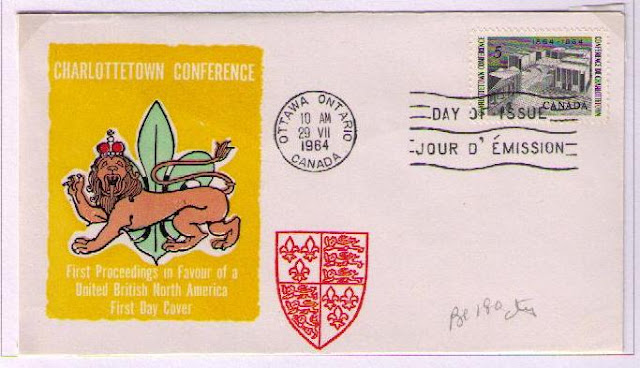 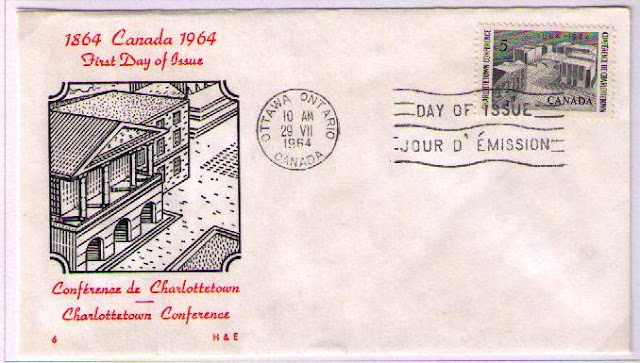 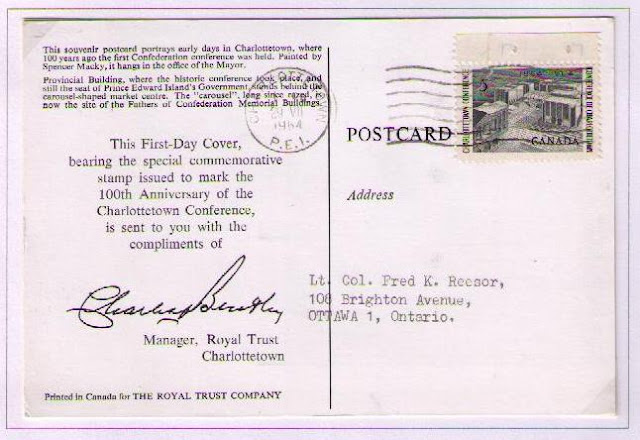 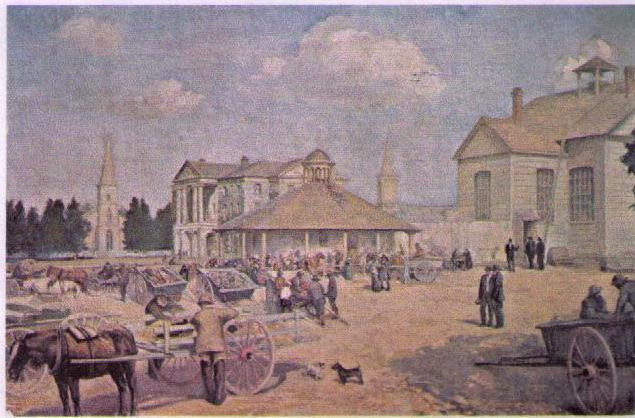 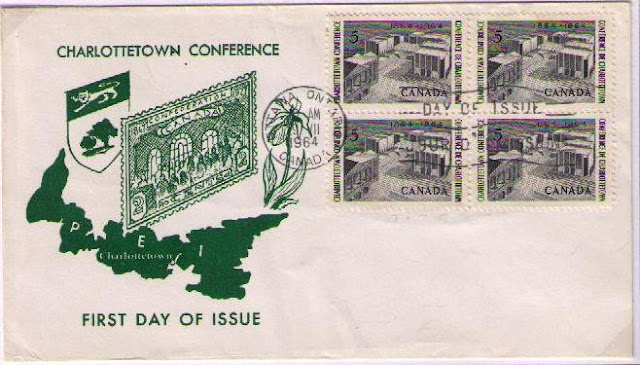 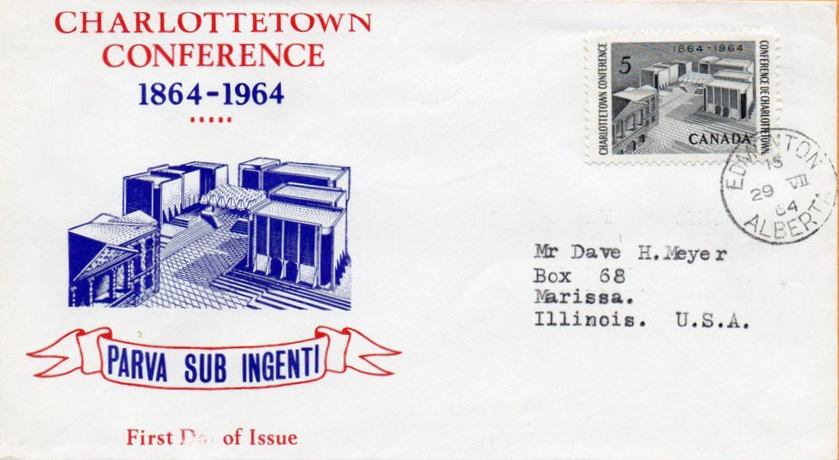 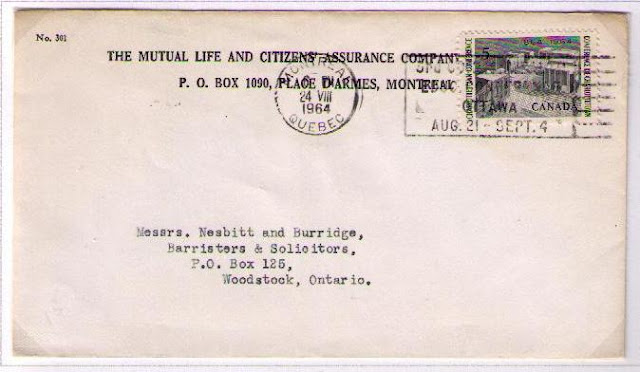 Montreal to Woodstock, August 24, 1964
5 cents forward letter rate
Posted by philcovex at 5:09 AM