1964 Royal Visit
On October 5, 1964, the post office issued a commemorative stamp to honour Queen Elizabeth's 1964 visit. The Queen was scheduled to visit Charlottetown and Quebec City, the sites of the famous 1864 political conferences which ultimately led to Canadian Confederation in 1867.
It was a difficult time for the Queen to visit Quebec City and celebrate the creation of the Canadian nation. Quebec nationalism was becoming a growing force in the province, and Quebec sovereignists such as Pierre Bourgeault and his organization the Rassemblement pour l'Independence Nationale (RIN) were vehemently opposed to Elizabeth's trip to Quebec City. Bourgeault warned months before the visit, "either Ottawa cancels the Queen’s trip to Quebec or we can’t make any promises about the attitude that French-Canadians will take before this provocation."
The Queen's Visit to Quebec City 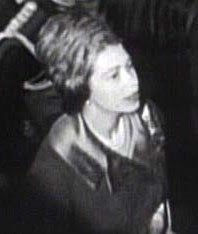 Queen Elizabeth's trip to Quebec City was not cancelled. When the Queen arrived at Quebec City she was greeted by demonstrators who lined the route of her procession showing their backs to her. She delivered a speech to the Legislative Assembly in both English and French praising Canada's two "complementary cultures" and the strength of Canada's two founding peoples. Following her departure from the Quebec Parliament, demonstrators marched through the streets. They were dispersed by police, with 36 persons arrested, leading to the day being called Samedi de la matraque ("Truncheon Saturday").
This episode foreshadowed the divisive political turbulence that was to follow in Quebec and Canada.

The Royal Visit stamp, from a photograph by Anthony Buckley of London, England, showed the Queen in a seated position, wearing a simple white gown and a tiara. 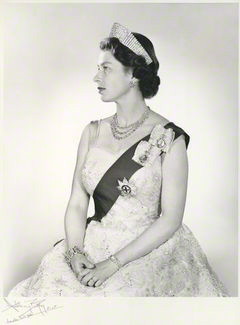 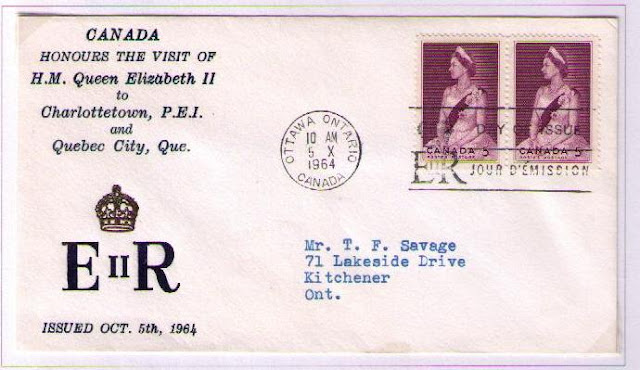 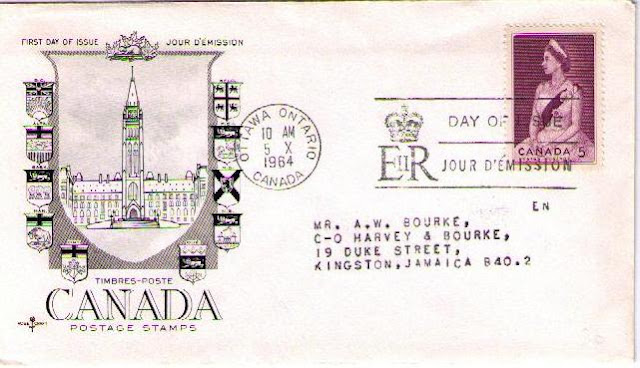 The post office mailed announcements of new issues inside first day covers. The Royal Visit stamp announcement was enclosed in a Rosecraft envelope in this mailing to Jamaica. 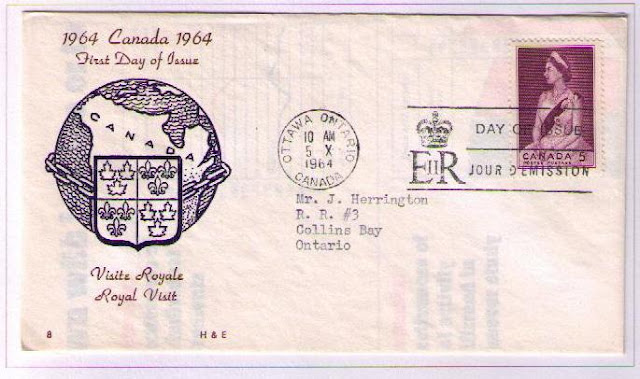 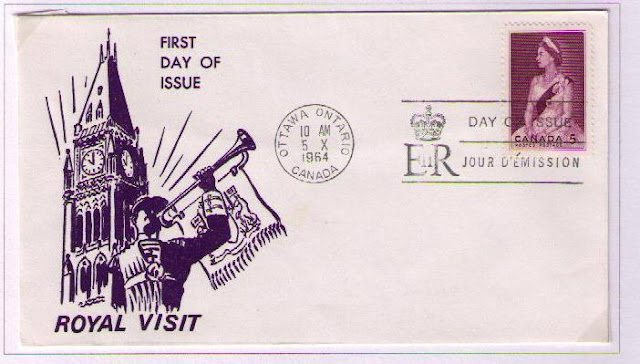 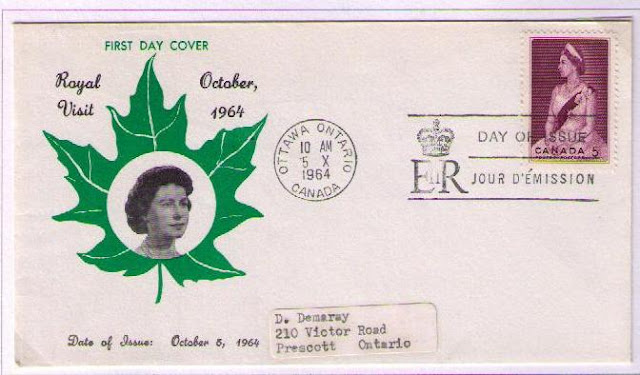 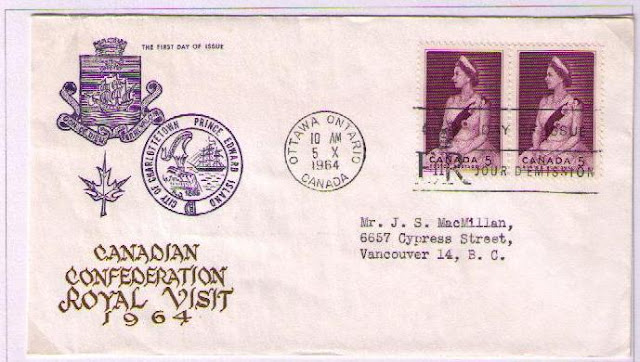 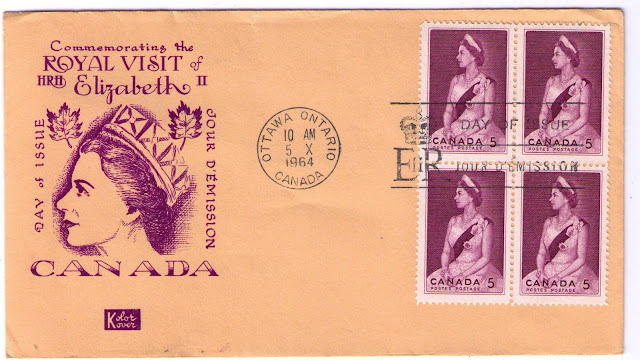 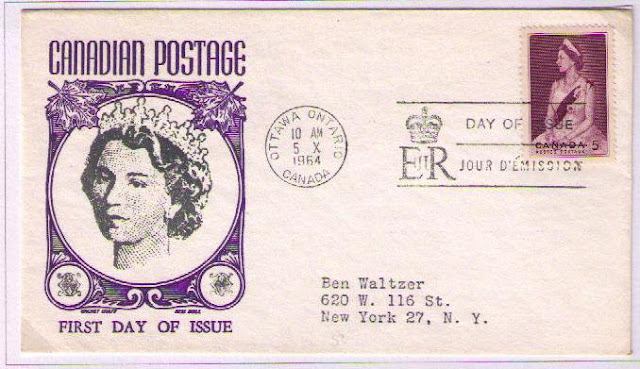 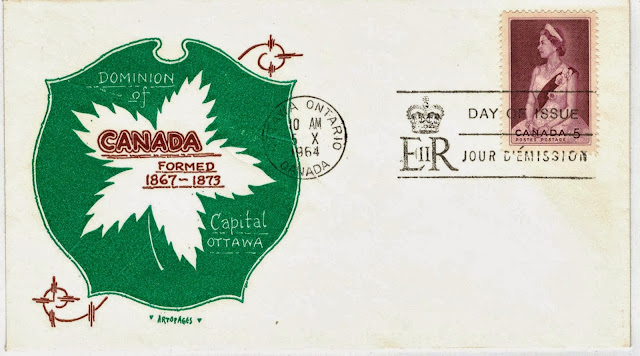 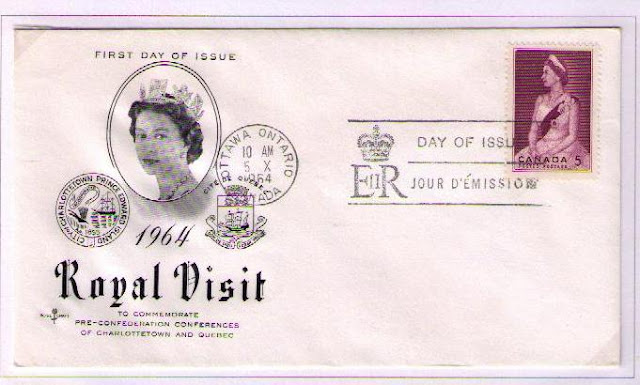 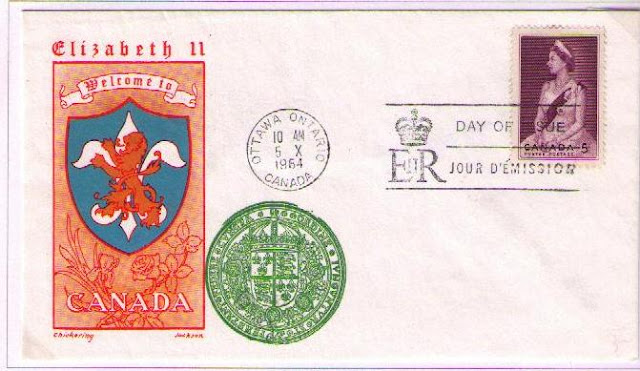 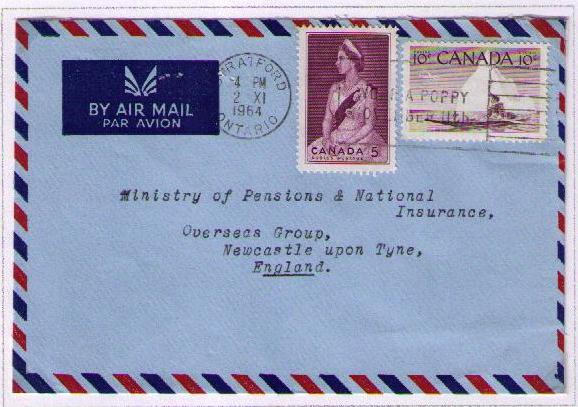 Stratford to Newcastle upon Tyne, November 2, 1964
15 cents air mail letter rate to Great Britain
Posted by philcovex at 4:20 AM